‘Get updated on your boosters!’: Selena Gomez reveals she has COVID which means she will have to CANCEL her appearance on Fallon… but is ‘OK’

The Calm Down singer shared the news on her Instagram stories on Wednesday morning as she was seen laying on a sofa with a fur blanket over her as her dogs rested nearby.

In her caption, the 30-year-old Wizards Of Waverly Place vet told her followers that they need to take COVID seriously because it is still out there. 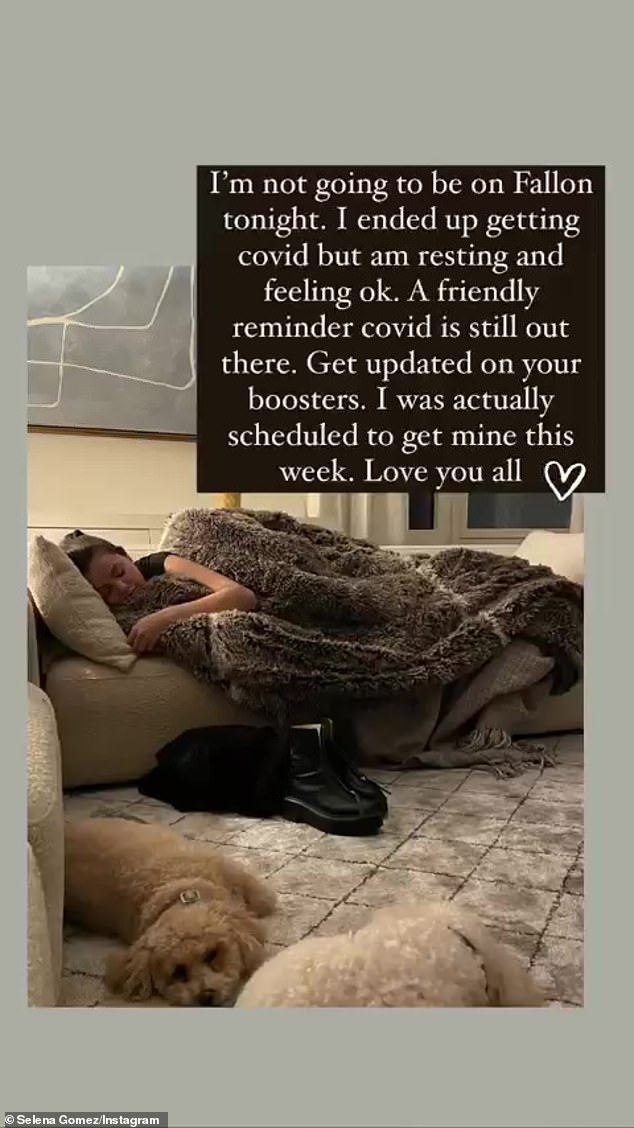 Ill at home: Selena Gomez has COVID. The singer shared the news on her Instagram stories on Wednesday morning as she was seen laying on a sofa with a fur blanket over her as her dogs rested nearby

‘I’m not going to be on Fallon tonight,’ her noted began.

‘I ended up getting covid but am resting and feeling ok. A friendly reminder covid is still out there. Get updated on your boosters. I was actually scheduled to get mine this week. Love you all!’

Gomez’s health is a major priority as she has been battling Lupus.

She was last seen last week in NYC. The star bundled up against the cold while grabbing dinner at the celeb haunt Carbone a week ago. 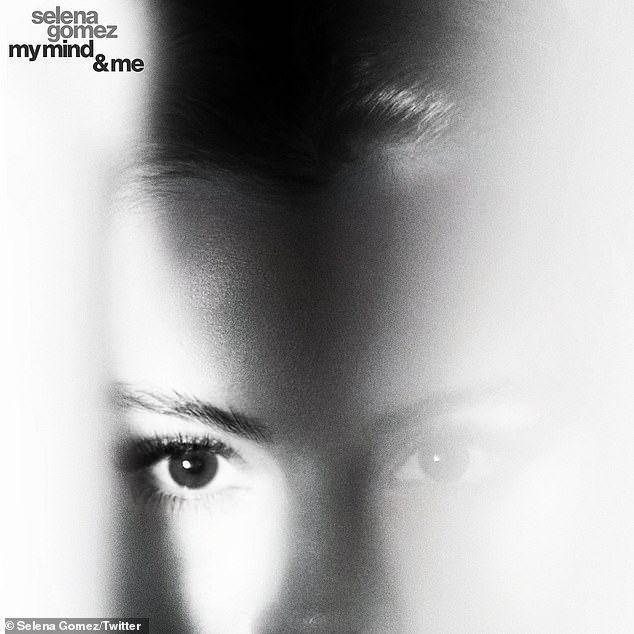 New music: She has teased the new single My Mind & Me which comes out November 3

The Monte Carlo actress donned a fuzzy black and white striped sweater underneath a stylish black trench coat that hung off her slender shoulders.

For a casual-cool effect, the Calm Down hitmaker completed the look with frayed blue jeans and black square-toe boots.

Gomez accessorized with big gold hoop earrings, and she painted her lips a vibrant red shade. 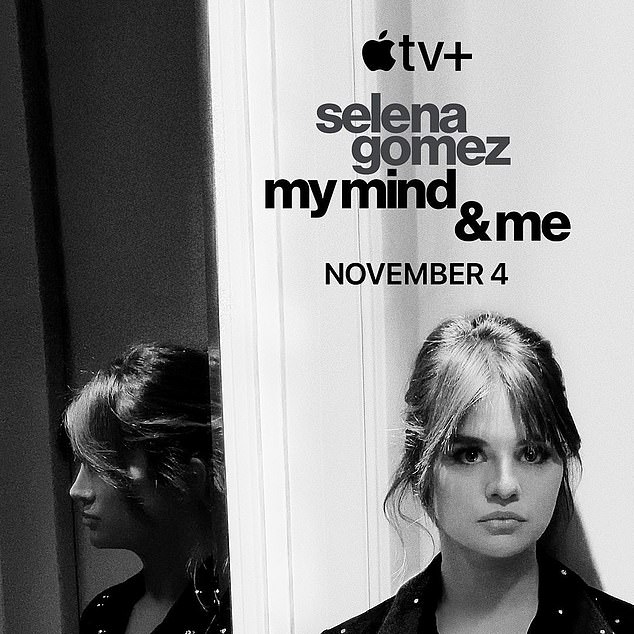 A new look for a veteran: The Texas native looked stylish with her bangs down

The Hotel Transylvania actress tied her dark brown hair back in a tight bun. She seemed to be carrying a black handbag underneath her long coat.

Gomez’s appearance out came after a viral moment where the Texas native embraced Hailey Bieber, who is married to her ex boyfriend Justin Bieber.

Just two weeks after the 26-year-old supermodel publicly denied stealing her husband Justin Bieber from the pop star, the duo looked friendlier than ever as they smiled with their faces close together during the star-studded event. Tyrell Hampton shared a number of the photos to his Instagram.

As the Vogue cover girl sat straight in her chair with one hand by her side and the other on her thigh, the Lose You to Love Me hitmaker had one of her arms gently wrapped around Hailey’s leg as she kneeled by her side. 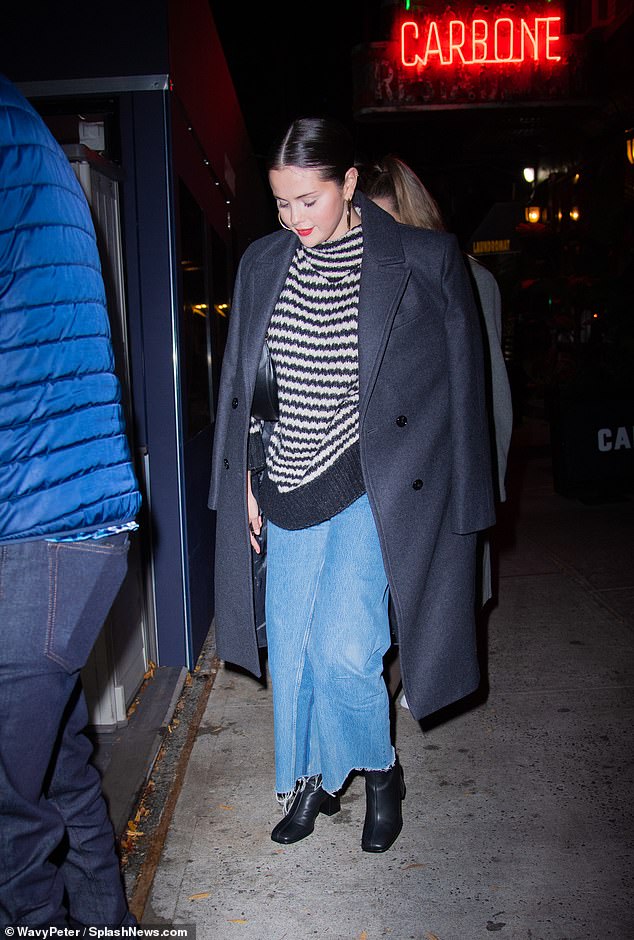 Bundled up: Gomez bundled up against the cold while walking through New York City a week ago

Other snaps showed them standing up and hugging as Hailey held a cocktail and Gomez made it clear she holds no resentment toward her ex-boyfriend’s wife by warmly embracing her.

Both women, have been pitted against one another for years, looked cheerful as they chatted and shut down any speculation of drama between them.

Their decision to be photographed together was reportedly to show the public ‘there’s no beef or bad feelings’ anymore, a source told ET. 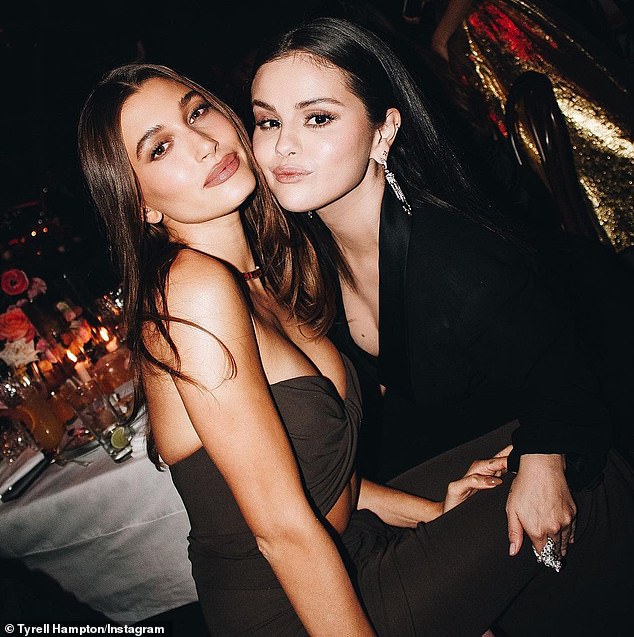 ‘Selena and Hailey were both super chill together at the Academy Museum Gala. They’ve both moved on and are happy in their own lives,’ the insider revealed. ‘They wanted to show the world that there’s no beef or bad feelings between them anymore.’

As for Justin, who did not attend the gala, he is said to be ‘very happy with the fact that they can all move on and that it can be peaceful between everyone.’

The duo’s sighting together comes after Hailey set the record straight about the timeline of her and Justin’s relationship after years of fan-driven speculation that she ‘stole’ him from Gomez.

During her appearance on the Call Her Daddy podcast last month, the Rhode founder insisted to host Alexis Cooper that Justin, 28, had not cheated on Gomez with her.

‘No, not once,’ she stated, adding that she and Justin began ‘hooking up’ after he’d already split from his former on/off girlfriend in early 2018.

‘When him and I started hooking up, or anything of that sort, he was not in any relationship, It’s not my character to mess with someone’s relationship, I was raised better than that,’ Hailey stressed. 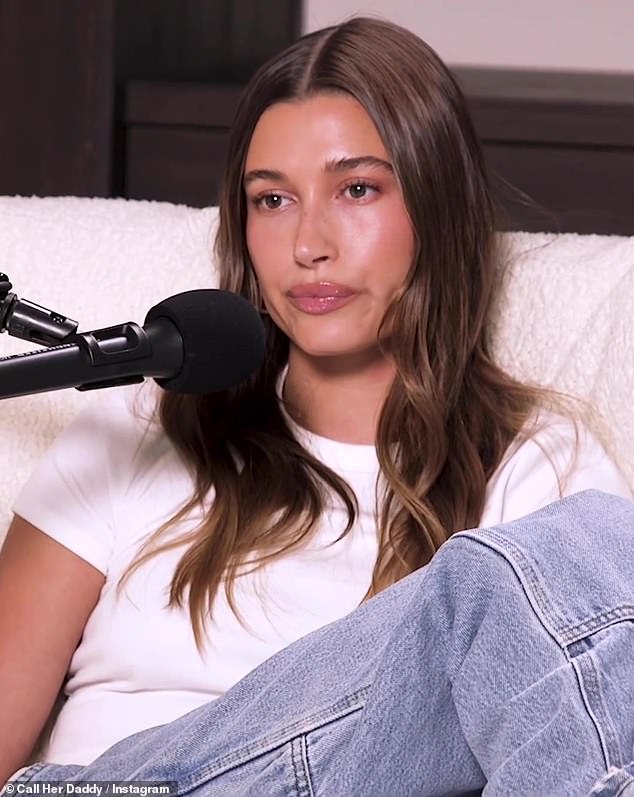 Honest: The duo’s sighting together comes after Hailey set the record straight about the timeline of her and Justin Bieber’s relationship after years of fan-driven speculation that she ‘stole’ him from Gomez

Justin and Hailey, who’d had a previous fling in 2016, rekindled their flame in mid-2018. They were engaged by July – two months after his breakup with Selena – and tied the knot two months later.

‘I understand how it looks from the outside, but that was a situation where I know for a fact that it was the right thing for [Justin and Selena] to close that door, but of course, there’s a very long history there and I respect that a lot.

‘I don’t want to talk on either one of their behalf’s,’ she explained.

Meanwhile Selena seemed to reference the events in her 2020 hit song, Lose You to Love Me, with the lyrics, ‘In two months you replaced us like it was easy.’ 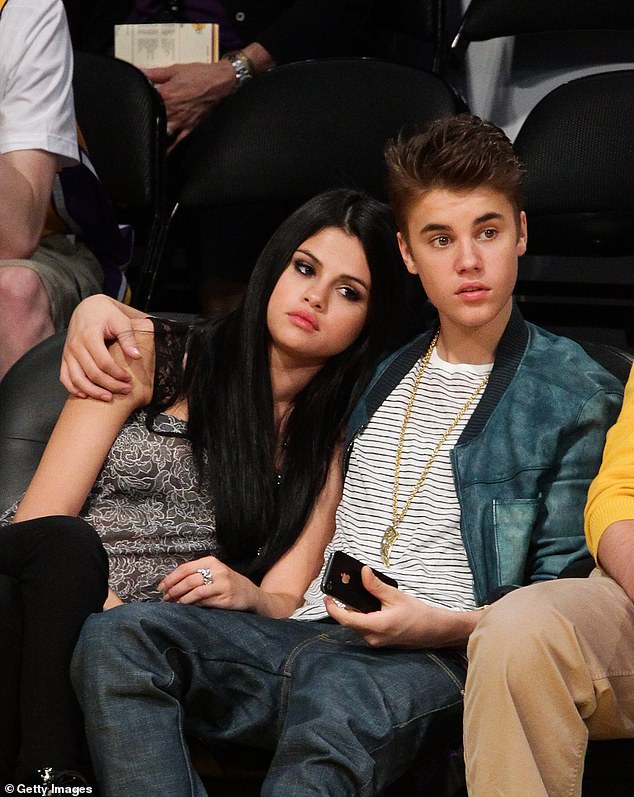 Didn’t happen: During her appearance on the Call Her Daddy podcast, the model insisted to host Alexis Cooper that Justin had not cheated on Gomez with her; Justin and Selena seen in 2012

Being that Justin and Selena dated on/off for nearly a decade, fans of both artists felt emotionally invested in their highly-publicized ‘Jelena’ romance.

So, when they called it quits and he moved on with Hailey, she became the main target of online backlash and fan conspiracies.

‘A lot of the hate comes from like ‘oh you stole him’ and the fact that he wished he ended up with someone else. And that’s fine, you can wish that all you want, but it’s not the case.’

‘There’s a certain numbness that you get,’ she said of coming across hate comments and posts from ‘Jelena’ devotees. 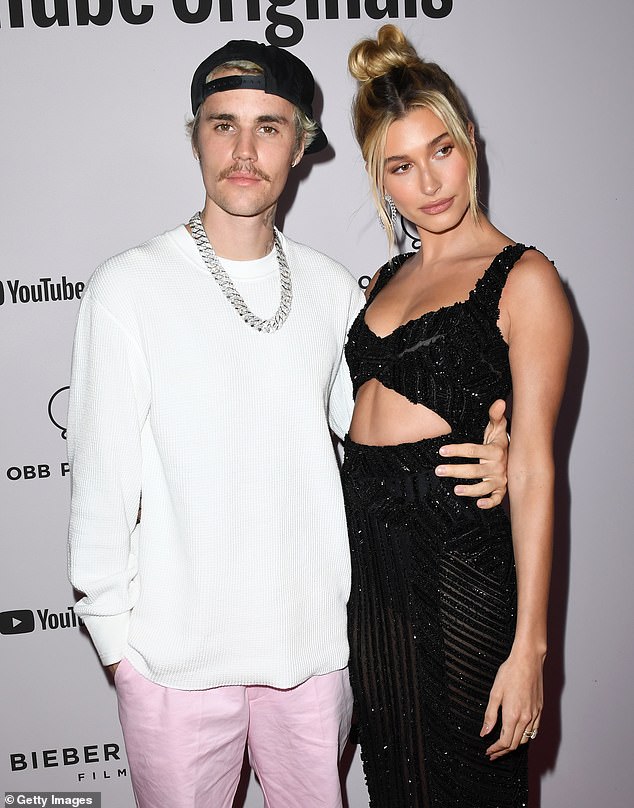 ‘When him and I started hooking up, or anything of that sort, he was not in any relationship, It’s not my character to mess with someone’s relationship, I was raised better than that,’ Hailey stressed; Justin and Hailey seen in 2020

‘It still happens to this day, if I was to go live right now, it would still be happening. You reach a point where you have to ignore it,’ she told Cooper.

Earlier in the day, a snippet from Hailey’s Call Her Daddy interview was teased online which touched on rumors that there was some crossover between her and Selena.

‘This is so crazy I’ve literally never talked about this ever,’ the model responded after Cooper remarked on how the public was ‘obsessed’ with the relationship between Justin and Selena.

Then Cooper asked outright, ‘Were you ever with Justin romantically at the same time as [Selena]?’

Bieber said she did want to finally address the claims about her stealing Justin from Selena. ‘It’s about people knowing the truth. Because there’s a truth,’ Hailey explained, but the ‘truth’ was not revealed on the clip.

Selena and Justin began dating in 2010. The former Disney star was about 18 at the time, Justin, about 16. The couple’s first big break happened in 2012 and was followed by a series of makeups and breakups until 2018. Justin and Selena were last seen together in March of that year.