He memorably described Primrose Hill as ‘the friendliest place I have ever lived by far’, after moving there following the stroke which almost cost him his life. But is Andrew Marr reconsidering his assessment?

In a forthright attack on his ‘white, middle-class’ neighbours in the North London enclave, the BBC broadcaster decries recreational drug-taking, which he says is rife behind closed doors in its privileged streets.

The locale has, of course, been synonymous with hedonism since the heyday of its most famous residents, Sadie Frost and her ex-husband Jude Law. 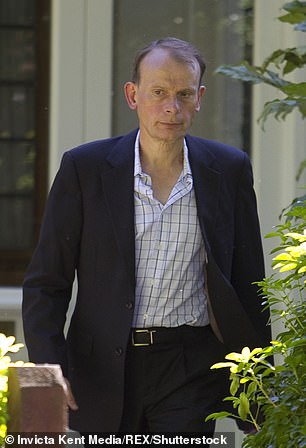 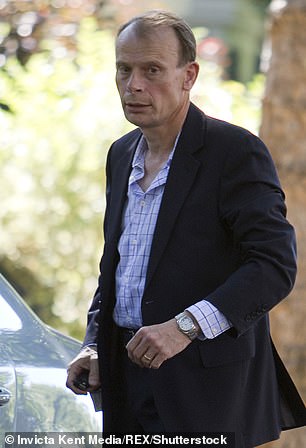 BBC journalist Andrew Marr has linked residents of Primrose Hill taking drugs with the slaughter on the streets. He said the drugs trade is ‘incredibly violent’ and said ‘we should be much more judgmental about middle-class drug taking’ 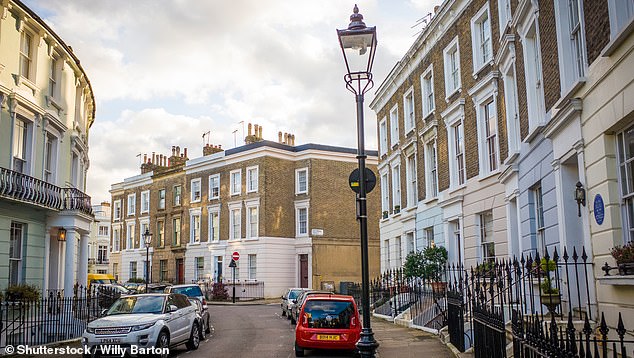 ‘In Primrose Hill we have some of the richest people living in their nice houses and going to their lovely cafes, and in the other direction there are young kids in gangs who are killing each other,’ Marr observes of the area, where locals include Led Zeppelin legend Robert Plant and Channel 4 newsman Jon Snow.

Spelling out the link between the killings and those taking narcotics at home, Marr adds: ‘The drugs trade is incredibly violent, lethal and destroying lives in big numbers, and the people doing it are the middle-class, wealthy people taking drugs in the privacy of their own homes. We should be much more judgmental about middle-class drug taking.’

But Marr, who reportedly limits his own pleasures to ‘the odd pint of Camden IPA’, admits that it is possible to go through life cocooned from reality.

‘If you are white and middle class, you don’t see what is going on,’ he says, adding that it was the local vicar, Marjorie Brown, who opened his eyes to the crisis.

‘Otherwise I would be blundering around Primrose Hill like everyone else.’ 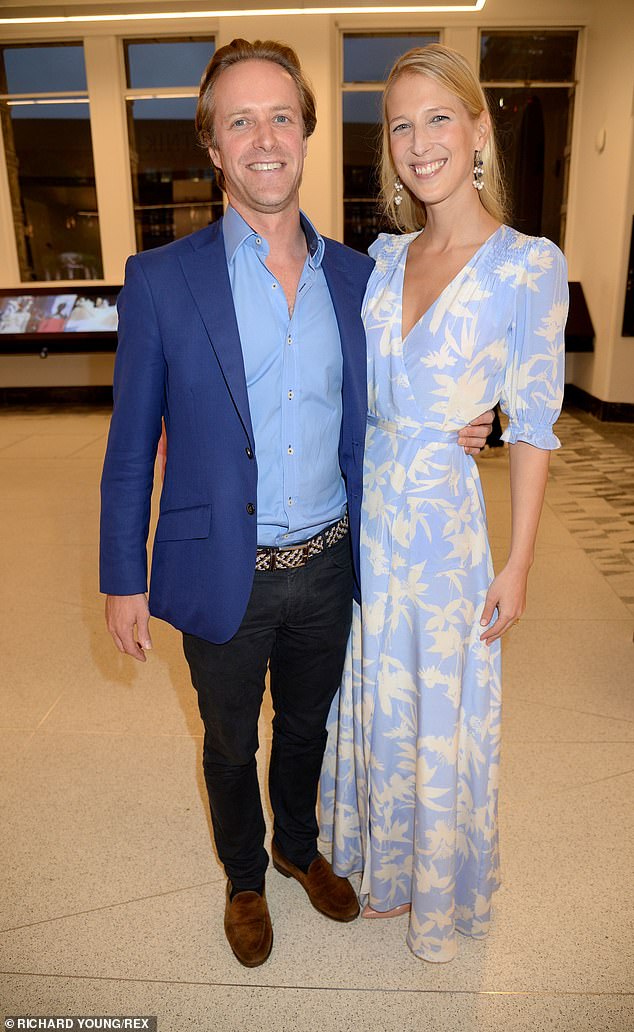 Newlyweds Lady Gabriella Windsor and Thomas Kingston made their first party appearance since their wedding, at the V&A summer bash. 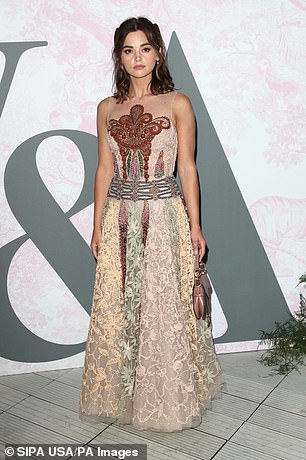 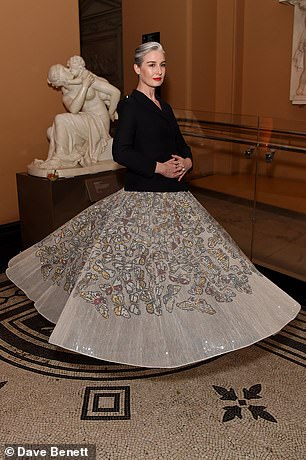 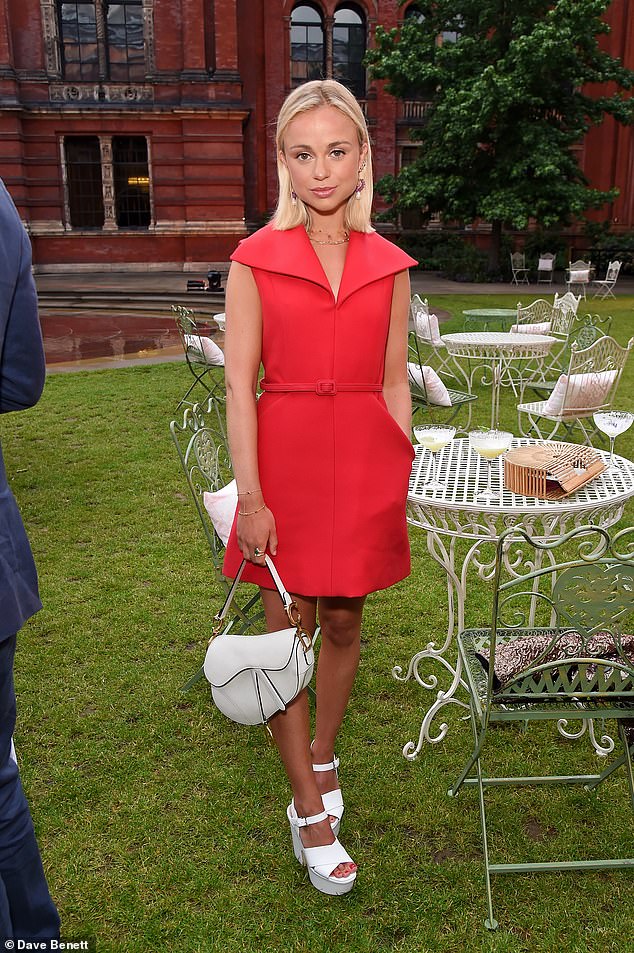 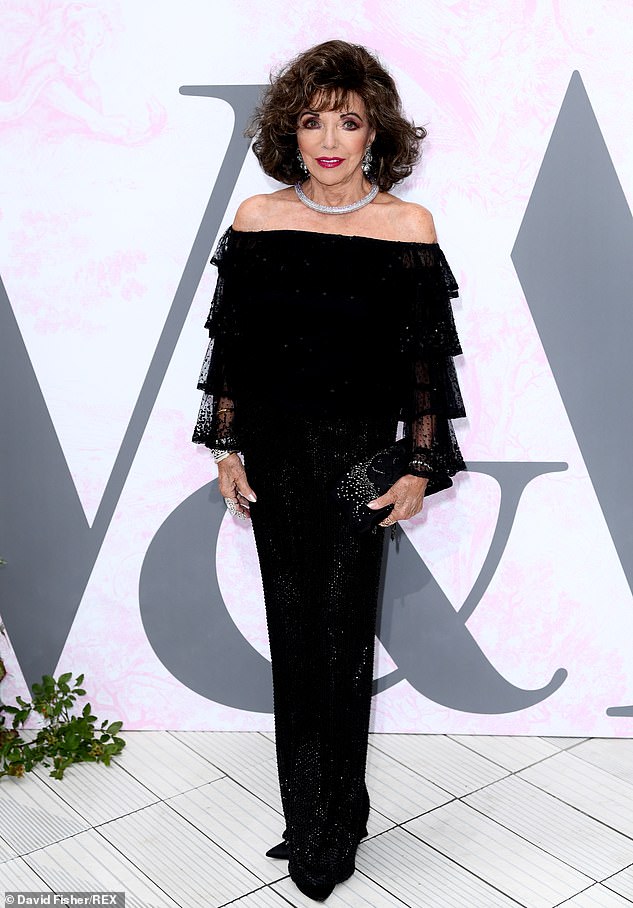 Dame Joan Collins, 86, impressed with her stamina, having spent the day at Royal Ascot 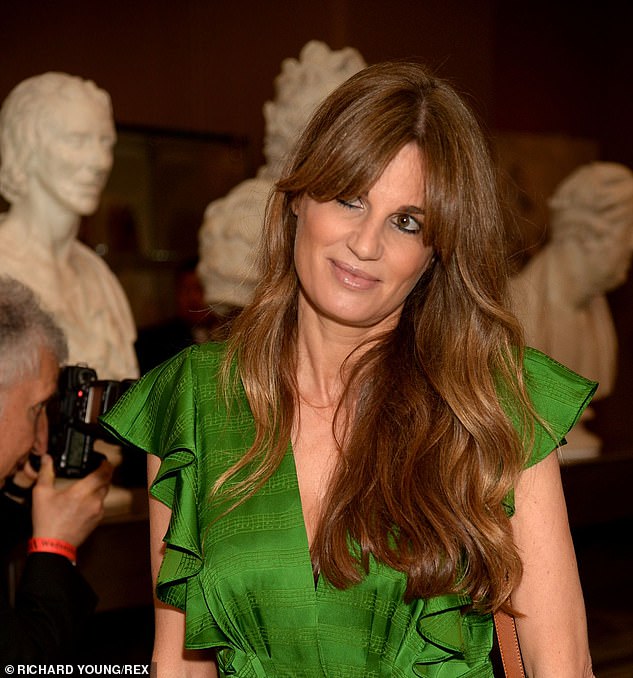 V&A chairman Nicholas Coleridge says he faces stiff competition in September when his diaries, The Glossy Years, are published. ‘My book comes out at the same time as David Cameron’s and David Beckham’s. I’m not sure which one will sell better, but I imagine Beckham’s will because he’s better looking.’

As I revealed yesterday, a new John Betjeman anthology contains a spoof by ex Private Eye editor Richard Ingrams. Now it transpires the publisher wasn’t the only one gulled. Reviewing Harvest Bells, University of East Anglia’s Jeremy Noel-Tod singled out the fake for praise: ‘No one [but Betjeman] could have written the witheringly déclassé quatrain. 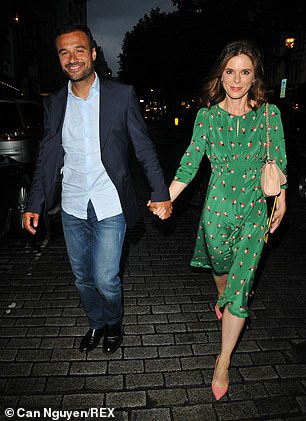 The Silent Witness star, who was in an on/off relationship with 57-year-old Marco for five years, attended the opening night of Bitter Wheat in the West End this week with her new boyfriend, talent agent Luc Chaudhary.

The 44-year-old, whose clients include Titanic star Billy Zane, looked soigné in a blazer, blue shirt and jeans.

Emilia, also 44, who has an eight-year-old daughter, Rose, with actor Jeremy Gilley, sported a £695 Suzannah silk dress. Luc switched careers in 2011 after working in the City.

Roald Dahl’s animal-loving granddaughter, Sophie, is ‘heartbroken’ that her family cat has died after nine years.

‘We picked her up from Battersea Dogs and Cats Home. She was an elegant slip of a thing, with greengage eyes and a heart murmur,’ recalls ex-model Sophie, 41, who is married to jazz singer Jamie Cullum.

‘She was called Princess, which always felt a bit silly, but she was so tough she could wear it.We are heartbroken but so grateful to have loved and been loved by such a magnificent, brilliant, kind, fearless soul.’

Who says writers have to flog themselves for a pittance? Fifty Shades Of Grey author E. L. James — real name Erika Leonard — is still coining it in eight years after she introduced sexual sadist Christian to the world.

Accounts for her company Fifty Shades Ltd reveal it racked up more than £15.4 million last year and paid Leonard dividends of £6.9 million. Spanking!

They say politics is showbusiness for ugly people, and Culture Secretary Jeremy Wright must have hoped a little pop glamour would rub off on him as he declared his love of Coldplay at the UK Music Summer party.

He treated his Southbank audience to a verse of the band’s Viva La Vida as cautionary advice to the Tory leadership rivals: ‘Revolutionaries wait, For my head on a silver plate, Just a puppet on a lonely string, Oh, who would ever want to be king?’ Wright avoided the song’s climactic line: ‘Never an honest word. But that was when I ruled the world.’ 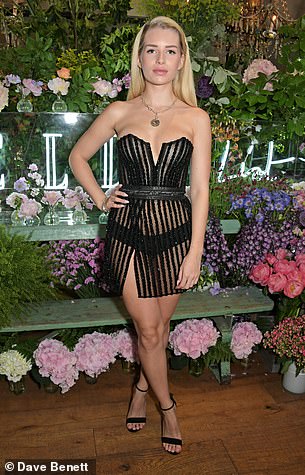 Lottie Moss at the Elle List party in London

The half-sister of Kate Moss confessed she was at first intimidated by the £17,500 outfit.

‘I’m feeling super uncomfortable with my weight at the moment because I’ve eaten too much ice cream, so wearing this dress was a big thing for me,’ she told me, ‘but it’s important for people to know that it’s OK to go up and down in weight.’

Lottie, 21, reveals she’s off to California at the end of summer.

‘I’m moving to LA in September to work on some new projects. I’ll miss London but not the weather.’