Scout Willis was among the star-studded list of celebrities who attended the twelfth annual amfAR Gala at the Pacific Design Center in West Hollywood.

The international non-profit organization is dedicated to the support of AIDS research HIV prevention, treatment education, and the advocacy of AIDS-related public policy.

The musician and actress, 31, is the middle child of former Hollywood power couple Bruce Willis and Demi Moore, who have remained friends even after parting ways in 1998 and divorcing in 2000 after about 11 years of marriage. 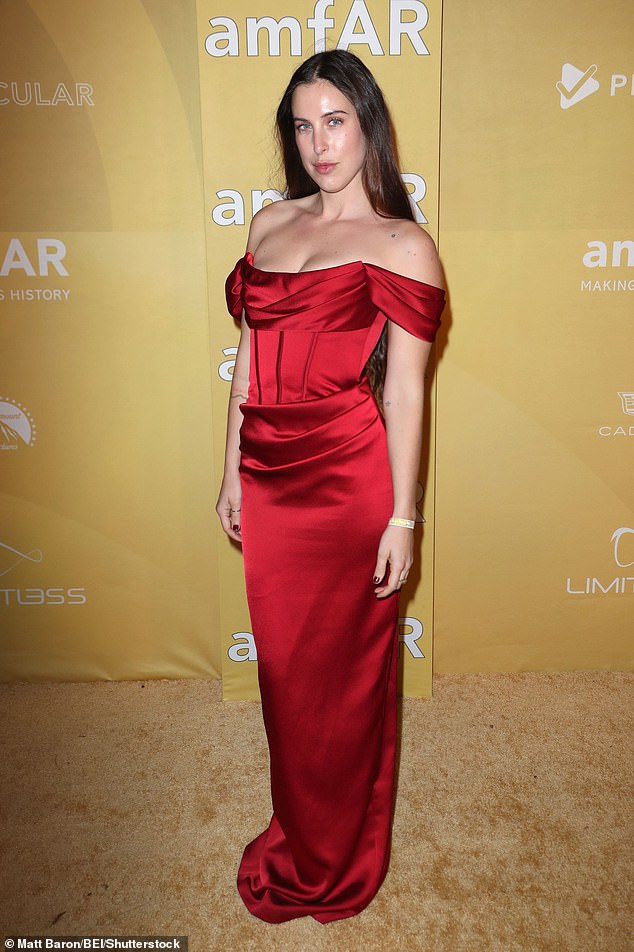 Striking: Scout Willis, 31, lend her support for the amfAR Gala at the Pacific Design Center in West Hollywood on Thursday

Willis, 31, showed off her fit figure in a striking red gown with an off-the-shoulder design.

She kept the accessorizes to a minimum, opting to go with just a pair of earrings, assortment of rings and bracelet.

Rounding out her overall look, Willis had her dark brown tresses styled long and flowing all the way down to her waistline with a part in the middle. 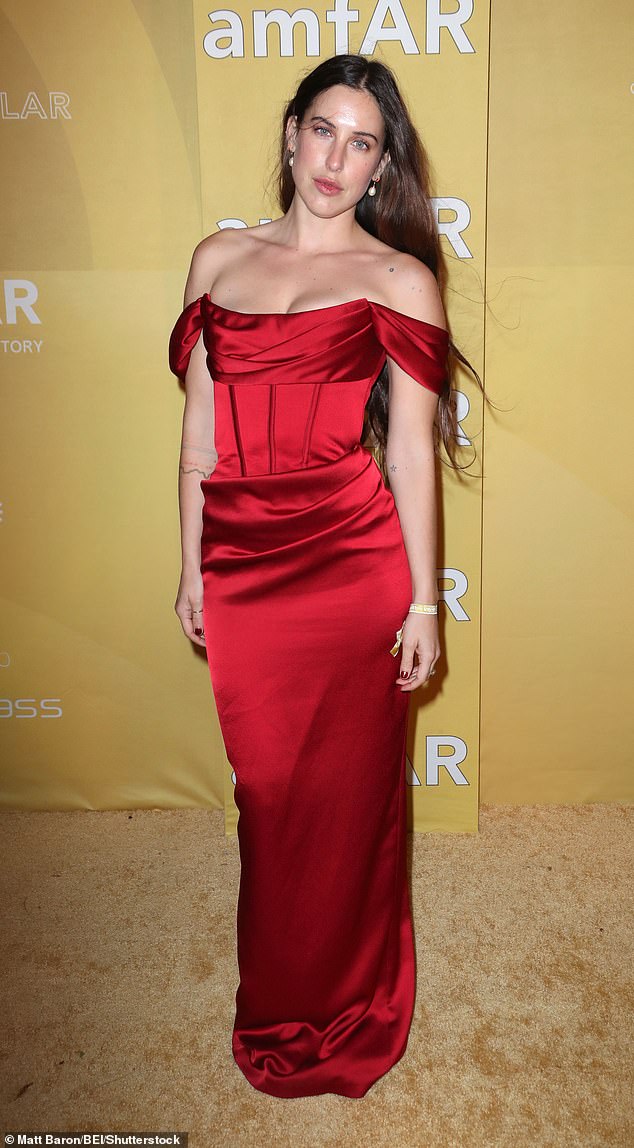 legant: The musician and actress showed off her fit figure in a striking red gown with an off-the-shoulder design 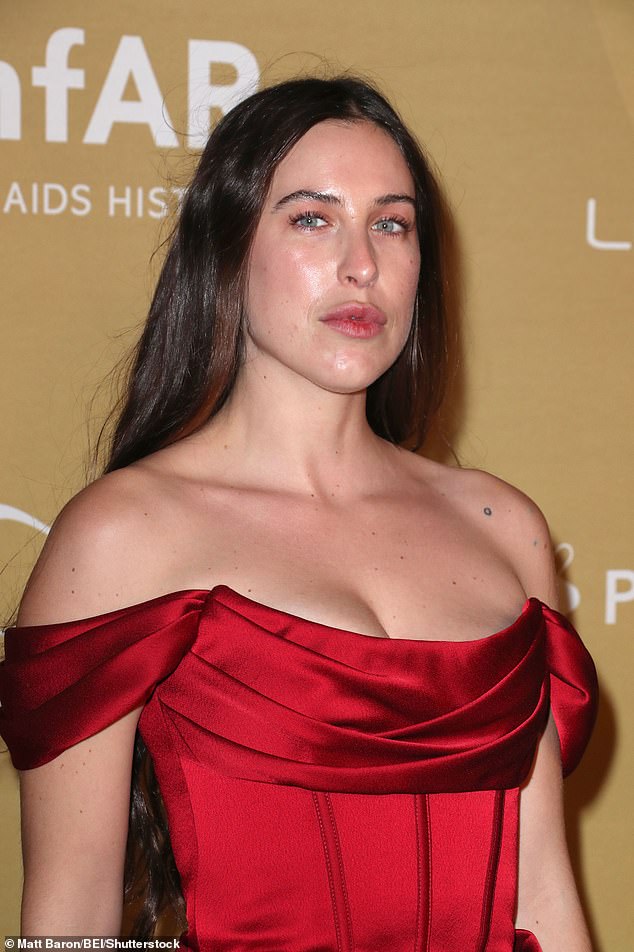 Show of support: Willis has been a supporter of the the amfAR organization

At one point, Willis was joined on the red carpet portion of the evening by artist Paris Reid, who’s best recognized for her portraiture, according to her bio on her website.

The painter, described as someone who uses their work to ‘explore the humility behind status and societal decoration’, showcased her midriff in a golden dress and matching top.

She had her blonde tresses styled with a healthy amount of natural curls and a slight part on the right. 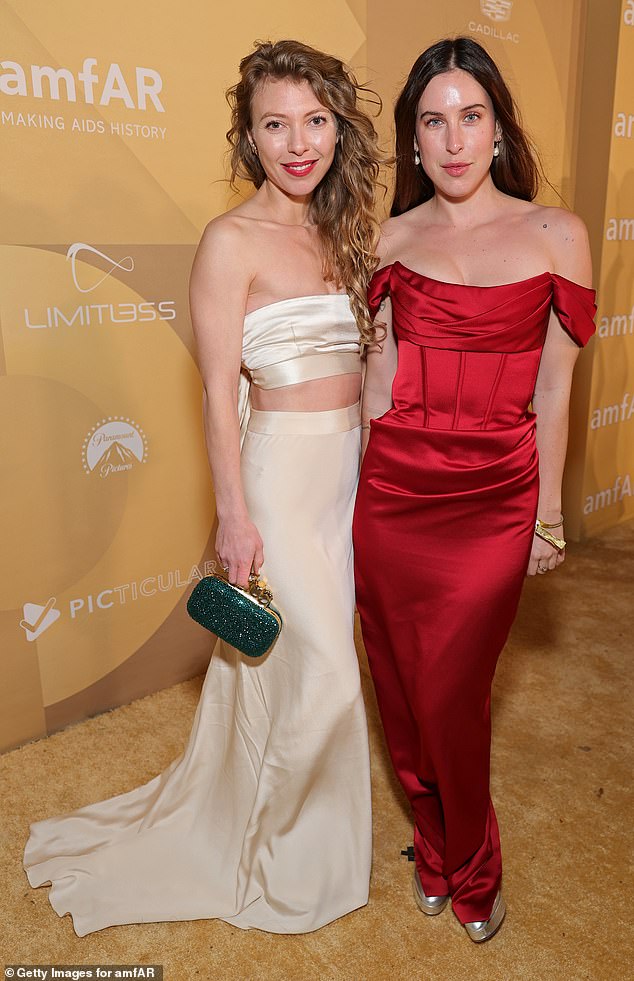 During the ceremony former Destiny’s Child star Kelly Rowland received the amfAR Courage Award, while the amfAR Philanthropic Leadership award went to Brian Robbins and Ryan Murphy, according to the non-profit’s website.

The gala, which aims to secure funds to be used to find a cure for HIV/AIDS also included performances by Aloe Blacc, Madison Beer and Tinashe.

Founded in the 1980s, amfAR as a whole has provided over 3,300 grants to research teams across the world and has invested over $400 million to research aiming to effectively treat HIV and AIDS related illness. 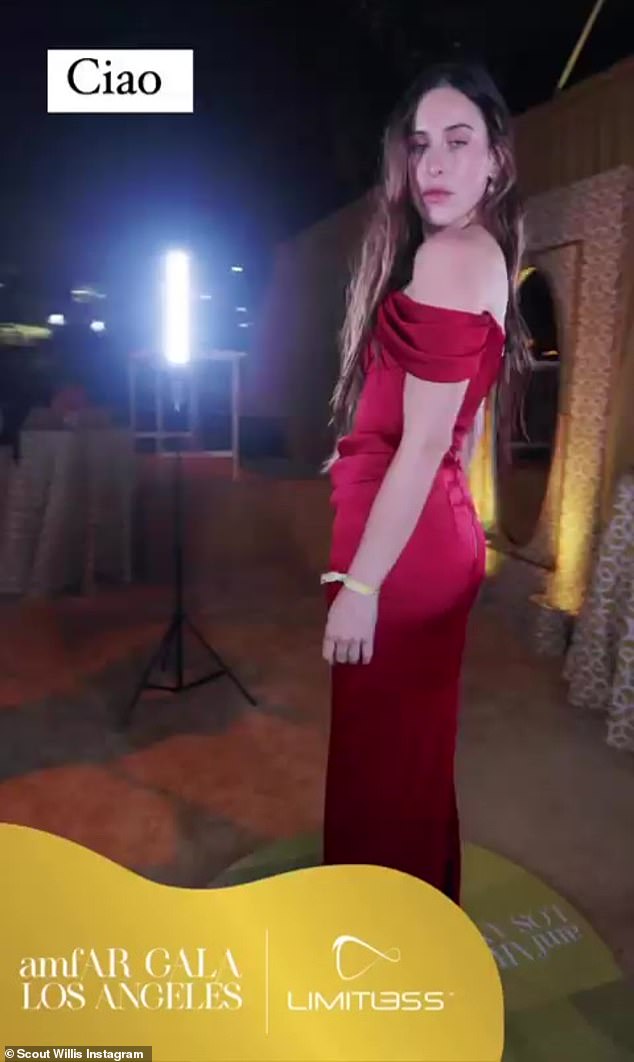 Strike a pose: The daughter of Hollywood legends Bruce Willis and Demo Moore also struck a few poses in a video she posted on her Instagram page

World changing: Founded in the 1980s, amfAR as a whole has provided over 3,300 grants to research teams across the world and has invested over $400 million to research aiming to effectively treat HIV and AIDS related illness