Scarlett Johansson reveals the one major thing she and beloved fiance Colin Jost disagree on in a new interview: ‘Like, what?!’

They’re a match made in Hollywood heaven, but the fact still remains that nothing is ever perfect.

In a new interview with Parade Magazine published Friday, the Black Widow herself Scarlett Johansson talked about her career as well as her romantic life with fiance Colin Jost, and also mentioned her undying love for the New York Yankees baseball team.

The problem, however, is that while ScarJo, 35, is a fan of the Bronx Bombers, her beloved Weekend Update host Jost, 37, prefers that OTHER Big Apple baseball team, the New York Mets. 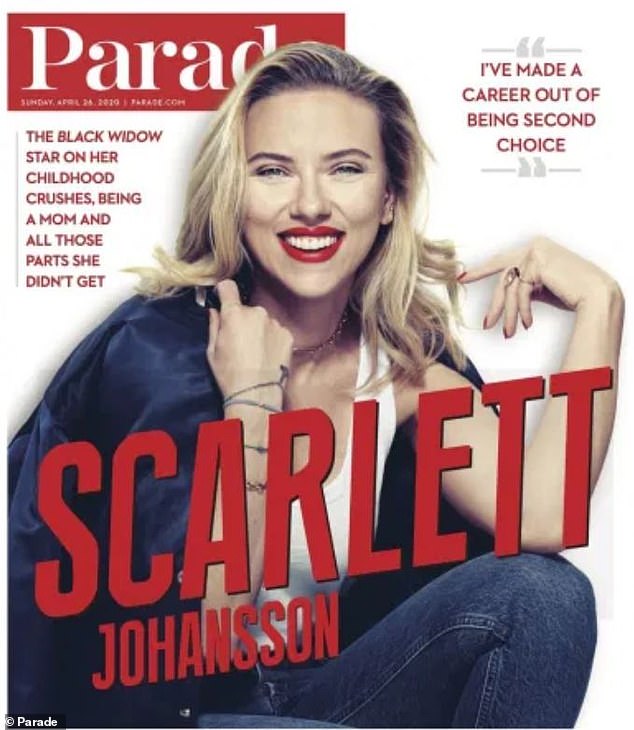 Baseball fanatics: In a new interview, Black Widow star Scarlett Johansson talked about differing tastes in New York baseball teams when it comes to her and fiance Colin Jost

‘It’s a sore subject,’ Scarlett told the publication. ‘He just told me that he’d rather see the [Boston] Red Sox win than the Yankees win. Like, what?! I said I was just going to ignore that.’

Colin’s jab clearly shows the pair’s at-odds status when it comes to baseball, as the rivalry between the Yankees and the Red Sox is even more long-standing and bitter that of the Yankees and Mets.

Looking back on her childhood, the Manhattan-born Johansson said that she loved the Yankees so much, and in particular one star player.

‘They were killing it when I was in high school,’ she said. ‘They had this incredible all-star team.’ 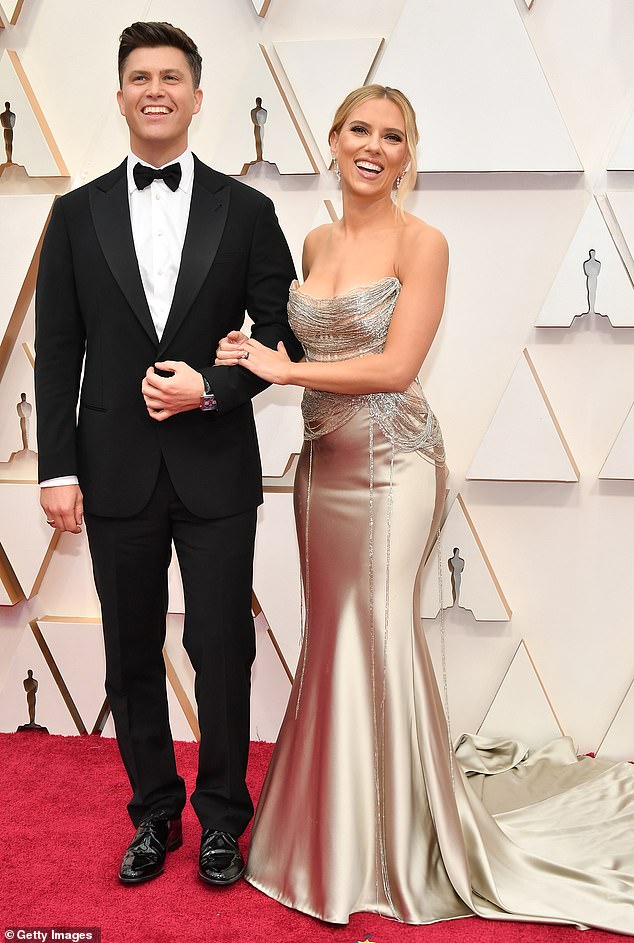 Rivalry: While ScarJo is a fan of the Yankees, her beloved Weekend Update host Jost prefers that OTHER Big Apple baseball team, the New York Mets; seen here at this year’s Oscars

And the player Scarlett crushed on? Mariah Carey’s ex-boyfriend Derek Jeter, who played shortstop for the Yanks from 1995 until 2014.

Johansson told the magazine that she has been following the Bronx Bombers since childhood even though her grandparents, parents and siblings preferred the cross-town rival team, like Jost.

‘I loved him,’ the Lost In Translation star reminisced. ‘I used to keep his rookie card in my wallet!’

It seems that while Scarlett loves her heroic baseball team, SNL star Colin has more of a soft spot for the underdog: while the Yankees have won five World Series Championships in the past 25 years, including once against the Mets in 2000, the Mets have only claimed that title twice in history, in 1986 and 1969.

Thankfully, the besotted pair –– who met on the set of Saturday Night Live in 2010, years before they started dating –– have much more they agree on, outside of America’s favorite pastime. 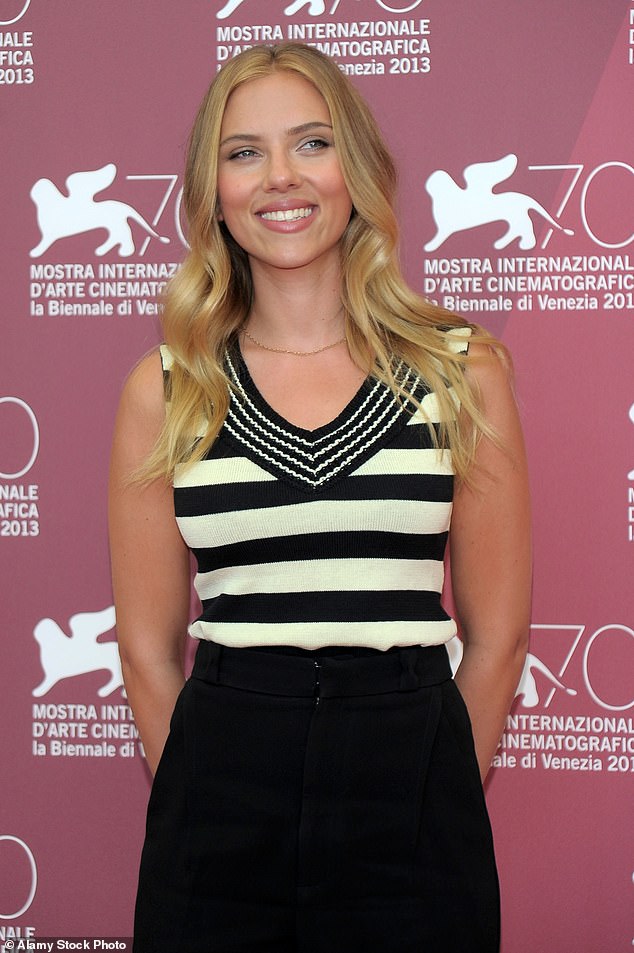 Thankfully: Scarlett and Colin –– who met on the set of Saturday Night Live in 2010 –– have much more they agree on, outside of America’s favorite pastime; seen here in Venice in 2013

In the article, Scarlett described the Staten Island-born Colin as ‘very optimistic, easygoing, funny, nice,’ adding that ‘those are the qualities that really drew me to him.’

At the time of their initial meeting, Johansson was still married to Ryan Reynolds, whom she would divorce one year later, in 2011.

Of her evolving relationship with Jost, the double Academy Award nominee said, ‘It’s so funny to have a long-term shared experience with someone and then the relationships changes.’

And as it happened, Jost had to wait for the Marriage Story star’s second marriage to end before pursuing anything –– ScarJo was married to French journalist Romain Dauriac from 2014 to 2017, and shares daughter Rose Dorothy, 6, with him.

When asked by Parade whether she and Colin, who proposed in May 2019 after two years of dating, had set a wedding date, she laughed and answered, ‘No comment.’ 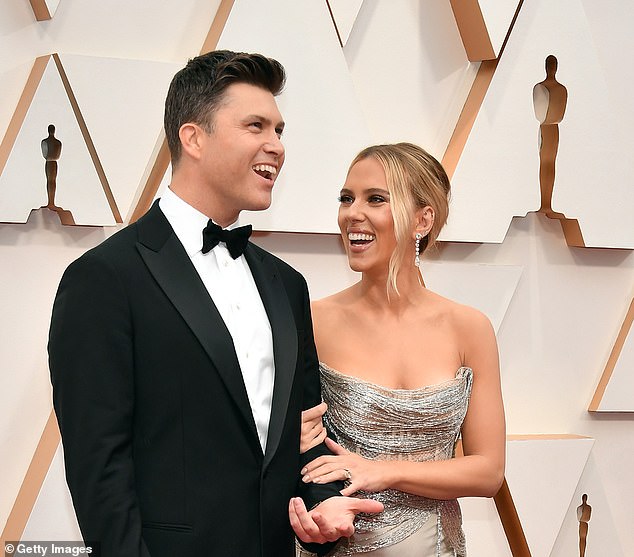 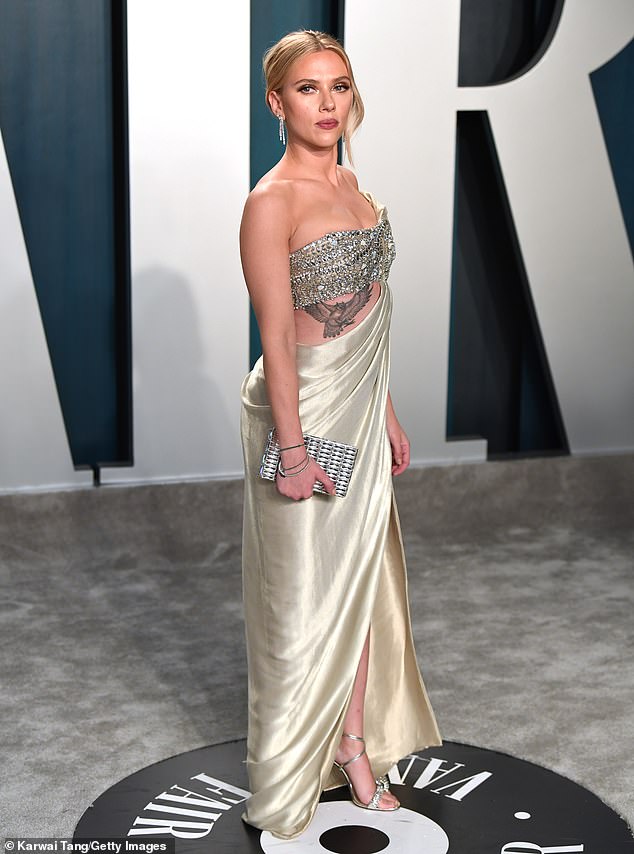 Not so fast: When asked whether they had set a wedding date yet, she laughed and answered, ‘No comment’; Scarlett seen here at the Vanity Fair Oscar Party in February