Scarlett Johansson, 36, reveals she felt typecast in ‘hypersexualised’ roles in her teens by ‘a bunch of dudes’ in Hollywood

Scarlett Johansson felt ‘hypersexualised’ working in Hollywood as a teenager.

The actress, 36, had her break as an adult actress as Charlotte in 2003 movie Lost in Translation at the age of 18, but had her first leading role as Manny in Manny & Lo at the age of 12.

The star said she felt typecast in certain roles in her teens and on into her early 20s, telling The Sun: ‘When I was working in my early twenties, and even my late teens, I felt that I got somehow typecast as hypersexualised, which I guess at the time seemed OK to everyone. 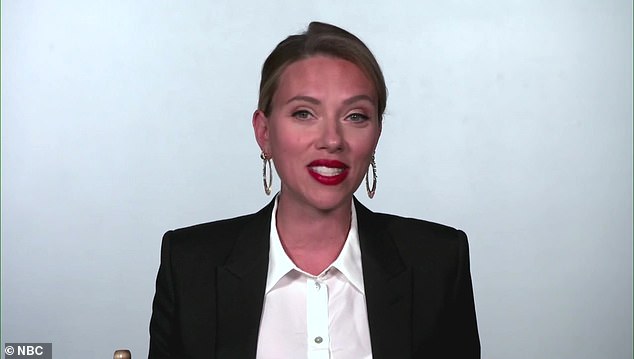 Speaking out: Scarlett Johansson, 36, says she felt ‘hypersexualised’ working in Hollywood as a teenager and felt typecast in certain roles in her teens and early 20s (pictured 2021)

‘Even though it wasn’t part of my own narrative, it was kind of crafted for me by probably a bunch of dudes in the industry.’

However, she insists ‘the climate is so different now’ and there are ‘so many wonderful opportunities for women’ in Hollywood today.

Her breakthrough role came aged 19 when she starred in acclaimed film, Lost In Translation, alongside Bill Murray. She is now one of Hollywood’s biggest stars.

Scarlett got married last year to Colin Jost, 39, at a scaled-down ceremony at her home in the New York hamlet of Palisades in October. 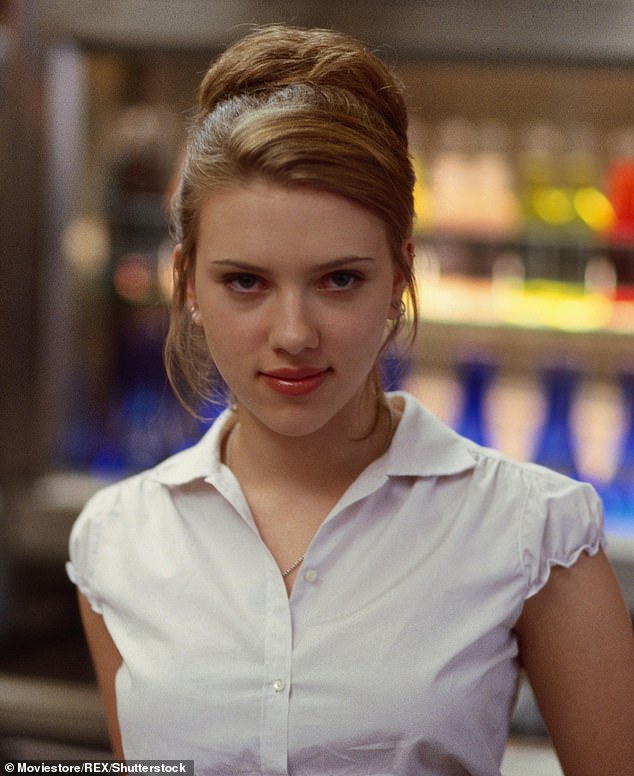 Changing times: While admitting things are different today, Scarlett told The Sun: ‘Even though it wasn’t part of my own narrative, it was kind of crafted for me by probably a bunch of dudes in the industry.’ (Pictured in 2001 film Ghost World, released when she was  16)

Earlier this month Page Six claimed that Scarlett was expecting a baby but neither she nor Colin has confirmed as much.

In an interview on Late Night With Seth Meyers the Black Widow star dished about the idiosyncratic ‘party favour’ she and her new husband gave their guests. 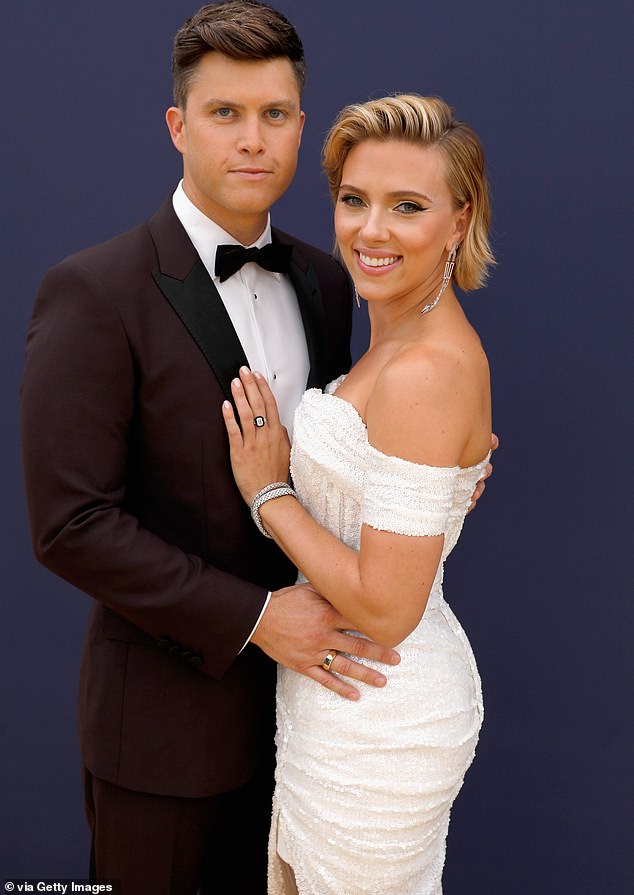 As seen in 2018: Colin, 39, and Scarlett, 36, tied the knot at a scaled-down ceremony at her home in the New York hamlet of Palisades this past October

She said with a smile that the mask ‘definitely was a weird party favor that could only happen now, but you just gotta go with it’.

As a result Seth was one of the lucky people to be given a ‘Jost 2020’ mask which Scarlett admitted was ‘just weird, looking at the photos.’

Scarlett’s first marriage was to Hollywood heartthrob Ryan Reynolds whom she tied the knot with in 2008 but divorced in 2011. 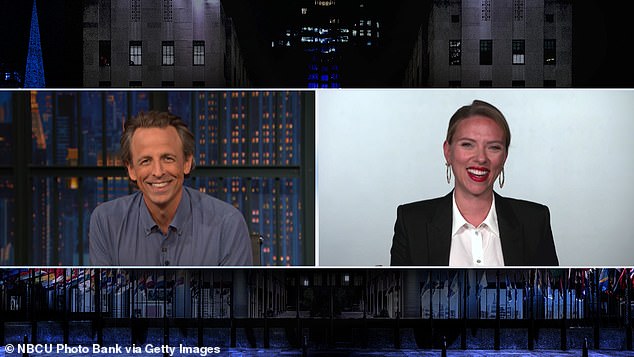 Looking back: Scarlett Johansson gushed this week on Late Night With Seth Meyers about her ‘beautiful’ and ‘intimate’ pandemic wedding to Colin Jost

The following year she took up with French ad executive Romain Dauriac who became her second husband and the father of her daughter Dorothy, six.

Scarlett and Romain married in 2014 but had split up by 2016 and she began dating Colin in mid-2017 while still in the process of divorcing her previous husband.

Meanwhile Colin, who first met Scarlett on the set of Saturday Night Live in 2006, had never been married before this past October. 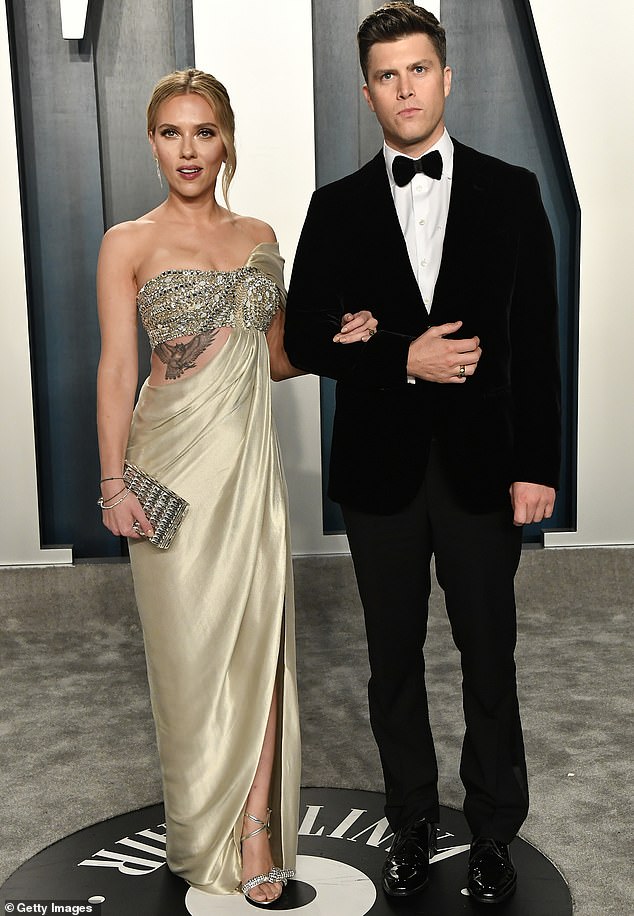 Aglow: The couple have been together since mid-2017 and are pictured together at the 2020 Vanity Fair Oscar Party a month before the coronavirus lockdowns began