The actor, 56, also continued to bring the laughs as he abseiled into the studio to make more revelations in the spoof ‘Uncovering Maddy Taylor’ documentary sketch. 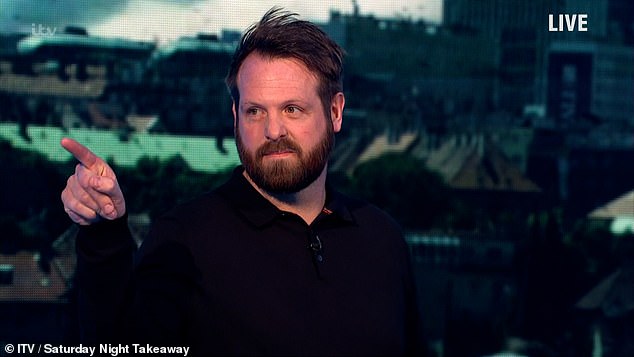 ‘My wife? Who is she?’ Saturday Night Takeaway guest Lee was left ‘shocked’ during the show as he discovered his wife Maddy had deliberately ruined his favourite shirt

Explaining what happened to the beloved football shirt, Ross said: ‘Lee told Maddy he wanted to go on a stag do.

‘She was so annoyed by this she took his favourite David Beckham shirt, deliberately boil washed it and then pretended she had no idea how it shrank.’

Ant and Dec could then be heard gasping at the news and asking Lee: ‘This is all news to you isn’t it Lee? What would you like to say to your wife?’

And stunned husband Lee got a laugh himself as he quickly fired back: ‘My wife, who is she? I am shocked.’ 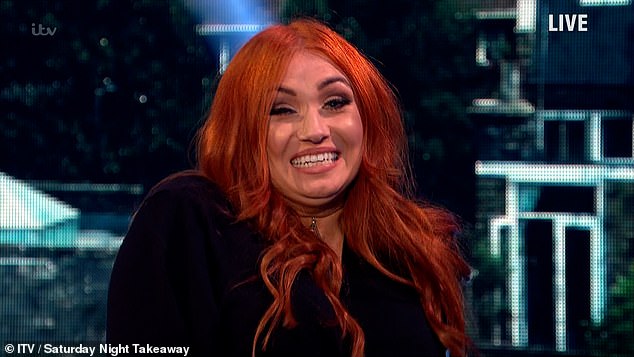 Rumbled: Guest Maddy was the focus of a spoof investigation by Ross Kemp during the entertaining segment

Before making his dramatic exit with Lee, Ross said to the guest: ‘I am speechless, how could you do such a thing Maddy?’

Elsewhere in the spoof documentary segment, Ross visited Lee and Maddy’s home to investigate the damage to the shirt, with the husband trying on the shrunk and peeling shirt.

He also ‘uncovered’ the truth behind Maddy’s pizza skills, talking to her cat about what was going on in the at-home pizza oven and discovering the feline had been using it for a toilet.

Ross also made sure to make a grand entrance for his appearance and on-screen revelations about the ‘cat poo pizza’, awkwardly abseiling into the studio. 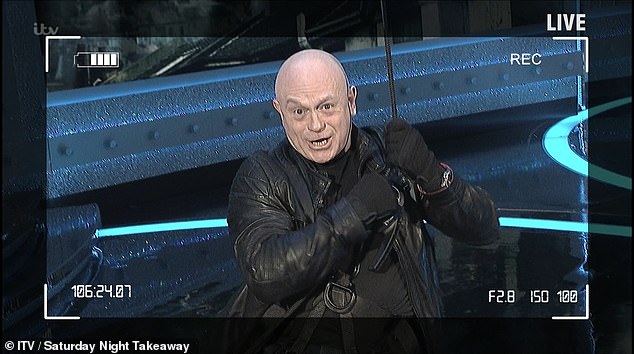 What an entrance! Ross continued to bring the laughs as he abseiled into the studio to make more revelations 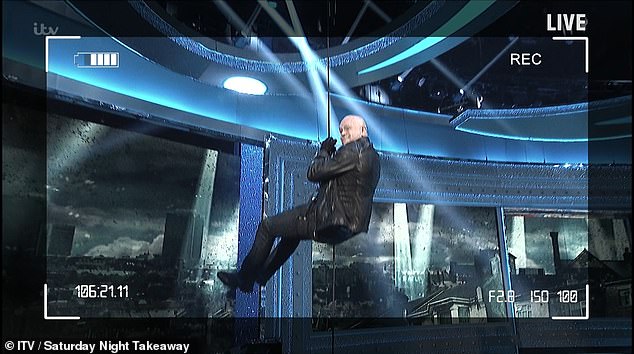 Got to love live TV: The star had a slight delay in landing, causing a few giggles from the hosts

However things didn’t go quite to plan with the star hilariously taking longer than anticipated to land.

Ant and Dec started giggling as they joked: ‘Hold on what’s going on here, because there’s a lot of rope in this studio!’

But Ross quickly recovered, saying ‘guess who!’, as he managed to get back to his feet and continue the skit.

Despite being outed for her laundry crimes on TV, Maddy still came out on top as she won a holiday to Italy for her devious efforts. 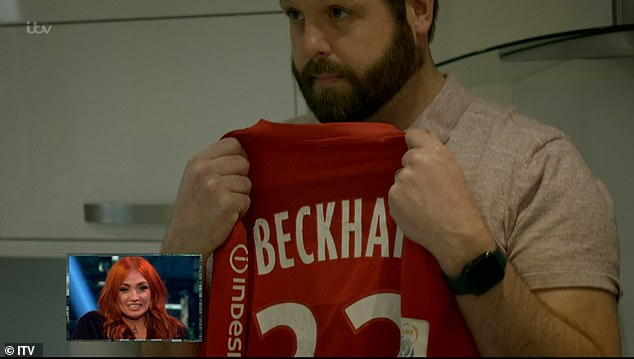 Gutted: Lee showed off the damage to his favourite football shirt which now has cracked letters and is shrunk 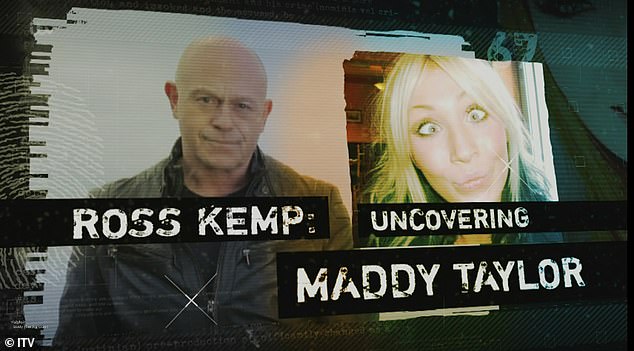 Investigation: Ross used his no-nonsense attitude to uncover the truth on the show 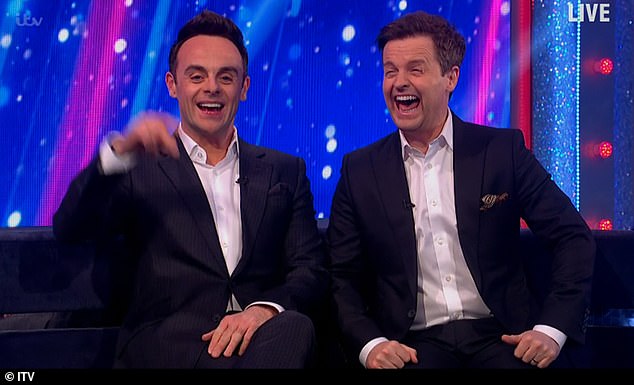 Loving it: Ant and Dec laughed along with Maddy as the truth was revealed and were particularly taken with Ross’ less than perfect abseiling attempt

Elsewhere on the show, Alesha Dixon showed off her incredible abs in a crop top as she made her dazzling debut as Star Guest Announcer.

The presenter, 42, flaunted her toned figure in the black bralet which featured a plunging neckline as she joined Ant and Dec on the entertainment show.

Alesha added a touch of glamour to her outfit with a silk brown oversized shirt and matching high-waisted trousers.

The star wore her dark tresses in loose waves over her shoulders and opted for a radiant makeup look as she helped present on the show.

Alesha joined a smart Ant and Dec on the show who donned black suits and white shirts as they took the lead. 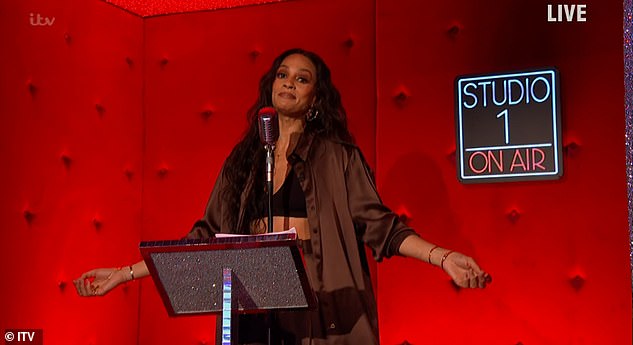 Glam: Elsewhere on the show, Alesha Dixon showed off her incredible abs in a crop top as she took on the role of Star Guest Announcer