She’s known for being something of a fashion icon.

And Sarah Jessica Parker managed to pull off another sensational look on Thursday, when she took part in a photoshoot in New York City.

The Sex And The City star, 55, showed off her legs in a very sexy purple knitted gown which had a huge split going up the front.

All things bright: Sarah Jessica Parker showed off some leg in a purple knitted dress with asky-high split and hot pink shoes as she took part in a photoshoot in NYC on Thursday

In fact, the split was so high that at one point, she flashed a tiny glimpse of her underwear.

The actress and shoe designer wore a pair of contrasting hot pink court shoes which made the colour choices perfectly as she headed inside after shooting on the street.

Of course, there was an outfit change and Sarah Jessica also wore a long gothic dress for another striking moment on the sidewalk. Perfect: The actress and shoe designer wore a pair of contrasting hot pink court shoes which made the colour choices perfectly as she headed inside after shooting on the street 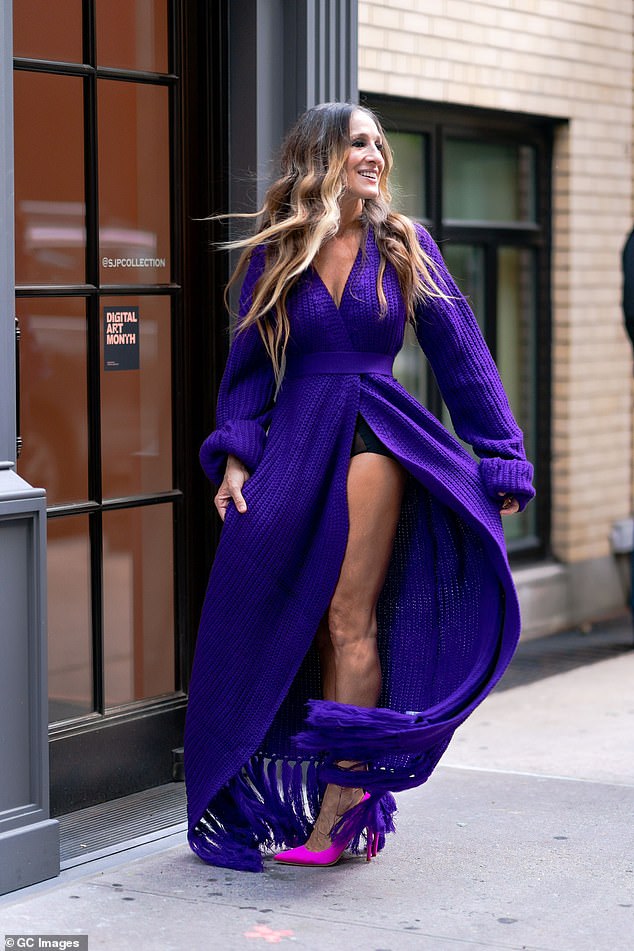 Oops! The split on her dress was so high that at one point, she flashed a tiny glimpse of her underwear

She teamed it with a pair of Manolo inspired lilac mules which had a diamante square at the front. in the style of her character Carrie’s favourite brand.

It’s been a busy year for the TV star. Her 1993 movie Hocus Pocus, re-released by Disney in the run up to Halloween, almost beat Christopher Nolan’s Tenet at the US box office just a fortnight ago.

Sarah Jessica has also been keeping herself busy working in her various shoe shops around New York and giving customers the personal touch. 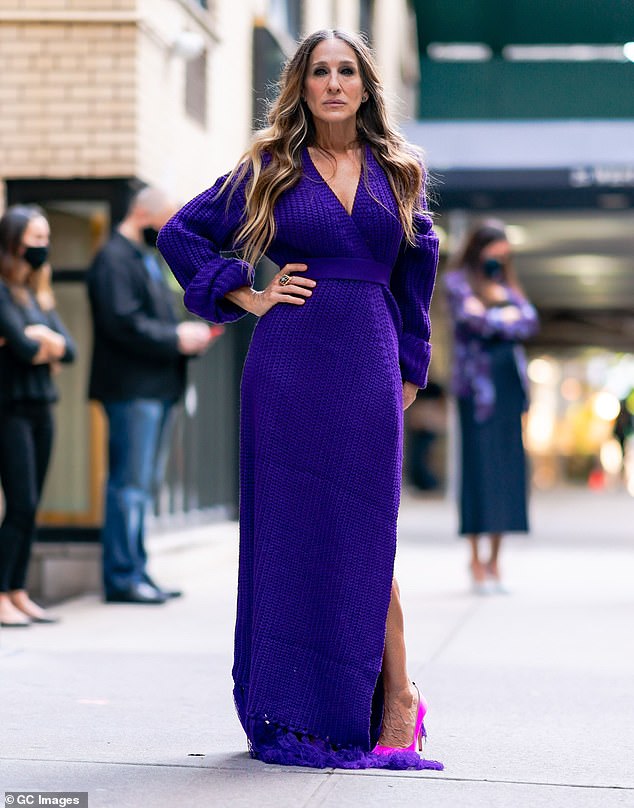 `I couldn’t help but wonder: At one point, she had a thoughtful expression on her face as she posed with one hand on her hip

Parker, who launched her footwear brand in 2014, set up shop in what was previously the Manolo Blahnik store which featured in her hit HBO series Sex And The City.

In an interview with Footwear News, published last month, she explained she was ‘both thrilled and daunted’ by the location’s history when she opened up.

‘I have memories in this building, in this store,’ she said. ‘I have real, sincere memories of making those purchases, not making purchases, looking at stuff, and then its role in Sex and the City, and the way we got to be in this store.’

In 2016, she returned to HBO as the lead in the dramedy Divorce which ran for three seasons. 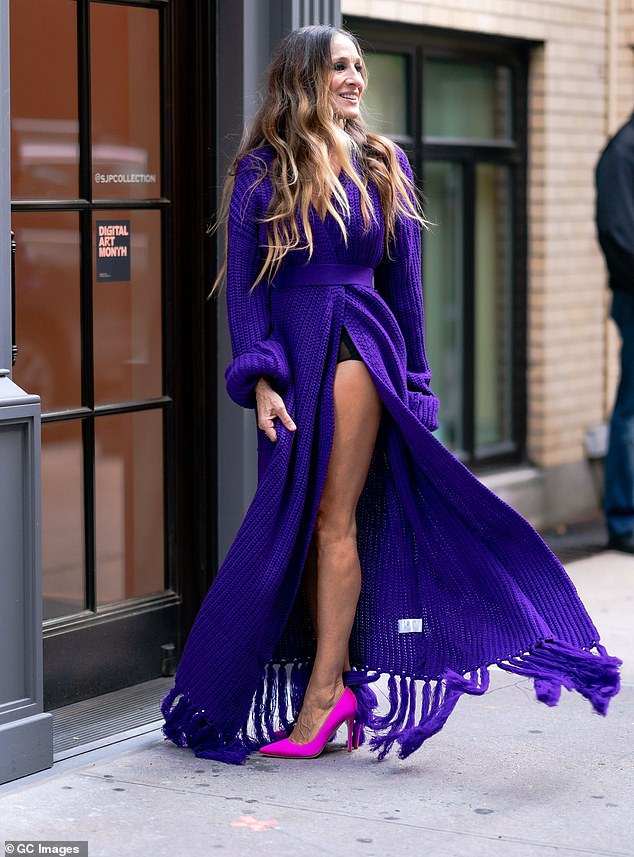 Happy: Sarah Jessica wore a big smile on her face as she prepared to head back inside