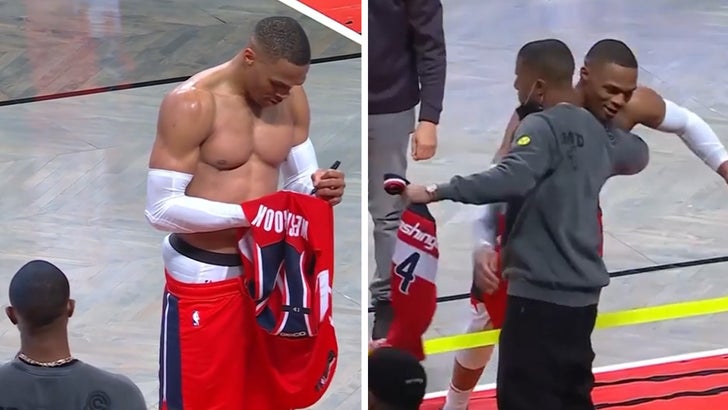 It’s good to be Michael B. Jordan!

Not only did the “Black Panther” star sit courtside when the Washington Wizards took on the Brooklyn Nets on Sunday … but Russell Westbrook also gave him the jersey off his back!! 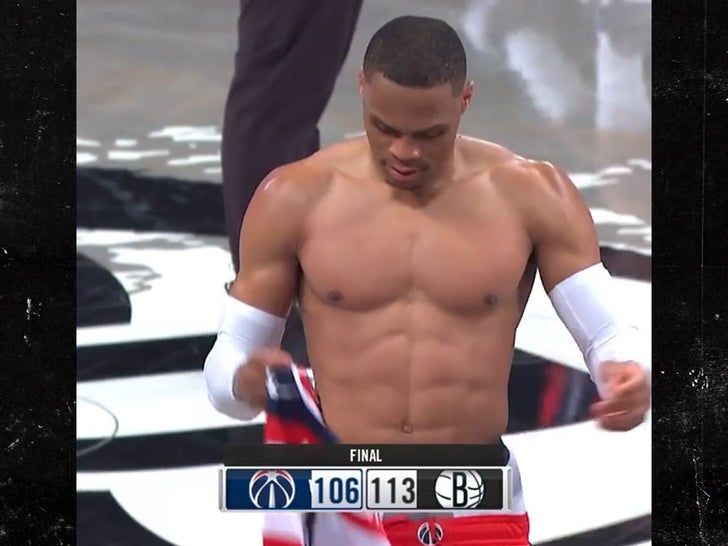 Brody’s Wizards didn’t get the win — but they played well … cutting a 14-point Nets lead down to 1 with just 3 minutes to go in the game.

Ultimately, the Nets emerged victorious in a 113 to 106 win — thanks to 28 points from Kyrie Irving and 26 from James Harden.

Westbrook racked up 29 points, 13 rebounds and 13 assists — and after the final buzzer … he walked over to a masked-up Michael B. Jordan, dapped him up and gave him his jersey.

Of course, Michael B. Jordan is also in pretty insane shape — famously transforming his body for his roles in “Creed” and “Black Panther.”

Wonder the last time either one of these guys had dessert?