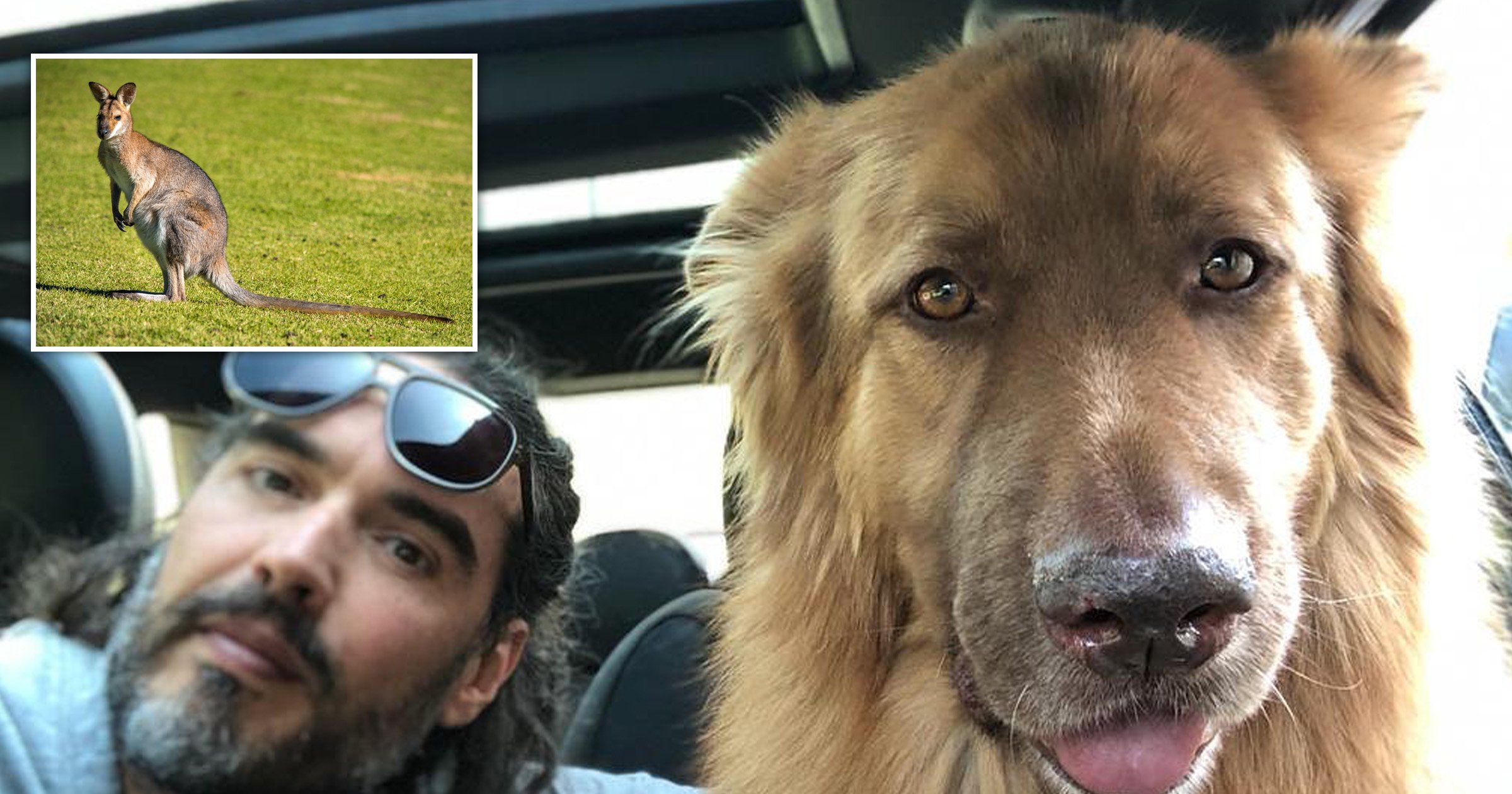 Russell Brand is reportedly ‘devastated’ after his dog killed a wallaby while on a walk.

The comic was out with his pet, a German Shepherd called Bear, on a walk in Henley-on-Thames, near to his £4.1million cottage.

Bear is said to have caught the female wallaby while she had a joey in her pouch, according to The Sun.

But 46-year-old Russell was able to intervene quickly enough to avoid both animals suffering, and his fast reaction apparently saved the joey.

Unfortunately, its mother is believed to have died in the attack.

Locals of the south Oxfordshire town described Russell, who is famously an animal-loving vegan, as ‘devastated’ over the turn of events.

One spoke to the publication, asserting: ‘Absolutely no one is ­blaming Russell or his dog — it’s just a horrible accident.’

The local source then described the performer as a ‘hero’ for managing to save the wallaby’s little joey, continuing: ‘It could have been far worse if he hadn’t stepped in so quickly.’

‘He is a very caring man with animals — he has plenty of pets and they’re all his babies.’

The source concluded that what had happened was ‘really sad’ and that the Forgetting Sarah Marshall star was understood to be ‘devastated’ by it.

Although wallabies are most closely associated with Australia, where they are a native species, there are introduced populations of the marsupials in the UK too.

Henley is considered a hot spot for the animals and theories link the population to escapees from a private collection and a local wildlife attraction.

Russell often shares photos of his many pets on his Instagram account, including of Bear, who was shown standing next to a lamb in a post he captioned: ‘Harmony!’

In another, the podcaster shared a video clip of Bear attempting to eat his food while surrounded by kittens from Russell’s cat Marmalade’s recent litter.

The star wrote: ‘Bear getting victimised out of his lunch by kittens’, as the dog attempted to return to his bowl and eat without the playful babies climbing on him.