Rosario Dawson says she’s ‘so proud’ of boyfriend Cory Booker after he reclaims seat in U.S. Senate for a full second term

Rosario Dawson posted a sweet message for her boyfriend, Sen. Cory Booker after he triumphed in his senatorial campaign in New Jersey, winning a second full term in office.

‘So proud of and grateful for you my love,’ the New York City native said in an Instagram post on Wednesday, alongside a shot of the couple.

The 41-year-old actress noted that she even pitched in her own part to ensure Booker’s landslide victory against Republican businessman Rik Mehta. 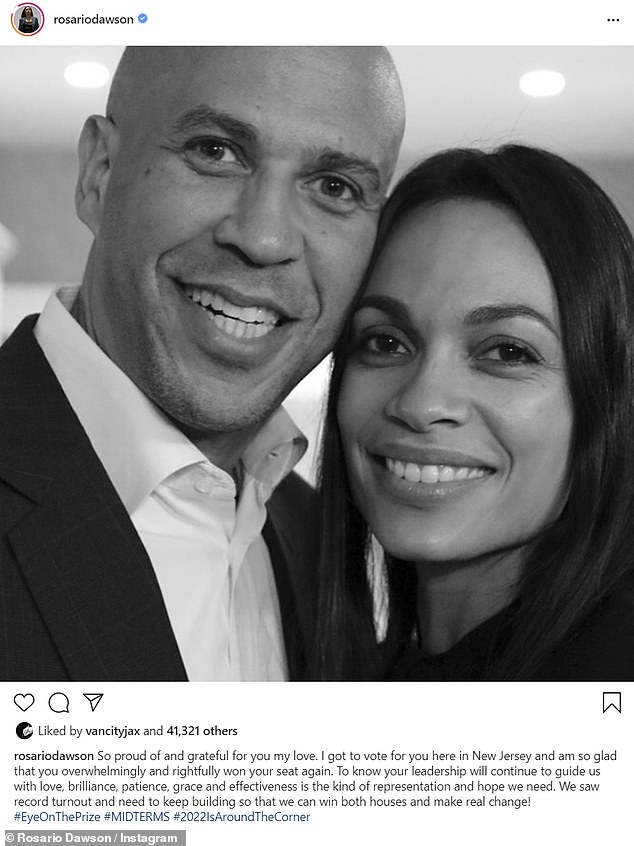 The latest: Rosario Dawson, 41, posted a sweet message for her boyfriend, Sen. Cory Booker, 51, after he triumphed in his senatorial campaign in New Jersey

‘I got to vote for you here in New Jersey and am so glad that you overwhelmingly and rightfully won your seat again,’ the Unforgettable beauty said. ‘To know your leadership will continue to guide us with love, brilliance, patience, grace and effectiveness is the kind of representation and hope we need.

She continued: ‘We saw record turnout and need to keep building so that we can win both houses and make real change!’

The Kids star, who began dating Booker, 51, in March 2019, added the hashtags, #EyeOnThePrize #MIDTERMS and #2022IsAroundTheCorner.

The Democratic senator ran a presidential campaign this cycle, but dropped out, as former Vice President Joe Biden eventually landed the party’s nomination. 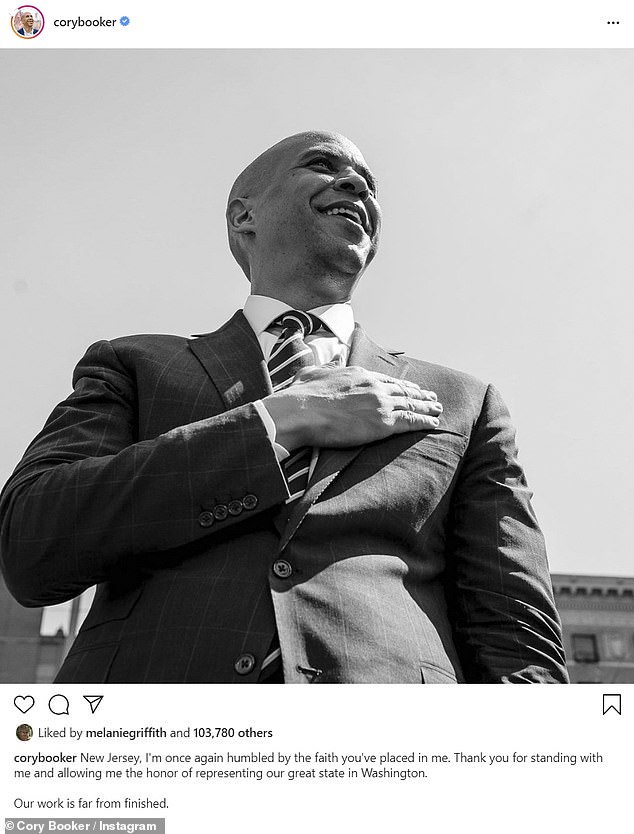 On his own Instagram page, Booker thanked his Garden State constituents for their votes 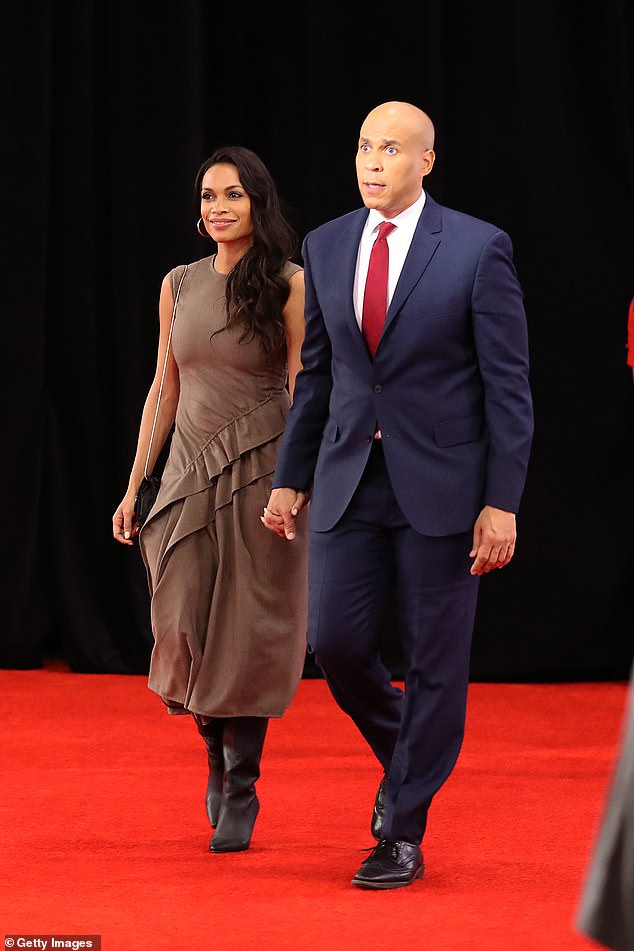 Power couple: The Kids star dating Booker in March 2019, and accompanied him to a Democrat debate in Ohio last year

Booker was first elected to his seat in 2013 following the death of Frank Lautenberg, and prevailed in the election the following year.

On his own Instagram page, Booker thanked his Garden State constituents for their votes.

‘New Jersey, I’m once again humbled by the faith you’ve placed in me,’ he said. ‘Thank you for standing with me and allowing me the honor of representing our great state in Washington…Our work is far from finished.’

Dawson left a response that read, ‘Congratulations my love. I’m so grateful for your leadership and your team. We need you.’ 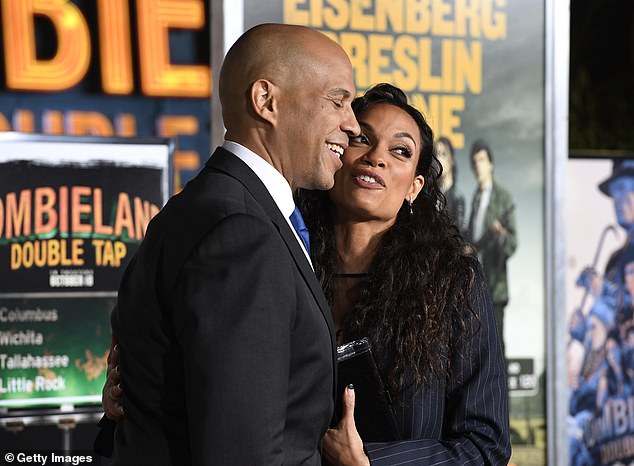 Courtship: Dawson and Booker shared an intimate moments at a premiere in LA last year 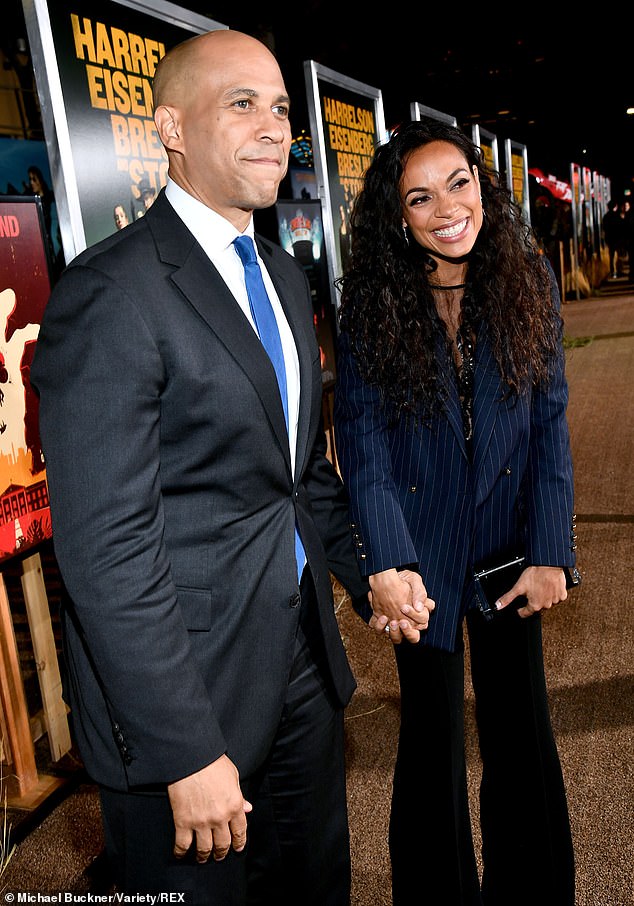 Star is rising: Booker was first elected to his seat in 2013 following the death of Frank Lautenberg, and prevailed in the election the following year

In June, Dawson said that she and the politician had been physically separated for months amid the outbreak of the coronavirus and subsequent lockdown, as she appeared at an event in Los Angeles with Kevin Smith.

‘I haven’t seen him since February; he is by himself, going between Newark and DC,’ she said, noting that she was ‘in the process of moving’ in with him at the time.

‘I’m going to New Jersey,’ she said. ‘I’m moving to Newark … we were thinking about moving in together anyway, but especially during all of this, it’s been really intense.’