Ronan Keating and Jermaine Jenas were announced by the BBC on Thursday as Alex Jones’ new co-hosts on The One Show, permanently replacing Matt Baker.

The former Boyzone star, 44, and former footballer, 38, have previously stood in as hosts of the show amongst others following Baker’s departure in March 2020.

Ronan and Jermaine will share hosting duties alongside Alex from May 10, with the latter appearing at her side from Monday to Wednesday, and the singer joining her on Thursdays and Fridays. 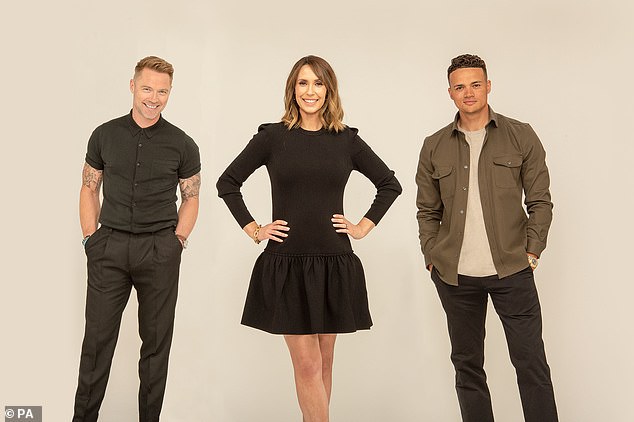 Exciting! Ronan Keating (L) and Jermaine Jenas (R) are set to join Alex Scott (centre) on The One Show as Matt Baker’s replacements, the BBC announced on Thursday

Alex Scott and Amol Rajan, amongst others, will also still make an appearance on the show to fill in as and when it is required.

They are seen as part of the show’s ‘extended family of presenters’, and the BBC have said they will ‘continue to co-host episodes across the year’.

Speaking to The Sun, former boy-band member Ronan said: I’m so delighted to officially be a part of The One Show family.

‘It’s a show I’ve loved for many years as both a guest and a host and I can’t wait to get started alongside Alex, Jermaine and the wonderful team behind the scenes.’ 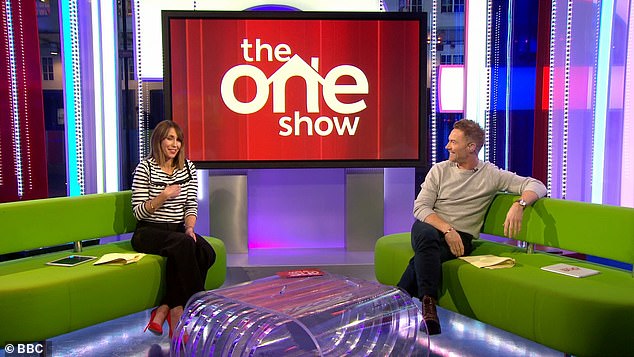 Familiar faces: The former Boyzone star (pictured with Alex in March) and footballer have stood in as hosts of the show amongst others following Baker’s departure in March 2020

Jermaine added that he was ‘really looking forward’ to joining the show as a full time host, saying: ‘I’ve absolutely loved being a part of The One Show, Alex, the team and the viewers have made me feel so welcome and we’ve had a lot of fun already.’

Other stars who have co-presented the show with Alex include BBC Radio One DJ Clara Amfo, singer Michael Ball, and TV personality Rylan Clark-Neal.

Matt had hosted the BBC chat show for nine years alongside Alex before he quit in March 2020, and he has since focused on his family farm. 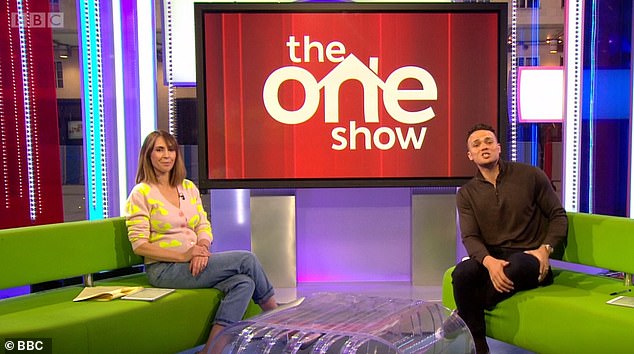 Rota: Ronan and Jermaine (pictured in April) will share hosting duties, with the latter joining Alex from Monday to Wednesday, and the singer joining her on Thursdays and Fridays

His life on the farm has been documented on the Channel 4 four part series Matt Baker: Our Farm in the Dales.

Matt moved with his wife Nicola and their children Luke, 12, and Molly, 10, back to the Durham Dales after his mother injured her leg while tending sheep and he has been helping to run the farm ever since.

During an appearance on This Morning in March, Matt admitted he had a very abrupt goodbye to his former colleagues when he left the series last year. 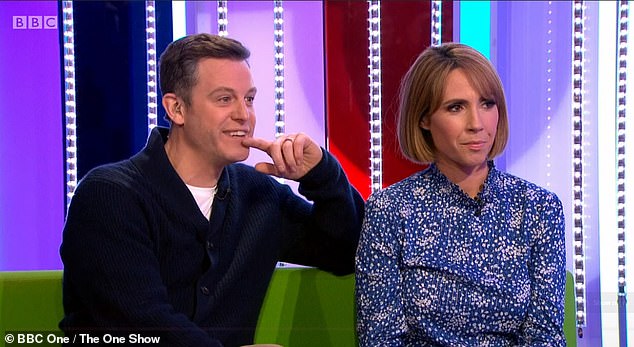 Co-hosts: Matt had hosted the BBC chat show for nine years alongside Alex before he quit in March 2020, and he has since focused on his family farm 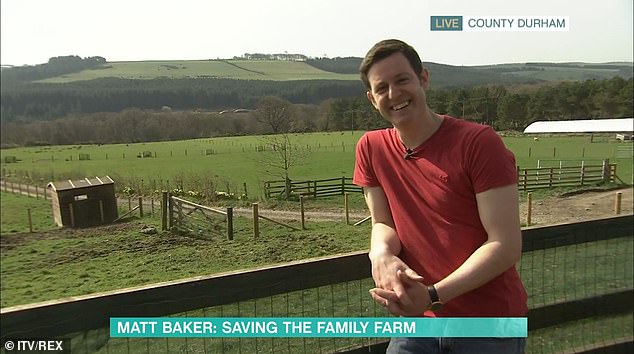 Greener pastures: Matt moved with his wife Nicola and their children Luke, 12, and Molly, 10, back to the Durham Dales after his mother injured her leg and he has been helping run the farm

With the UK in lockdown when he left, Matt admitted there were no goodbye parties or big send offs for him and instead he simply shut his laptop and was done.

Phillip Schofield asked Matt: ‘There was no party, no big goodbye, you just said goodbye on your laptop, shut the laptop and were gone?’

Matt replied: ‘Yeah I did. It was propped up on an ironing board, it is a year to the day that I left, strangely [my new] show going out exactly a year later. I said goodbye on my laptop, that was it.’

Asked if he misses The One Show, Matt replied: ‘Everybody’s lives have turned on their head completely. Coming out of a hibernation stage, this is my life, I love it, it makes me who I am.

‘This is me and this is my life. I think people will accept the way that I am when they watch it.’

Asked what his future plans are, the star said:  ‘Keep doing country farm and presenting, time freed up from The One Show I want to spend in production and programmes.

Addressing This Morning co-host Holly Willoughby, he added: ‘I am passionate about that. You know Holly back in day, children’s TV, all there. It is a passion that I want to keep doing.’ 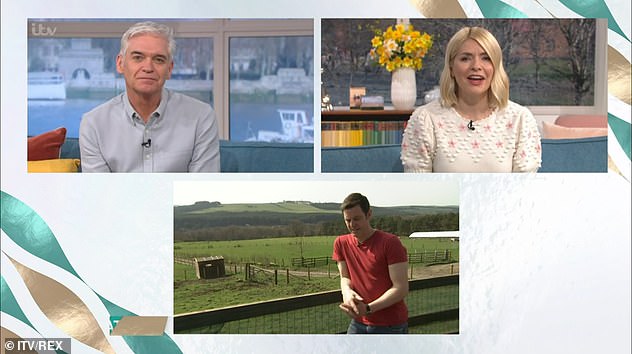 Chat: While on This Morning in March, Matt admitted there were no goodbye parties or big send offs for him because of lockdown and instead he simply shut his laptop and was done