EXCLUSIVE: Robin Thicke and Ken Jeong seen back on set of The Masked Singer for the first time after they ‘stormed off in protest’ when Rudy Giuliani was unveiled as a contestant

Robin Thicke and Ken Jeong have been pictured back on set of The Masked Singer after they stormed off when Rudy Giuliani was the first contestant to be unveiled.

The 77-year-old politician’s shocking unmasking prompted a dramatic reaction from judges Robin, 44, and Ken, 52, after it was reported they ‘quickly left the stage in protest’ of Rudy’s involvement.

However, on Thursday, the pair were seen smiling as they arrived back at the studio showing no signs of friction, ready to film another episode of the reality TV singing competition on Fox. 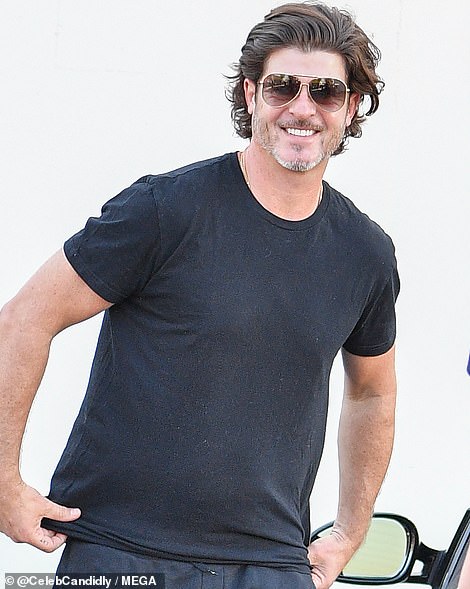 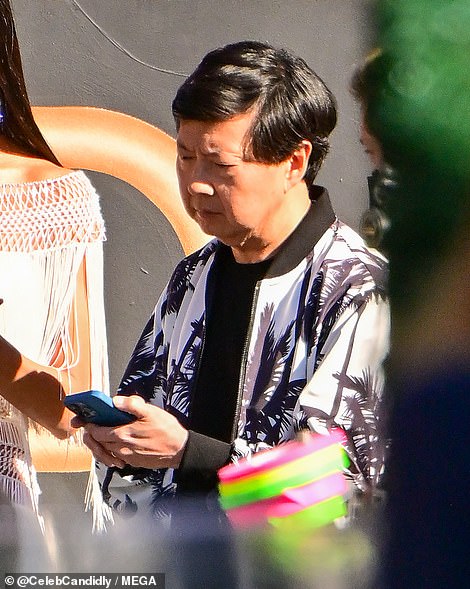 And they’re back: Robin Thicke and Ken Jeong pictured on set of The Masked Singer for the first time after they ‘stormed off in protest’ when Rudy Giuliani was unveiled as a contestant earlier this week 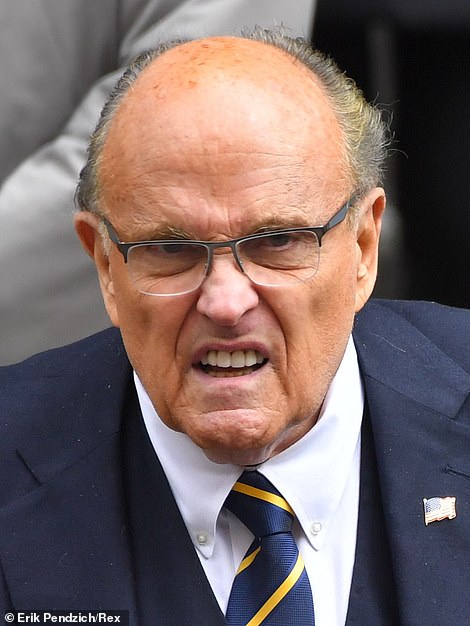 Unmasked: Rudy is a controversial figure in the political realm due to his ties to former President Donald J. Trump

‘Ken was super upset and indeed stormed out,’ a source told the outlet. ‘Robin actually followed him because he and Ken are very close friends and he wanted to check on him. Robin didn’t storm out because of Giuliani.’

Meanwhile, the other judges, Jenny McCarthy and Nicole Scherzinger, are said to have remained on stage and even engaged in banter with Donald Trump’s former attorney.

Another source told the outlet: ‘Ken felt disrespected and was livid to see Rudy was under the mask which is why he walked off. There’s no way he could hide his feelings.’

‘Ken has been incredibly vocal about how the previous administration handled many things but especially COVID-19 and has found a lot of what they’ve said not only wrong but dangerous.’

‘To get someone who helped to spread misinformation and call into question the accuracy of our election and democracy to appear on his show was going to set him off.’

Ken earned a medical degree from the University of North Carolina at Chapel Hill and practiced medicine for several years in Los Angeles before making it as a stand-up star.

Rudy is a controversial figure in the political realm due to his ties to former President Donald J. Trump and for pressing that the 2020 election was ‘stolen’ from the 75-year-old.

A source close to the production told Deadline that eventually Ken and Robin returned to the judges panel after the reveal. 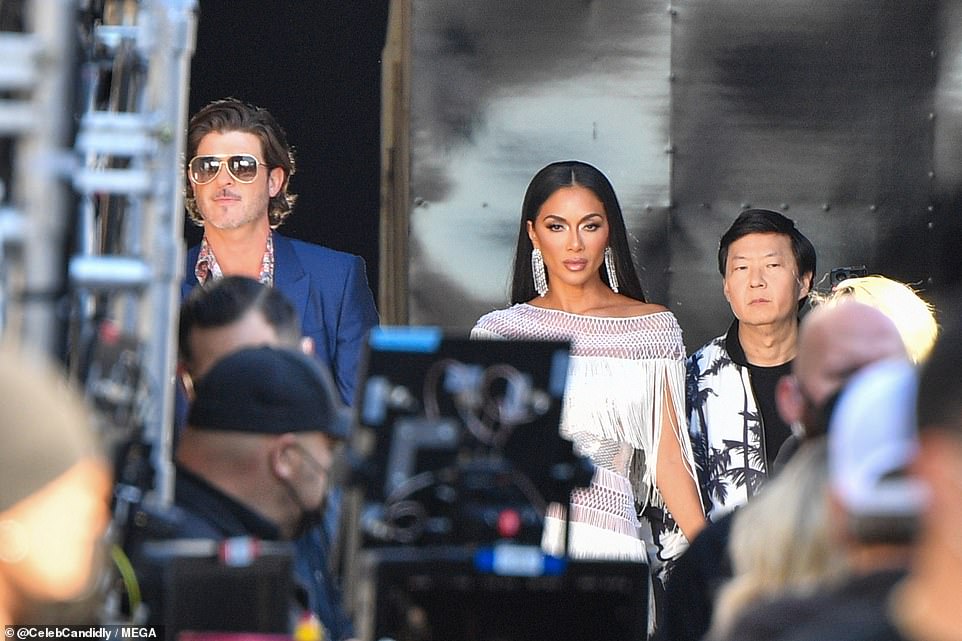 No drama here: Fellow judge Nicole Scherzinger is said to have remained on set and even engaged in ‘banter’ with Giuliani

Keeping calm and casual: Robin, 44, showed no signs of friction as he smiled on his way into the Fox studio

As part of the singing competition show, celebrity contestants don elaborate costumes and even have their voices altered in order to conceal their identities until elimination.

Deadline did not reveal any details about Rudy’s performance or his costume.

Season seven of The Masked Singer is centered on the theme ‘The Good, The Bad and The Cuddly.’

However, Ken and Robin received a hot and cold reception for their swift exit following Giuliani’s reveal. 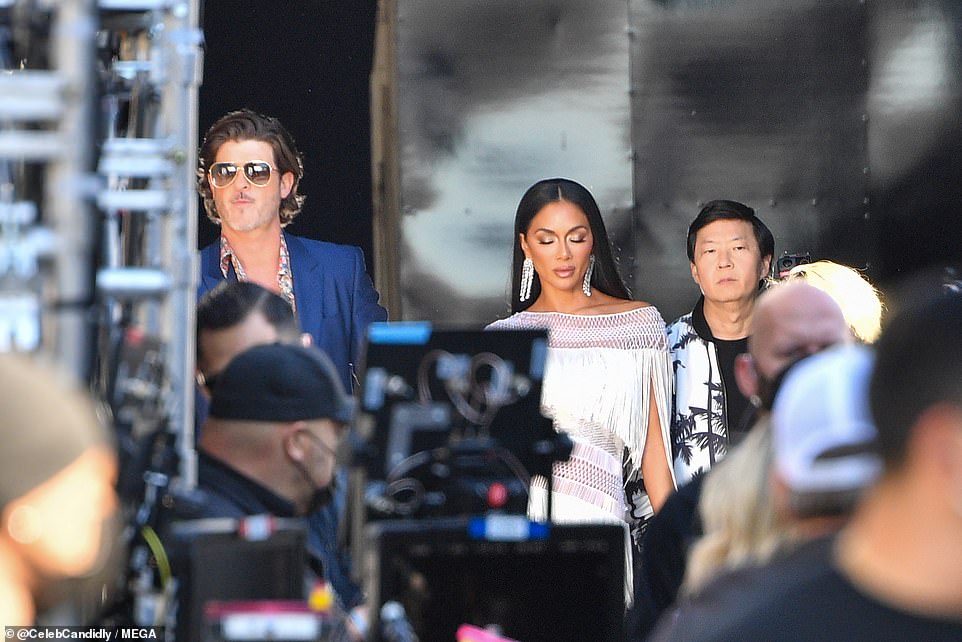 Putting on a show: The group arrived back at the studio showing no signs of friction, ready to film another episode of the reality TV singing competition on Fox

Not offended: Judge Jenny McCarthy was said to have sparked up a conversation with the controversial politician rather than storm off 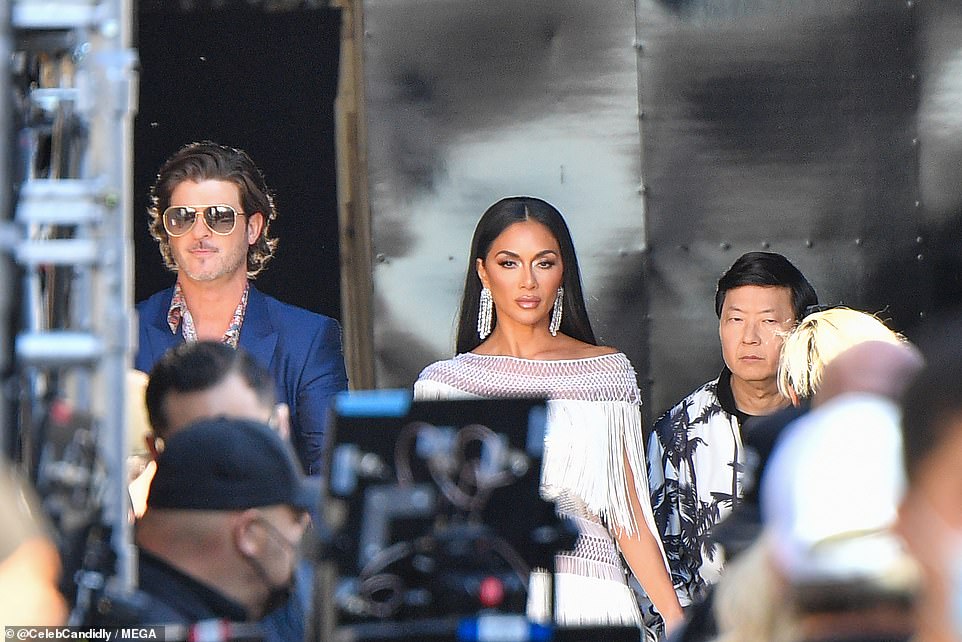 Actiong: The Masked Singer is set to premiere on Wednesday, March 9 on Fox

All is forgiven: The Blurred Lines singer appears to have gotten over his huff 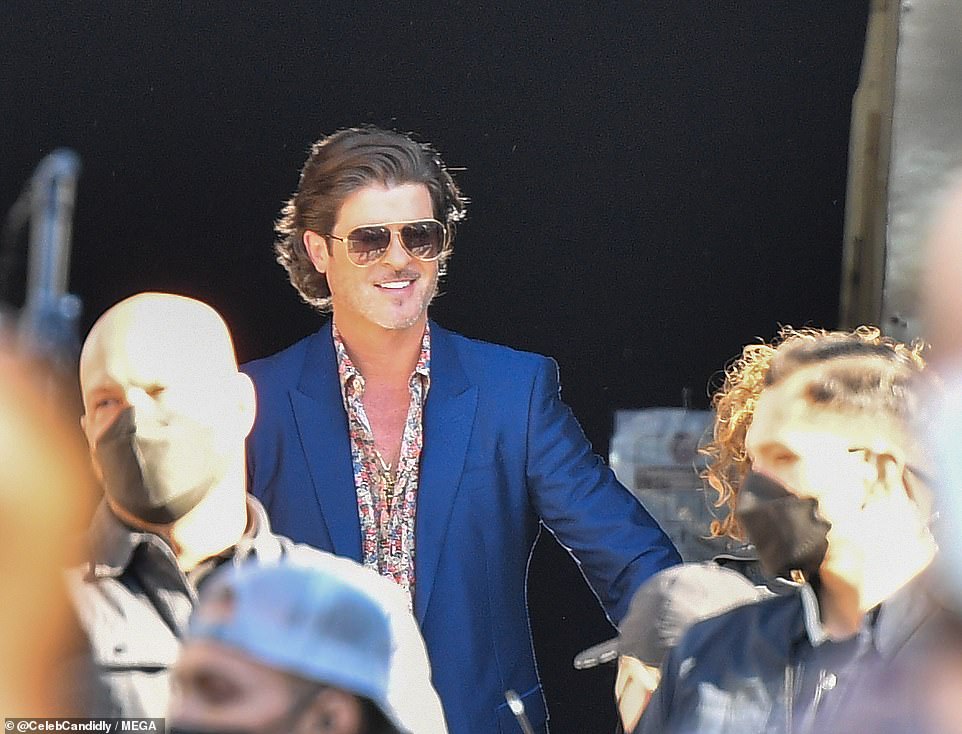 Suave: Later, the musician changed into a floral shirt and blue jacket with a pair of aviators on for the show

‘It was so bad that Ken Jeong and yes even Robin Thicke walked out and off the set in protest.

This is not the first time that The Masked Singer has sparked controversy over its choice of contestants.

Republican politician and former Alaska governor Sarah Palin was unmasked after appearing on the show in 2020 as ‘Bear.’ 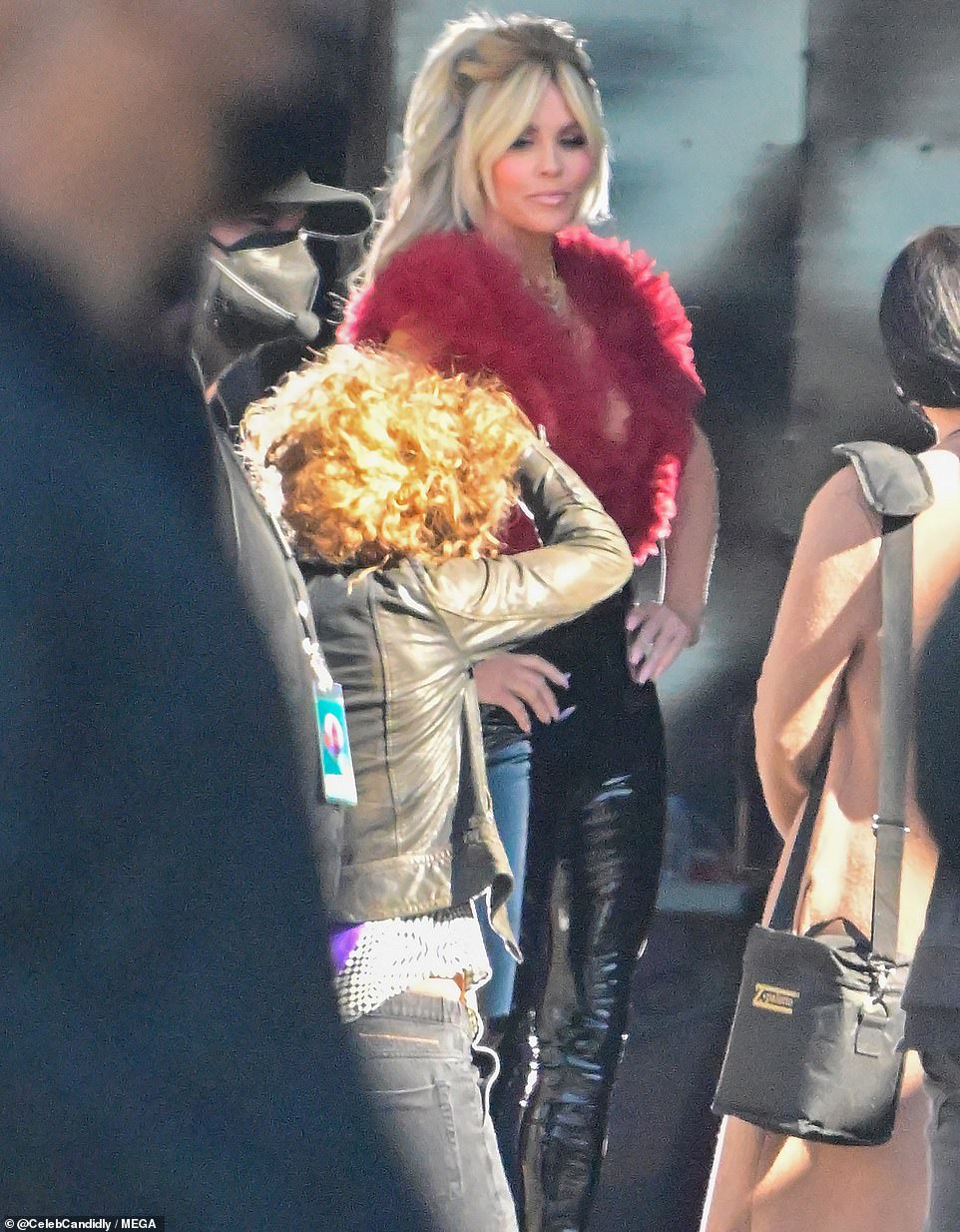 Blonde bombshell: It is not yet clear what Rudy and Jenny ‘bantered’ about on set 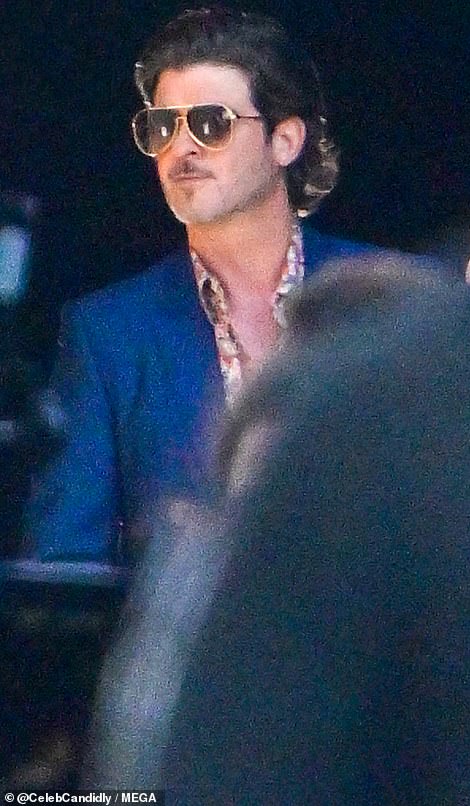 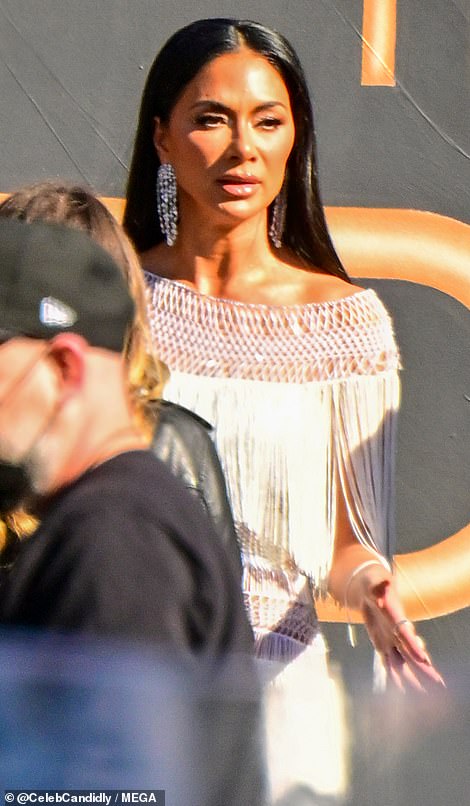 Most controversial series yet? Sarah Palin also caused a stir when she appeared on the reality series

She was eliminated after performing a rendition of Sir Mix-A-Lot’s Baby Got Back.

Though Palin, 57, described the experience as ‘the weirdest thing I’ve ever done,’ she praised the show for inviting a conservative contestant into the mix.

‘It’s all about fun. It’s unity. This is all good. This something that our country needs right now,’ she explained to host Nick Cannon.

News of Rudy’s involvement in the upcoming season of The Masked Singer comes after former impeachment witness Lt. Col. Alexander Vindman filed a suit against him and Donald Trump. Jr. on Wednesday, charging them with having falsely attacked his loyalty to the U.S. and punishing him for his testimony.

Vindman, a retired Army lieutenant colonel, also lashed out at the defendants in an op-ed, where he cited his removal from the White House National Security Council and a delay in his Army promotion. 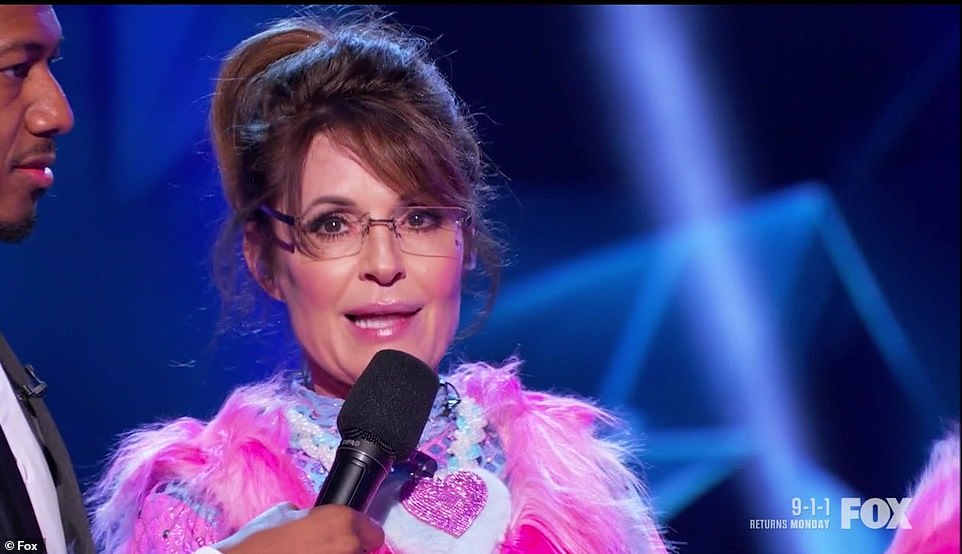 ‘I was attacked in a way calculated to inflict maximum personal and professional damage likely in order to prevent me from testifying or to punish me for doing so. In this country, that violates the law,’ he writes.

He is suing four officials for intimidation and retaliation, writing: ‘I wish I had done so sooner, both for my sake and for the other public servants who have been similarly tested.’

He was subpoenaed to testify in Trump’s impeachment after reporting the contents of the call.

His suit alleges the group carried out a ‘coordinated campaign’ based on ‘common understanding and agreement’ to target him for ‘intimidation and retaliation.’

The Masked Singer is set to premiere on Wednesday, March 9 on Fox. 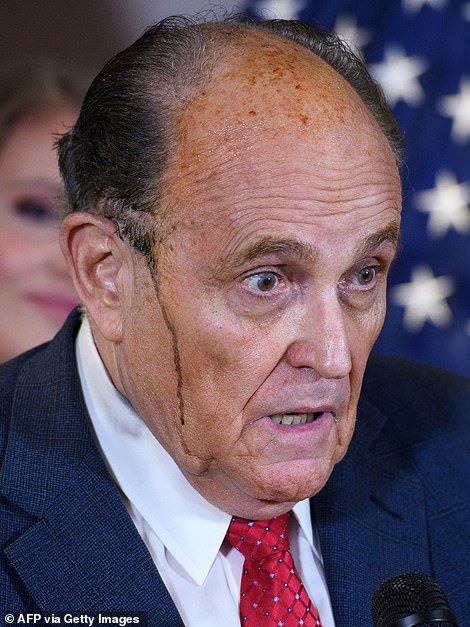 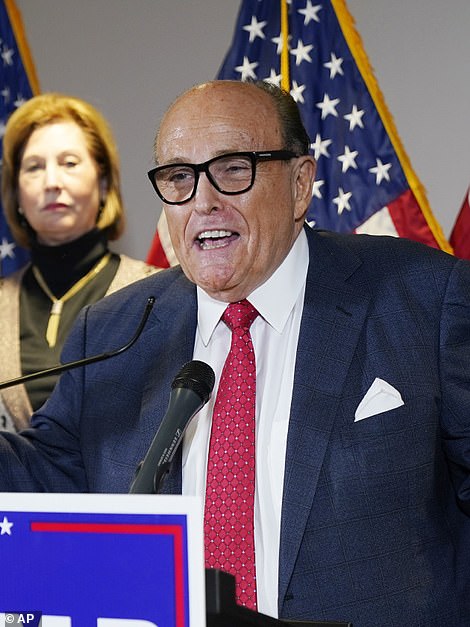 Uh oh: He (seen in Washington DC back in November 2020) has since become a controversial figure over his support for Donald Trump’s election fraud claims