Rita Ora looked incredible wearing a black mini dress which had a string bikini detail on the front on Friday.

The singer, 31, who recently got married to Hollywood star Taika Waititi, showed off her toned, gym-honed legs in the number which suited her perfectly as he left the set of a music studio in London.

She added some inches to her height with a pair of vertiginous Mary Jane heels which had a platform heel.

So glam: Rita Ora wore a black mini dress with a string bikini detail and platform heels as she left the set of a music video in London on Friday

Rita wore her naturally curly hair in a straight and sleek style as she was pictured heading outside.

She gave one final smile as she headed inside a black cab at the end of the day.

Rita also proudly flaunted her incredible figure in a racy black co-ord as she enjoyed a night out at the BYREDO Eyes Closed Dinner in London on Wednesday. 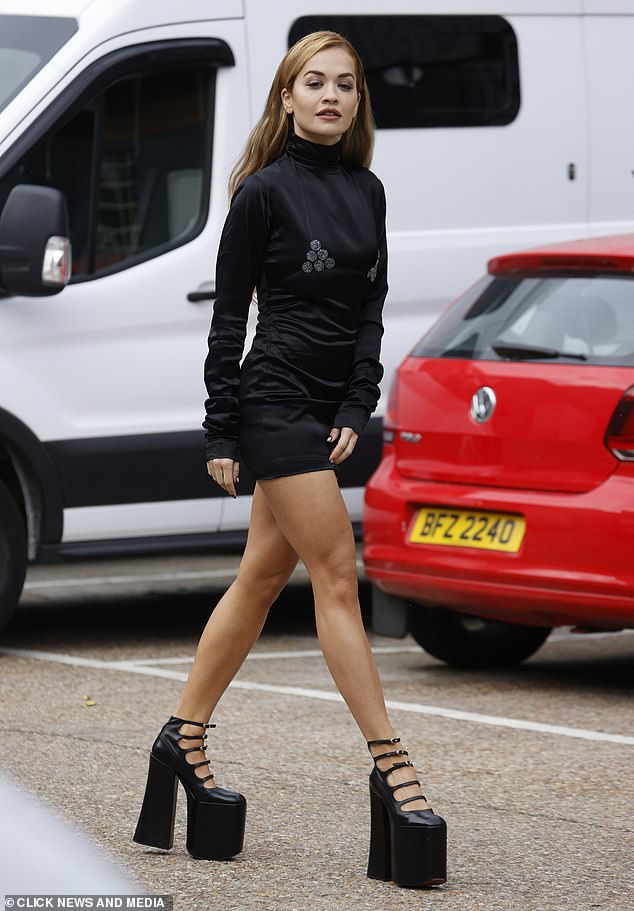 Legs eleven: She showed off her gym-honed legs as she strutted across the car park

She displayed her incredible figure in the barely-there look and platform heels as she headed out for the evening.

Rita previously took to Instagram to share a jaw-dropping video of her impressive biceps, insisting that weight-lifting was ‘the only way to get over her jet lag.’

Having returned to London following her trip to Auckland to perform at the Women’s Rugby World Cup, she wrote in her caption: ‘Straight off a 24 hour flight. 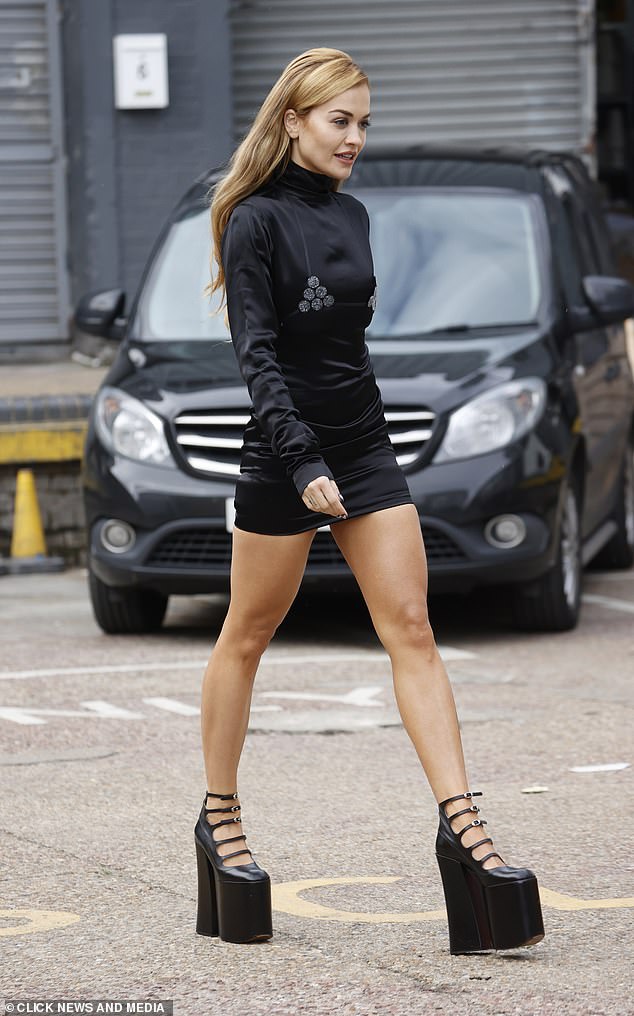 Picture perfect: Rita looked incredible in her ensemble as she tried not to topple over in her heels

The Girls songstress added: ‘It’s the only way to get over jet lag.’

Rita performed ahead of Australian’s titan clash with New Zealand at the Women’s Rugby World Cup in Auckland on Saturday.

The beauty showed off her rock hard abs in black lingerie which she wore beneath a stylish cropped suit. 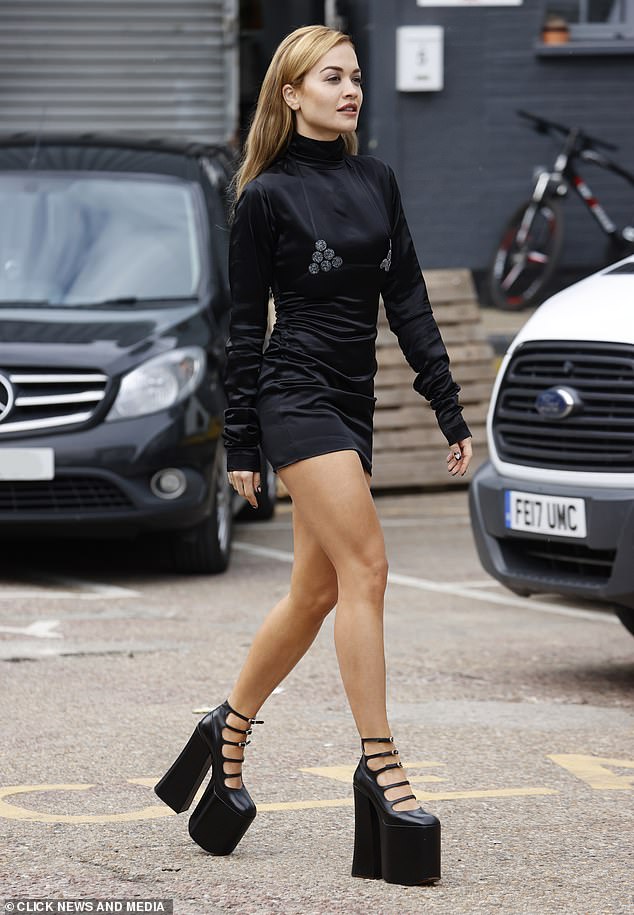 How does she do it? She made the car park look like a catwalk in her incredible get-up 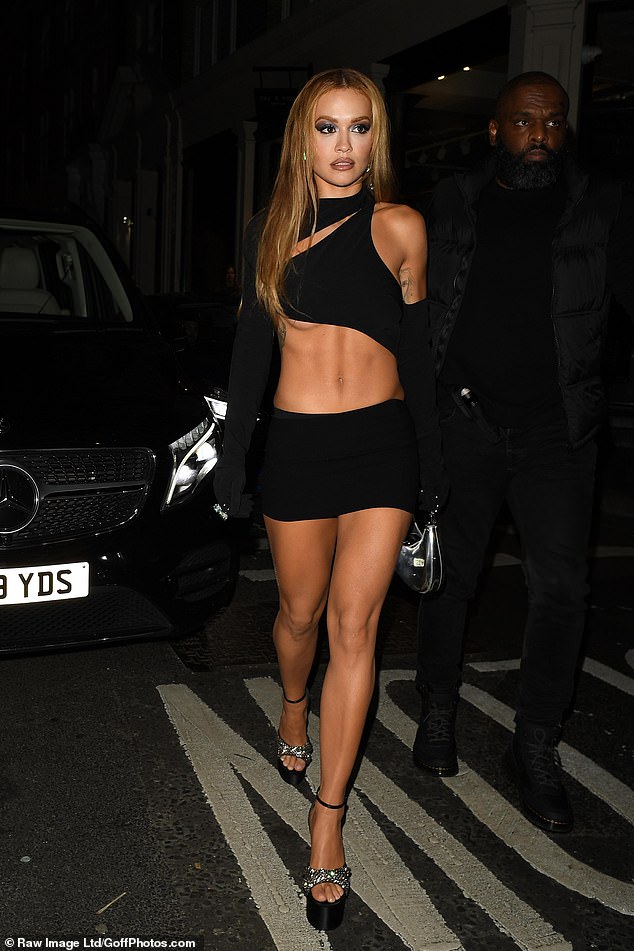 What an outfit! Ritaproudly flaunted her incredible figure in a racy black co-ord as she enjoyed a night out at the BYREDO Eyes Closed Dinner in London on Wednesday