Twist star Rita Ora suggests Charles Dickens would have liked her modernised take on his classic novel… as the Oliver! remake is PANNED by critics

Rita Ora has suggested Charles Dickens would have been a fan of her modernised take on his classic Oliver Twist tale, despite the film being panned by critics.

The 30-year-old singer stars as Dodge, a gender-switched version of the Artful Dodger in the newly released Twist, which sees Rafferty Law in the titular role.

And in an interview with The Hits Radio Breakfast Show’s Fleur East on Friday, the star asserts that Dickens, who died in 1870, may well have told the story their way today. 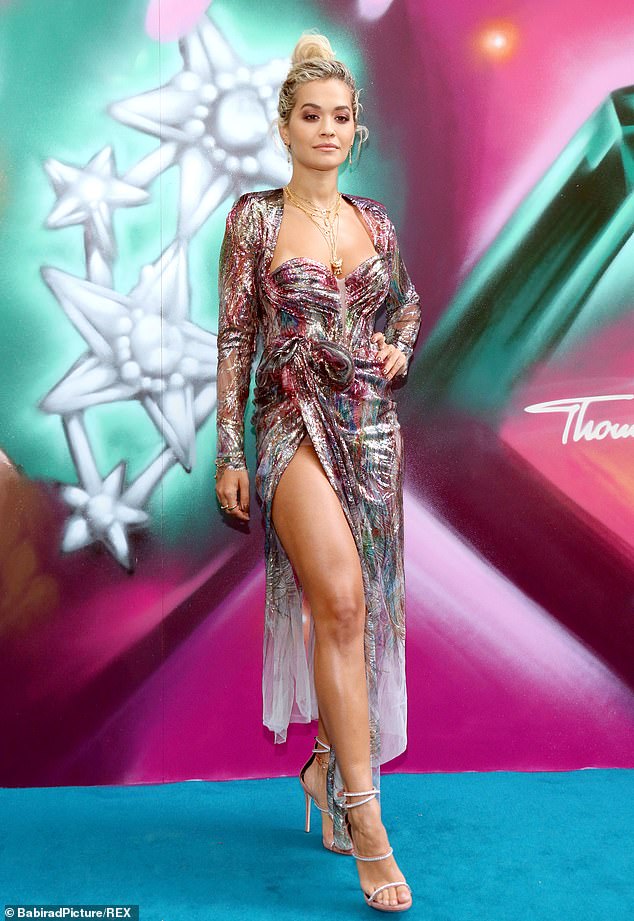 New film: Rita Ora has suggested Charles Dickens would have been a fan of her modernised take on his classic Oliver Twist tale, despite the film being panned by critics. Pictured in 2019

She said: ‘I think that this would be what Charles Dickens would have probably done if – it was, what, 1839 when Oliver Twist came out for the first time. It was his interpretation of street slang and life on the streets.

‘For us now, shooting it in this time, it’s our interpretation of life on the street. So, I really love that I was a part of that progression.’

Despite her assertion that Dickens would be a fan, critics haven taken too kindly to the Martin Owen-directed project, which received 1 our of 5 stars in a review by the Daily Mail’s Brian Viner.

Describing Twist as a film that ‘deserves to be buried under great mounds of earth, and not unearthed for at least 1,500 years’, he concluded: ‘I’d Do Anything to be able to forget all about it.’ 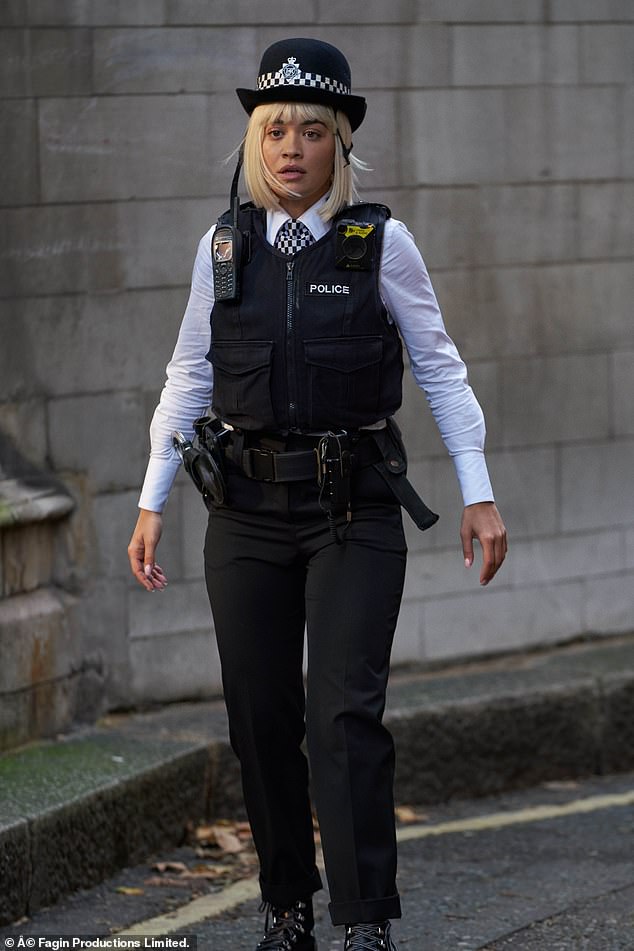 Role: The 30-year-old singer stars as Dodge, a gender-switched version of the Artful Dodger in the newly released Twist, which sees Rafferty Law in the titular role

Still, Rita hopes to fans will appreciate her efforts in the film, which also stars Game Of Thrones’ Lena Headey, Noel Clarke and David Walliams.

She told Fleur East: ‘Artful Dodger was originally a guy so, to be able to do something so modern and put a flip on it, was something that, knowing me, I love a challenge. I was like, “Let’s do it.” I’m really happy we did.’

The move has set something of a precedent for the star, who is now open to the idea of taking on more roles originally written as male.

‘I mean, who knows?’ Rita said of taking on such a role again. ‘I think what’s so cool about our day and age, and us growing up in this society now, is that things are progressing, you know.

Retelling: In an interview with The Hits Radio Breakfast Show’s Fleur East on Friday, the star asserts that Dickens, who died in 1870, may well have told the story their way today 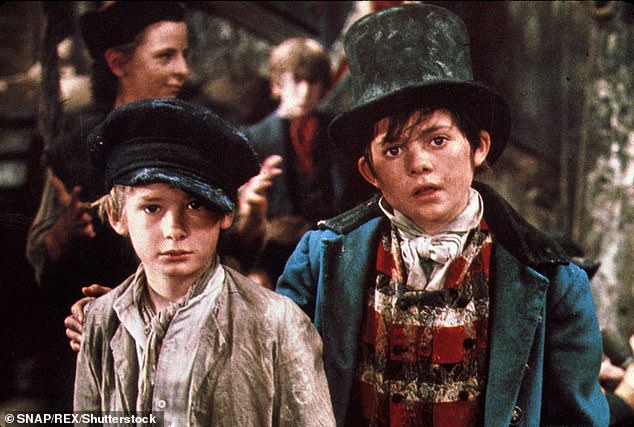 ‘It’s better late than never, and I feel like not just with movies, just in life in general. And, and for women and men and the gender roles, I don’t really think that’s as much of a priority as I think it used to be.

Review: ‘Twist is a film that deserves to be buried under great mounds of earth, and not unearthed for at least 1,500 years… I’d Do Anything to be able to forget all about it.’

Verdict: Twist’s ‘artlessness is more infuriating than funny’. It is ‘hard to imagine a shoddier film being released this year’.

Verdict: The plot and essence of the original has been ‘jettisoned’. While some scenes were watchable, other elements like the action and comedy were ‘under par’.

Verdict: The film was dubbed ‘ingeniously bad’ in a cutting review entitled ‘Please Sir, I don’t want any more’.

Verdict: The ‘Dickensian disaster was deemed a ‘baffling fudge in which no one knows what they’re up to, and the dialogue is unspeakable’.

Verdict: ‘The dialogue is so leaden and the plot so flimsy… Despite all the efforts to drag a Victorian tale into the 21st century’ the film feels ‘not just old-fashioned but sluggish’.

‘And I really love that about the time that we live in, and I’m always gonna champion that. So, I think it’s fantastic.’

In making the film, which was shot in London, Kosovo-born Rita found that she related to the Artful Dodger, a member of a pick-pocketing gang.

She explained: ‘He was almost like my alter ego, my inner ego. You know, I grew up in west London. I grew up in a council estate, it was definitely something that I was familiar with in that sense.

‘It was just actually fun because I got to be, kind of, more like, gangster with it all. And it was really cool to be able to, like, boss people around a little bit.’

A part of getting into character involved doing some of her own stunts on the set of the film, which was released on Sky Cinema on Friday.

She said: ‘Yeah, there were stunts on set, professionals. But to be fair, I tried to do my own as much as possible. But to be honest, Raff Law did a lot of his own stunts.

‘And I was so impressed. If I could learn, I would definitely do it, you know. I definitely would love to learn.’

Another part of working on the film that impressed her was starring alongside legendary actor Sir Michael Caine, 87, who stars as criminal mastermind Fagin.

‘I, obviously, had a million things to ask him, because he’s just the best, and I’m such a fan of his,’ she said. ‘So there was everything about [his book] Blowing The Bl**y Doors Off. How did that actually happen?… You know, there were so many things.

‘I think at one point, he was like, “OK now, can you just stop.” No, he never did that. He was super supportive and helpful. I mean, he’s just so iconic. I was really obsessed, actually.’

After more than a decade of having a successful singing and TV career, Rita revealed that she’s thoroughly enjoying making a transition into film.

She said: ‘I think why I love doing film now so much, as much as music, is that I genuinely can get absorbed into the character and not have to explain why I look the way I look.

‘I always have been like that with fashion. I’ve never really explained why I dress how I dress.’

However, she still plans to put out music this year: ‘Definitely,’ she insisted. ‘Of course. You know, that never stops flowing. That ball will always keep rolling.’

Titular role: Rafferty Law takes on the titular role in the film, which was released on Friday