She’s been busy working on The Voice Australia.

And Rita Ora looked incredible as she posed up a storm in a series of stylish looks while enjoying some downtime from her mentoring duties on Thursday.

The singer, 30, commanded attention as she showcased her sizzling physique in a patterned orange dress and flashed her abs in a cut-out crop top. 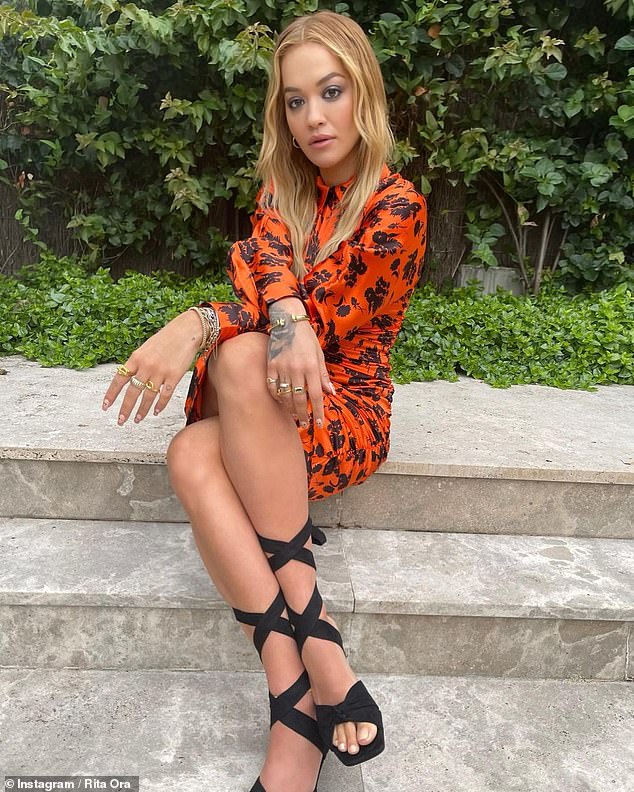 Work it: Rita Ora looked incredible as she posed up a storm in a series of stylish looks while enjoying some downtime from her The Voice Australia mentoring duties on Thursday 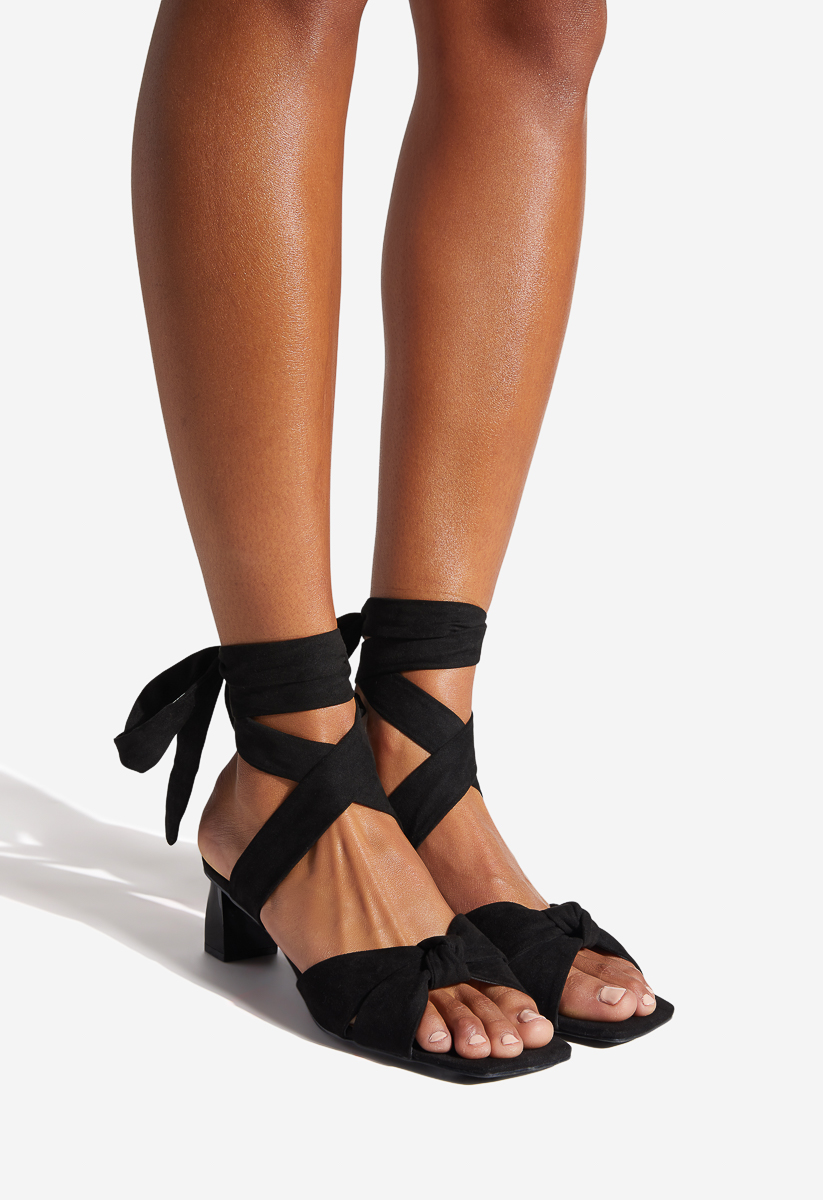 Rita smouldered in front of the camera, perching on a step while rocking a skin-tight burnt orange ensemble for one snap.

She paired her bright dress with some chic black heels from her range with Shoe Dazzle and added several rings and bracelets to complete her look.

The beauty wore her blonde locks down and gently curled at the front to frame her face and also donned a slick of eyeshadow and lipstick.

Rita also slipped into an eye-catching black crop top which boasted a criss-cross detail across the front to flash her enviable abs. 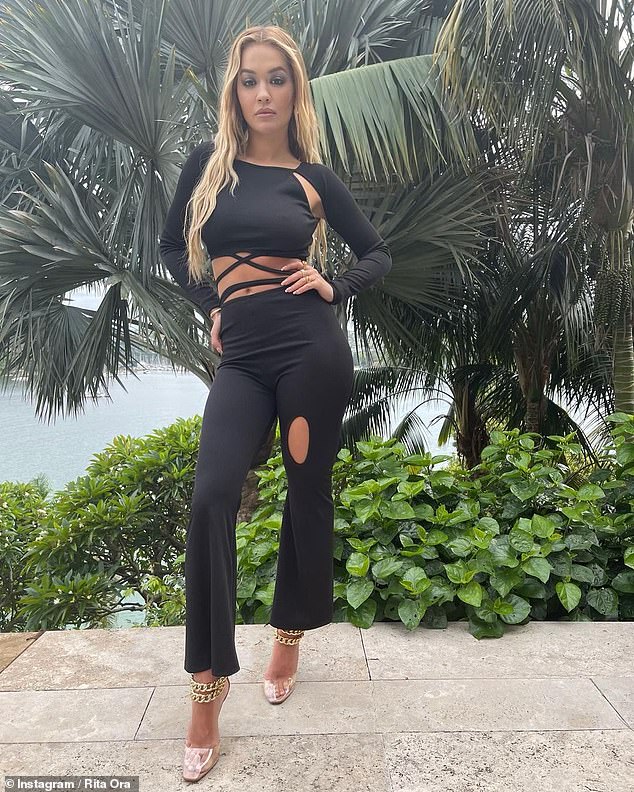 Incredible: The singer, 30, flashed her abs in a cut-out black crop top paired with some flared trousers and heels

The star paired her top with some black flared trousers and added some extra height to her toned frame by donning clear heels with a gold chain around the ankle.

Sitting back down on the step for another picture, Rita rested her hand on her face and put on a sultry display while working all her angles for the camera.

Rita is currently in Australia for work and is believed to be staying in a five-bedroom mansion in the upmarket suburb of Mosman during her time in the country. 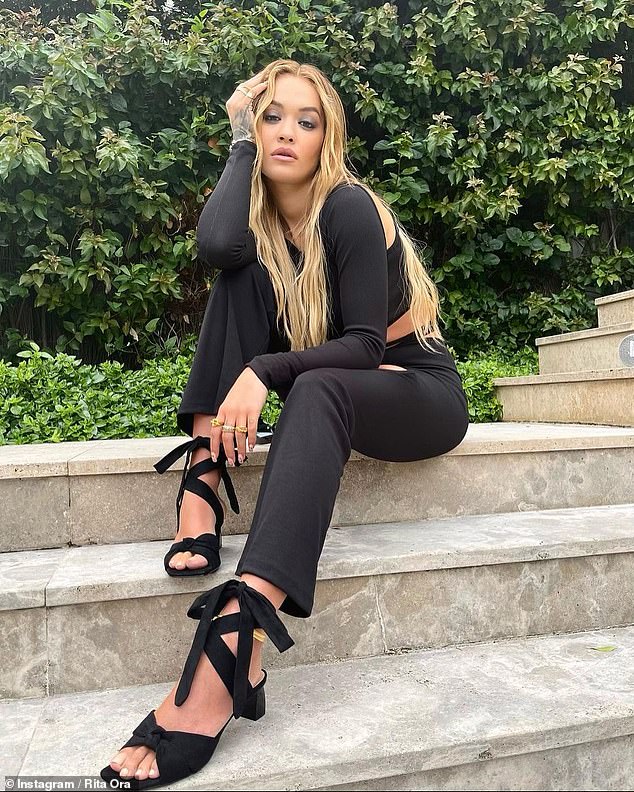 Smouldering: She exuded confidence in front of the camera, ensuring to work all her angles

The Brit is paying an estimated $30,000 per week to stay at the three-storey waterfront home – popular with celebrities visiting from overseas.

The exclusive mansion is one of 21 homes along the waterfront between Balmoral and Chinamans Beach.

The musician travelled Down Under with her sister Elena, who also acts as her manager, and has been keeping fans updated on her time away from the UK. 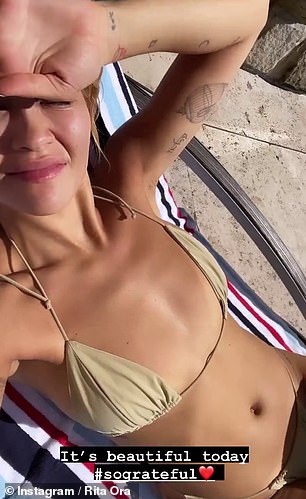 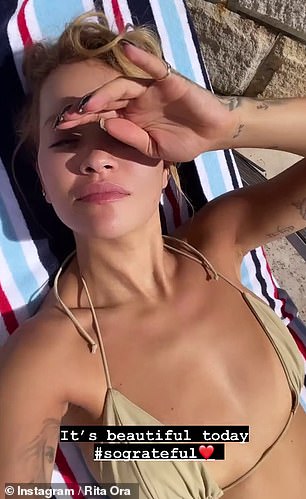 ‘So grateful’: Rita has been keeping fans updated on her time working in Australia and spent Wednesday soaking up the sun at the beach

On Wednesday, Rita told fans she was ‘so grateful’ as she showcased her enviable figure in a slinky gold bikini while at the beach.

Rita is making her debut as a judge on for the upcoming series of The Voice Australia and is joining country superstar Keith Urban on the show.

The For You hitmaker was previously a coach on the UK version of The Voice in 2015, while also taking on judging roles on ITV shows the X Factor and The Masked Singer.

Oti Mabuse will now be sitting on the panel for the UK season of The Masked Dancer, which will air in place of Britain’s Got Talent this year. 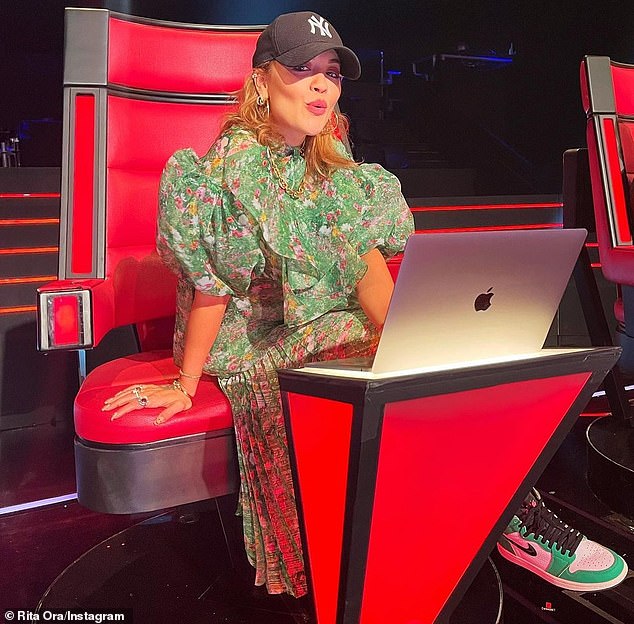 Just at the workplace: Rita is currently filming the latest series of The Voice Australia