He retired from football seven years ago after dominating the soccer industry for nearly two decades.

And Ronaldo continued to enjoy his time away from the spotlight as he took a boat ride along the Spanish island of Formentera on Friday.

The Brazilian sportsman, 43, looked to be in good spirits as he cosied up to girlfriend Celina Locks during the idyllic getaway. 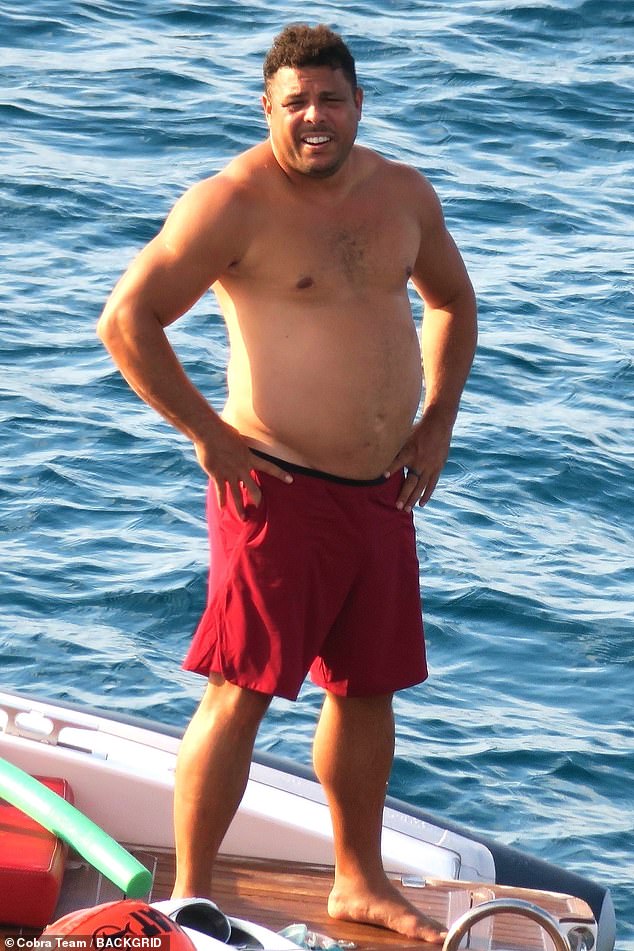 Casual: Retired football legend Ronaldo, 43, was in good spirits as he took a boat ride along the Spanish island of Formentera on Friday

The former Real Madrid striker exhibited his torso in a pair of low-slung red swimming trunks.

He showcased his tanned complexion as he stood on the deck with his hands on his hips to soak up the sunshine.

The star then snuggled up to Celina, who had opted for a very skimpy white bikini, before the pair shared a sweet kiss.

Ronaldo, widely regarded as one of the greatest striker’s on the planet during his playing career, formally retired from professional football in 2011 after an illustrious playing career. 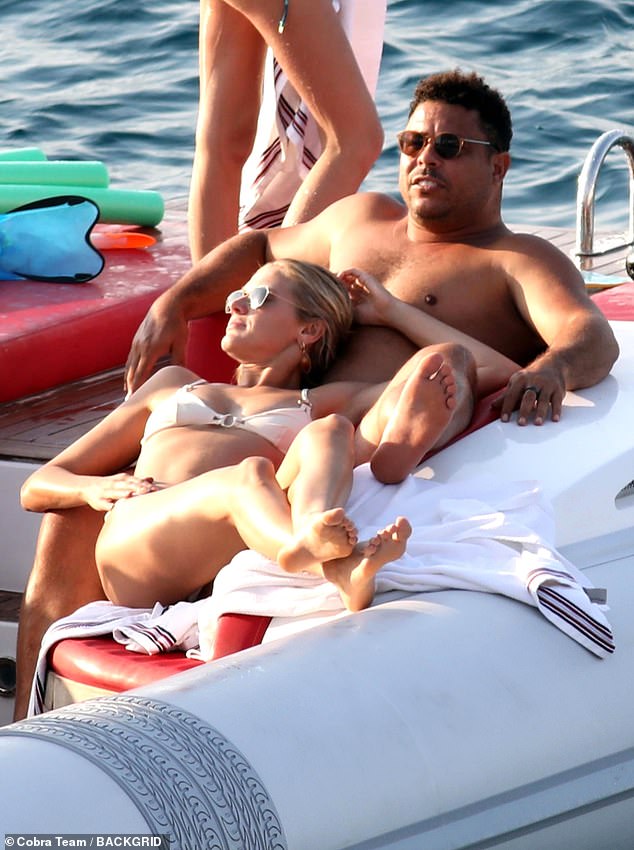 Loved-up: The Brazilian sportsman relaxed with his girlfriend Celina Locks as the pair snuggled up together in the sun 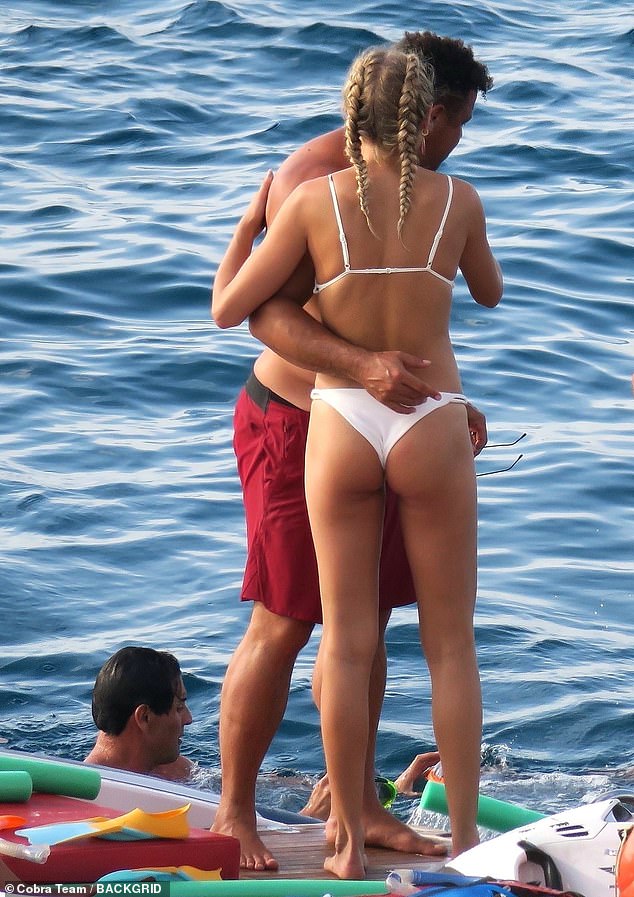 In late 2010, the striker revealed he’d underwent a vasectomy to ‘close the factory’ after welcoming four children.

In an interview with Financial Times earlier this year, he shared he could still have children as he’s had his sperm frozen, stating: ‘I have some on ice. Enough to make a football team.’

Ronaldo and his new girlfriend Celina Locks are believed to have started dating in early 2015, with the model occasionally sharing snaps of the couple together on her social media.

The footballing legend, who has been been titled with FIFA world player of the year three times, previously spoke about future plans on making a comeback to sport.

He said at a press conference in 2015: ‘That is not easy because I love to play, I love soccer, that was all my life my big love. When I retired, I stopped playing because of my body, so much pain and injuries.

‘To play a soccer game you have to be in very good shape. I will try for myself, it’s another challenge, I am sure it will help the league, help the team. 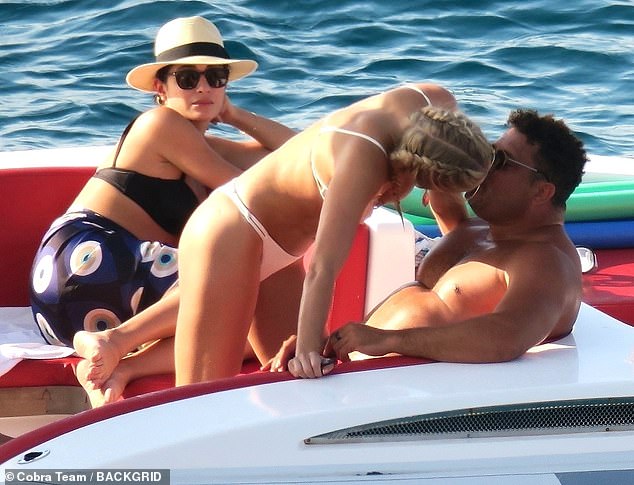 Cute: Ronaldo, widely regarded as one of the deadliest striker’s on the planet during his playing career, later shared a sweet kiss with Celina during the day out on the water