Rebecca Adlington revealed she is expecting a baby boy with her boyfriend Andrew Parsons in an interview with Hello! Magazine on Sunday.

The Olympic champion, 31, and facilities manager, 30, revealed to the publication that they found out the baby’s gender during a recent scan.

Gushing about the news, Rebecca said: ‘He was on his back with his legs wide open showing us his full package. I couldn’t stop laughing. It was such a funny, joyous moment.’ 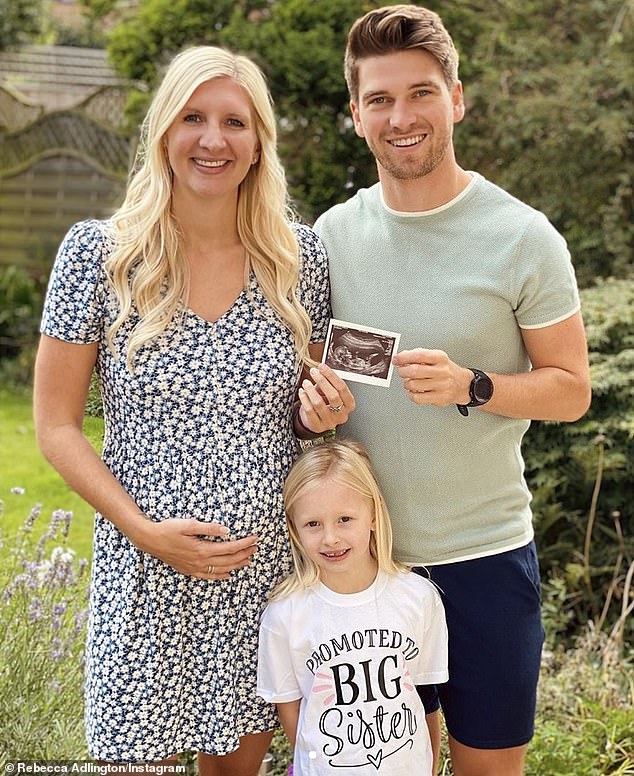 It’s a boy! Rebecca Adlington revealed on Sunday that she and beau Andrew Parsons are having a boy as the Olympic champion admitted she ‘had a feeling’ they were having a son

The athlete said the couple had suspected the child would be male, adding: ‘We had a feeling and so did our friends and family.

‘I feel different this time. I’m bigger and I’ve been craving carbs and savoury things, not sweet things like I did with Summer.’

The retired swimmer already has a five-year-old daughter, Summer, with her ex-husband Harry Needs.

Rebecca and Andrew met through the dating app Bumble in January 2018 and moved in together last summer. 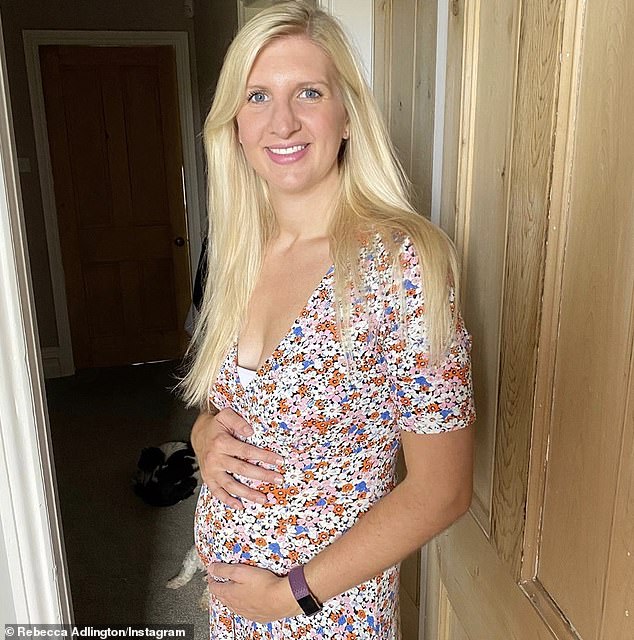 Amusing introduction: Gushing about the news, Rebecca said: ‘He was on his back with his legs wide open showing us his full package. I couldn’t stop laughing’

She also went on to address the news that Harry, with whom she co-parents Summer, has recently announced he was bisexual.

Harry came out as bisexual in June this year, and told BBC News that he entered into a relationship with another man in 2019 and said he didn’t feel he could truly say he was bisexual until this happened.

Rebecca said: ‘Regardless of his sexuality we’ve always supported each other. When you care for another human being you want that person to be well, no matter what they’re going through.

‘You’ve got to be there for those people in your life. Summer is the priority for both of us and we always put her first and I think that’s why we get on so well.

‘Harry is really excited about the baby. He has always known I wanted more kids and he was really happy for Andy and offered to help if he needs any tips.

‘He’s been brilliant. Our child will get to know Harry as well.’

Rebecca announced she was pregnant by posting a sweet snap of herself and her boyfriend Andrew Parsons, 30, holding up an ultrasound.

Revealing she is 14 weeks pregnant, Rebecca appeared to suggest she conceived during the COVID-19 lockdown. 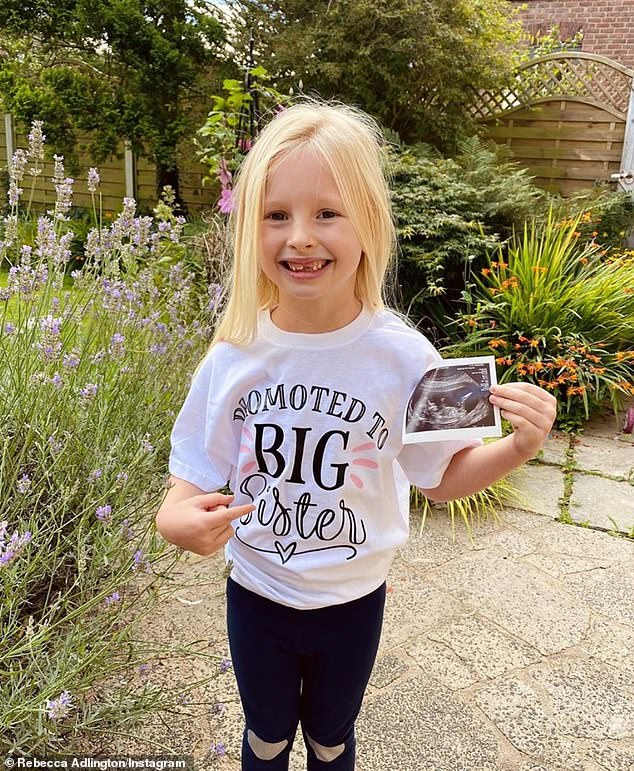 Promotion! Rebecca announced she was pregnant in September, and she shared an adorable snap of daughter Summer holding the sonogram and wearing a ‘Promoted To Big Sister’ top

She captioned the snap: ‘Andy and I are excited to announce that we’re expecting. Summer can’t wait, she asks everyday to check my belly to see if it’s growing.

‘Going to be a long wait until the end of Feb!’

She also added an adorable snap of Summer, holding the sonogram, wearing a ‘Promoted To Big Sister’ top.

Read the full interview in Hello! magazine, out now. 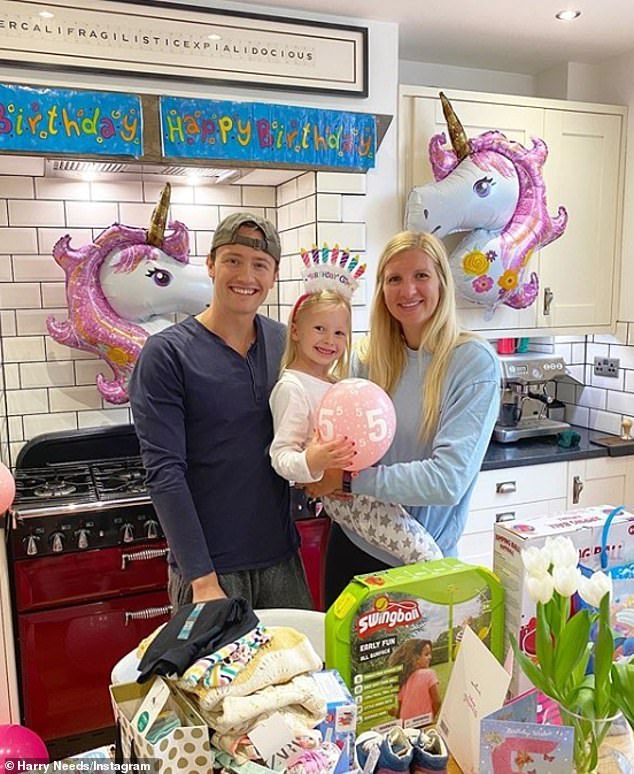 Blended family: Rebecca and ex-husband Harry Needs (pictured) married in 2014, welcoming Summer in 2015. They split, however, in 2015 but continue to co-parent their daughter