He’s following in his famous father’s footsteps by joining the entertainment industry.

And Rafferty Law was the spitting image of his father Jude, as he looked remarkably like the actor, 46, during an appearance at Valentino’s Menswear Fall/Winter 2020-2021 show as part of Paris Fashion Week on Wednesday.

The aspiring star, 23, looked sharp as he arrived in style at the event, and paired a beige trench coat over an all-black outfit. 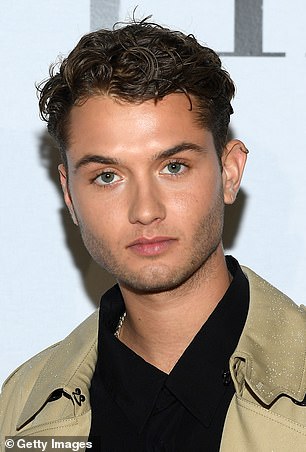 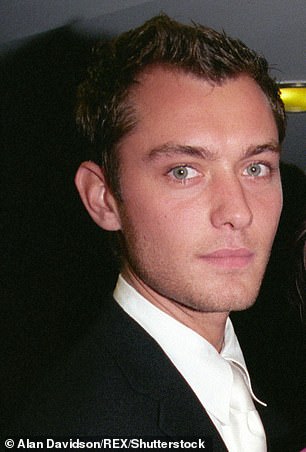 Uncanny: Rafferty Law was the SPITTING IMAGE of father Jude as he arrived in style at Valentino’s runway show during Paris Fashion Week in the French capital on Wednesday

Rafferty’s effortlessly chic ensemble comprised of a black wrap-front top which were tucked into a pair of sleek trousers, while he represented the brand by accessorising with a Valentino belt.

His chocolate-brown locks sat in a tousled style, and he had a 5 O-Clock shadow that made him look exactly like his famous father.

Rafferty is the son of Jude and Sadie Frost, who the actor was married to from 1997 until their divorce in 2003. 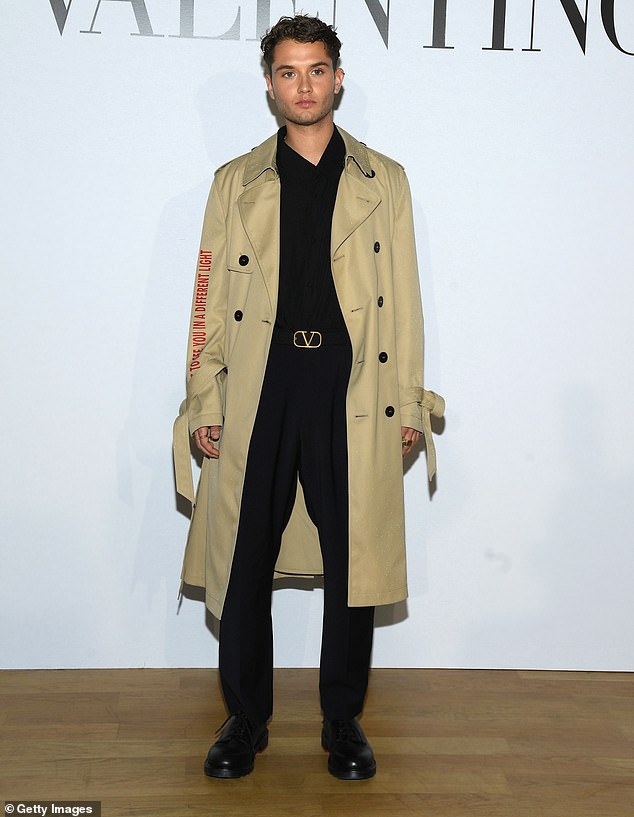 Dapper: The aspiring star, 23, looked sharp as he arrived in style at the event, and paired a beige trench coat over an all-black outfit 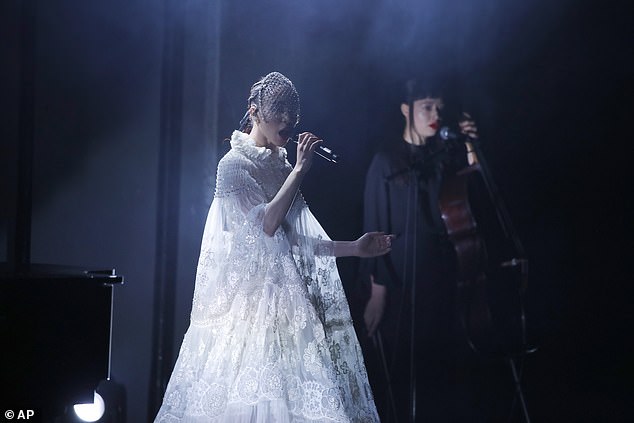 Ethereal: FKA Twiggs performed at the event and looked sensational in a white gown 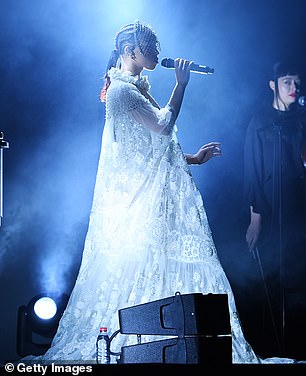 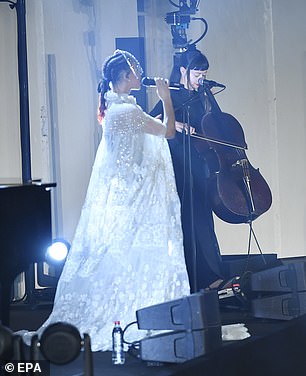 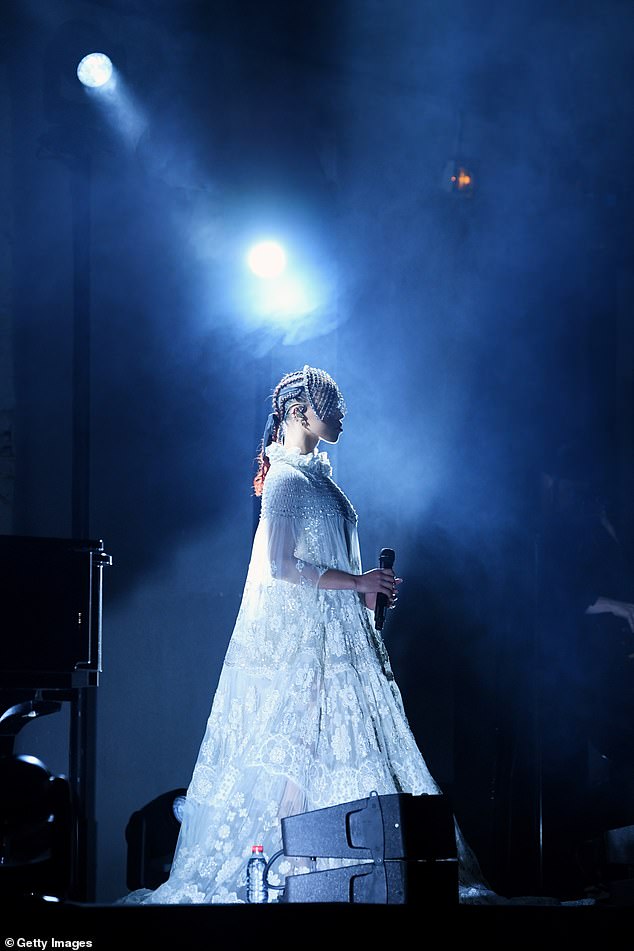 Striking: FKA wore a mask over half her face during the performance

In the new year, aspiring actor Rafferty will make his film debut as Oliver in Twist, alongside musician Rita, 29, Sir Michael Caine as Fagin, former Game Of Thrones star Lena Heady as Sykes and David Walliams as Losberne.

Traditionally a male character, Artful – the assumed name of child criminal Jack Dawkins – was originally presented as an adept pickpocket, famed for his incredible skill in separating unsuspecting victims from their wallets and purses. 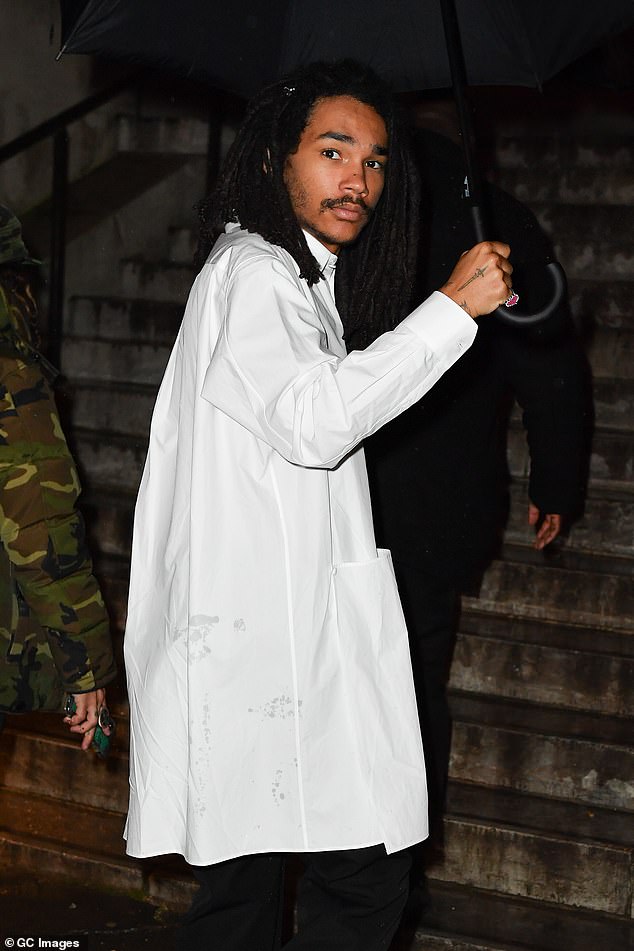 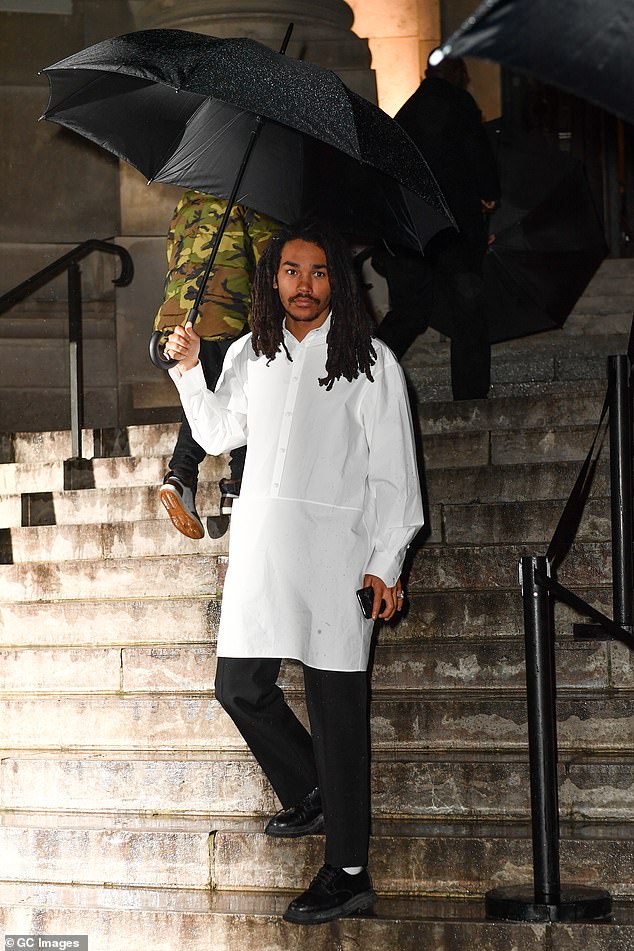 Simple: The Dead Don’t Die star paired the top with a pair of black trousers and trainers

But in keeping with the new film’s present day setting, the character’s criminal background has been appropriately tweaked – along with his gender.

The Dodger’s name also been tailored, with Rita’s interpretation responding to the abbreviated ‘Dodge’ in the new film.

On the plot, a source told MailOnline: ‘Twist is a modern interpretation of Charles Dickens’ Oliver in which the title character has been reinvented as a streetwise artist living on the streets of modern-day London…

‘Rafferty impressed with his screen presence and his edginess brings a whole new dimension to the role of Oliver. It’s an all-star cast with David in the mix after arriving at today’s first rehearsal – not to mention Rita and Sir Michael Caine.’ 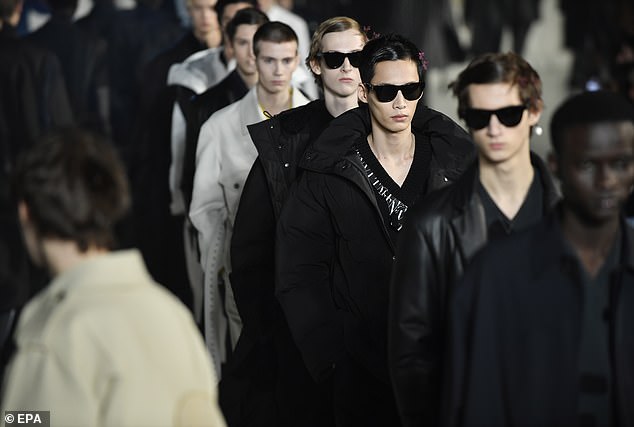 Time for the show: A slew of models stepped out on the runway in monochrome ensembles