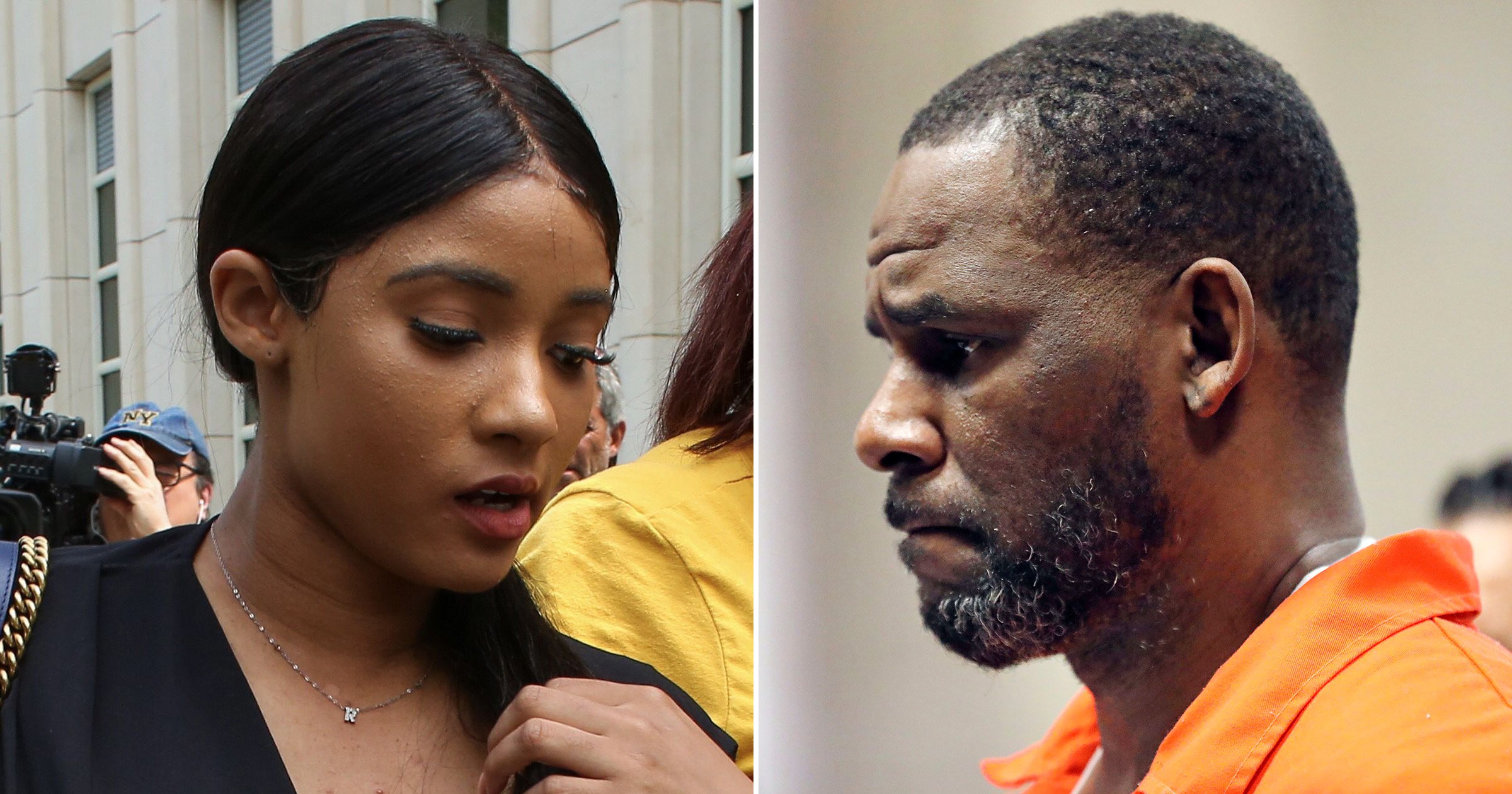 R Kelly reportedly got engaged to one of his alleged victims, Joycelyn Savage, before he was sentenced to 30 years in prison for sex trafficking.

Savage, 26, is Kelly’s longtime girlfriend and has frequently stood by the singer. However, her parents accused Kelly of ‘brainwashing’ their daughter and witholding contact with them.

At the age of 17, Joycelyn moved out of her family home to Chicago with the disgraced singer in order to pursue her music career. At 19, she lost touch with her family before cutting off contact with them.

According to legal documents obtained by TMZ, Savage wrote a letter to Judge Ann Donnelly before he was sentenced.

The letter says: ‘My name is Joycelyn Savage and I am Robert Kelly’s fiance[e].’

She goes on to ask the judge for a lenient sentence and says: ‘I’m not the victim that the government has portrayed me to be.’

She adds that her relationship with the singer is ‘amazing’.

Gerald Griggs, an attorney for Savage’s family, says Savage never made the engagement known to her family.

He said that he finds it strange that Savage did not testify about it under oath, and that her family ‘strongly doubts’ the engagement.

However, they admit it’s not unusual that she wouldn’t tell them about the engagement, as she hasn’t spoken to them since she left to be with Kelly.

Savage previously defended Kelly after denying that an Instagram account, which featured posts promising she would ‘tell her story’, belonged to her.

She said at the time: ‘I am truly tired of all the lies that they are saying about the man we love so much, and our best friend R. Kelly.

‘It has been said that I have left him and he has abused me and all kinds of nonsense. I have said before, none of it is true. It is a shame how they are treating him, it is so wrong on so many levels and he does not deserve this.

‘I am not going to be a part of the assassination of R.Kelly’s name, music career and his character. How will we ever be able to get a fair trial anywhere in the world with all these lies that are being told on him?

‘Please free him and let him come home in peace. I promise you he is not the person you guys think he is. He is the best thing that has ever happened to me and Azriel [Clary].

‘I talk to him every day and I see him every two weeks.’

In June, Kelly was sentenced to 30 years behind bars.

He faced a life sentence for masterminding an elaborate scheme to entice and sexually exploit young aspiring singers and underage children.

Following a six-week trial in Brooklyn, Kelly, 55, was found guilty on all nine counts against him, including multiple counts of racketeering, with the charges relating to bribery and forced labour, by a jury in September last year.

Kelly – who denied all charges – was also found in violation of an anti-sex trafficking law known as the Mann Act.

Kelly did not appear to react as the sentence was passed, with Judge Donnelly saying during sentencing that he had used his ‘minions’ to ‘lure young fans into your orbit’.

She added that he had taught his victims ‘that love is enslavement and violence’.

Metro.co.uk has contacted reps for R Kelly for comment.