Feuding former TOWIE stars Ferne McCann and Sam Faiers had a rather awkward run-in at the Pride of Britain Awards in London on Monday.

The former best friends, whose dramatic falling out has made headlines in recent weeks, both made their way down the red carpet at the coveted event wearing similar brown dresses.

On the evening, Ferne turned heads in a figure-hugging long sleeve gown that featured a high neck and a cut-out over the waist.

She completed her look with her dark locks out and around her face and wearing makeup including a nude lip.

Sam meanwhile, walked the red carpet with her husband Paul Knightley, stunning in an elegant brown dress that featured feather detailing on the sleeves and a thigh-split. 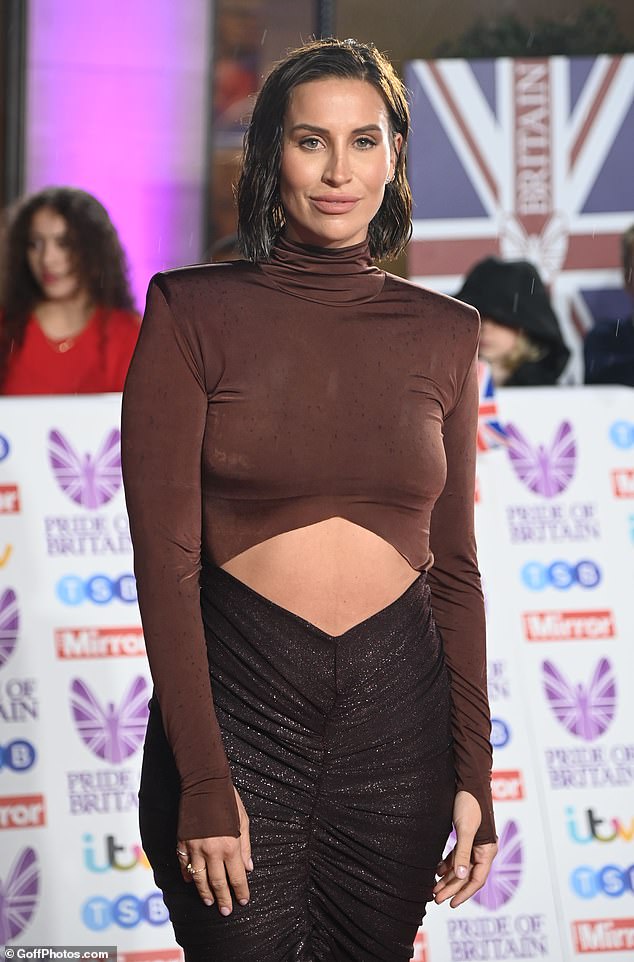 Glammed up: Ferne wore her dark locks out and around her face and wearing makeup including a nude lip

Turning heads: On the evening, Ferne turned heads in a figure-hugging long sleeve gown that featured a high neck and a cut-out over the waist

Sam pulled her dark locks back and off her face and into an elegant, low bun.

Fresh from completing Celebrity SAS: Who Dares Wins, the former TOWIE star, 32, revealed on Instagram that she had ‘confronted difficulties in her life’ during the experience.

The reality star wrote: ‘What a journey. Taking part in @sas_whodareswins was one of the most humbling and toughest things I’ve ever done. 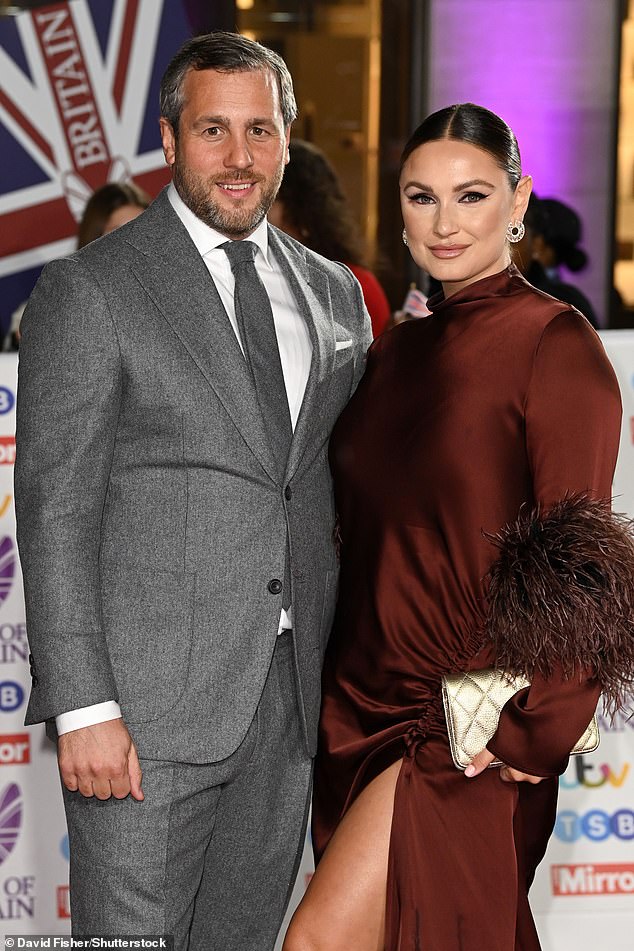 Elegant: Sam meanwhile, walked the red carpet with her husband Paul Knightley, stunning in an elegant brown dress that featured feather detailing on the sleeves and a thigh-split

‘I can honestly say it’s changed my life. The whole experience makes you look at every single part of yourself – your strengths, your weaknesses, your deepest fears.

‘It taught me resilience, self acceptance and that every moment is an opportunity for change. It’s given me the confidence to finally confront difficulties in my life, deal with them and move forward.

‘I went in to the series to prove to myself I can be strong and I wanted to make Sunday proud. It was a major shock to the system!

‘Every day I cried for Sunday, every day I wanted to leave, my body ached and I missed home so much. But I had my personal reasons why I needed to stick it out.

‘Yes I completed it and I passed but If SAS taught me anything, it taught me to take things step by step, push a little harder to the next morning, get through just to one more task.

‘Moments will floor you, you will mess up but you’ve got to find that resilience & grit to pick yourself up and go again.

‘Just when you think you’ve got it all figured out life will always throw something else up, and as the DS say, it’s about how you deal with it,’ she added in part of her lengthy post. 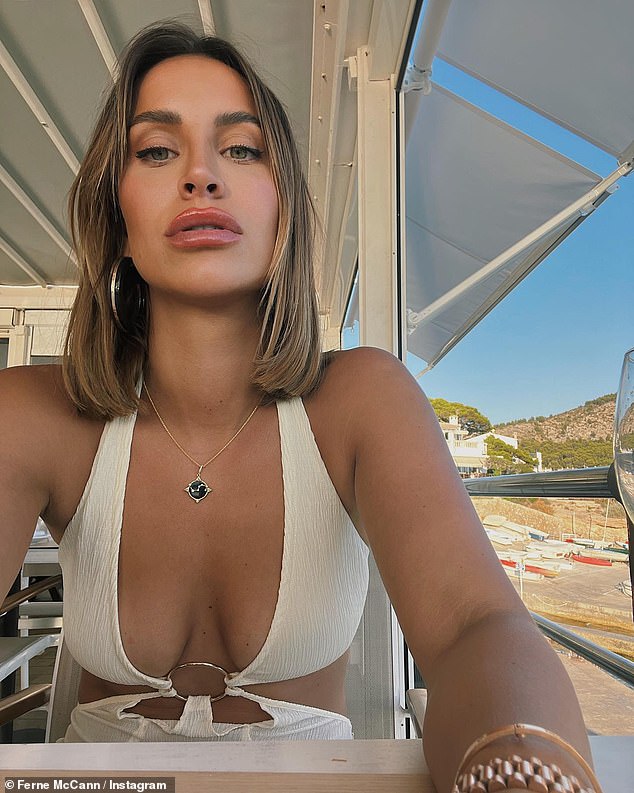 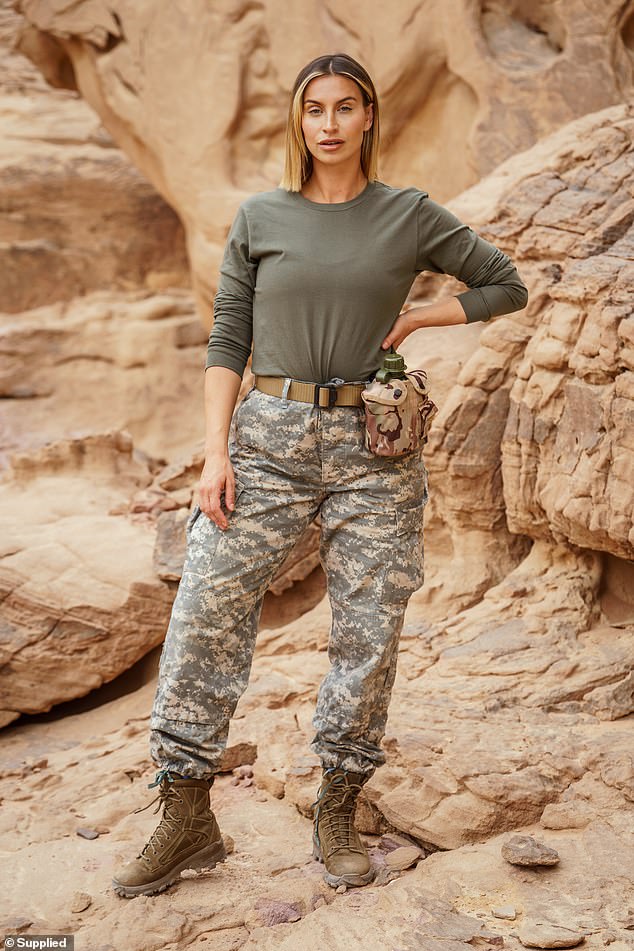 Reflecting: Fresh from completing Celebrity SAS: Who Dares Wins, the former TOWIE star, 32, revealed on Instagram that she had ‘confronted difficulties in her life’ during the experience

Ferne hit headlines just earlier this month after the audio footage was posted from an Instagram account.

Sam and Ferne, who starred alongside one another on The Only Way Is Essex, were friends for over 20 years before the drama.

Ferne has reportedly been left devastated by the leaked notes and ‘can’t stop crying’ as she has received backlash from fans online after the audios appeared to show her calling Sam a ‘fat c***’.

‘Her thighs are so big and I looked really skinny today,’ the message continued – cutting to other clips where allegedly describing Sam, Ferne said: ‘Sort of girl that she is, she’s just a narcissistic b**ch, she honestly won’t care.’

The Instagram account wrote alongside the clip: ‘@FerneMcCann what a jealous bitter woman talking about your so called best friend @SamanthaFaiers who you have known for 20 years. 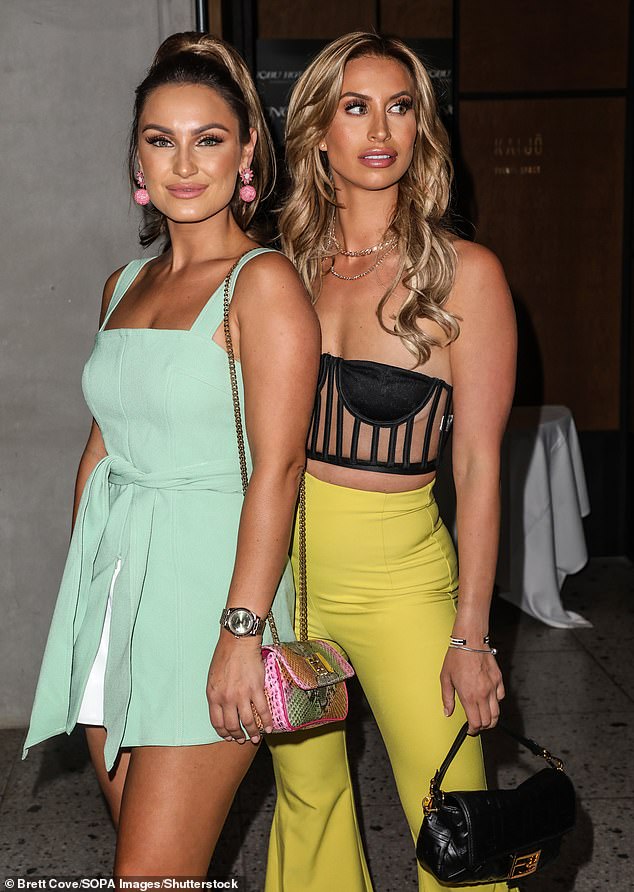 Falling out: The former TOWIE star, 32, has been embroiled in an ongoing feud with Sam, 31, after audio footage was leaked which allegedly saw Ferne brand her pal a ‘fat c***’ (pictured together in 2019)

‘As a friend you should be supporting your friends not running to other friends and slating them.’

The voice messages were allegedly sent by Ferne on WhatsApp to a friend in June, just a month after Sam had given birth to her third baby, Edward.

But sharing that Ferne ‘doesn’t know what to do next’, a source explained: ‘She is in a living nightmare and wants this to stop. People don’t know all the facts. All eyes are on what could come out next on this Instagram account.’

‘If those voice notes were made by Ferne then it is incredibly damaging. She is being seen as a bit toxic at the moment. No one can believe she would say such things.’

Sam has unfollowed Ferne on Instagram amid the drama, with her sister Billie reportedly calling her former co-star to find out the situation.

According to The Sun, Ferne has now reached out to Essex Police to see if they can locate the anonymous person behind an Instagram account that has been sharing the shocking voice notes. 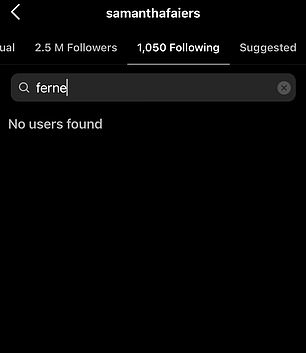 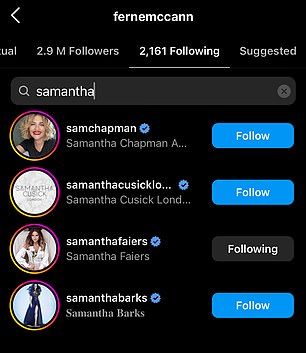 A source said: ‘Ferne was visited by the police on Thursday night after having her life turned upside down by a fake account that has launched a malicious smear campaign against her.

‘Officers spent a few hours with her and gave reassurances that they are prioritising this case, tracking the parties responsible.

‘Having taken statements, the police are currently in the process of tracking the fake account’s whereabouts. The Online Safety Bill was discussed as they clamp down on cyber crime.’

The voice messages also allegedly show Ferne taking a swipe at Sam’s sister Billie, saying it was ‘weird’ that Billie decided to call her son Arthur – the name of Ferne’s ex Arthur Collins, who she shares daughter Sunday with. 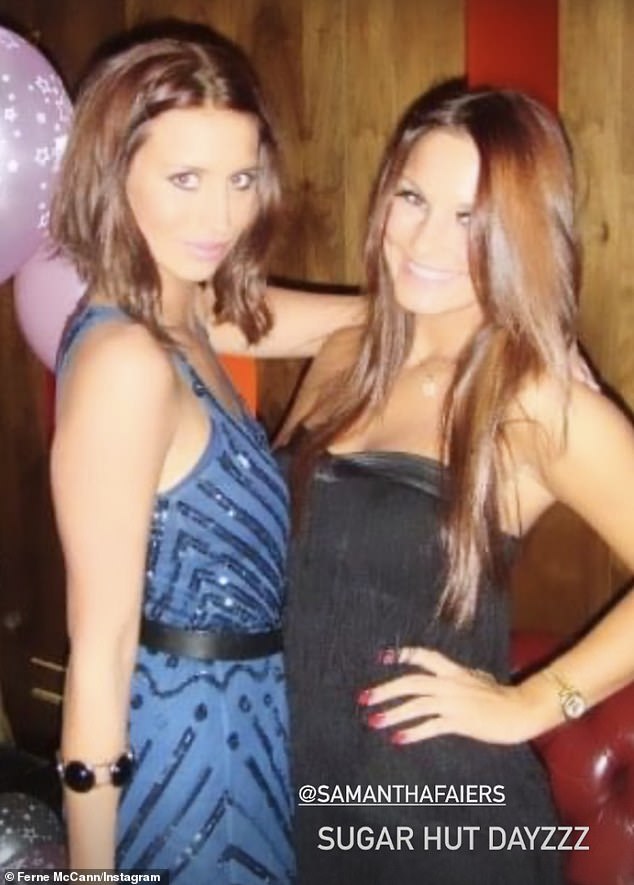 Throwback: The pair were friends for over 20 years, before skyrocketing to fame in The Only Way Is Essex

Arthur, 29, is currently serving a 20-year prison sentence after being found guilty of carrying out a brutal acid attack in 2017. Ferne has raised Sunday as a single parent.

The voice note says: ‘It feels so weird saying ‘Arthur’, I can’t believe, it’s like me having a little boy and calling him Greg, anyway, whatever.’

However, many fans have flocked to Ferne’s defence, insisting everyone makes comments ‘behind closed doors’ and arguing that the row should be sorted in private.

Taking to social media, one fan said: ‘Always two sides to every story. You just never know what goes on behind closed doors. Fact.’

Another wrote: ‘I really disagree with this, however can’t it be sorted privately, I recon Ferne will be in a very bad place over this, as much as she has done wrong, two wrongs don’t make a right.’ 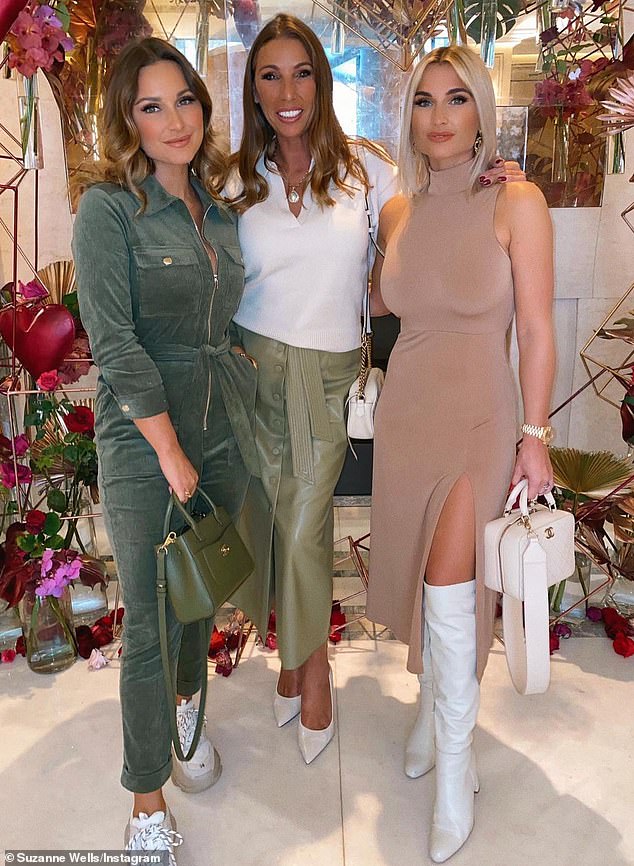 Protective: Sam’s mum Suzie recently dismissed recent claims that Sam and Ferne were ‘feuding’ and said the past few days have been very ‘hurtful’ and ‘upsetting’ (Suzie pictured with daughters Sam and Billie)