She is expecting her third child, a baby boy, with husband Marvin Humes.

And Rochelle Humes shared a series of pictures documenting the growth of her baby bump on Instagram on Friday.

The This Morning presenter, 31, who has been keeping her fans posted on her pregnancy journey and has recently battled with intense morning sickness, told her fans she was using her free time in lockdown to keep a record of her ‘bump growth’. 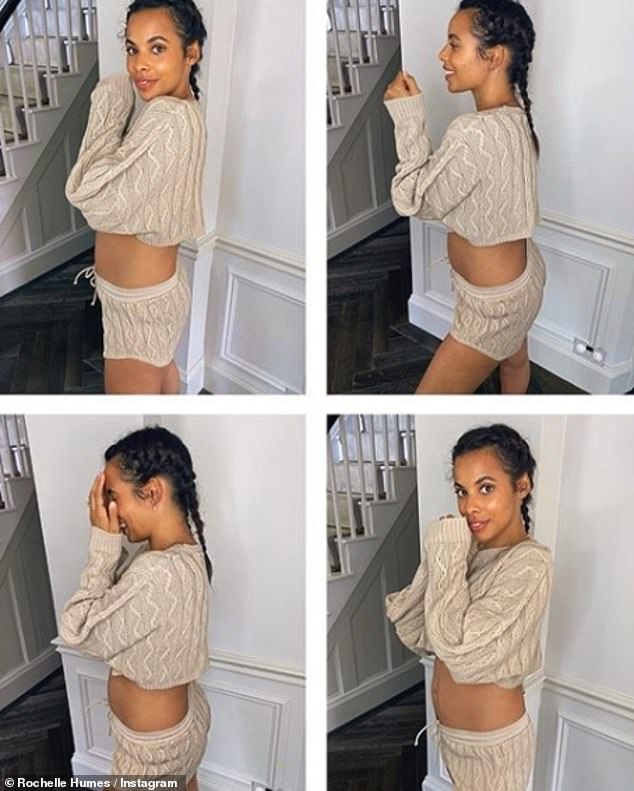 Baby bump: Rochelle Humes, 31, shared a series of pictures documenting the growth of her baby bump on Instagram on Friday

She uploaded the series of four pictures, in which she wore a pair of knitted beige shorts and matching crop top to show off her growing belly, for her 1.9million followers.

Rochelle added the caption: ‘Okay so I’ve never been organised enough before in my other two pregnancies to document my bump growth but, I definitely don’t have an excuse this time… So here’s where I’ve started.

‘You might still be small but you are so very loved already little man.’

The mother-of-two, who already has daughters, Alaia-Mai, six, and Valentina, three, has barely been able to contain her excitement with her latest pregnancy. 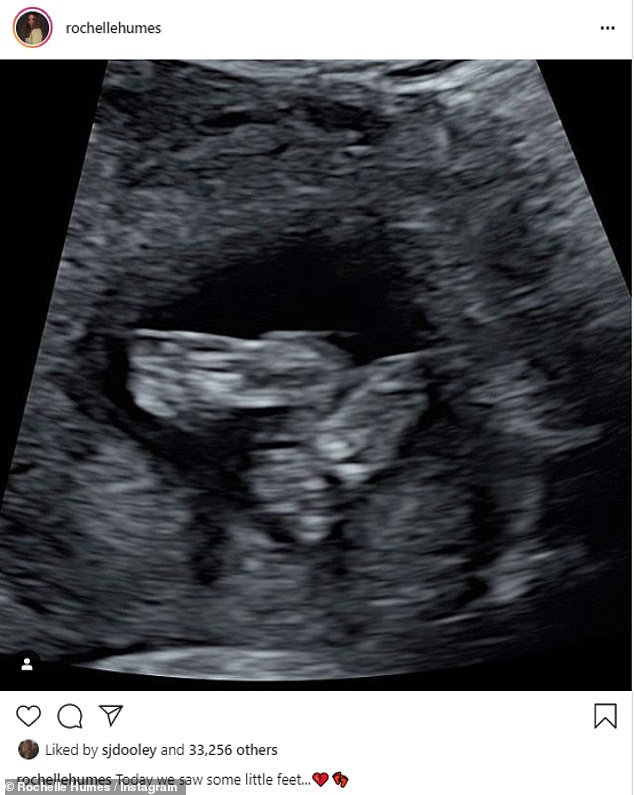 Sweet: Rochelle shared an ultrasound scan of her unborn child as she went for a hospital check-up on Wednesday

She recently uploaded a picture of an ultrasound scan where she ‘saw some little feet’.

She wrote: ‘Today we saw some little feet’.

Rochelle’s This Morning family were quick to comment on her pregnancy update.

Rochelle and her husband of eight years, Marvin Humes, have also been hosting a Stay Home With The Humes house party every Friday night in lockdown to raise money for charity. 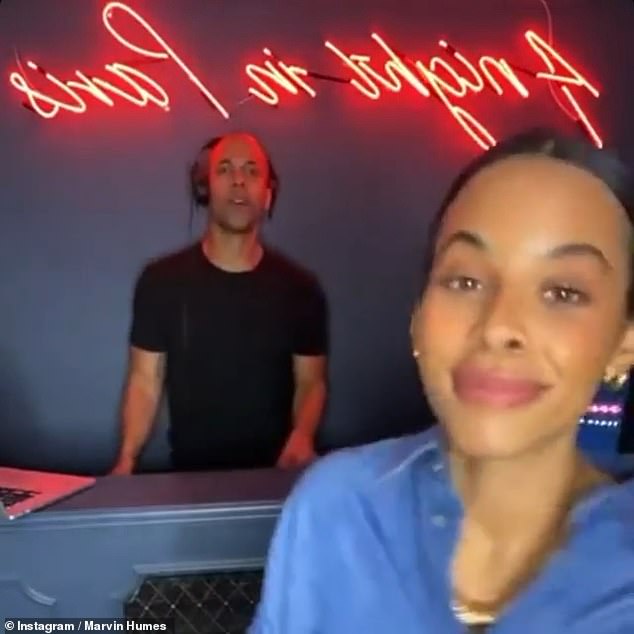 Charitable: The couple have also been hosting a Stay Home With The Humes house party every Friday night in lockdown to raise money for charity 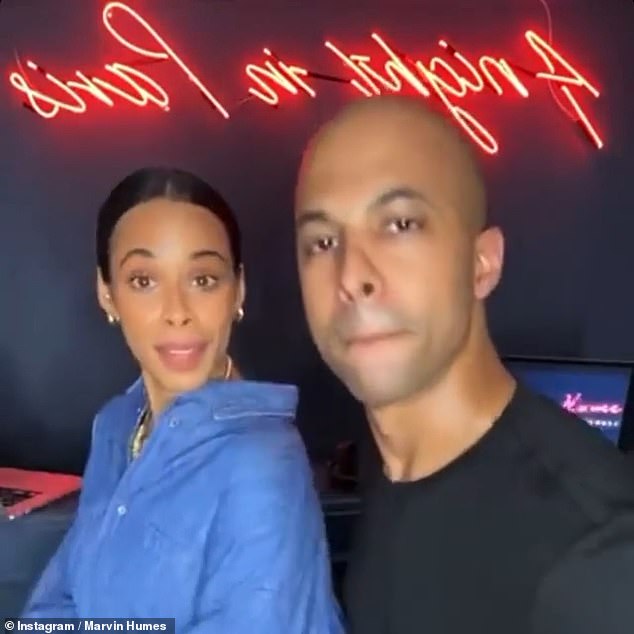 Helping others: The pair, who have been married for eight years, have so far raised a whopping £18,092 on their JustGiving page

Marvin, who used to be a member of boyband JLS and is a DJ, has been creating music sets on Friday nights for his Instagram followers which heavily feature a dancing Rochelle.

He announced the timings of tonight’s show in an Instagram video which saw him DJing while Rochelle danced in front of the camera.

The musician posted the video alongside the caption: ‘It’s that time again!!!!

‘House party tonight! 8.30pm we kick things off playing everything across the board! Then at 10pm I switch it up to strictly house vibes until 11!

‘Stick your shouts and requests on here! You ready?!!!’

The pair have so far raised a whopping £18,092 on their JustGiving page. 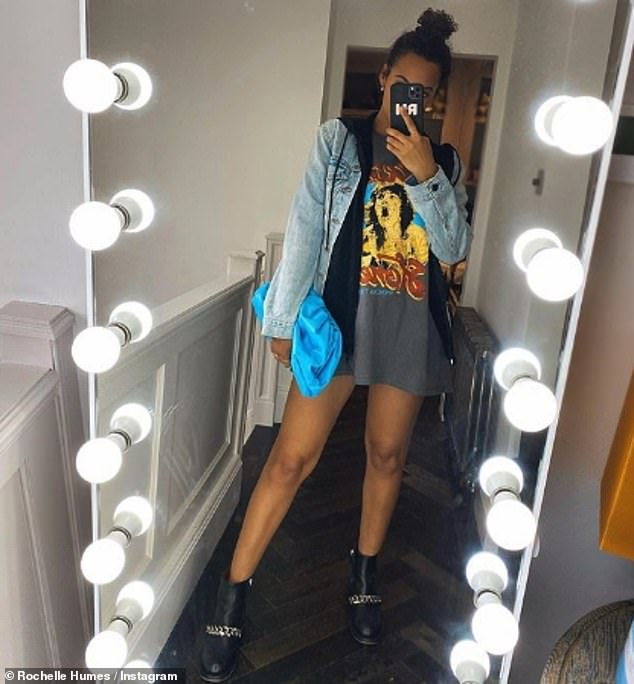 Leggy: Pregnant Rochelle Humes showcased her long legs in a grey T-shirt dress as she went for a hospital check-up on Wednesday

Rochelle cut a casual figure for her hospital appointment as she donned a grey slogan T-shirt dress which made the most of her long legs.

She wrote: ‘Off for a check up on my little boy. In another T-shirt dress, I get so hot at the minute…they have become my uniform…’.

The Saturdays singer teamed the look with a black hoodie, denim jacket and a bright blue clutch bag. 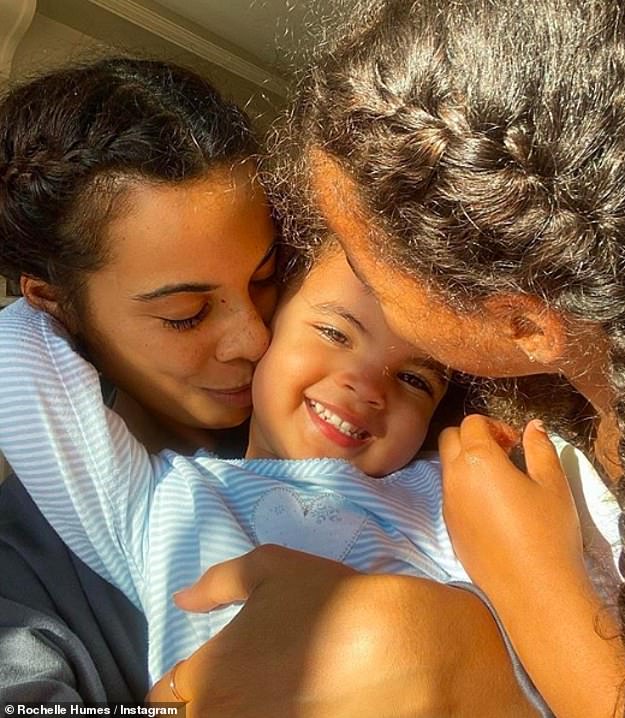 Candid: Rochelle, who is expecting a baby boy, recently shared a candid post about her struggle with morning sickness on Instagram

Rochelle recently shared a candid post about her struggle with morning sickness on Instagram at the end of last month.

The presenter admitted ‘today has by far been on the hardest’ as she posted a photograph alongside daughters Alaia-Mai, six, and Valentina, three, who were ‘as good as gold’ during her bout of nausea.

The former pop star uploaded the photograph alongside a caption that read: ‘Today has by far been one of the hardest days to get through… this “morning” (or all day) sickness really isn’t budging.

‘These little ladies must have sensed it as they have been as good as gold for me all day. Early night tonight I think…’ 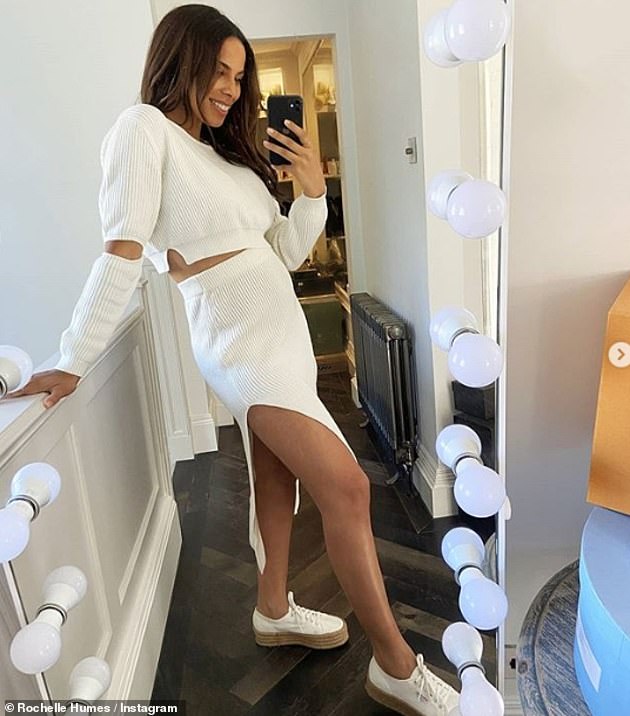 Blossoming: Rochelle and Marvin delighted both friends and fans earlier this month when they took to Instagram to reveal the happy news

Rochelle and Marvin announced they were expecting their third child together, a baby boy, on Easter Sunday.

She shared a picture of a piece of paper she had written to her daughters telling them the news.

It read: ‘Hippity, hippity hop, I have great news that I just have to drop. You and Valentina are such good sisters, now it’s time to put someone new in the mixture.

‘Now that’s all from me, the Easter bunny, the big news is that you have a baby BROTHER inside mummy’s tummy.’

Rochelle had previously said she had a strong feeling she knew the sex of the baby before her scan and said Marvin really wanted a son.

The couple have been together since meeting in their respective band days and got married at Blenheim Palace in Oxfordshire in July 2012. 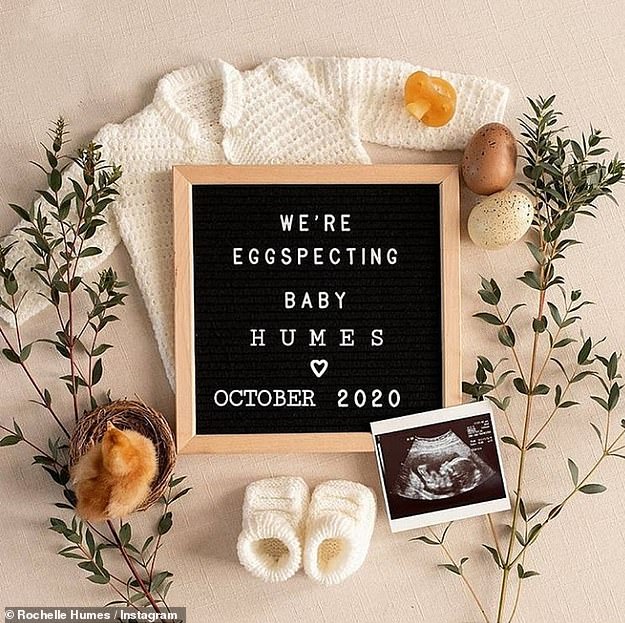