‘I have had these teeth for 10 years’: Pregnant Chrissy Teigen calls out fans who say they ‘don’t recognise her’ after she shares ‘smooth-faced’ photo

Pregnant Chrissy Teigen has called out fans who wrote on her Instagram that they ‘don’t recognise’ her after she posted a smooth-faced photo.

The model, 36, posted a snap of herself with son Miles and one fan wrote: ‘Don’t even recognise her.’

And Chrissy replied: ‘I’ve had these teeth for like 10 years,’ 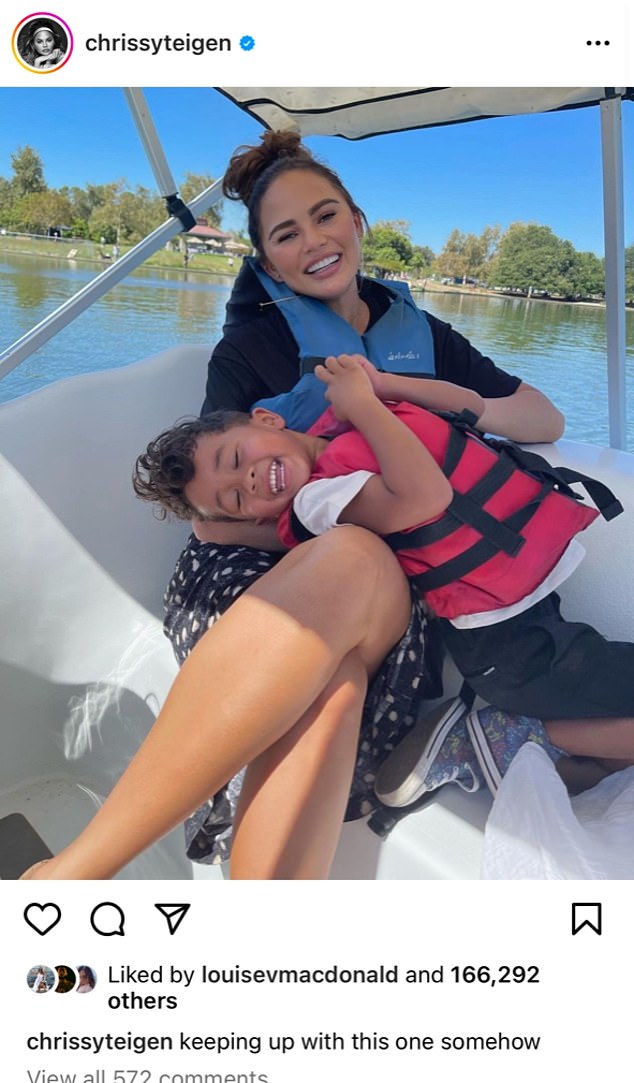 ‘I have had these teeth for 10 years’: Pregnant Chrissy Teigen called out fans who said they ‘don’t recognise her’ after she shared a ‘smooth-faced’ photo on Instagram on Sunday 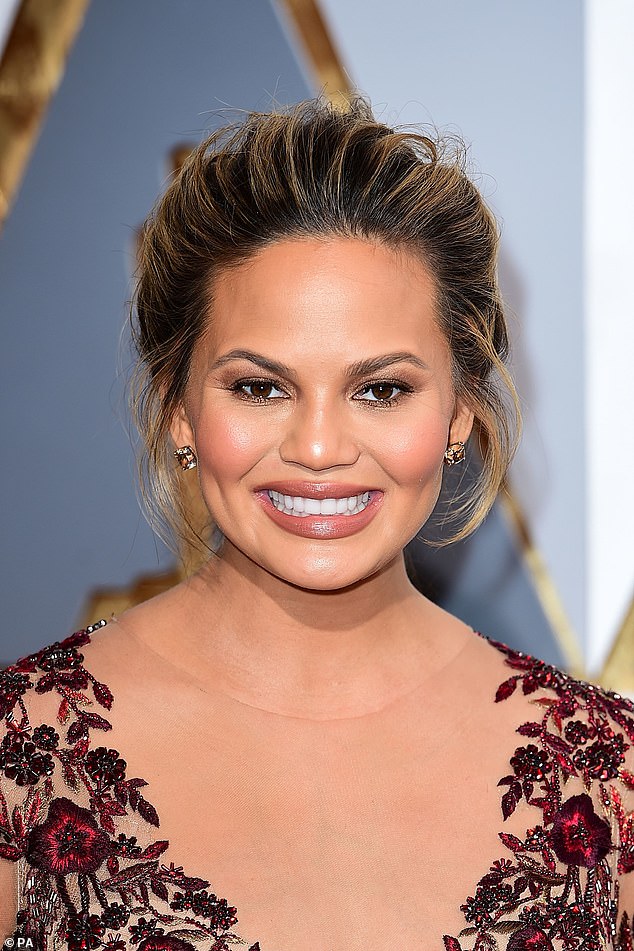 Opinions: Chrissy pictured in February 2016 looked quite different to the new photo

Another fan then wrote: ‘You’re beautiful, why do you keep changing your face? I don’t recognise you in this pic.’

The post was pinned and Chrissy wrote: ‘You guys are somethin.’ [sic].

Lots of other fans wrote in the comments about how beautiful Chrissy was looking, wearing minimal make-up and wearing a big smile on her face.

And one other fan wrote: ‘Something is sooo different about her. Still beautiful but so different,’ 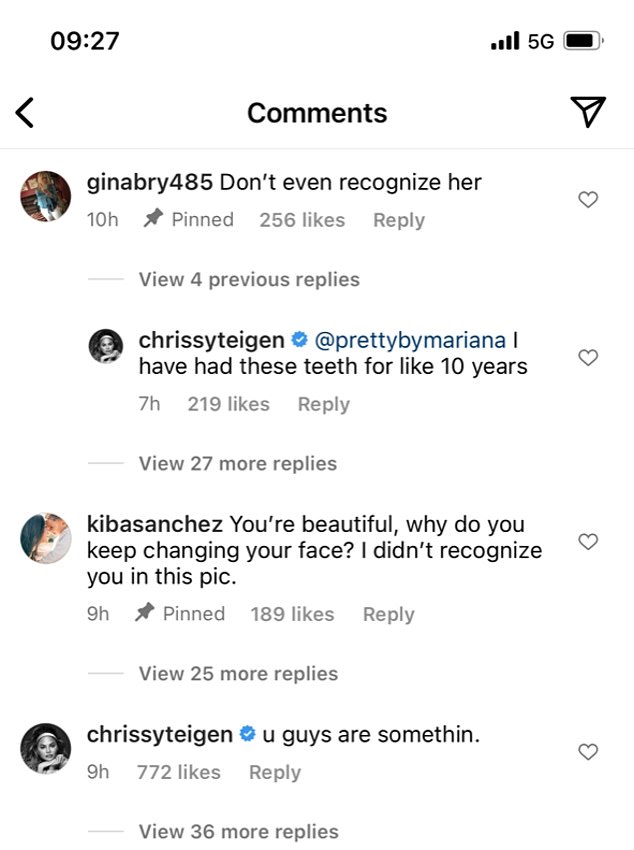 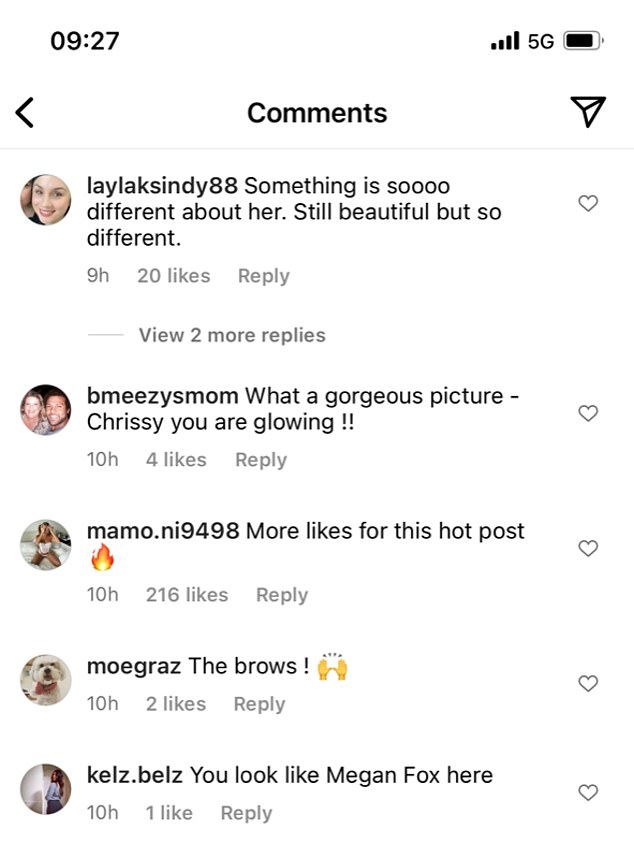 Something to say: The comments section was alight with messages from fans and Chrissy was replying to some of those who were questioning her appearance

The cookbook author and singer John Legend is currently preparing to welcome a child into her family, and she announced her pregnancy with a post that was shared to her Instagram account four days ago.

Chrissy and John initially met while working on the set of a music video in 2006.

The pair dated for several years before the singer popped the big question in 2011. The two went on to hold a wedding ceremony that took place in Italy two years later.

They are parents to Luna, six and Miles, four. 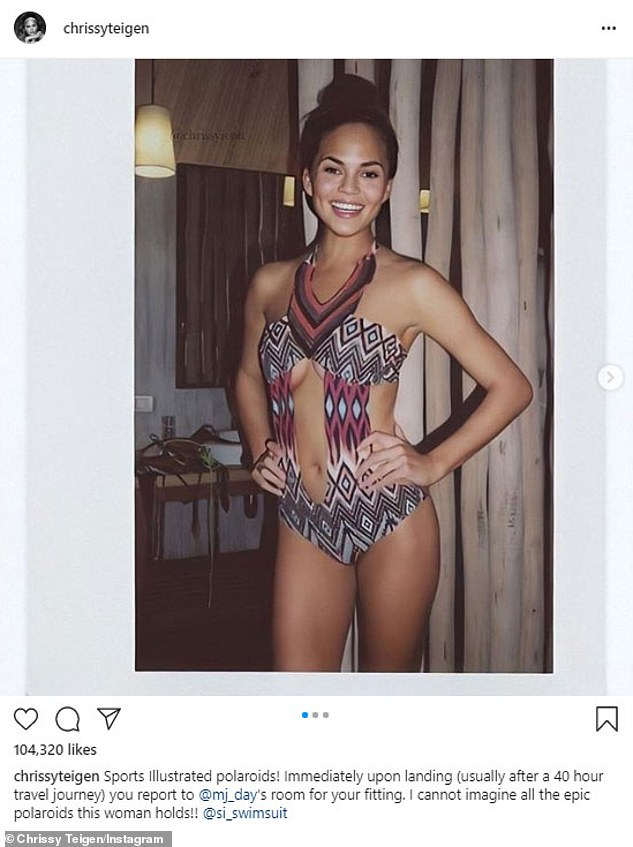 A step back in time: Chrissy previously shared several old Polaroid photos of herself modeling swimwear for Sports Illustrated fittings from when she first started out

The happy couple went on to expand their family after they brought Miles into their lives two years later.

The social media personality later announced that she had become pregnant for third time in August of 2020.

However, she later revealed that she had tragically lost her baby, named Jack, the following month.

Chrissy bravely shared a photo of herself mourning the loss of her child while spending time in hospital. 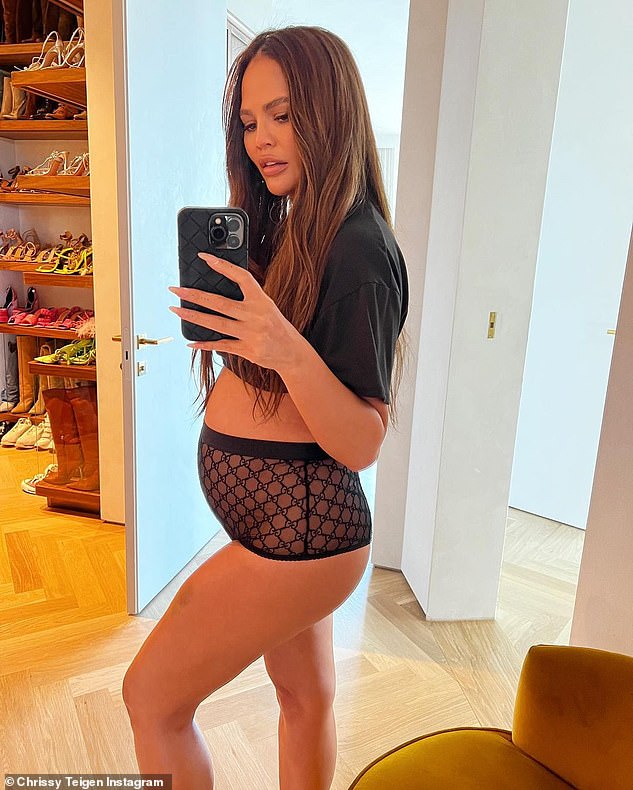 Happy news: She announced she is expecting a baby four days ago with this sweet snap