The 47-year-old wife of talk show host Ellen DeGeneres, 62, was seen hiking with her mother Margaret Rogers and her dogs Sunday in Santa Barbara, California, prior to updating people on her wife.

The Scandal star donned a light brown straw hat with a navy blue shirt, blue cargo pants, black sunglasses and a scarf to cover her face. 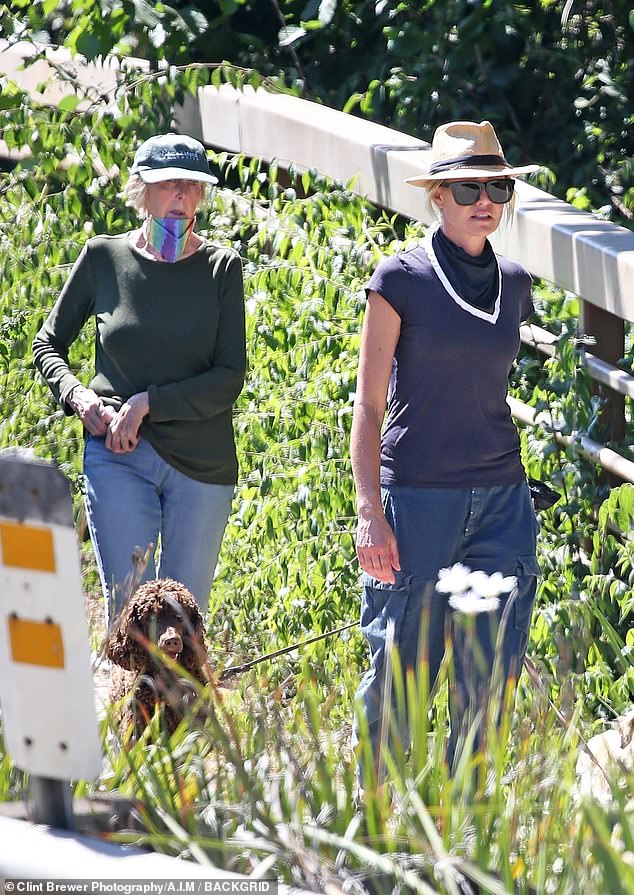 The latest: Portia de Rossi, 47, who’s the wife of talk show host Ellen DeGeneres, 62, was seen hiking with her mother Margaret and her dogs Sunday in Santa Barbara, California

She later told Page Six that DeGeneres will keep doing her show, and is holding up amid accusations her show’s work culture is rife with bullying, racism and sexual harassment, in addition to previous allegations about Ellen’s conduct toward people who are not rich and famous.

When the Australia-born beauty was asked by the outlet if DeGeneres would go on with her talk show, de Rossi said, ‘Yes, she is.’

Ellen’s wife of 12 years previously spoke in her defense via social media last month, posting a graphic on Instagram saying, ‘I stand by Ellen’ amid a litany of stories detailing bad behavior behind-the-scenes of her show.

‘To all our fans….we see you. Thank you for your support,’ said Portia, adding the hashtags, #stopbotattacks, #IStandWithEllenDeGeneres and #IStandByEllen. 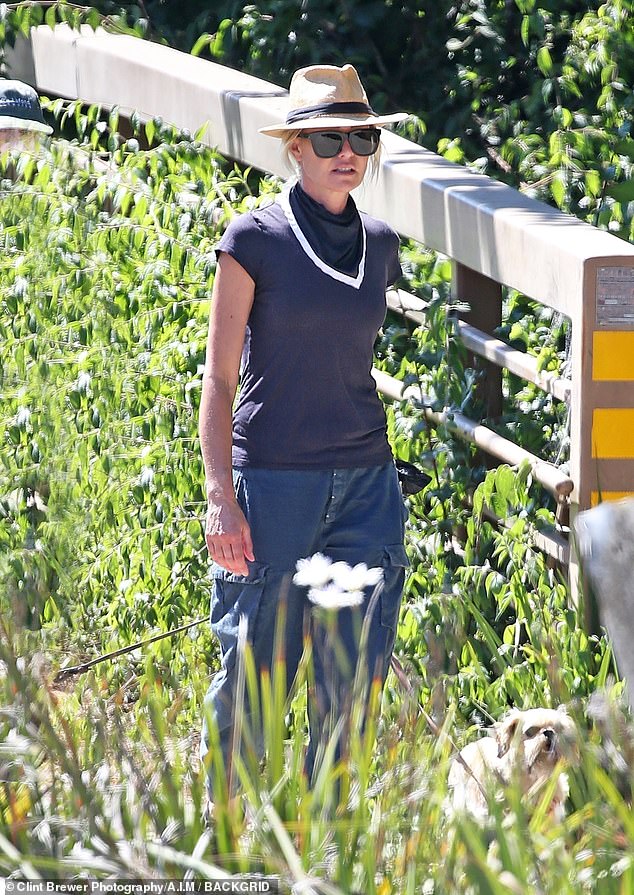 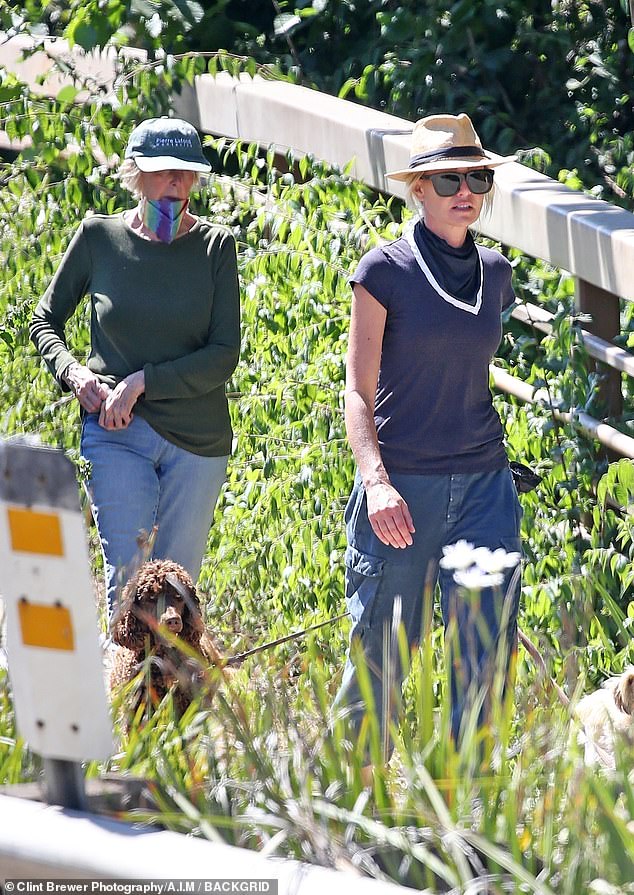 In defense: She later told Page Six that DeGeneres will keep doing her show, and is holding up amid accusations her show’s work culture is rife with bullying, racism and sexual harassment

Insiders told the New York Post last month that there was speculation inside her camp that Ellen’s career problems might stem from an incident last fall in which she was seen seen with former President George W. Bush watching a Dallas Cowboys home game.

Her character also came under fire in late March after a series of tweets from comic Kevin T. Porter (linked to a charity drive for the Los Angeles Food Bank), who requested his followers post ‘insane’ tales of ‘Ellen being mean,’ which blew up on social media with ample feedback.

Amid the controversy, WarnerMedia began a probe into the show, while DeGeneres told staffers she was sorry about what was going on, in a memo addressing the ongoing controversy. 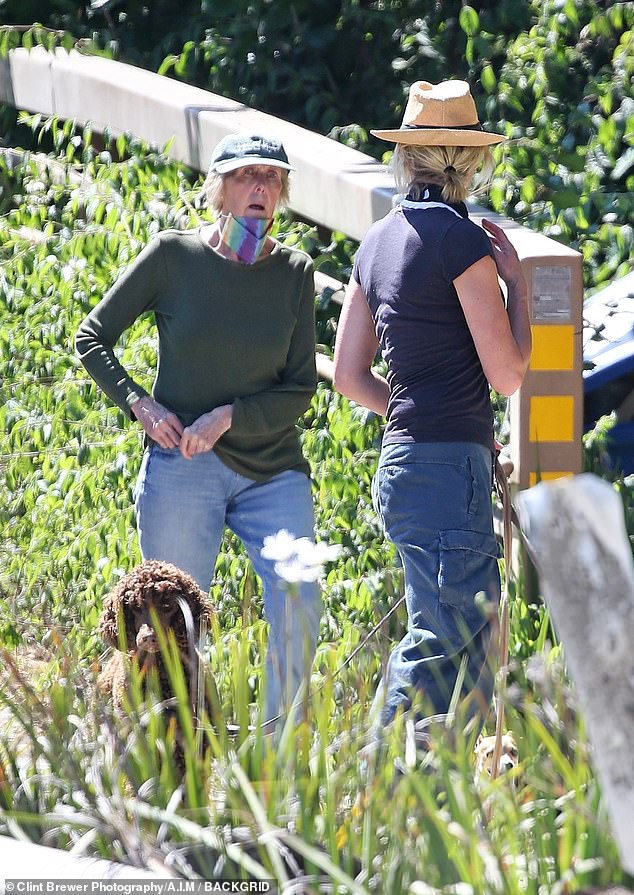 Shooting the breeze: Portia and her mom chat on the sunny day in the natural settings 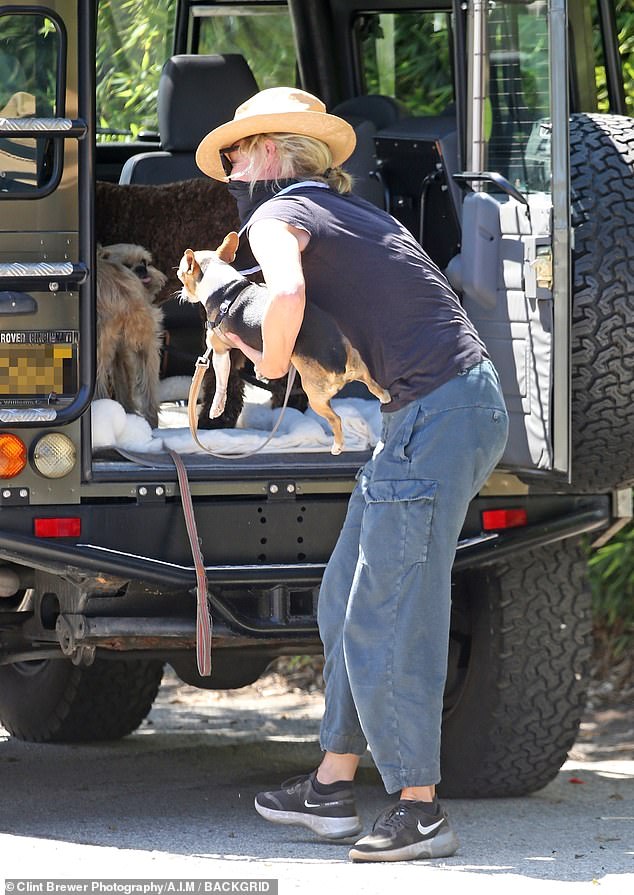 Attentive: Portia huddled her dogs into the back of her vehicle 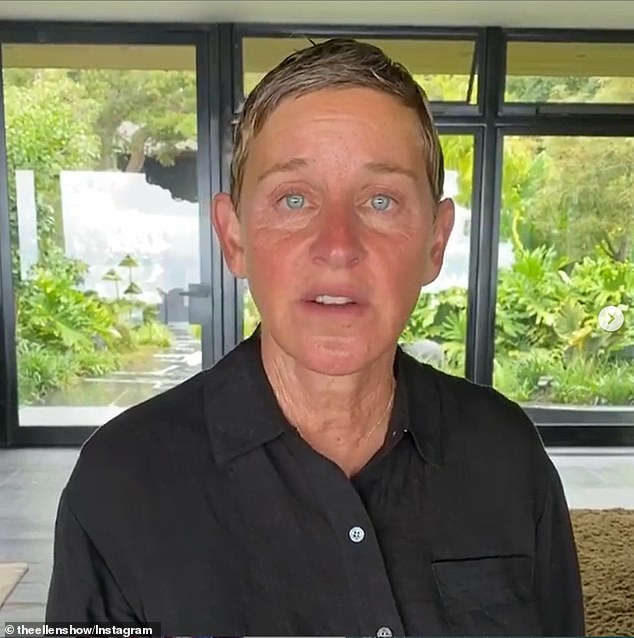 Shocking: Ellen DeGeneres, 62, continues to be hit by claims of a toxic work environment (pictured in June)