A TV reporter’s blunt remark that the Queen will ‘inevitably’ die soon during a segment on her Platinum Jubilee left Today show host Allison Langdon horrified.

Four days of parties and parades in the United Kingdom began on Thursday to celebrate the monarch and her 70-year reign.

But Channel Nine sportscaster Tony Jones decided the historic milestone was the perfect time to comment that the Queen ‘won’t be on the throne forever’. 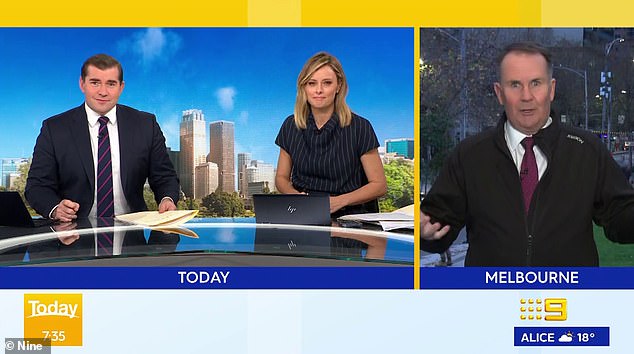 ‘I love the Royal Family. I think they’re terrific. Long may she reign. At 96, obviously the inevitable is coming,’ Jones, 60, said.

Jones continued: ‘I’m not being rude by that, but I think it’s inevitable at 96 that she’s not going to be on the throne forever.’

He made the observation in response to Langdon asking whether it was time for Australia to ‘ditch’ the monarchy and become a republic.

Jones said he was an ‘unashamed monarchist’ and praised the Queen for inspiring pro-Royal sentiment in Australia despite the efforts of republican lobbyists.

‘I know she had Prince Philip there as her rock, but her children didn’t do a whole lot in terms of warmth and wanting us to remain a monarchy,’ he said.

‘But the grandchildren and the great-grandchildren have just reinvigorated the whole Royal Family, and I think they’re great.’

Jones’ comments come after Prime Minister Anthony Albanese appointed Sydney MP Matt Thistlethwaite as ‘assistant minister for the republic’ in the hope of building support to ditch the monarchy if he wins government again in 2025.

Mr Thistlethwaite said during a series of interviews on Thursday that the death of the Queen would signal an appropriate time to move towards a republic.

‘Do we want King Charles or are we mature enough or independent enough to look to appoint one of our own as our head of state,’ he told Sky News.

In a further interview with ABC radio, Mr Thistlethwaite said: ‘As the Queen comes to the twilight of her reign, we should pay respect for her for the wonderful job she’s done, but I think Australians are beginning to think about what comes next for our nation.’

‘It’s time we start the serious conversation once again…and looking to have one of our own as our head of state, to recognise that independence and maturity going forward.’ 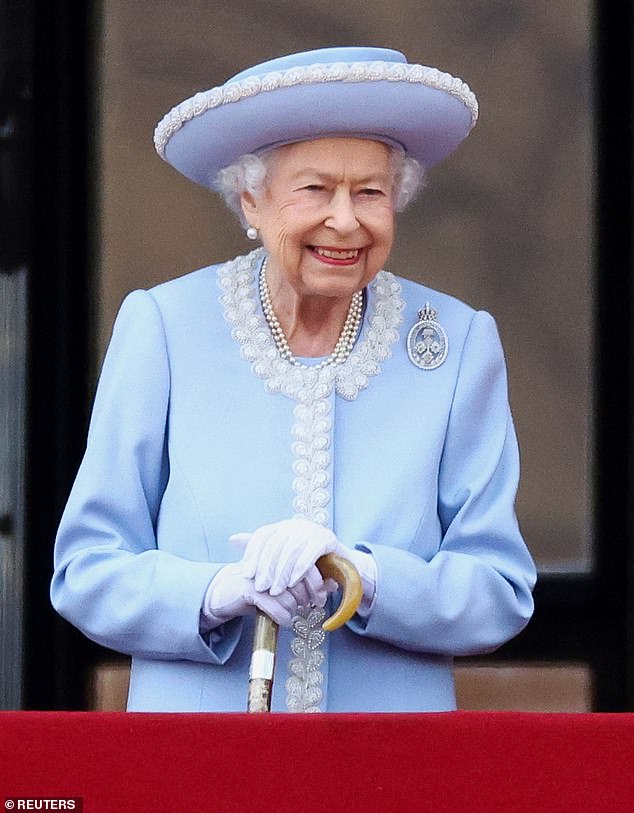 Australia’s Queen: Four days of parties and parades in the United Kingdom have begun to celebrate the Queen’s Platinum Jubilee and her 70-year reign on the British throne 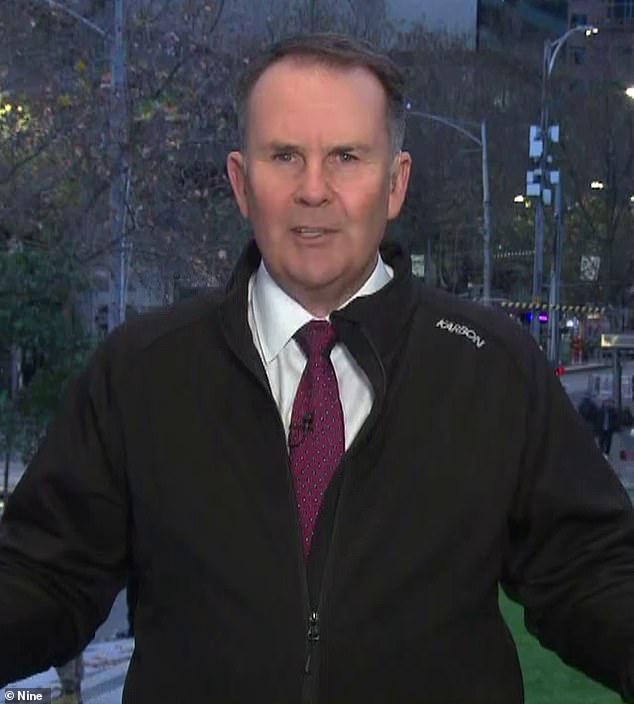 Mr Albanese was criticised for making the appointment just before the Queen’s Jubilee –  a special extended four-day bank holiday weekend of pomp, pageantry and star-studded festivities.

Jack Barton, from the University of Queensland Monarchists League called it a slap in the face to those Down Under loyal to Queen Elizabeth.

‘I think it’s absolutely ridiculous, it’s come at the worst possible time with an utter show of disrespect to the Queen and the Crown.

SHOULD AUSTRALIA DITCH THE QUEEN?

SHOULD AUSTRALIA DITCH THE QUEEN?

‘Labor has a disregard for any of the people in Australia who want to celebrate the Queen’s Jubilee.’

Mr Albanese will rename an island in the Queen’s honour to celebrate her platinum jubilee despite his republican views.

Mr Albanese said he would be honoured to rename Aspen Island in a ceremony on Saturday.

‘Australia will honour and pay tribute to the remarkable dedication and service of Her Majesty The Queen over the course of the Platinum Jubilee official celebrations.

‘I look forward to officially renaming Aspen Island to Queen Elizabeth II Island later this week as a mark of Australia’s appreciation and respect for Her Majesty.’

The ceremony to open the island will include a 21-gun salute, and a Royal Australian Air Force flypast. 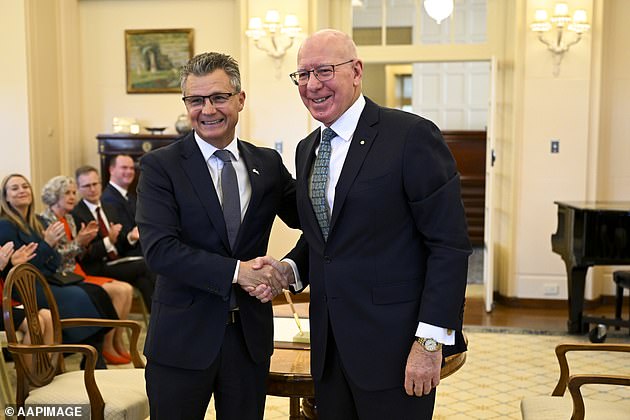 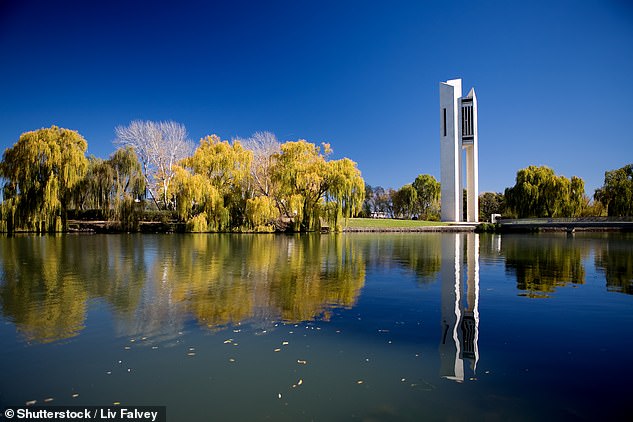 The Governor-General and his wife are in London representing Australians at the jubilee celebrations.

A contingent from Australia’s Federation Guard is also in London to participate in the Platinum Jubilee Pageant on Sunday.

The monarch, who has been suffering with mobility issues, is said to have experienced ‘discomfort’ during Thursday’s events.

However, the head of state will still make an appearance at Friday night’s lighting of the beacons event at Windsor Castle.

The Palace said: ‘The Queen greatly enjoyed today’s Birthday Parade and Flypast but did experience some discomfort.’

In a full statement, a spokesperson added: ‘Taking into account the journey and activity required [to] participate in tomorrow’s National Service of Thanksgiving at St Paul’s Cathedral, Her Majesty with great reluctance has concluded that she will not attend.

‘The Queen is looking forward to participating in tonight’s Beacon lighting event at Windsor Castle and would like to thank all those who made today such a memorable occasion.’ 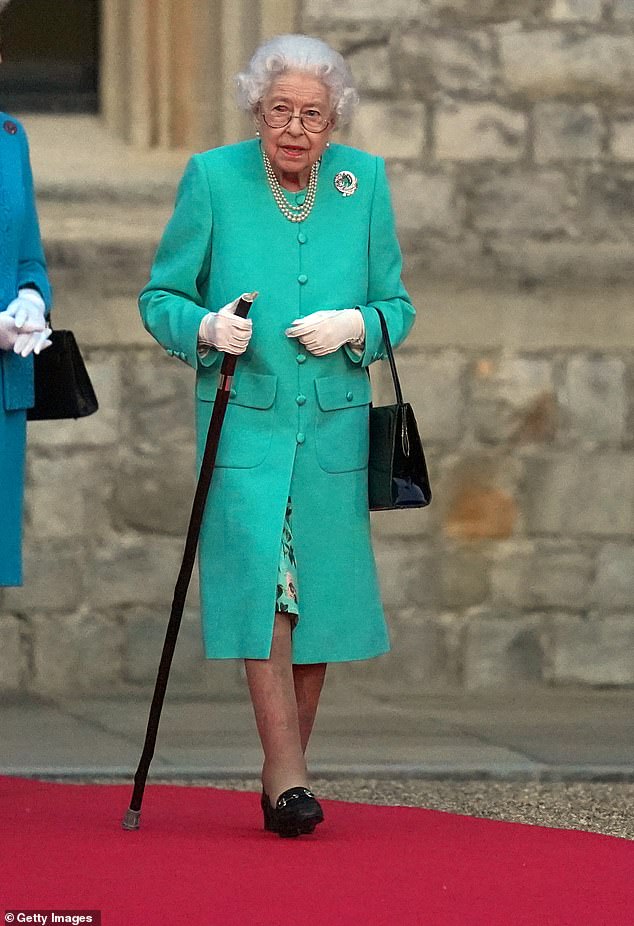 Appearance: The Queen will make an appearance at Friday night’s lighting of the beacons event at Windsor Castle after pulling out of the Platinum Jubilee thanksgiving service at St Paul’s Cathedral. (Pictured on June 2)