“We make it work,” Hermann, 53, said on the Thursday, May 6, episode of E! News’ Daily Pop after the trio was jokingly called one the most “progressive marriages in Hollywood.”

Both Hermann and Meloni, 60, have Law & Order: Special Victims Unit to thank for their relationships with Hargitay, 57. The Younger star met his wife in November 2001 when he had a guest appearance on the NBC series, which aired in 2002. The pair tied the knot in August 2004. 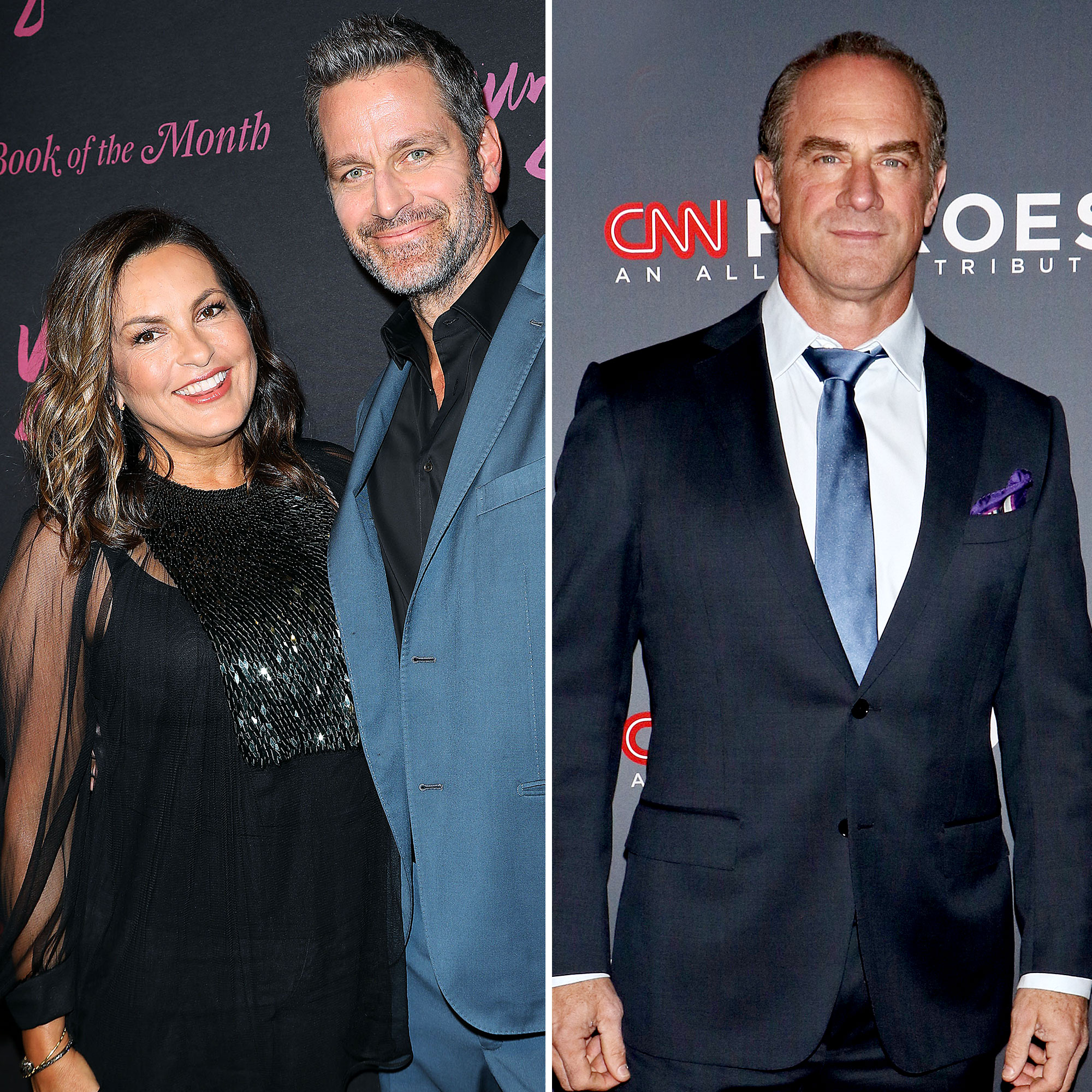 Meloni, for his part, played Detective Elliot Stabler for 12 seasons alongside Hargitay’s Detective Olivia Benson. The two have maintained a close friendship outside of the show, which Hermann is happily a part of.

“Sometimes Chris and I have some things to negotiate, but we’ve gotten really good at communicating with each other,” the Beautiful People alum said. “There’s a lot of give and take. In the end, all three of us are really happy.”

Celebrities Who Found Best Friends in Their Costars

The Blue Bloods actor added: “I think there is much to be said about progressive marriages.” After seeing a photo of his wife and her TV partner reunited, Hermann jokingly said, “I took that picture on a date we were all on. We make it work.”

Hermann and Hargitay share three children. They welcomed son August, now 14, in June 2006. Five years later, they adopted daughter Amaya, 10, and son Andrew, 9, within two months of each other.

The couple are notably private about their relationship, but in November 2020, Hermann gushed about his leading lady as she entered her 22nd season of SVU.

“You’re the enduring backbone, determined heart and bright, shining spirit who makes it all possible. I love you, I’m so proud of you …. and your smile just slays me. #SVU,” he wrote via Twitter at the time.

Meloni is equally as proud of his longtime friend, who he recently reunited with onscreen for the first time in 10 years in April.

BFFs! Mariska Hargitay and Chris Meloni’s Sweetest Quotes About Each Other

“[SVU] gave birth to Mariska and Meloni, and Benson and Stabler. We’re kind of inextricably linked and connected in that way. Beyond that, we’re very good friends. I think we value each other,” the Happy! alum told Entertainment Tonight in July 2020 before his SVU return. “We’ve said it’s like we don’t have this relationship with anyone else. It’s unique, it’s full of laughter, she’s full of love.”

In addition to making a cameo on SVU in April, the Washington D.C. native reprised his role as Elliot Stabler on the spinoff series Law & Order: Organized Crime the same month. Hargitay has already appeared on the new series as a guest star.