Perrie Edwards has said she is ‘having the time of her life’ with her boyfriend Alex Oxlade Chamberlain in isolation.

The Little Mix singer, 26, said while many others are going stir-crazy in lockdown, she’s ‘really enjoying’ it, in an interview with KIIS FM’s Kyle & Jackie O Show on Wednesday.

It comes as her ex-fiancé Zayn Malik, 27, is reportedly set to become a dad for the first time after reuniting with Gigi Hadid, 25. 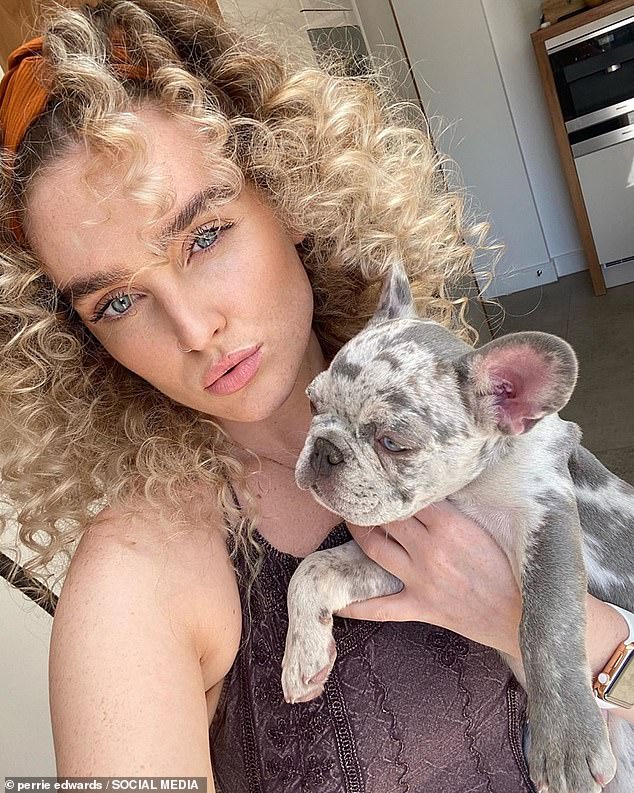 Making the most of it: Perrie Edwards has said she is ‘having the time of her life’ with her boyfriend Alex Oxlade Chamberlain in isolation

Speaking of her time in lockdown, Perrie said: ‘I feel like I’m really enjoying this, I can’t lie. I’m having the time of my life!’

‘Like, I’ve never had just so much time on my hands to do stuff that I’ve always wanted to do, so it has been nice.’

But Perrie confessed the days were all starting to blend together, with the Shout Out to My Ex singer revealing she has no concept of time anymore. 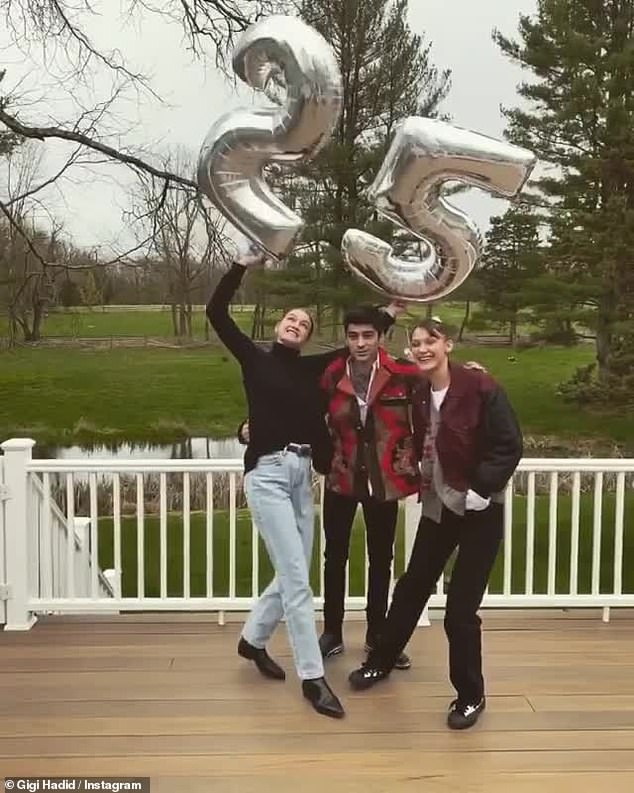 Oh baby! It comes as Perrie’s ex-fiancé Zayn Malik is reportedly expecting his first child with Gigi Hadid, who is said to be five months pregnant

The interview comes as Zayn’s girlfriend is understood to be five months pregnant with their first child, according to TMZ.

The Vogue cover girl, who has been on-off with Zayn since 2015, showed a hint of baby bump as she posed with the Dusk Till Dawn hitmaker this week during her 25th birthday while in self-isolation with her family at their farm in Pennsylvania.

The couple got together after Perrie and Zayn’s relationship came to bitter end.

The Perrie and Zayn love story goes back to December 2011 when sparks first flew on the set of the eighth series of The X Factor. 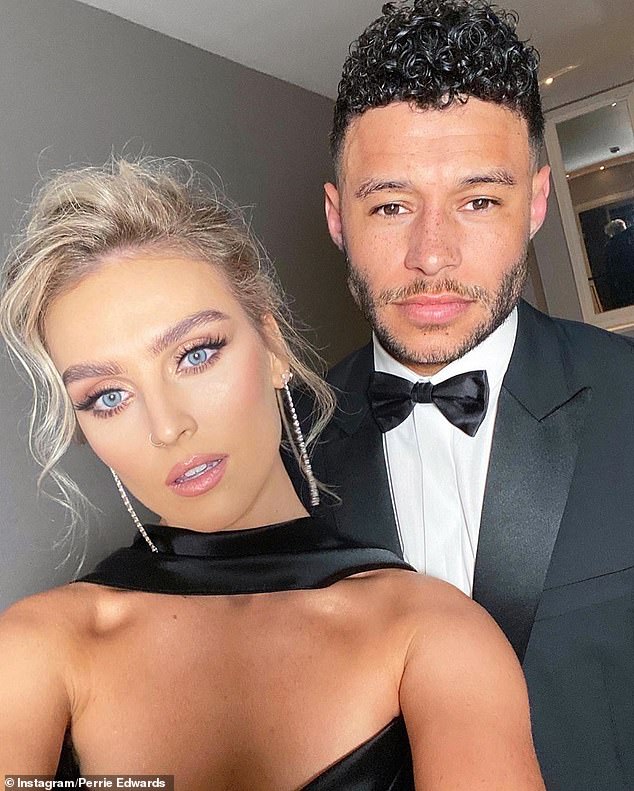 Loved-up: Perrie has been with boyfriend Alex for more than three years following her split from Zayn

They announced they were an item in May 2012 and got engaged in August 2013 but in July 2015 their romance came to a dramatic end.

In Little Mix’s book, Our World, Perrie wrote: ‘It was horrible, the worst time in my life. A four-year relationship, two-year engagement ended by a simple text message. Just like that.

‘After I split with my partner, out of the blue, I had nowhere to go, which was incredibly stressful. For a while I had no idea what to do.’ 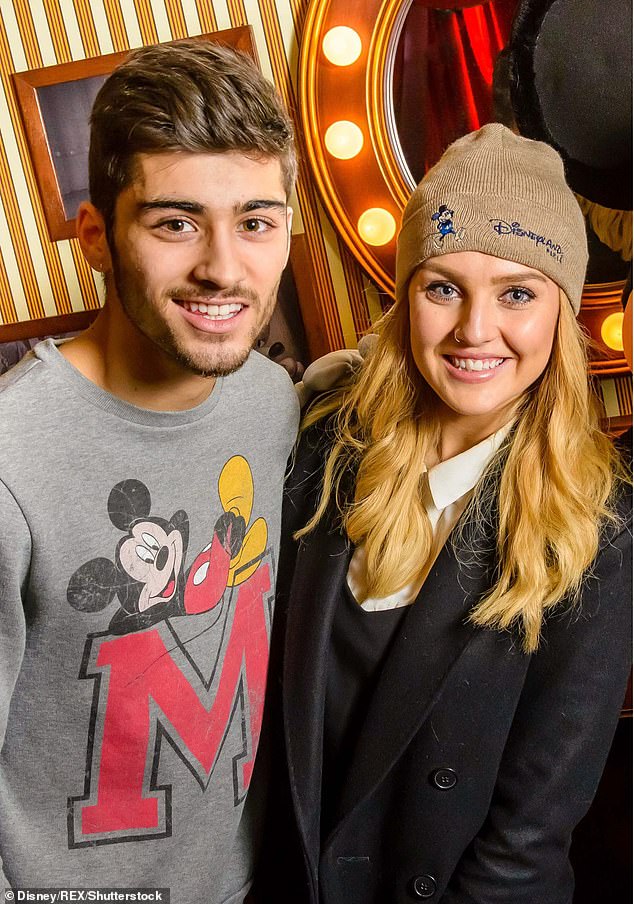 Exes: The Perrie and Zayn love story goes back to December 2011 when sparks first flew on the set of the eighth series of The X Factor. They split in July 2015 (pictured in 2014)

Following her split from Zayn, Perrie was said to be devastated at the sale of their £4.2million love nest which they put on the market three months after purchase.

During the interview, Perrie also said it’s been ‘weird’ not being with her bandmates, revealing the group had been going almost nonstop for nine years, with only a few weeks off at Christmas.

But she said they’ve all been in contact, and they’re ‘enjoying the time off, because we’ve never had this before’. 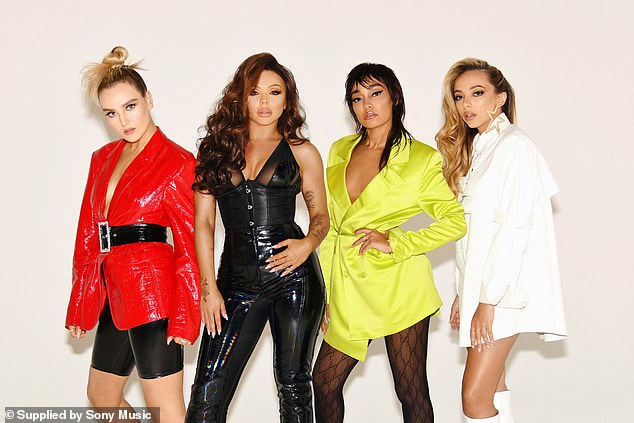 Break: Perrie said it’s been ‘weird’ not being the girls, revealing the group had been going almost nonstop for nine years, Pictured, (L-R) Perrie, Jesy, Leigh-Anne and Jade

The break has also given Perrie a moment to rediscover her passion for singing, after confessing it had started to feel like a ‘chore’.

‘I’ve actually found my love for singing again, which is nice. Because it normally feels like a bit of a chore. I know that sounds horrible to say, but it does,’ she confessed.

‘So having this bit of time, it’s just nice to belt something out, like, in the kitchen, something that I just want to sing. It’s been good.’ 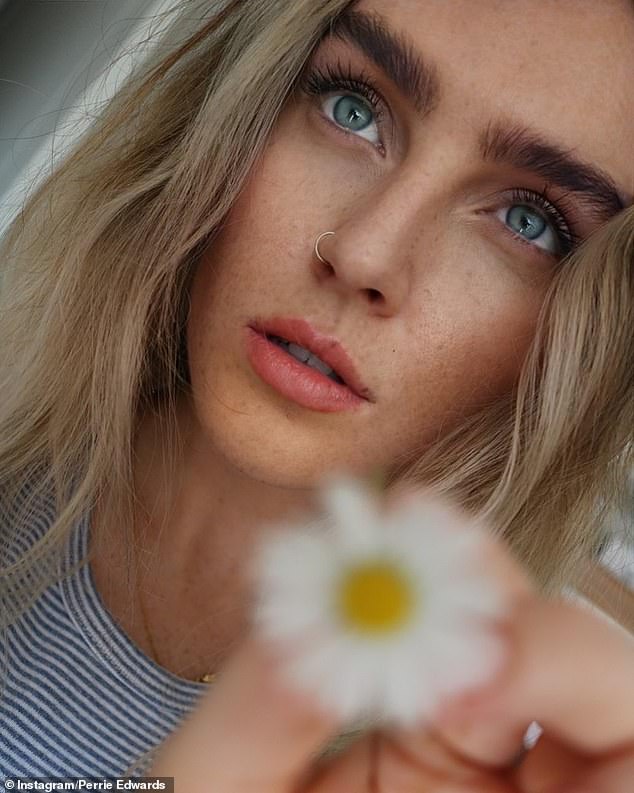 Back to basics: The break has also given Perrie a moment to rediscover her passion for singing, after confessing it had started to feel like a ‘chore’