Perfect Strangers actor Bronson Pinchot, 61, shed 60 POUNDS on a strict vegan diet and NO exercise… and now fits into the clothing he wore in his 20s

Perfect Strangers star Bronson Pinchot can now fit into clothing he wore in his twenties after shedding 60 pounds during quarantine.

The actor, 61, revealed his weight loss success to Page Six, admitting he was motivated to drop the pounds after seeing a snap of himself appearing in the 2017 competition series, Battle Of The Network Stars.

Pinchot was not happy with what he saw in the photograph. 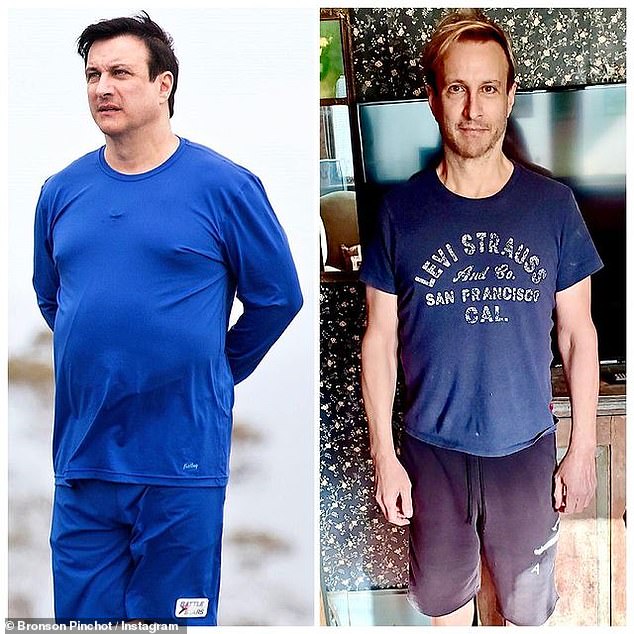 ‘There was a fat old guy’: Perfect Strangers star Bronson Pinchot can now fit into clothing he wore in his twenties after shedding 60 pounds during quarantine

‘There was a fat old guy,’ he told the website.

Pinchot cleaned out his pantry and fridge of all junk food, and now eats a vegan diet and does not exercise.

Initially the actor struggled with his new lifestyle, and had trouble falling asleep due to his hunger.

However, it all ended up paying off, and the results speak for themselves. 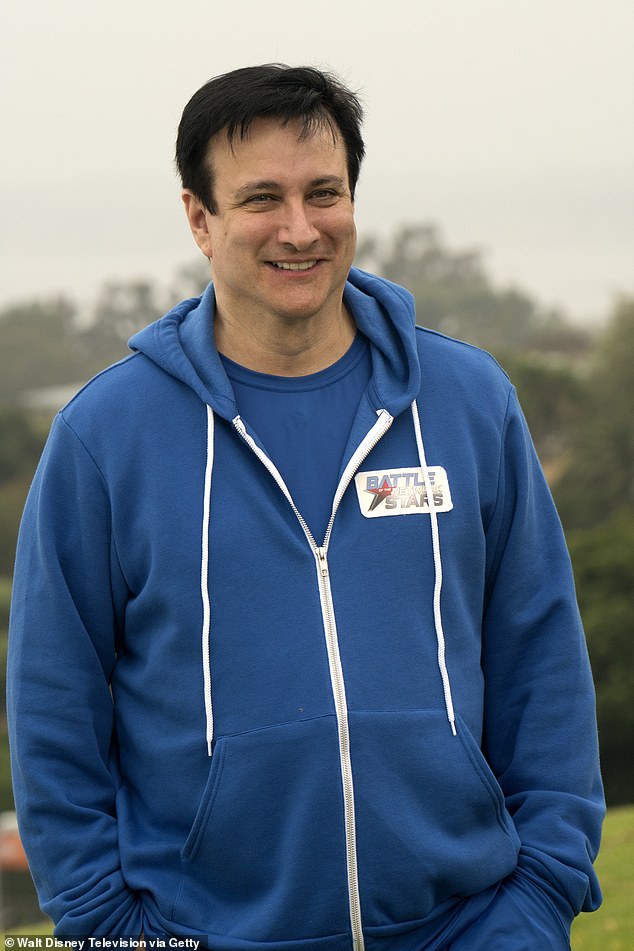 Not happy: Bronson was not pleased by what he saw during his 2017 appearance on Battle Of The Network Stars

Not only that but he was able to fit into the clothing he wore starring on Perfect Strangers nearly 30 years ago.

‘I just took off my clothes and put them on and they fit,’ he told the site. ‘”I’m pretty sure I’m the only 61-year-old within a 10-mile radius that’s getting into his clothes from when he was a 26-year-old doing two aerobics classes a day.” And that feels pretty good. That feels pretty good.’

Pinchot was proud to show off the results on his Instagram account, where he posted a jaw-dropping before-and-after photo showcasing his weight loss. 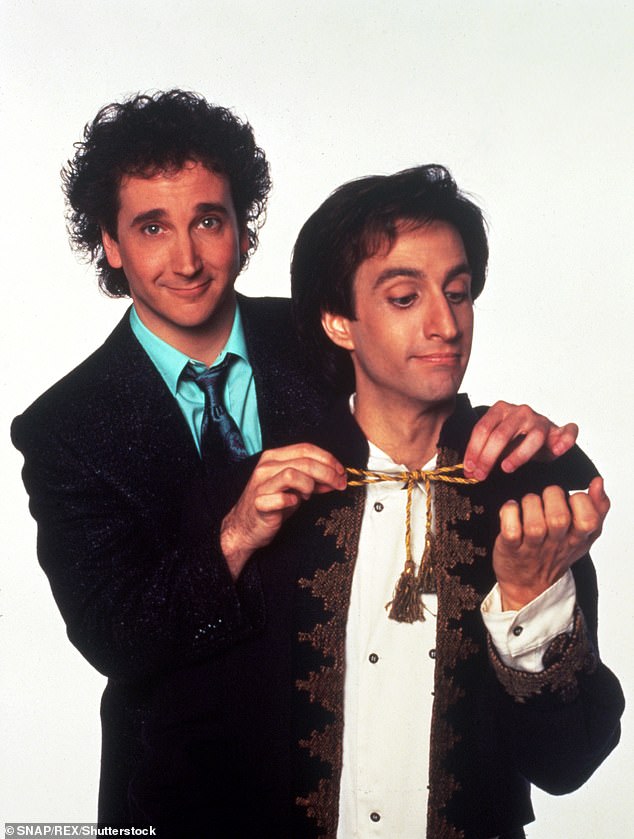 The before photo showed Pinchot on Battle Of The Network Stars, and the after featured a slimmer Pinchot displaying his toned arms.

‘Me. Before self-designed healthy plant-based eating program & 20 seconds ago,’ he captioned the snap.

From 1986 to 1993, Pinchot played Balki Bartokomous on the hit series Perfect Strangers.

Subsequent roles included parts in The Young And Restless, Ray Donovan, and more recently, the Chilling Adventures Of Sabrina. 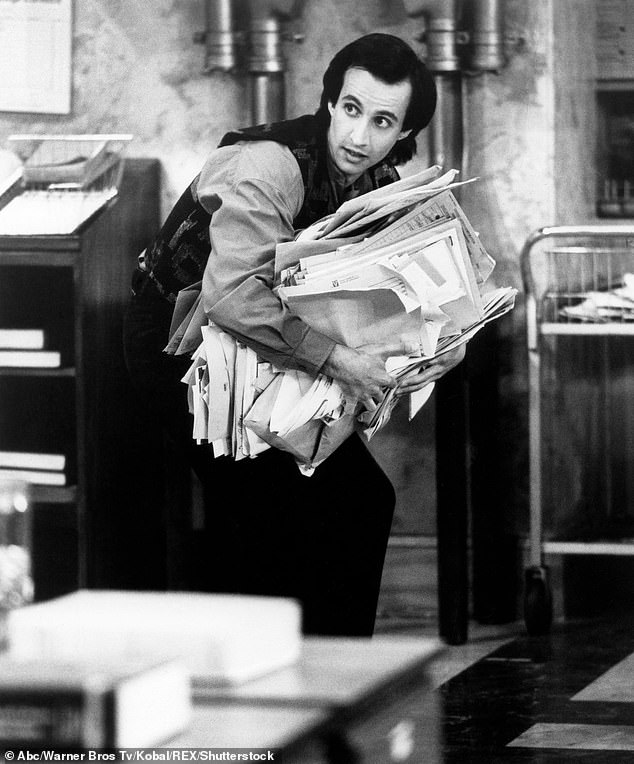 Special delivery: Pinchot starred on Perfect Strangers from 1986 to 1993