Paris Hilton is showing some love for Britney Spears. While performing a DJ set at the grand opening of Resorts World Las Vegas, the socialite sent a supportive shout-out to her pal.

Many fans shared videos of the moment, and others who hadn’t been in the crowd took to Twitter to thank Paris for her support of Britney. Paris liked many of the tweets of gratitude.

In addition to Paris’ message of support, the DJ appeared to share a nonverbal nod to her friend, as she sported an outfit that was strikingly similar to Britney’s costume for her 2003 “Toxic” music video.

Paris liked one tweet that called her outfit “Britney cosplay,” and another that noted that she was “wearing an outfit highly evocative of @britneyspears’ ‘Toxic’ outfit which I have to assume is a show of solidarity.” 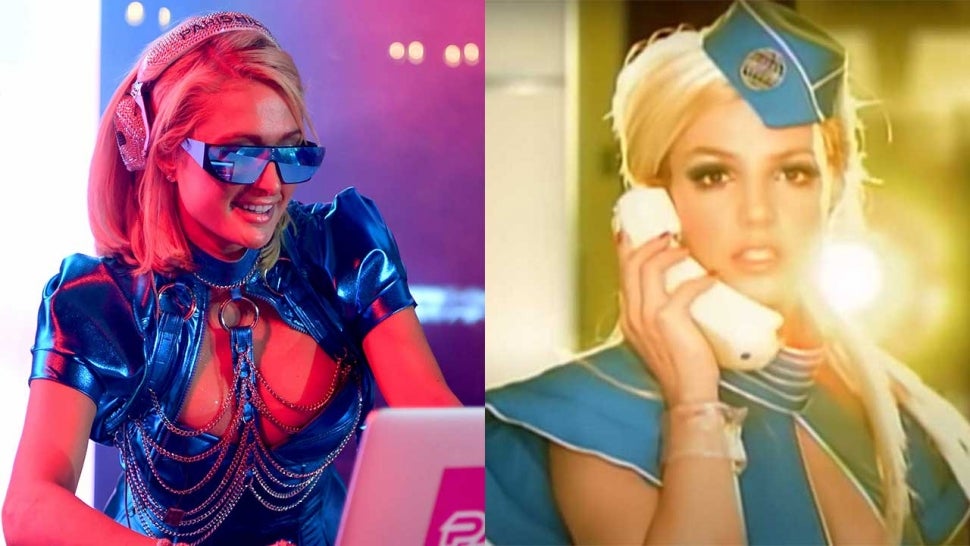 In Britney’s statement to the court earlier this week, she referenced Paris’ claims that she was verbally and physically abused at the Provo Canyon School when she was 17 years old.

“The Paris Hilton story on what they did to her at that school, I didn’t believe any of it,” Britney said. “I’m sorry… I’m an outsider and I’ll just be honest, I didn’t believe it. And maybe I’m wrong, and that’s why I didn’t want to say any of this to anybody, to the public because people would make fun of me, or laugh at me and say, ‘She’s lying, she’s got everything, she’s Britney Spears.’ I’m not lying.”

Following Britney’s statement, Paris’ sister and mom, Nicky and Kathy Hilton, were fully supportive of the pop star during an appearance on Watch What Happens Live With Andy Cohen.

“You should know we believe her,” Nicky said. “Free Britney!”

ET has reached out to Paris for comment. While the DJ has yet to respond to Britney’s statement specifically, she did like tweets that appeared to be in support of her friend.

“Shut the F up all these people pinning the Britney Spears against Paris Hilton!!” one of Paris’ liked tweets read. Another post noted, “If you think Britney was shading Paris Hilton or Miley Cyrus in her court speech then you really didn’t really listen to her speak and it’s clear what your intentions are.”

Prior to Britney speaking out in court, Paris expressed her support for the pop star in an exclusive interview with ET. Check it out in the video below.