EXCLUSIVE: ‘It’s ironic how he’s playing a father in his new movie and he’s NEVER met his daughter’: Owen Wilson’s ex Varunie Vongsvirates, 35, begs the actor, 50, to get involved in one-year-old Lyla’s life

Owen Wilson’s ex-girlfriend Varunie Vongsvirates has begged the 50-year-old actor to get involved in their one-year-old daughter Lyla’s life.

The 35-year-old told DailyMail.com that her former lover is ‘not involved at all’ with their little girl and has ‘never’ even met his youngest child.

‘Owen has never met Lyla. Never,’ Vongsvirates explained while on a rare night out in Los Angeles. ‘He helps financially but it’s never been about that.’

Questioned about this, she added: ‘Lyla needs a father. It’s ironic how [Owen] keeps getting these father roles, he’s playing a father in his new movie, and he’s never met his own daughter.’ 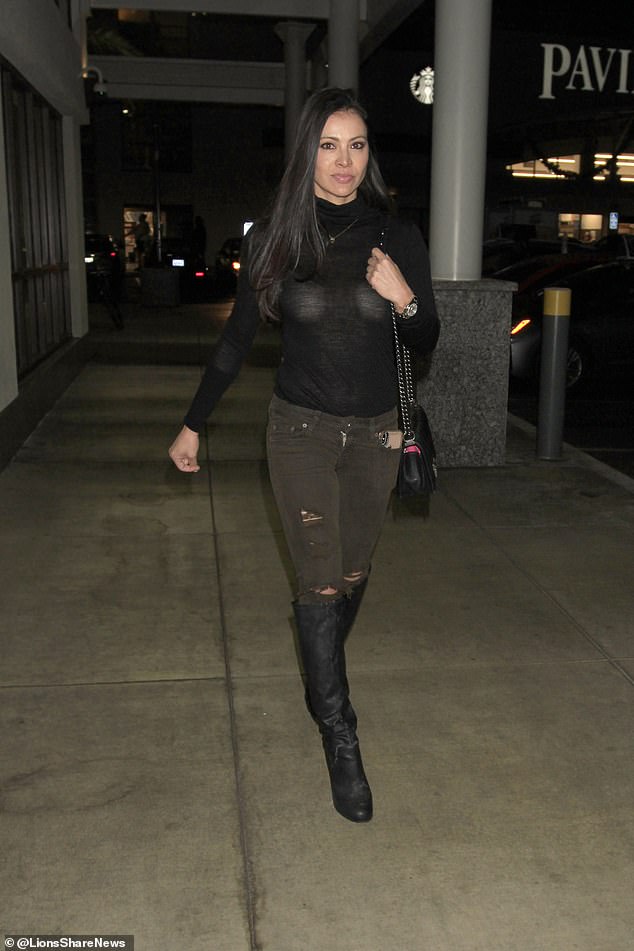 Varunie Vongsvirates is seen out in Los Angeles on Friday; during her outing she begged her actor ex Owen Wilson to get in touch 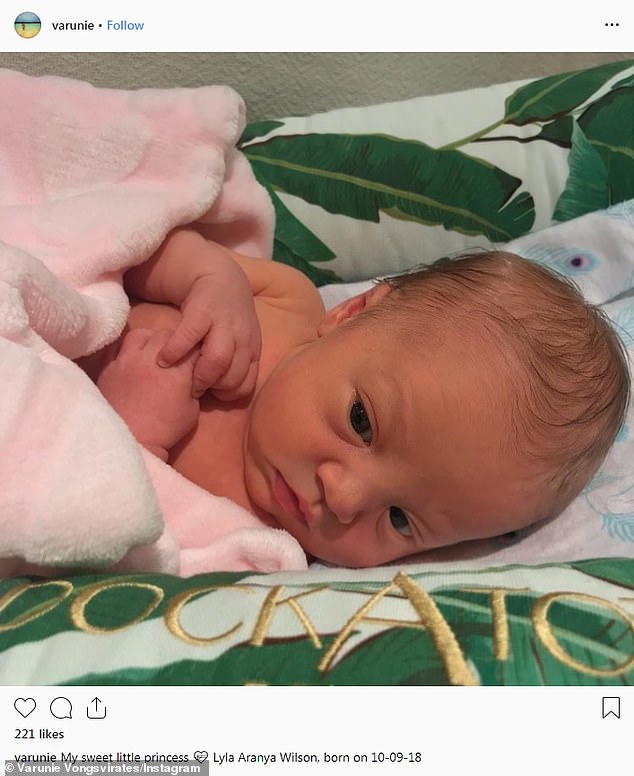 Welcome to the world: Varunie shared images of her little one to social media last year, boasting that Layla has bright blonde and baby blue eyes much like her dad 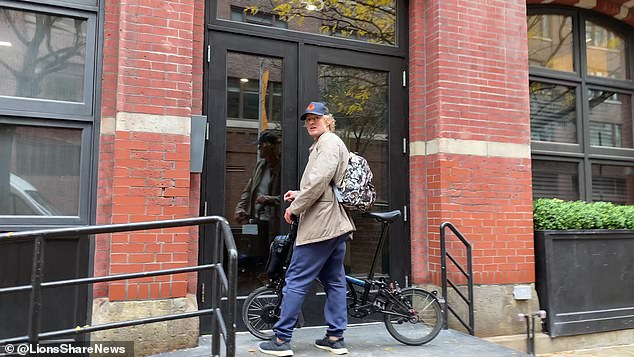 Owen Wilson was spotted in New York on the same day; he evaded questions about his toddler daughter before riding away on a bicycle

Varunie and Owen casually dated for five years before splitting up. He underwent a paternity test last year which confirmed he was the father.

Asked if she had a message for her ex, Varunie said: ‘You should see your daughter, she’s incredible, you’re really missing out. She looks just like you.’

Varunie gave birth to their little girl on October 9, 2018 without Owen by her side.

He reportedly ‘checked the no visitation box in court in June’ and doesn’t want ‘any custody of her,’ a source told Us Weekly.

DailyMail.com has reached out to Wilson’s representatives for comment.

Owen was spotted in New York on the same day as Varunie – but evaded questions about his daughter before riding away on a bicycle.

Varunie shared images of her little one to social media last year, boasting that Layla has bright blonde and baby blue eyes much like her dad.

It was previously confirmed the tot measured 21 inches and weighed 6lb 13oz, and her middle name, Aranya, is in honor of Varunie’s father’s Thai heritage. 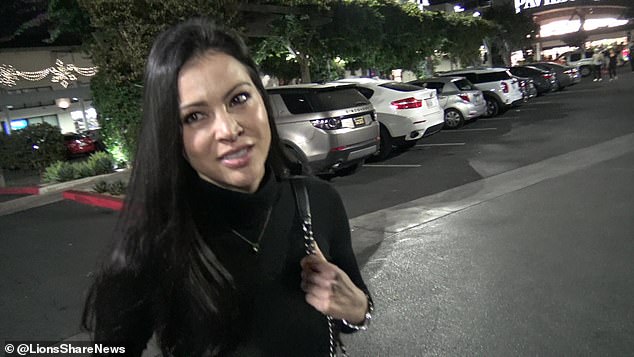 Speaking out: Varunie was interviewed after a night out, as seen here 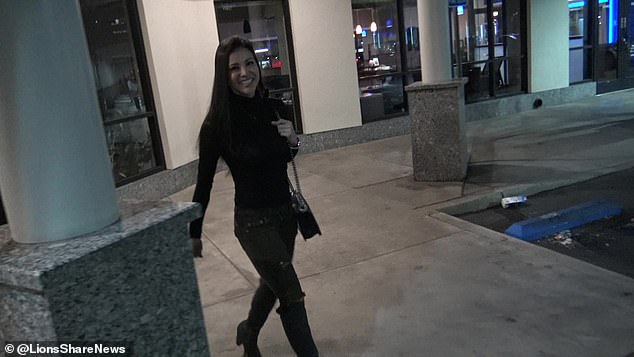 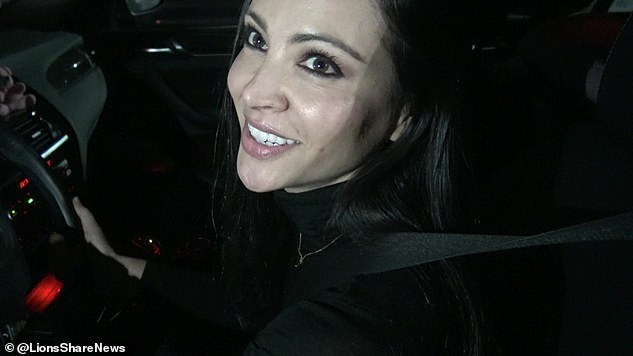 Heading home: Varunie has been a solo parent since giving birth last year

Owen is also the father of two sons, the eldest of whom is a seven-year-old named Robert after Owen’s father.

The Wedding Crashers star welcomed Robert with his then-girlfriend Jade Duell, from whom he reportedly split up in 2011.

He also has a four-year-old son called Finn by fitness trainer Caroline Lindqvist, whom he has struck up another romance with as of late.

Caroline was reportedly in the process of divorcing then-husband, plastic surgeon Ritu Chopra, when news of her pregnancy with Finn became public. 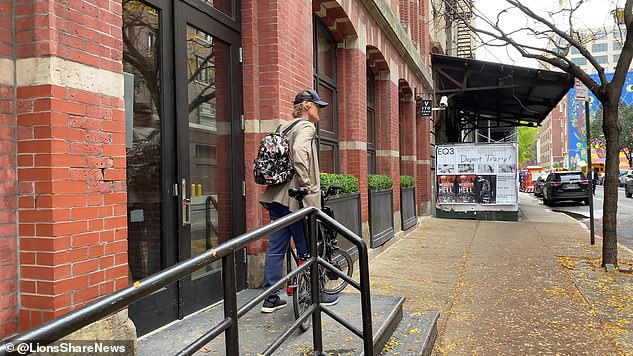 Off: Owen wore a beige jacket with blue sweatpants as he cycled off into the city without answering any questions about his daughter on Saturday 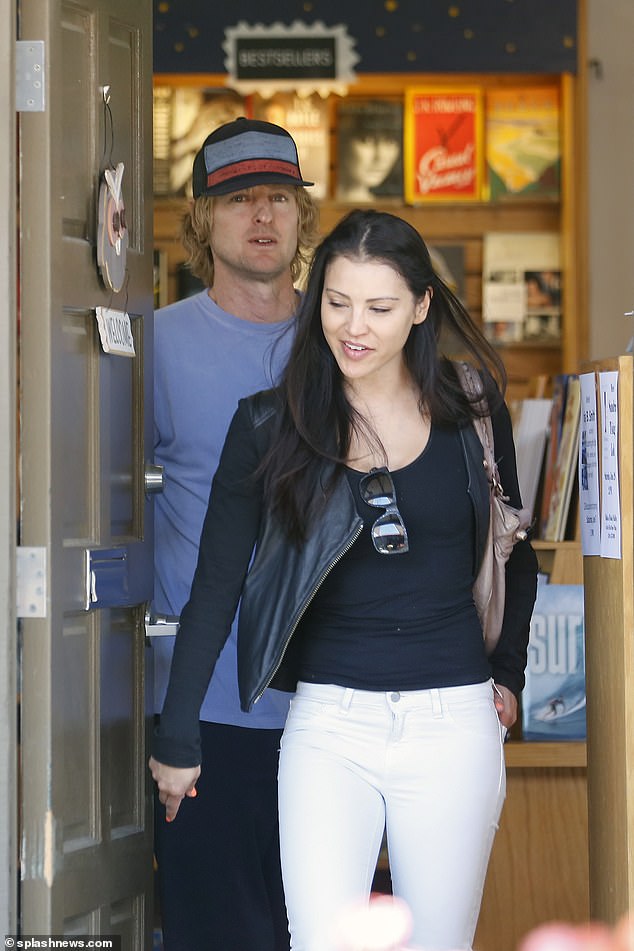 During an appearance on The Ellen DeGeneres Show to promote his 2017 film Cars 3, Owen discussed parenting his first two children.

The proud father, who calls Robert by his middle name Ford, talked lovingly about how much little Finn idolizes his older brother.

‘It’s unbelievable. I mean, anything Ford says is just, like, the funniest thing ever, and I can make and joke and it’s, like, crickets. It’s like nothing from those guys.’

‘And I’m like: ‘Well, no, Ford, actually you haven’t seen bigger. This is – this is the General Sherman tree. This is the biggest tree.’ And he’s like: ‘If you say so.’ 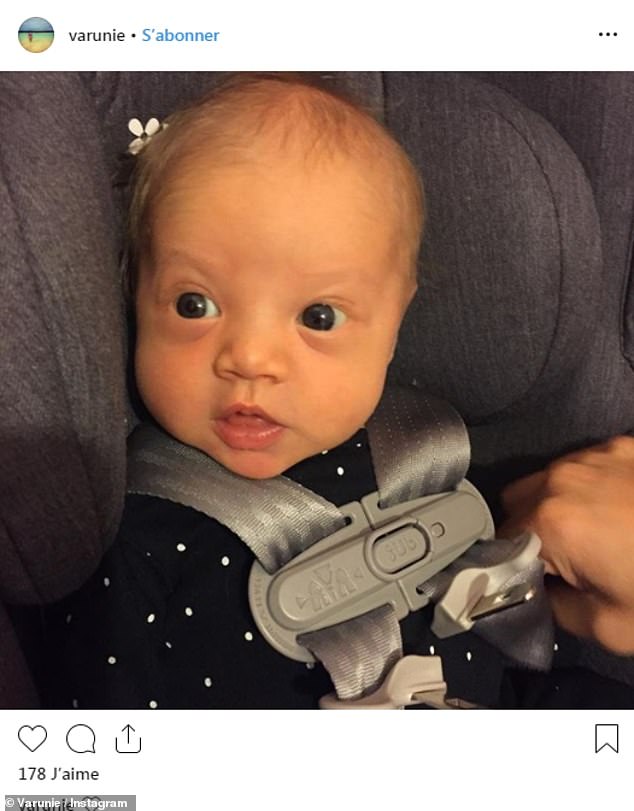 Baby love: It was previously confirmed the tot measured 21 inches and weighed 6lb 13oz, and her middle name, Aranya, is in honor of Varunie’s father’s Thai heritage 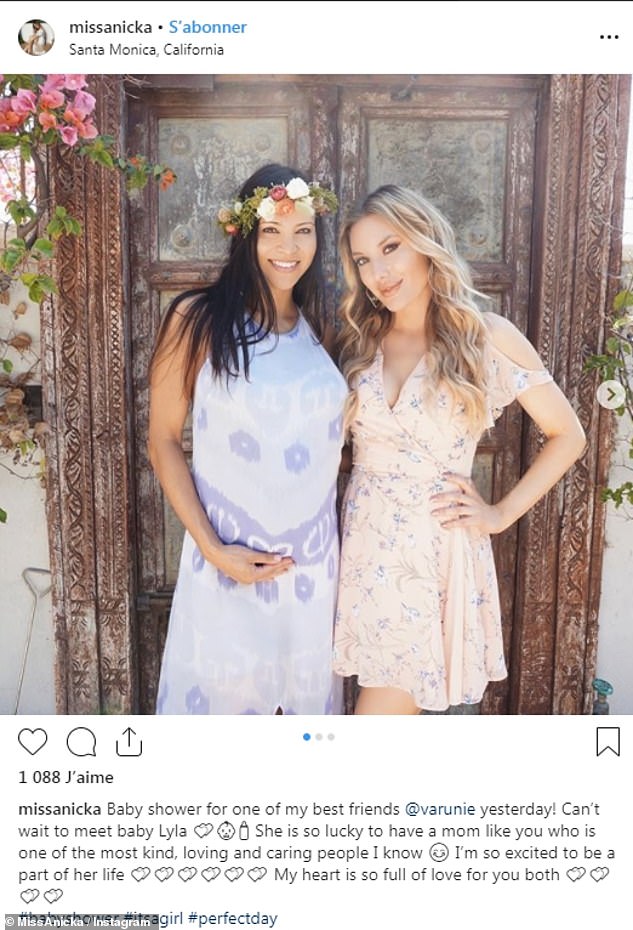 Bliss: Varunie was positively glowing during a baby shower last year where friends and family celebrated her upcoming arrival