And the 51-year-old grandmother’s controversial line of work seems to have ruffled some feathers in her family, with daughter Eva, 21, admitting that her mum’s racy antics have caused her some embarrassment.

‘It’s a little bit embarrassing when my friends find out that my mum’s doing this,’ she told Spencer Pratt on his Looped series Judge Me. 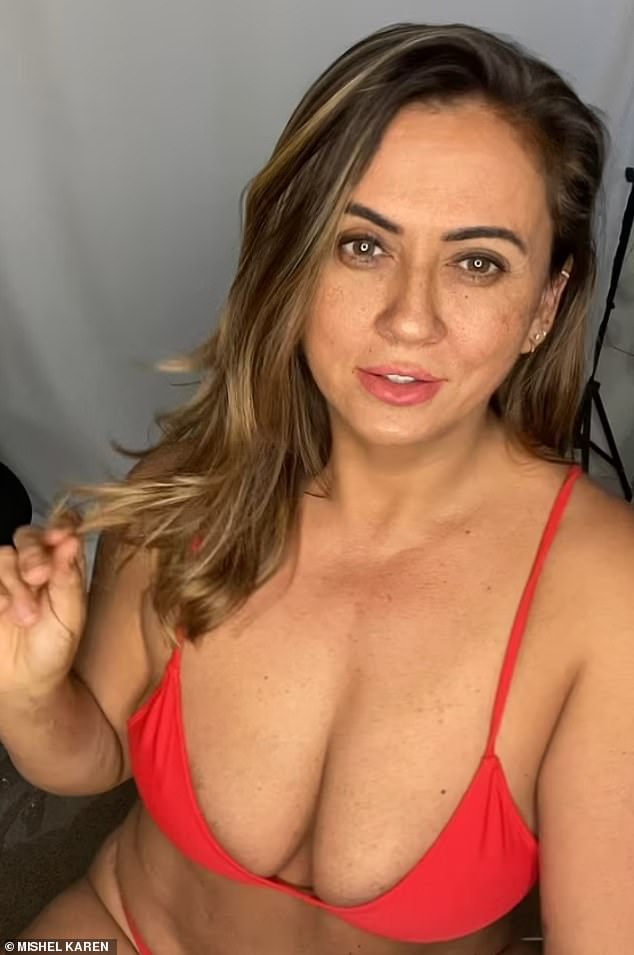 All access? Married At First Sight’s Mishel Karen has admitted that her son’s friends may have seen her X-rated content on OnlyFans

‘I’d prefer if she didn’t do it but then again, I don’t really have a say in what she does,’ she continued.

‘You can’t control her. She’s got her own mind made up,’ Eva added.

Mishel then added that she thinks her son Samuel’s friends are probably subscribed to her page.

Stunned by the admission, Spencer said: ‘I think you guys need to make a reality show about this… this is next level.’ 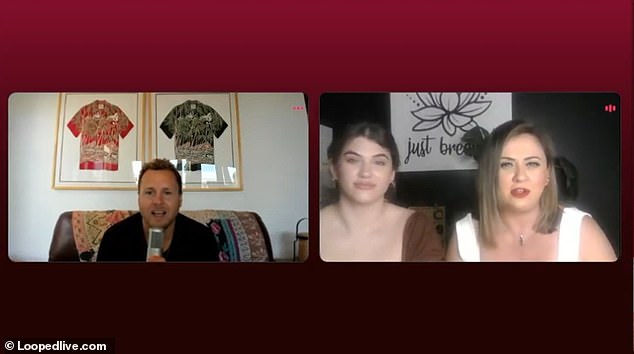 ‘I’d prefer if she didn’t do it’: Mishel and her daughter Eva appeared on Spencer Pratt’s Judge Me this week, where Eva admitted that she was ’embarrassed’ by her mum’s X-rated career

The mum-of-two’s content eventually started becoming racier, to the point that she ended up doing hardcore pornography on the site.

She now earns up to $30,000 a month doing everything from lesbian threesomes and oral sex to selling her used panties to fans. 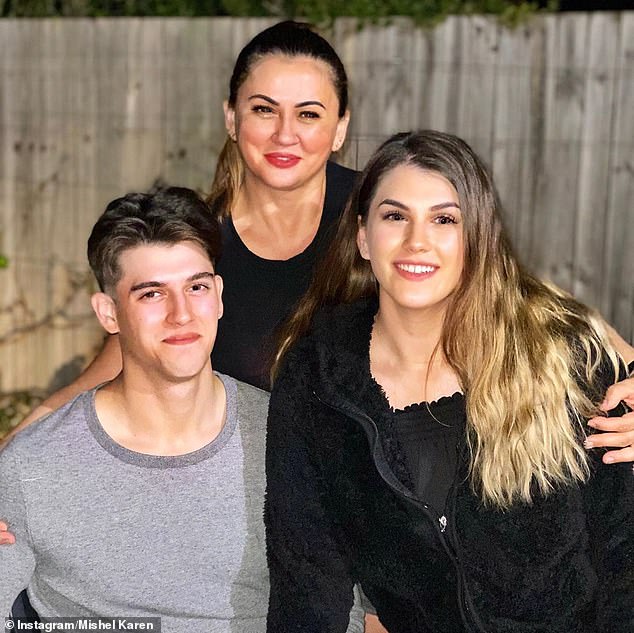 Family affair: ‘It’s a little bit embarrassing when my friends find out that my mum’s doing this,’ Eva told Spencer. (Mishel pictured with son Sam and daughter Eva)

She was forced to turn to the platform to provide for herself and her family after being suspended without pay from her job for refusing to comply with Covid vaccine mandates.

Mishel’s older than most of her contemporaries at 51, and is also known for performing hardcore acts that other reality stars and celebrities on the platform don’t tend to do.

‘The content that really excites my followers is videos with other participants, especially where there are sexual interactions,’ she previously told The Sun.

She added: ‘My most requested content is oral sex.’ 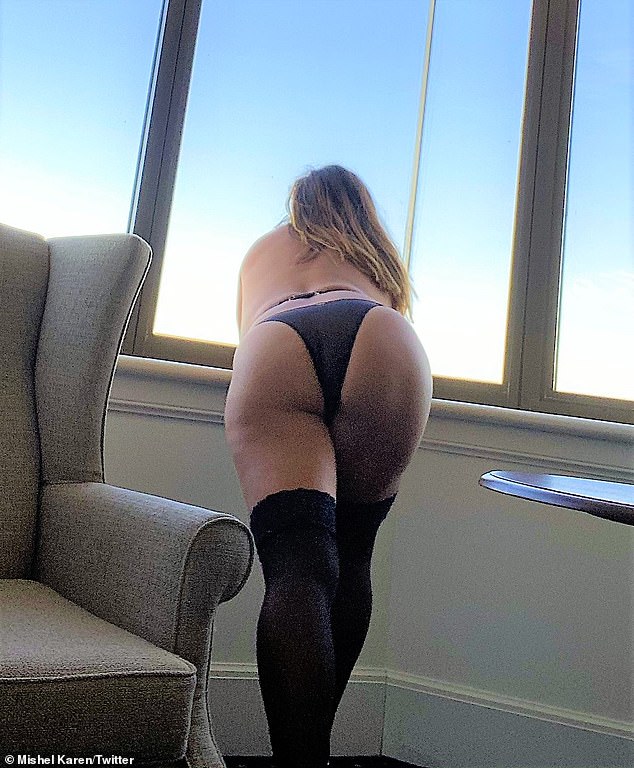 ‘You can’t control her’: Eva admitted that her mum will always do her own thing regardless of what anybody else says 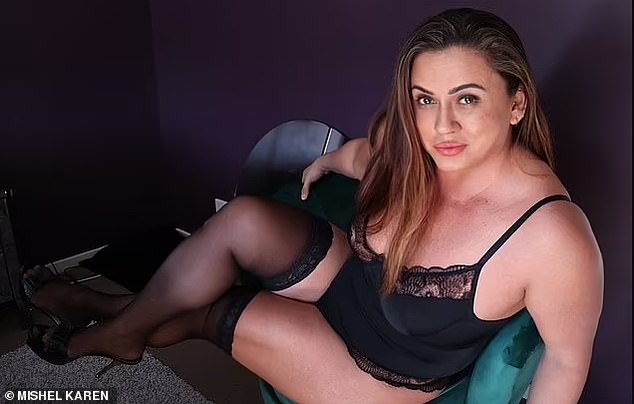 Lucrative: Mishel earns up to $30,000 a month doing everything from lesbian threesomes and oral sex to selling her used panties to fans

The glamorous grandmother also admitted many of the requests from fans are far from vanilla.

‘I get many customer requests that are not always mainstream vanilla requests; everyone has something different that ignites their hormones,’ she explained.

One extreme request involved performing an unhygienic sexual act while doing a handstand, which Mishel said she was unable to fulfil.

‘I wasn’t comfortable in doing it either,’ she said. 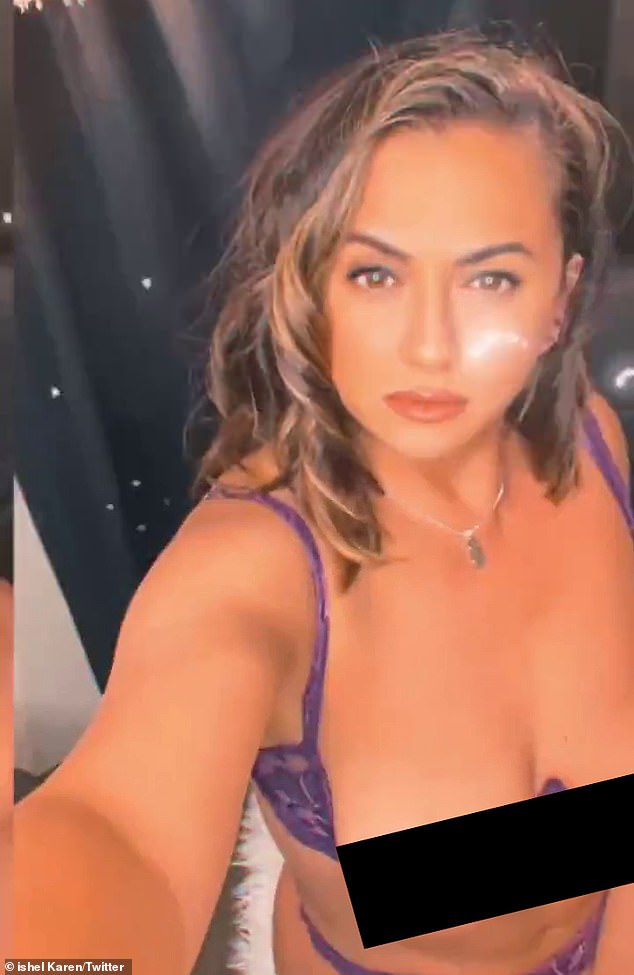 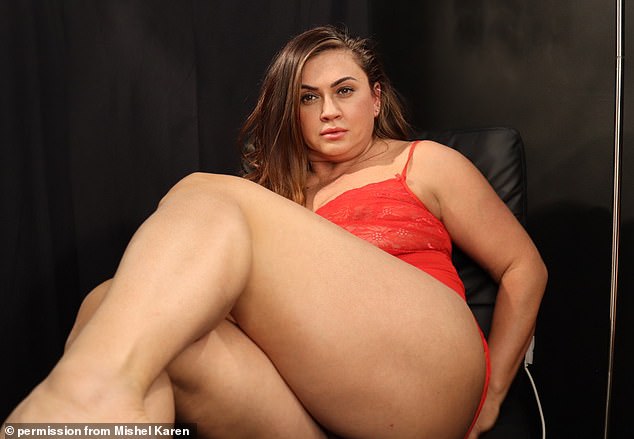 Raunchy: ‘The content that really excites my followers is videos with other participants, especially where there are sexual interactions,’ she previously revealed

Mishel defended herself against critics and sex shamers in an impassioned post last year.

‘If someone thinks that it is a disgrace or embarrassing to show your body, then that’s their own problem.’

Mishel recently became a grandmother after her son Sam welcomed a baby boy with his girlfriend. 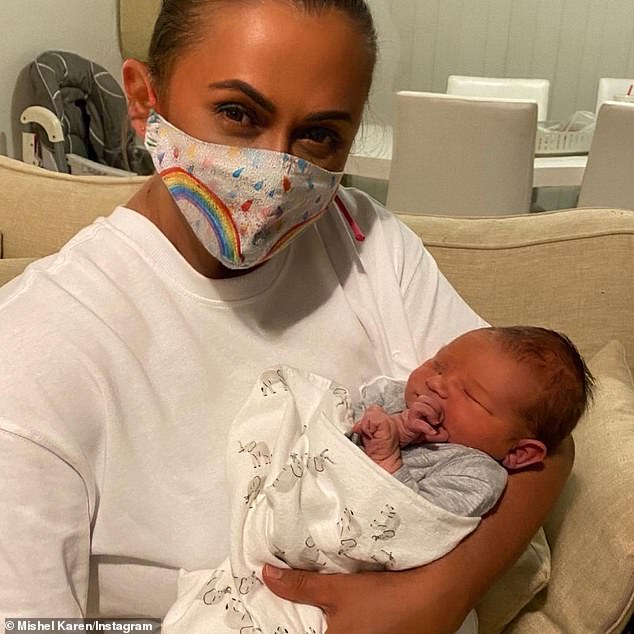 Family first! In addition to being a loving mum, Mishel is also a doting grandmother