Simon Cowell and James Corden are reportedly locked in a battle over who will broadcast the highly anticipated TV return of One Direction.

The chart-topping band are rumoured to be reuniting for the 10th anniversary of their formation on The X Factor in 2010.

Simon wants the band he created to perform on the final of this year’s Britain’s Got Talent, according to The Sun. 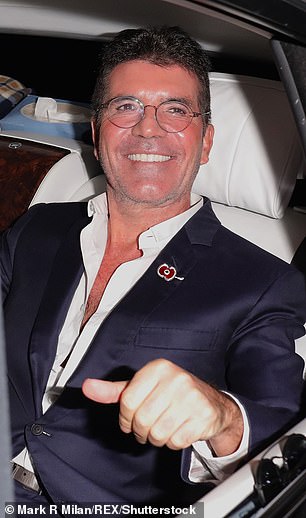 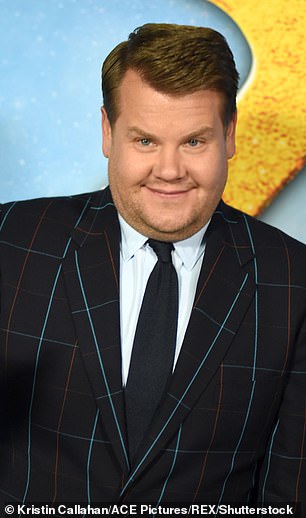 Battle: (L-R) Simon Cowell and James Corden are reportedly locked in a battle over who will broadcast the highly anticipated TV return of One Direction

But James Corden, who is friends with the group and has performed a number of skits with them on his Late Late Show, is keen to host their return, the publication claims.

His team in the US are reportedly trying to sign up the band members, including departed member Zayn Malik, if he chooses to rejoin the group.

A source told The Sun: ‘Simon was their mentor who first had the idea of putting them together as a group and they are one of the most successful acts from one of his shows. 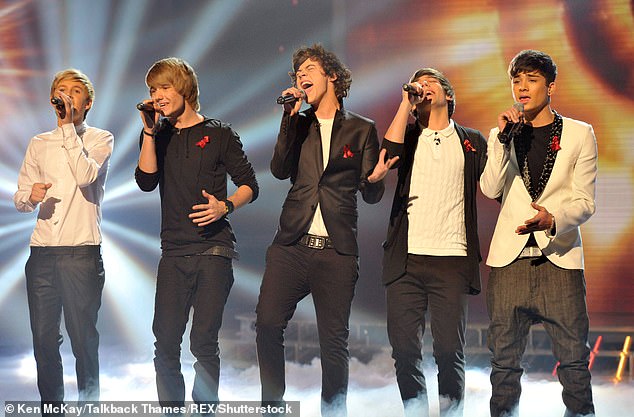 A decade on: (L-R) Niall Horan, Liam Payne, Harry Styles, Louis Tomlinson and Zayn Malik are rumoured to be reuniting to celebrate the 10th anniversary since their formation on X Factor

‘But while all the One Direction boys adore Simon and enjoy working with him, there are other TV shows today.

‘Harry Styles is very good friends with James’s executive ­producer Ben Winston – he even used to live with him – so his inclination is to lean towards James’s show.’

The source also highlighted how the other band members are friendly with James and believe his programme is a great platform.

MailOnline has contacted Simon and James’ representatives for comment. 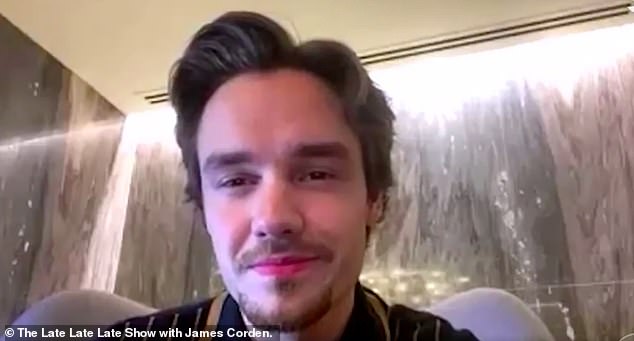 Exciting times! Liam recently confirmed has been ‘speaking’ to his One Direction band mates again ahead of their 10-year anniversary

He said: ‘I’m not ­allowed to say too much because I’d be giving it away but we’ve been ­speaking a lot more at the moment.

‘I think that we’re all feeling that the ten years is a very special moment.’

Liam suggested that so far he has only spoken to Louis Tomlinson and Niall Horan on FaceTime recently, while he didn’t mention Harry Styles and Zayn Malik.

It comes following reports that their long-awaited reunion has been reportedly thrown into doubt by the coronavirus pandemic. 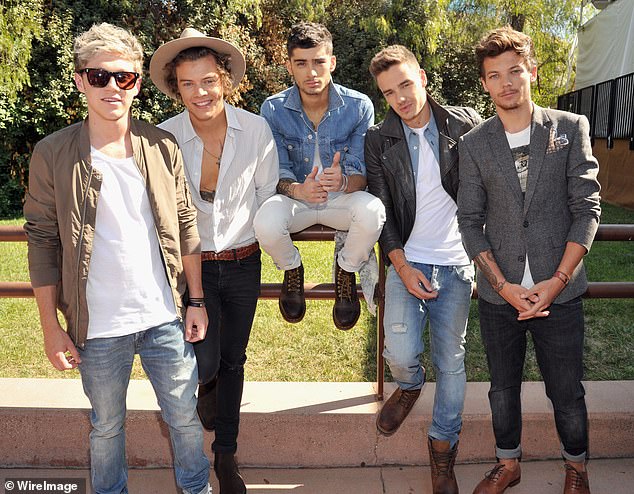 Back together? The singer, 26, teased that he ‘couldn’t give too much away’ as he spoke to James Corden in the home version of the Late Late Show

MailOnline reported on Monday that all four boys had started re-following their former bandmate Zayn on Twitter.

Furthermore, the Pillowtalk singer has gone from being listed as ‘ex-member’ to ‘vocals’ on Google search.

In addition, all five of the boys’ albums are now back on Apple Music – with the banner image changed to an old picture featuring Zayn – and their official website has been reactivated.

On Monday, the hashtag ‘#OneDirectionReunion’ began trending on Twitter after the boys all followed Zayn again, following his departure from the band in March 2015 and his severing of ties with his former friends.

However, Zayn – who has become more private since embarking on a solo career – has yet to follow them back. 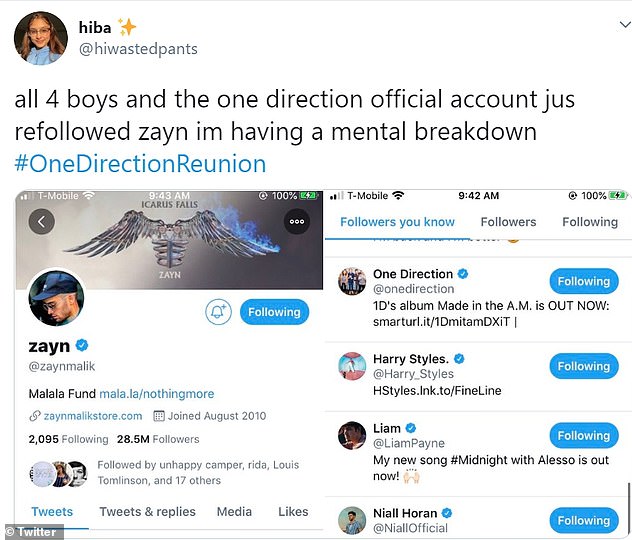