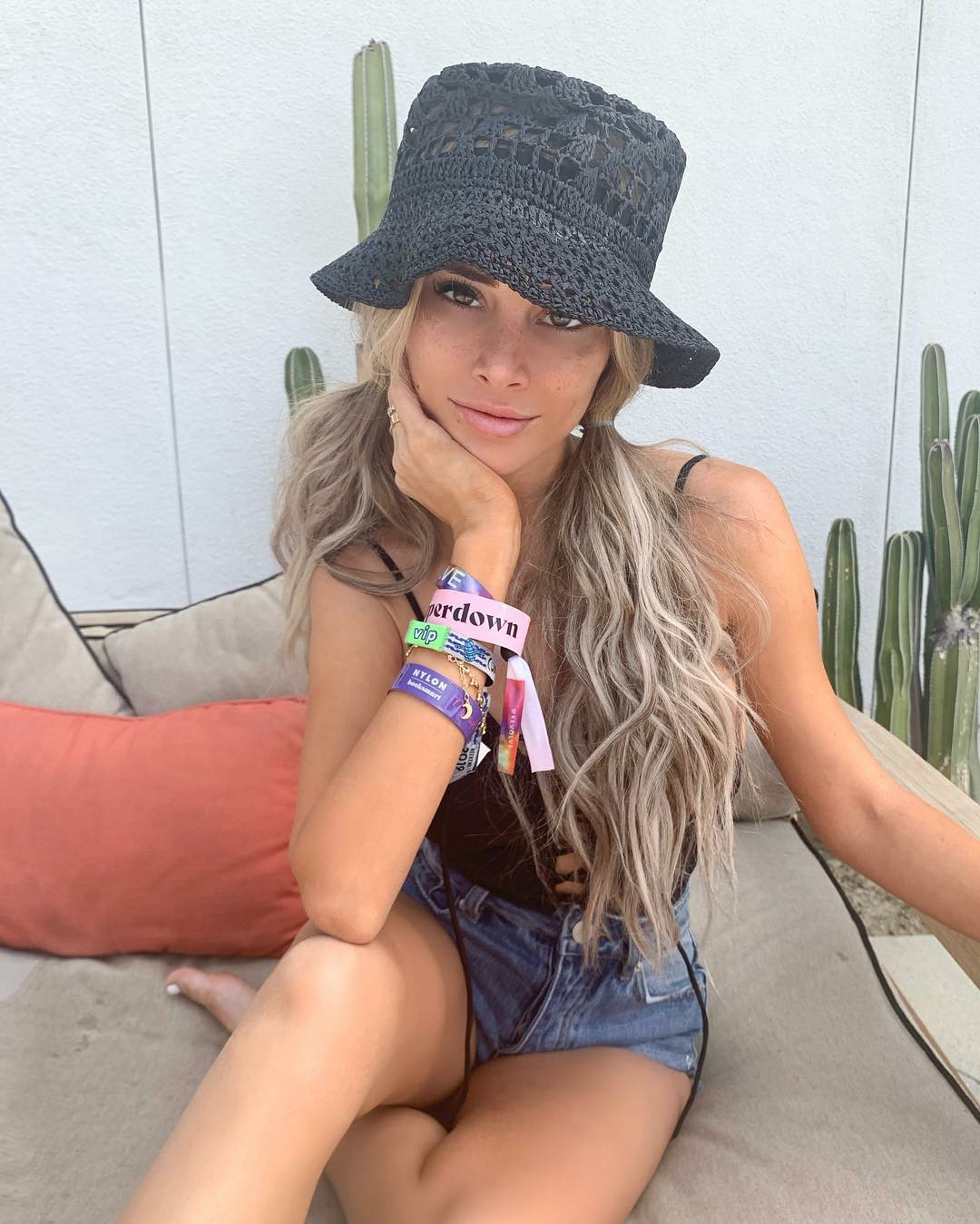 “Thank u, next,” the reality star, 29, captioned an Instagram picture of herself with a nod to Grande’s hit breakup anthem. Stanton looked adorable in pigtails, a bucket hat and a black swimsuit paired with jean shorts.

Stanton’s time at the music festival in Indio, California, comes less than two weeks after the professional volleyball player confirmed their split on April 5. (They first sparked breakup speculation when they unfollowed each other on social media.) The BIP alum spoke out about the breakup in a series of Instagram videos three days later, noting that she’s “been listening to Ariana Grande nonstop.”

“First of all, I want to let y’all know I am totally fine. I wanted to confirm — just because it’s already been confirmed — but I wanted you guys to hear it from me that yes, Bobby and I broke up,” she said at the time. “First and foremost, I want to clear the air about my kids. My kids know, no matter what, they are always my number one priority. Always. I remind them that every single day. They never feel like I’m choosing a guy over them, and that’s the silliest assumption about me that I’ve ever heard.” (Stanton shares daughters Kinsley, 7, and Charlie, 5, with ex-husband Nick Buonfiglio.)

The Lani the Label founder also added that she “was completely blindsided [by the breakup] and it just happened very suddenly.” Jacobs, for his part, spoke out about how there was no cheating involved in their split.

Stanton and Jacobs had recently moved into a beachfront Laguna Beach, California, home together. “Waking up to a view of the ocean every day — you can’t really beat that,” Stanton gushed exclusively to Us Weekly last month. “We also finally have a backyard, which the girls are super excited about. I want to make the patio a nice outdoor space for summer, so we can have barbecues and eat outside. I’m going to put those string lights through the trees to make it really romantic.”