O.J. Simpson is suing a Las Vegas hotel-casino that banned him in November 2017, alleging that unnamed employees defamed him by telling a celebrity news site he had been drunk, disruptive and unruly.

Simpson, on parole in Nevada for a 2008 conviction for armed robbery and assault with a weapon, filed the lawsuit Thursday against Nevada Property 1 LLC, corporate owner of the Cosmopolitan of Las Vegas.

The complaint acknowledges that Simpson, after several hours with two friends at a steakhouse and a lounge in November 2017, received a notice from a security guard as they left.

It prohibited him from returning to the Las Vegas Strip property. He says he was never given a reason. 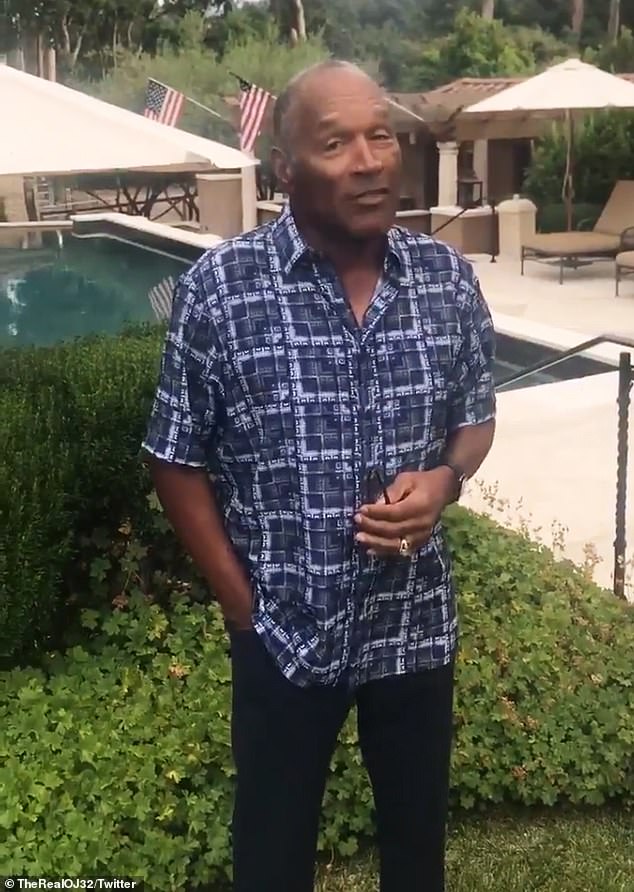 The Juice! OJ seen here wishing all fathers a Happy Fathers Day back in June, 2019

Simpson denied in the lawsuit that he was ‘belligerent,’ broke glass or damaged property.

Simpson attorney Malcolm LaVergne said his client’s reputation was damaged by ‘hotel staff’ accounts cited in a TMZ report that Simpson ‘was drunk and became disruptive’ at the resort’s Clique bar.

TMZ is not a defendant in the lawsuit. 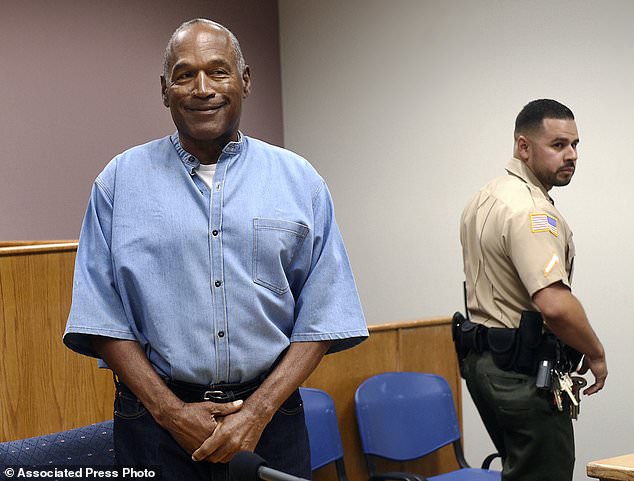 All smiles: here Simpson is seen in July 2017 as he enters his parole hearing at the Lovelock Correctional Center in Lovelock, Nevada

Simpson had been released on parole less than six weeks before the incident, and LaVergne said Friday his client was stung by criticism on he received on social media. The attorney said Simpson did not have a Twitter account in 2017.

‘Now we’ve got Twitter. We’ve got a lawsuit. We’ll see how things play out,’ LaVergne said.

Simpson opened a Twitter account last June with an initial video post saying, ‘I got a little gettin’ even to do.’ Most posts since have been about football.

Parole officials found that Simpson had not violated probation ‘and ultimately determined that the Cosmopolitan’s assertions against Simpson were false,’ the complaint said.

Nevada Department of Public Safety spokeswoman Kim Yoko Smith did not immediately respond to requests for comment about the parole finding. 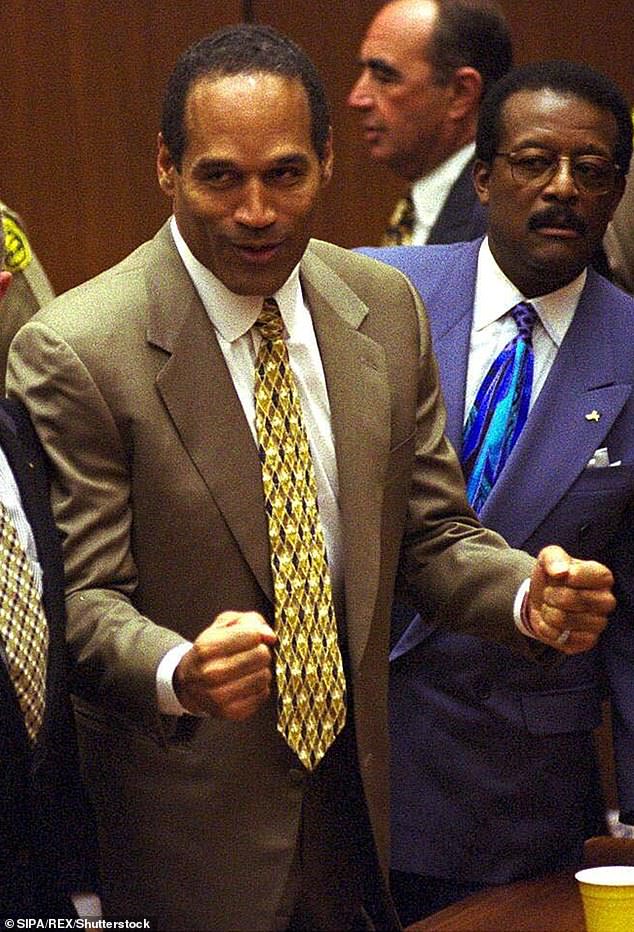 Simpson has been living in a gated golf course community after being freed from prison. He was convicted in October 2008 of leading five men, including two with guns, in an ill-fated bid to retrieve personal items and memorabilia from two collectibles dealers and a go-between at a Las Vegas casino-hotel.

Simpson claims in the complaint he is a ‘model’ parolee and points to ‘an extremely warm and positive reception by many’ who pose with him for photos.

With good behavior credits, his parole could end before 2022.

Simpson was acquitted in Los Angeles in the 1994 slayings of his ex-wife, Nicole Brown Simpson, and her friend, Ronald Goldman. He was found liable for the killings in 1997 and ordered by a California civil court jury to pay $33.5 million to victims’ families.

The lawsuit was first reported by the Las Vegas Review-Journal. 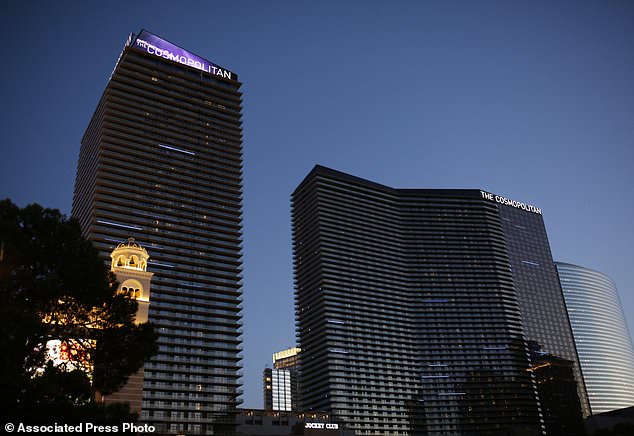 Pictured: The Cosmopolitan in Las Vegas, the subject of Simpson’s 2019 lawsuit