Wish they WEREN’T there? In the 30 years since Michael Palin went Around The World In 80 Days, not all celebrity travelogues have gone the extra mile for viewers

In 1989, Around The World In 80 Days reinvented Python star Michael Palin’s career and spawned a TV genre for ‘celebrity travelogues’.

Now, Kevin Lygo, ITV’s director of television, has declared enough is enough: ‘I’m tired of another show that has B-rate celebrities going to Mykonos to look at their feet.’

So who was right to go on tour — and who should’ve stayed at home? 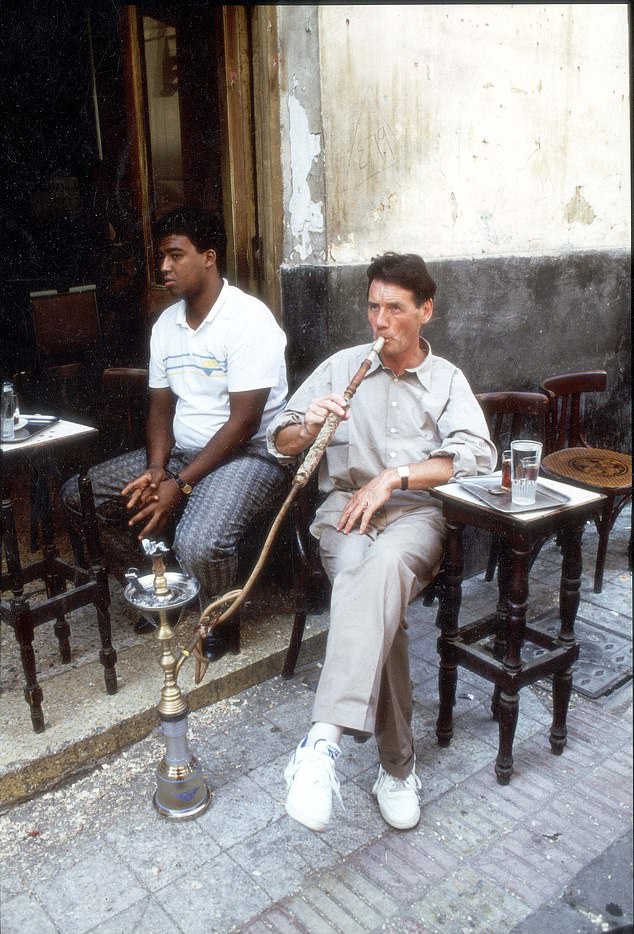 In 1989, Around The World In 80 Days reinvented Python star Michael Palin’s career and spawned a TV genre for ‘celebrity travelogues’. Now, Kevin Lygo, ITV’s director of television, has declared enough is enough: ‘I’m tired of another show that has B-rate celebrities going to Mykonos to look at their feet.’ So who was right to go on tour — and who should’ve stayed at home? 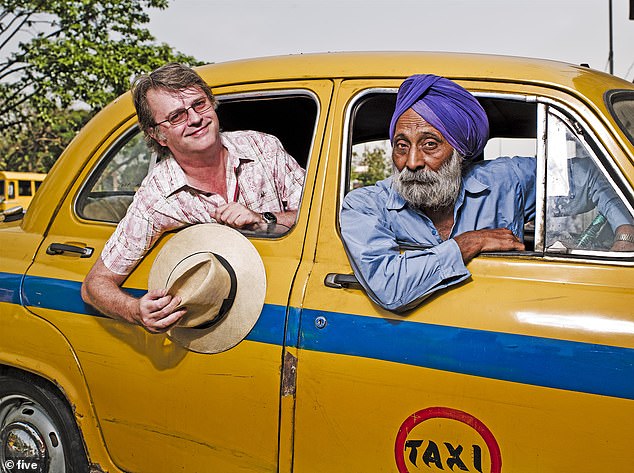 Channel 5’s Paul Merton In India in 2008 followed the success of his earlier series about China. It was idiosyncratic, to say the least. The comedian introduced viewers to a Jaipur eunuch protection racket, a Mumbai P.G. Wodehouse Appreciation Society and a Bangalore prison where he discovered the food is apparently so tasty that inmates in other jails go on hunger strike so they can be transferred there. He also met a man who holds the world record for being kicked in the groin the most times in a minute. 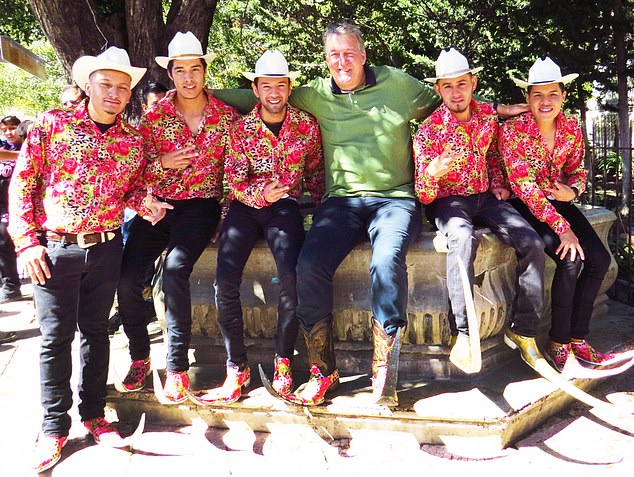 Seven years after travelling across America in a taxi cab, 2015’s Stephen Fry In Central America (ITV) repeated the trick in a yellow bus. He got pally with the ‘pointy boot cowboys’ in Mexico (right) and fell for a baby sloth in Costa Rica. The late critic A.A. Gill wrote: ‘Fry travels with the demeanour of a Victorian lady missionary. I didn’t know it was possible for a person to lactate so much empathy. We are drenched in the great warm slurps of mumsy sympathy.’ 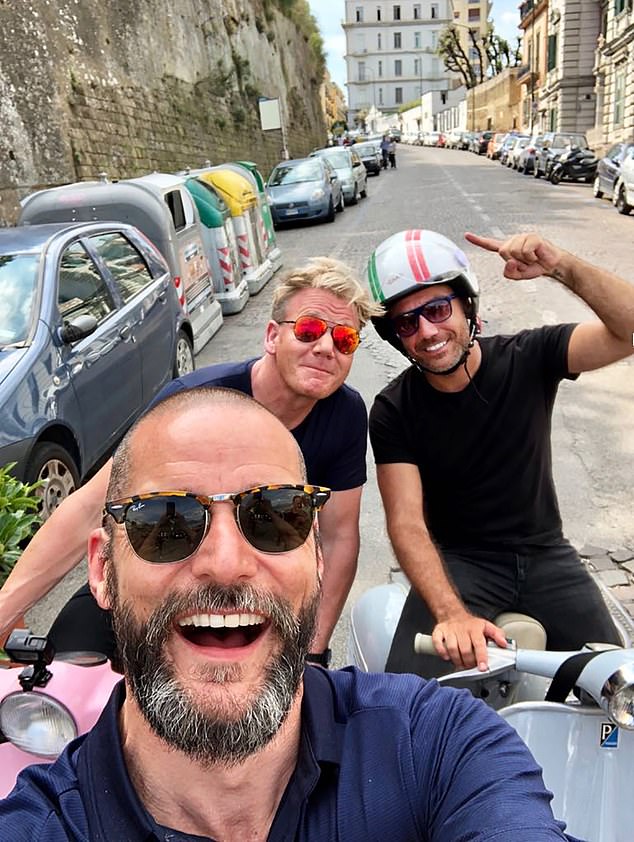 As a  break from slaving over a hot stove, celebrity chefs Gordon Ramsay and Gino D’Acampo joined Channel 4 First Dates’ maitre d’hotel Fred Sirieix on a road trip through their respective homelands, Scotland, Italy and France. Logically titled Gordon, Gino and Fred: Road Trip, the 2018 ITV series was hated by critics, but it drew 5.1 million viewers and was recommissioned immediately — in fact series two will be filmed next month in the United States. 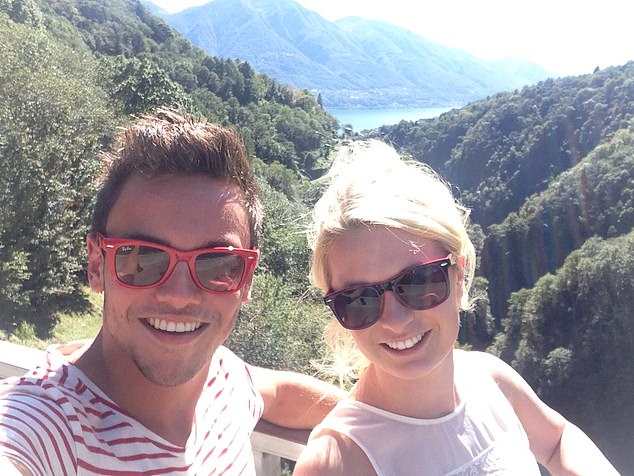 On paper, it sounded more exciting, but 2014’s Tom Daley Goes Global, following the Olympic diving champion on his travels with best friend Sophie Lee, underwhelmed the viewers and the series was not recommissioned. One writer said ‘it is the ITV2 equivalent of having to look at Lisa from work’s holiday snaps’ and added that it was ‘a contender’ for ‘worst show of the year’. An ITV spokesman said: ‘It did get a good response on social media networks.’ 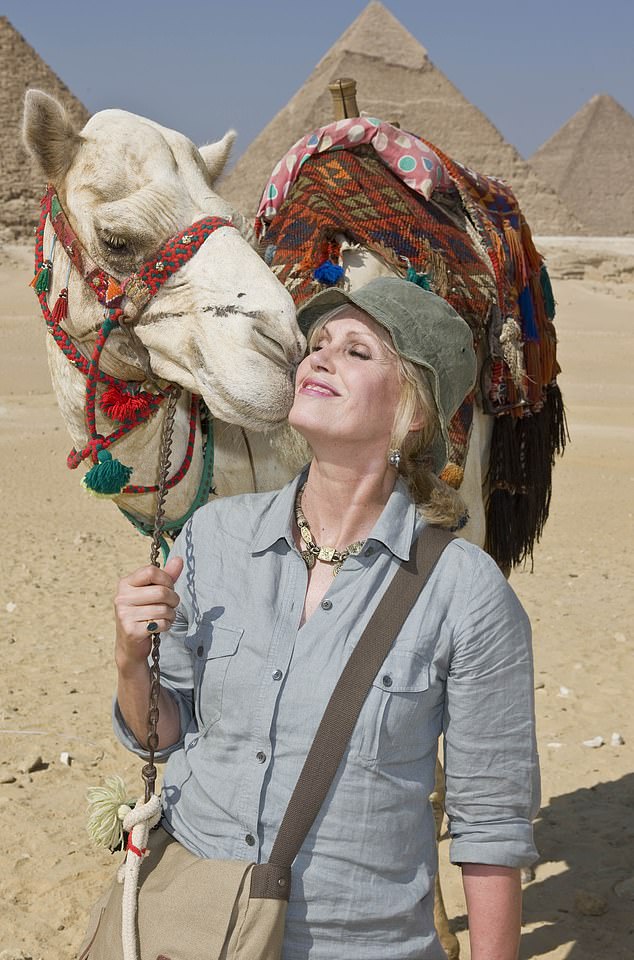 National treasure Joanna Lumley was on a camel in 2010 for the ITV series Joanna Lumley’s Nile. The second episode garnered 4.7 million viewers, beating BBC1’s popular crime drama New Tricks in the ratings war. Unlike her chain-smoking, Bolly and Stoli-quaffing alter ego Patsy Stone in Absolutely Fabulous, actress Joanna is something of a New Age traveller. She’s gone on a Greek Odyssey, sought ancient wisdom from the Dalai Lama of Tibet (he proved rather flirtatious), searched for Noah’s Ark and returned to India, the land of her birth. Last year, she mounted a camel again for a 7,000-mile adventure along the historic Silk Road through Asia. Clever Joanna is also an executive producer of these escapades. Look to your crown, Michael Palin! 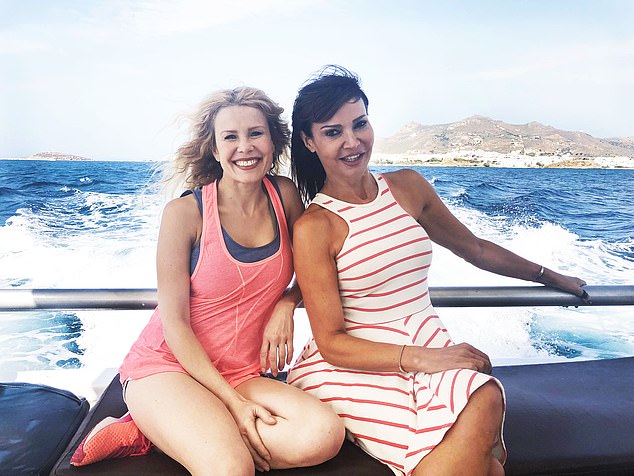 Last year’s Our Shirley Valentine Summer was a series in which eight middle-aged female celebs, including ex-topless model Melinda Messenger (left) and TV presenter Lizzie Cundy (right), were sent on a holiday to Greece to try to change their lives for the better. Some of the women were suffering from battered self-confidence in the wake of divorces — Ingrid Tarrant said she hadn’t had sex since her marriage to presenter Chris broke down 11 years ago. ITV boss Carolyn McCall confirmed the show wasn’t coming back, calling the 1.8 million ratings ‘disappointing’. 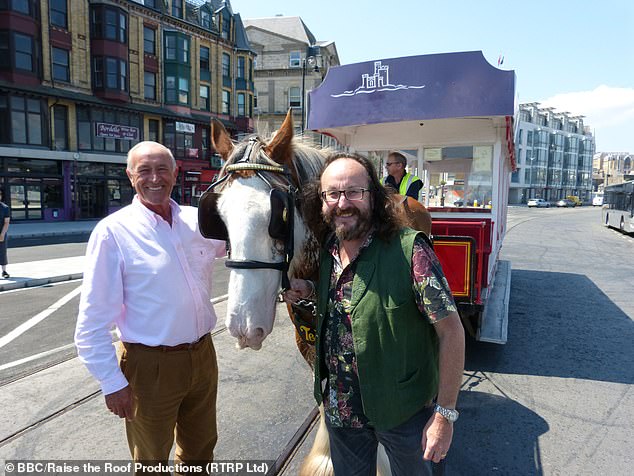 In 2014’s BBC1 series Holiday Of My Lifetime, Strictly Come Dancing judge Len Goodman was among the celebrities going to childhood holiday locations they’d most enjoyed. Hairy Biker Dave Myers (pictured with Len) had a good time on the Isle Of Man, but Blue Peter’s Valerie Singleton fell over while recreating a childhood break in Devon, and hit her bottom hard on a caravan tow-bar, leading to sciatic pain. 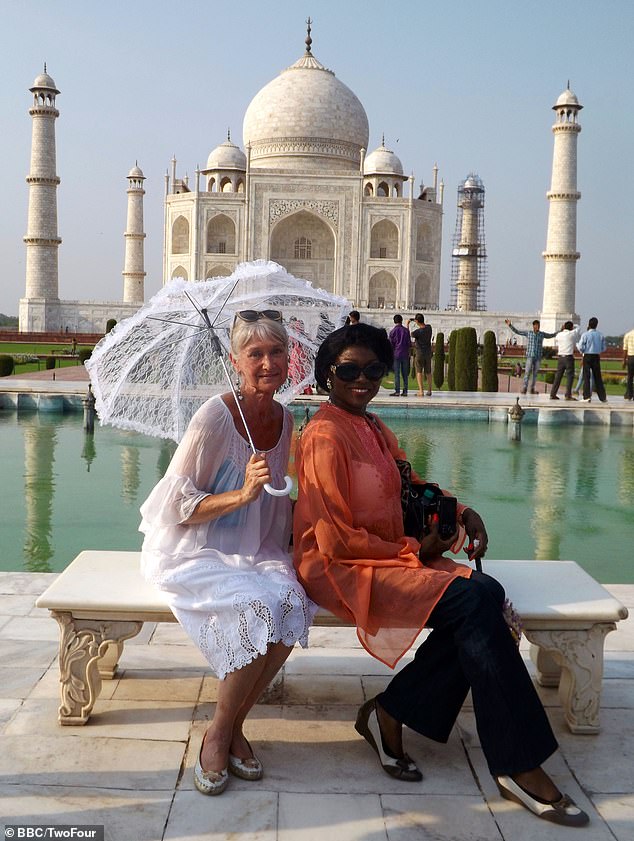 In 2016, BBC1’s The Real Marigold Hotel saw celebrities such as Jan Leeming, Patti Boulaye (pictured), Wayne Sleep and Miriam Margolyes travel to India to explore attitudes towards ageing. A year later came The Real Marigold On Tour, with more celebrities discovering how other countries ‘do’ retirement. There have been two more series since. They get good ratings and are popular with ‘on demand’ viewers. The whole franchise was inspired by the 2011 film The Best Exotic Marigold Hotel, which starred Judi Dench, Maggie Smith and Bill Nighy and was based on Deborah Moggach’s bestselling novel. 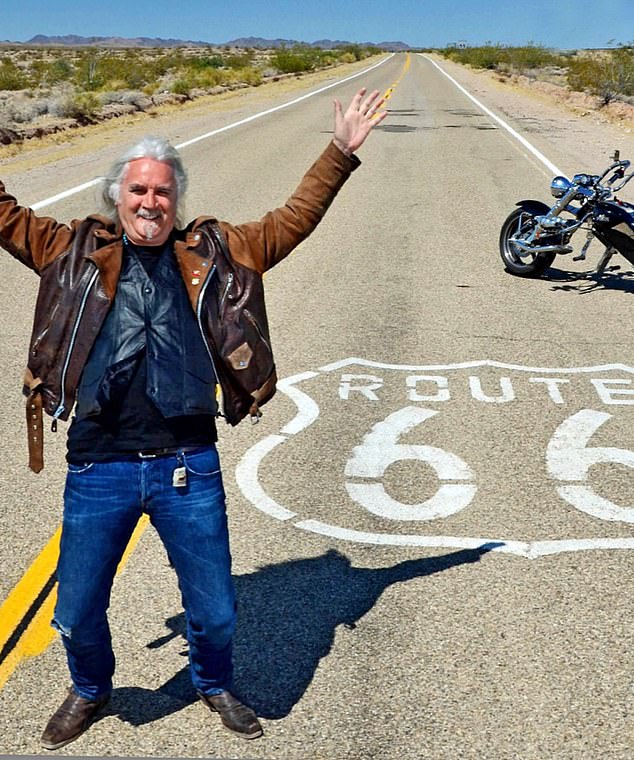 Comedy legend Billy Connolly is also a travelogue veteran. Screened by ITV in 2011, Billy Connolly’s Route 66 saw him riding a Harley trike along the 2,488-mile length of the famous road which, as the song says, ‘winds from Chicago to LA’ (well, Santa Monica in fact). Connolly met various eccentrics and spoke to a family whose house had been wrecked by a tornado. A huge hit, the series was followed by Tracks Across America in which Billy journeyed through 26 states by train.