Paul Mescal PICTURE EXCLUSIVE: Normal People hunk shows off his rippling muscles in workout gear as he enjoys a sunny stroll with co-star India Mullen while puffing on a cigarette

He’s become an international sensation for his role as the hunky Connell Waldron in the hugely popular new series Normal People.

And Paul Mescal, 24, showed why he’s amassed legions of adoring fans since the show’s debut, when he displayed his muscular physique in workout gear while enjoying a stroll through the streets of London with his co-star India Mullen, 23.

Donning a maroon sleeveless top with white shorts and a pair of tennis shoes, the Irish screen star basked in the sunshine as he walked alongside India, while taking the opportunity to indulge in a cigarette. 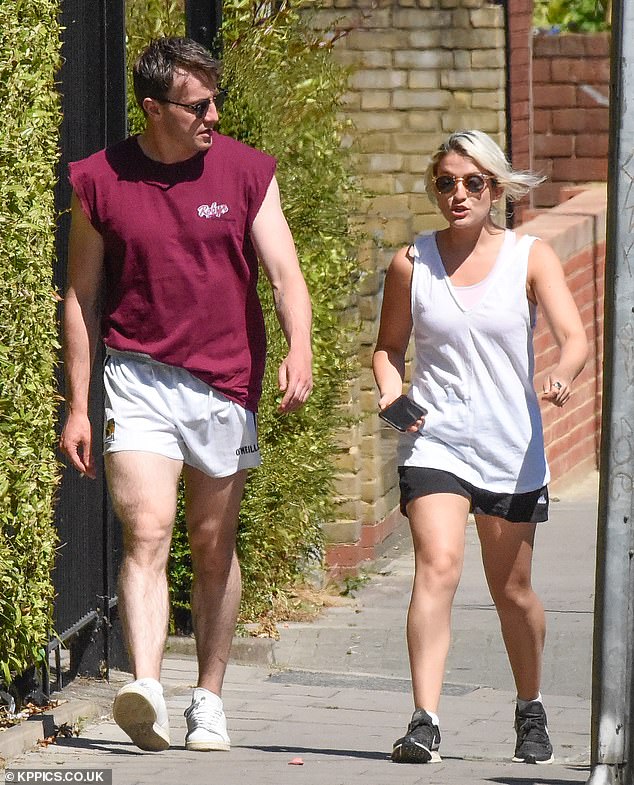 Going for a walk: Normal People co-stars Paul Mescal and India Mullen were spotted enjoying a stroll together in London on Sunday afternoon

Shielding his eyes with a pair of stylish sunglasses, the screen star chatted away with India, who looked tanned and toned in a light sleeveless top and black shorts.

Rounding out her sporty ensemble with a pair of black Nike running shoes, the blonde beauty tied her flaxen locks back in a relaxed ponytail.

Carrying her smartphone in one hand, India opted to hide her eyes behind a pair of red-framed sunglasses for the laidback outing. 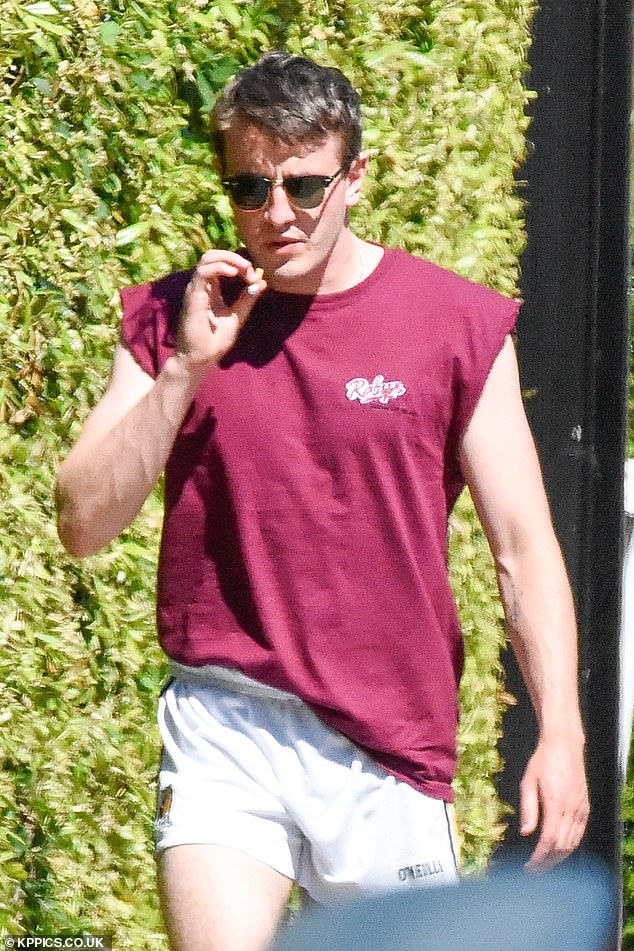 Puff break: The Irish actor took the opportunity to indulge in a cigarette during his relaxed walk 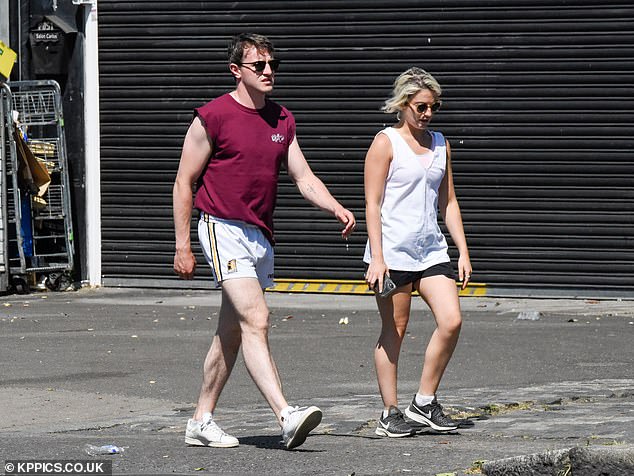 Relaxed: The pair looked relaxed and happy as they enjoyed a stroll through the city streets 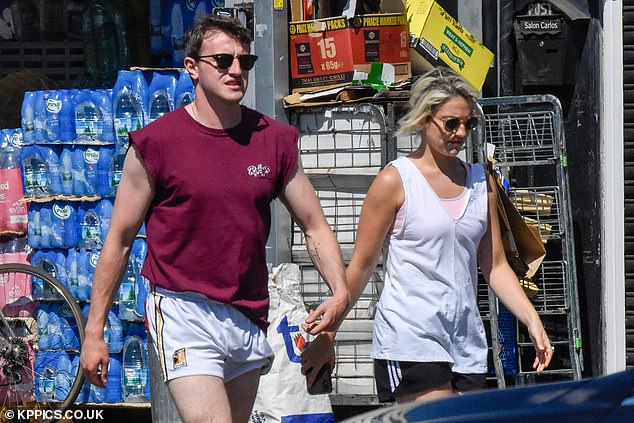 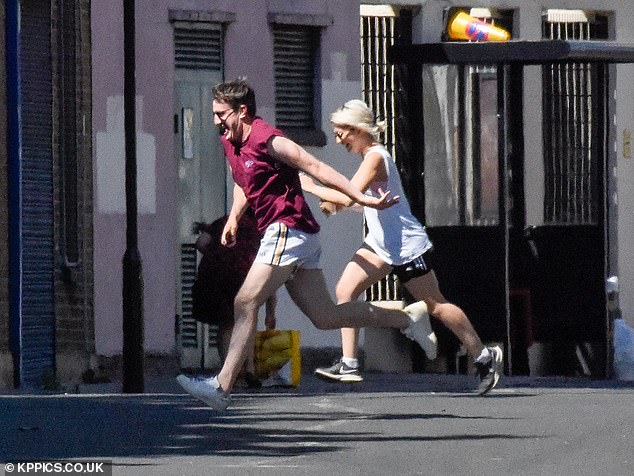 Going for gold: At one point, the pair were seen engaging in a playful race through the streets

Paul and India, who are roommates, stopped for coffee during their walk, before making their way to a local park, ending their outing by having a playful race.

Paul recently admitted that he’s struggling to quit smoking having got into the habit after giving up his Gaelic football career in favour of acting.

He told The Sun: ‘Cigarettes are my unhealthy habit, I shouldn’t be smoking, but I enjoy doing it.

‘When the sport stopped I realised I could drink and smoke until my heart’s content. I want to try and stop.’ 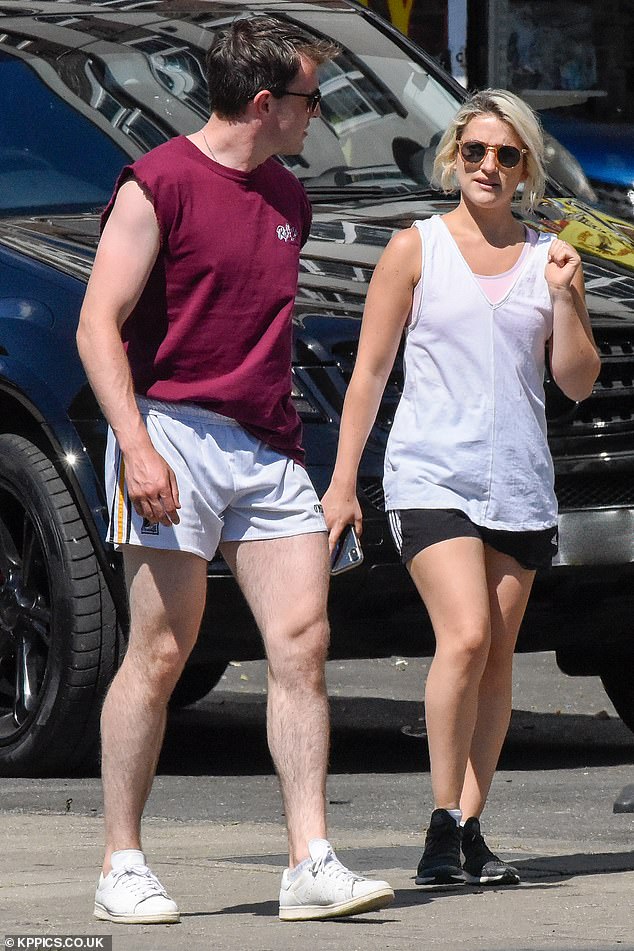 Casual: He rounded out his casual ensemble with stylish sunglasses and a pair of tennis shoes 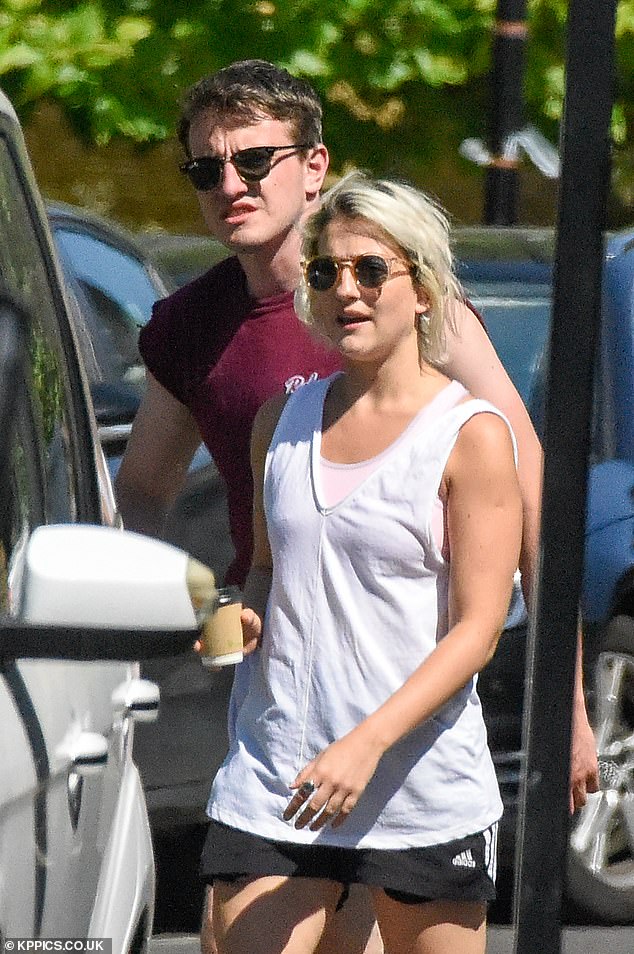 Drink: During their outing, the co-stars made a stop at a local coffee shop for a warm beverage 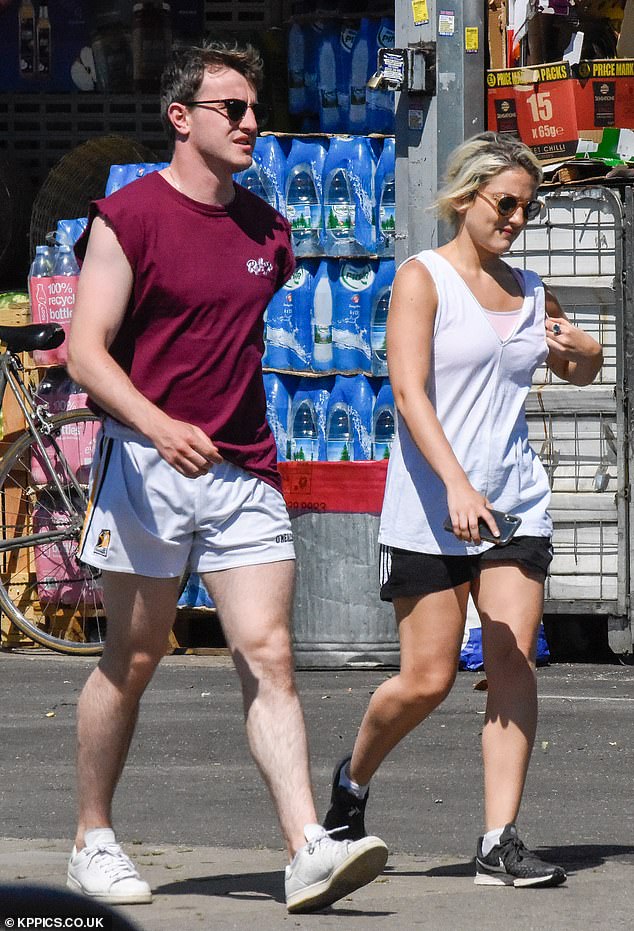 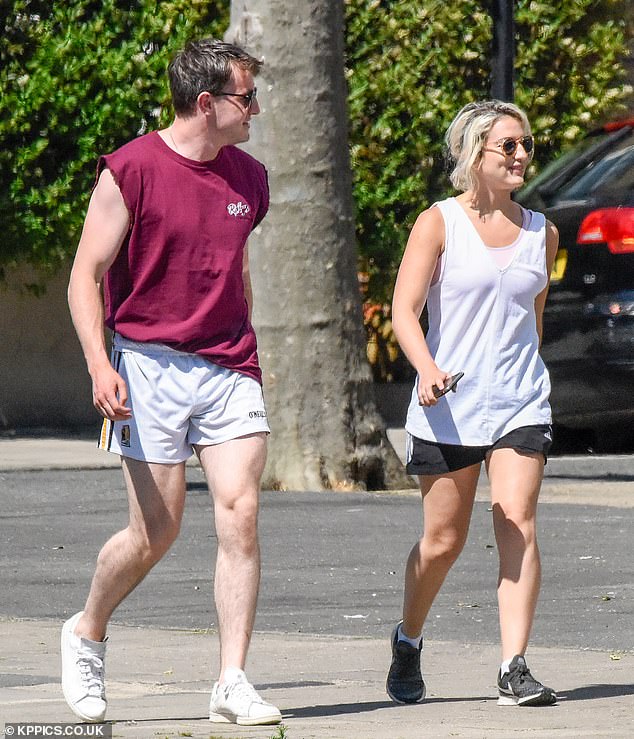 Tresses: Going makeup-free, the blonde beauty tied her flaxen locks back in a relaxed ponytail

Paul’s famous necklace, which he wore on the show, he actually gave to his co-star leading lady Daisy Edgar-Jones, 21, which she unfortunately lost. But Paul has been wearing a new one in photoshoots.

Normal People has been adapted from Sally Rooney’s book of the same name and tells the story of two teenagers in love from two different walks of life.

It’s been watched by almost 30 million people worldwide and Paul and Daisy have been blown away by the success of the series.

In an interview with Elizabeth Day on her How To Fail podcast recently, Daisy opened up on the intimacy between Marianne and Paul’s characters and added that she doesn’t see sex scenes as ‘raunchy’. 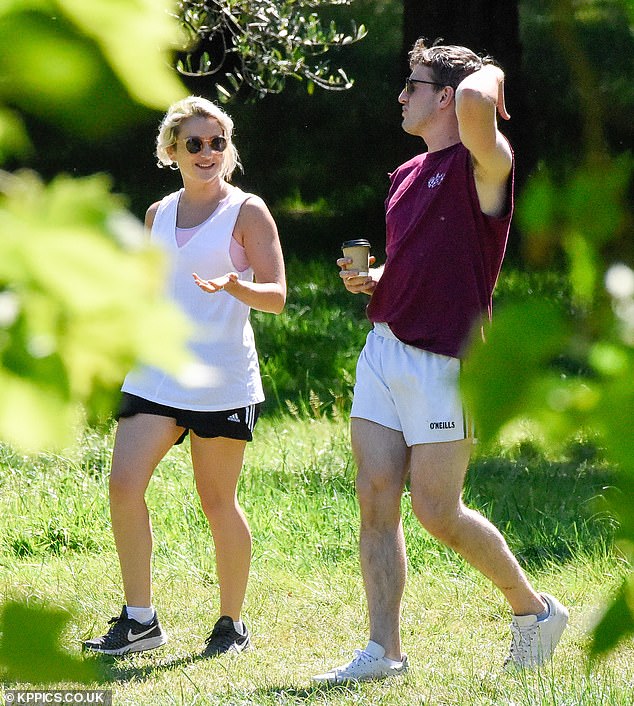 A walk in the park: As their walk continued, the twosome made their way to a leafy local park 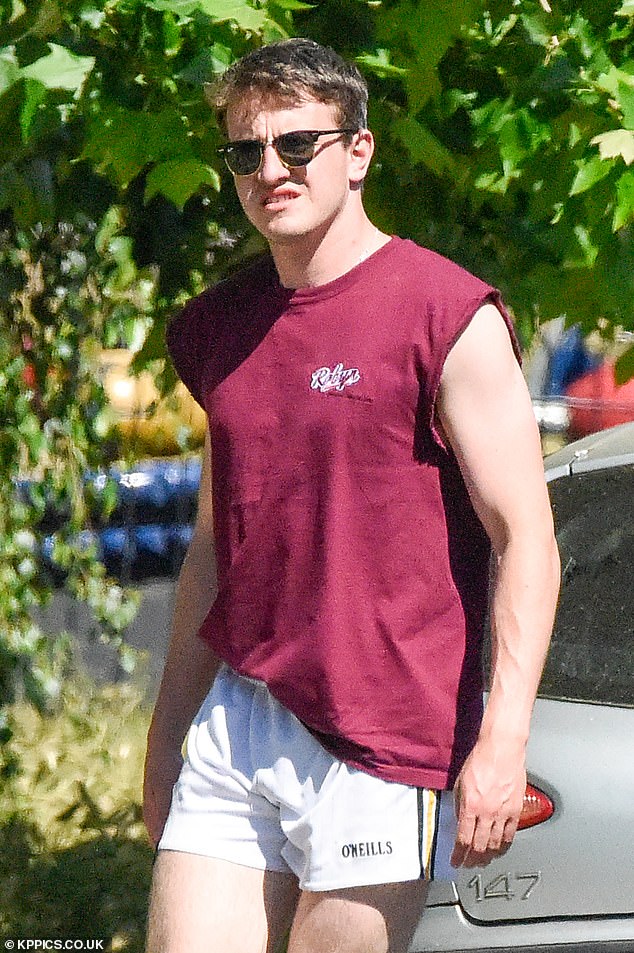 Ensemble: Paul wore his sleeveless top slightly tucked into his shorts as he relaxed in the park 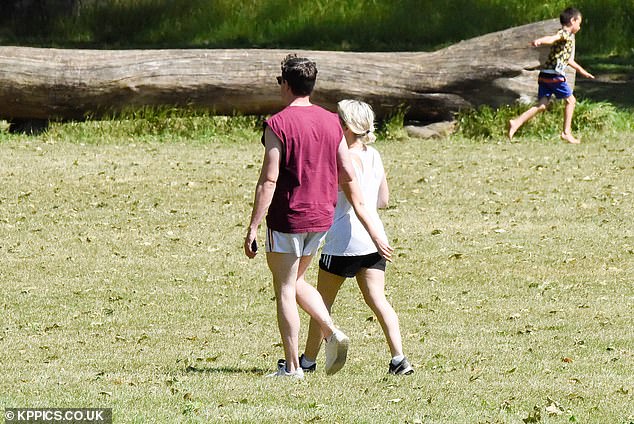 Socially distant: The stars, who are roommates, stayed away from the crowds during their walk

Elizabeth discussed the default ‘male gaze’ on television, adding that it was ‘refreshing’ to see the camera gaze ‘equitably distributed’ between Daisy and Paul.

And Daisy told how the equality between herself and Paul and the way their characters’ intimacy was portrayed was something that she was ‘most proud of’ in Normal People.

She said: ‘That’s one of the things I’m most proud of in the whole series is that sense of equality between Paul and I and is the representation of intimacy between Marianne and Connell.

‘I remember before the show actually aired, I had a few nasty comments on my Instagram because it was talked about a lot that there was to be quite a few raunchy scenes. 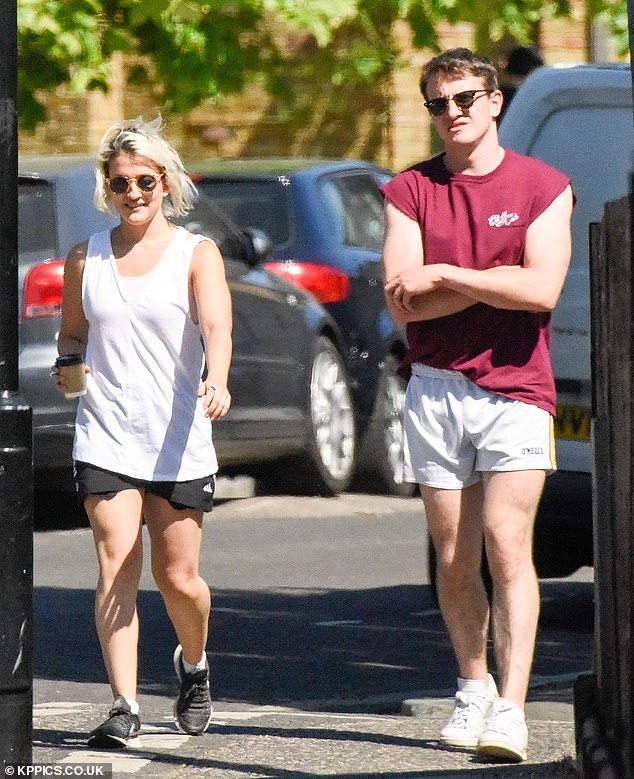 Kicking the habit: Paul recently admitted that he’s struggling to quit smoking having got into the habit after giving up his Gaelic football career in favour of acting 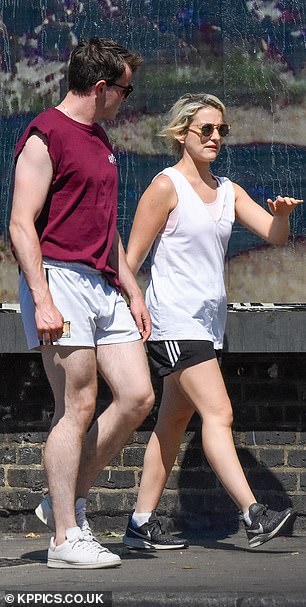 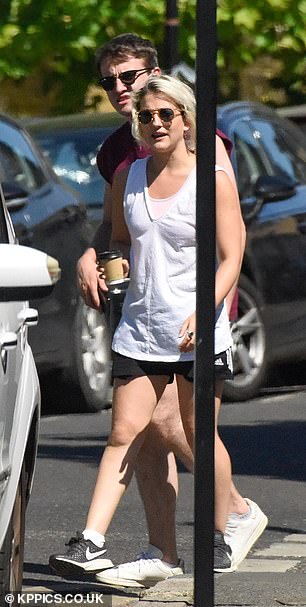 Breaking a long-held habit: Paul recently told The Sun, ‘Cigarettes are my unhealthy habit, I shouldn’t be smoking, but I enjoy doing it’ 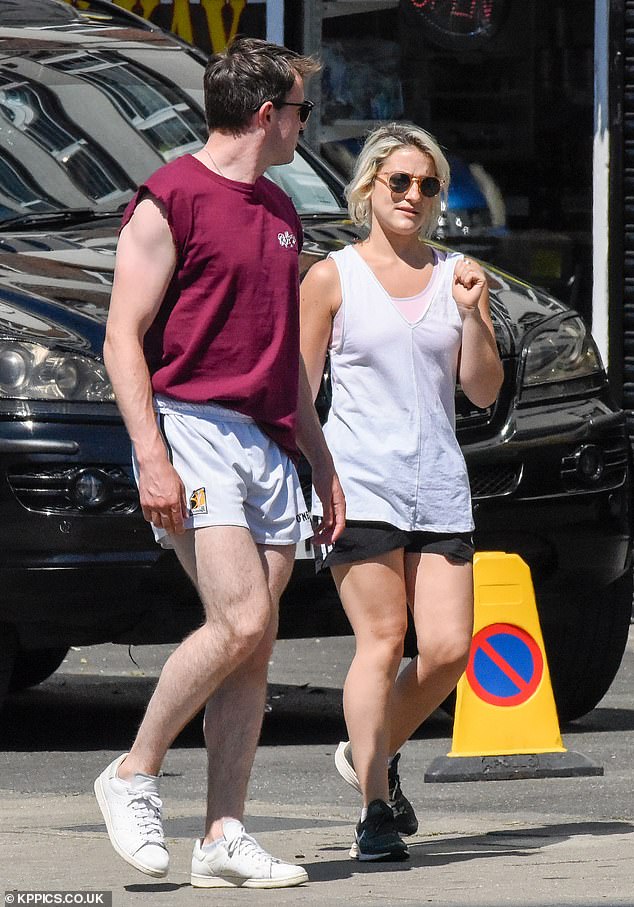 Hit: Since its release, Normal People has been watched by almost 30 million people worldwide 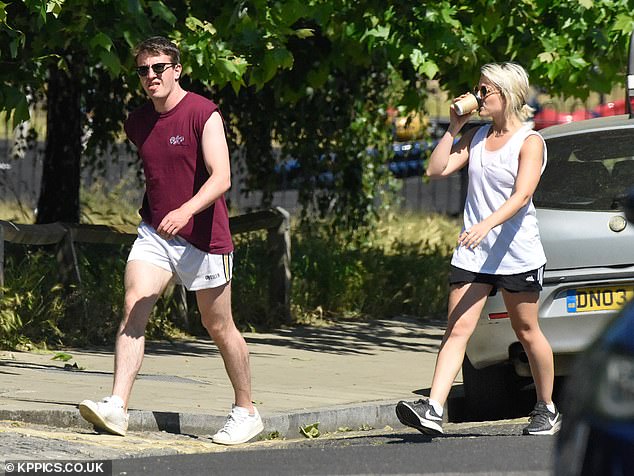 Global stardom: The success of the drama has catapulted all of the stars into global stardom

‘I remember reading that because I thought it was interesting because I don’t really think of those scenes as raunchy or explicit because I really don’t think they are.’

She continued: ‘I remember seeing those comments and thinking, “oh gosh, am I going to get a lot of flack for doing those scenes and for having nudity?” But since the show has come out, I have had nothing.

‘None of my friends have even mentioned the strangeness of watching because I think those scenes are done so beautifully by Lenny (Abrahamson, who directed the first six episodes) and by Hetti (Macdonald) who directed the second block and by all the creatives. I’m so proud of them.’

Watch Normal People on BBC Three, Hulu in the US, or on Stan in Australia. 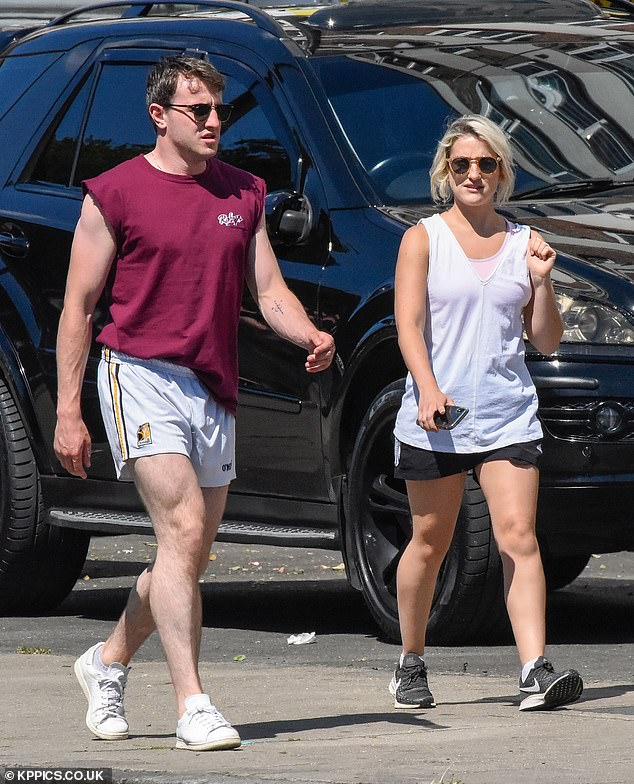 Pal: While they had initially faced rumours of a romance, the pair are believed to be just friends 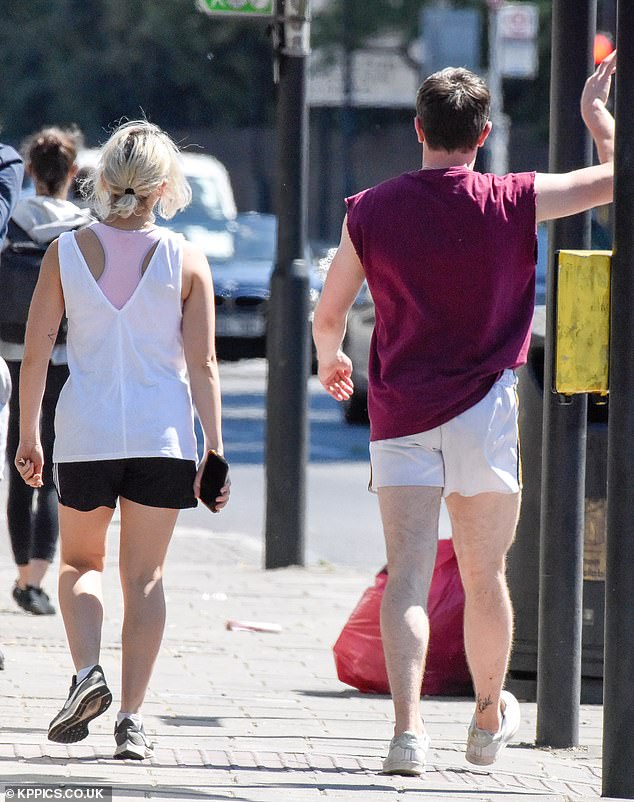 Blending in: Despite their newfound fame, the pair went about their day largely unnoticed 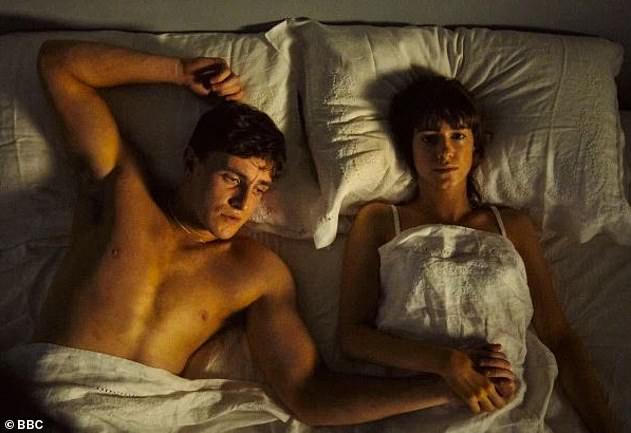 Acclaimed: Normal People has been adapted from Sally Rooney’s book of the same name and tells the story of two teenagers in love from two different walks of life 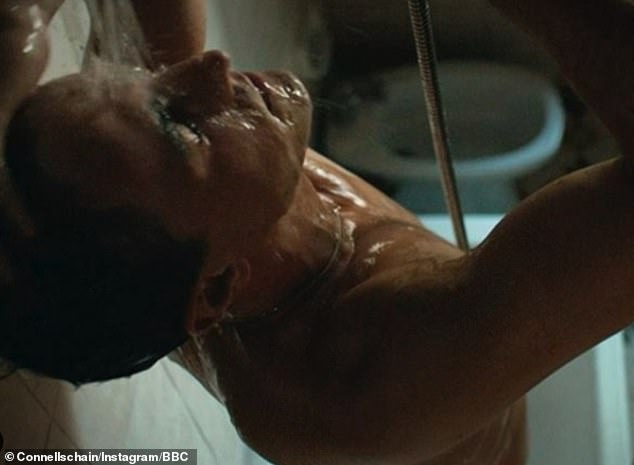 Celebrity status:  Paul’s silver necklace which he wore in the series Normal People has become so popular, the accessory now has its own Instagram page with 173,000 followers