‘I haven’t finished with him yet!’: Noel Gallagher claims he has ‘lost respect’ for Blur frontman Damon Albarn as their feud rages on

Noel Gallagher has addressed his ongoing feud with Blur frontman Damon Albarn, saying: ‘I haven’t finished with him yet’.

The Oasis star, 53, explained he has ‘lost respect’ for Damon, also 53, after the latter ‘taunted’ him and fuelled the iconic Brit-pop bands’ feud by refusing not to book shows in the same town despite fan clashes.

‘I’ve sort of lost respect for them. People say: “It’s all in the past, leave it alone” and I don’t know – no I haven’t finished with him yet,’ the Wonderwall hit-maker said according to The Daily Star. 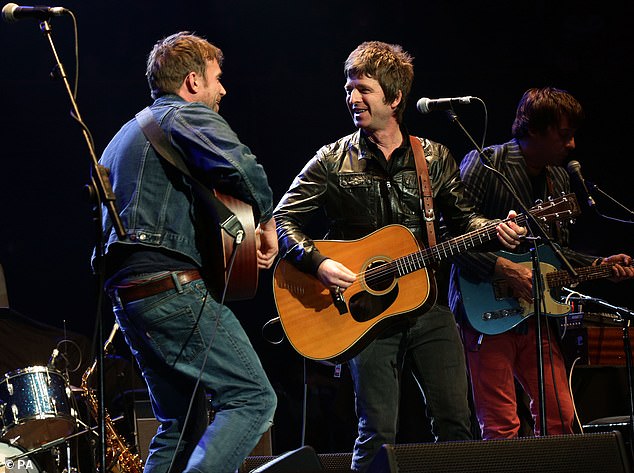 Feud: Noel Gallagher, 53, has addressed his ongoing feud with Blur frontman Damon Albarn, 53, saying: ‘I haven’t finished with him yet’ (pictured on stage together in 2013)

The singer claimed he begged Damon to put an end to hostilities before a Blur fan got ‘his head smashed in with a bottle by one of our fans’.

Noel even revealed that he called Blur’s management at the height of their 1995 chart battle and asked the band not to book shows in the same town as Oasis.

Noel further claimed both Oasis and Blur agreed to call off a gig, but the latter backtracked.

He continued: ‘So we thought “All right, we’ll see who ends up in hospital first with a nervous breakdown you f**king p***e” and that’s been it.’

Noel detailed the infamous Oasis v Blur rivalry in deleted scenes from a Britpop documentary that has been unearthed by fans. 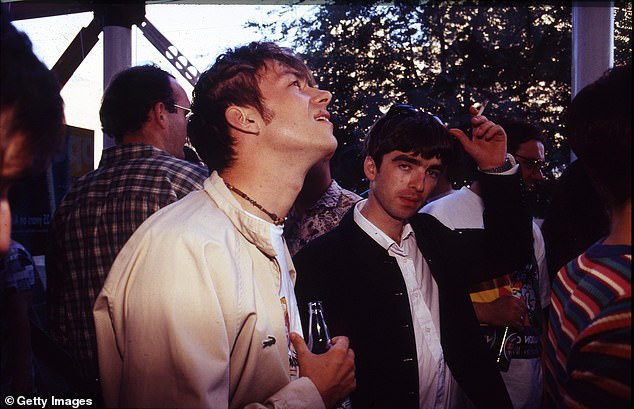 Accusation: The Oasis star said Damon ‘taunted’ him and fuelled the iconic bands’ feud by refusing not to book shows in the same town despite fan clashes (pictured in the 90s)

He also said Blur taunted him and his bandmates by projecting ‘No 1’ near venues Oasis were scheduled to play at to taunt them over their Country House chart win.

Last year Noel said that the bands’ rivalry began after Damon slept with a woman his brother Liam Gallagher, 48 was dating at the time.

According to The Sun, Noel revealed: ‘Liam and Damon were s****ing the same bird and there was a lot of cocaine involved. That’s where the germ of it grew from.’

The businessman said: ‘There was a situation with a girl. That created the Britpop war. Damon s****ed somebody close to Liam. It was one of many women Damon was friendly with.’

He added: ‘Then he got off with her for a one-night stand and that created the rub. They were all goading each other after that.’

Neither Noel or Alan named the woman in question, however fans may speculate it could be Liam’s ex Lisa Moorish.

The former couple, who are parents to 23-year-old daughter Molly, dated in the nineties and there were previously rumours Lisa had a fling with Damon.

Asked about the alleged tryst in 2003, Damon remained coy and said: ‘What can I say? We were all a lot younger and we were having a good time.’

In the new book, Noel revealed the rivalry between the bands reached its height at the NME awards in the 90s.

Noel claimed Oasis swept the awards and were later in a photograph with Blue, with Liam allegedly turning to the group and calling them ‘c***s’.

Noel added that Liam and Damon are both singers and singers are often wired the wrong way.

The hitmaker likened the feud to gangland wars that often start over something small or ridiculous and said the feud between Oasis and Blur was similar. 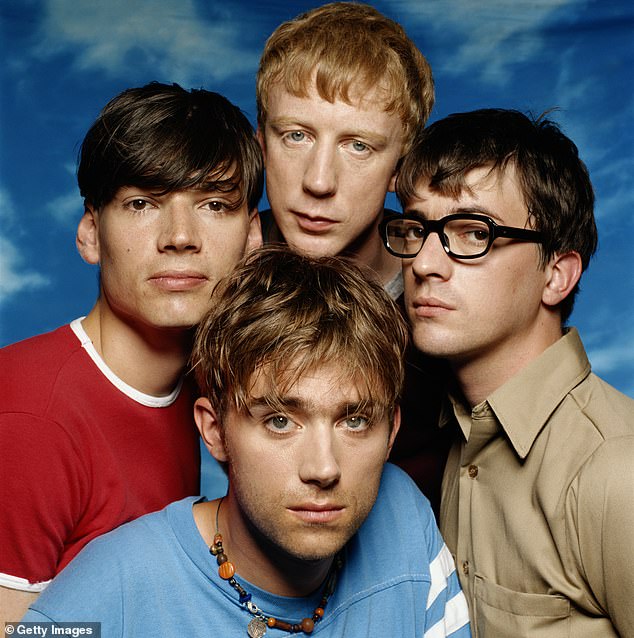 Claims: Noel claimed Oasis swept the awards and were later in a photograph with Blur, with Liam allegedly turning to the group and calling them ‘c***s’ (Blur pictured in the nineties)