She joined the cast of The Real Housewives Of Miami earlier this year.

And Nicole Martin put on a show-stopping display as she soaked up the sunshine on Thursday.

The 37-year-old put her svelte body on display in a sexy bikini that tied around her waist. 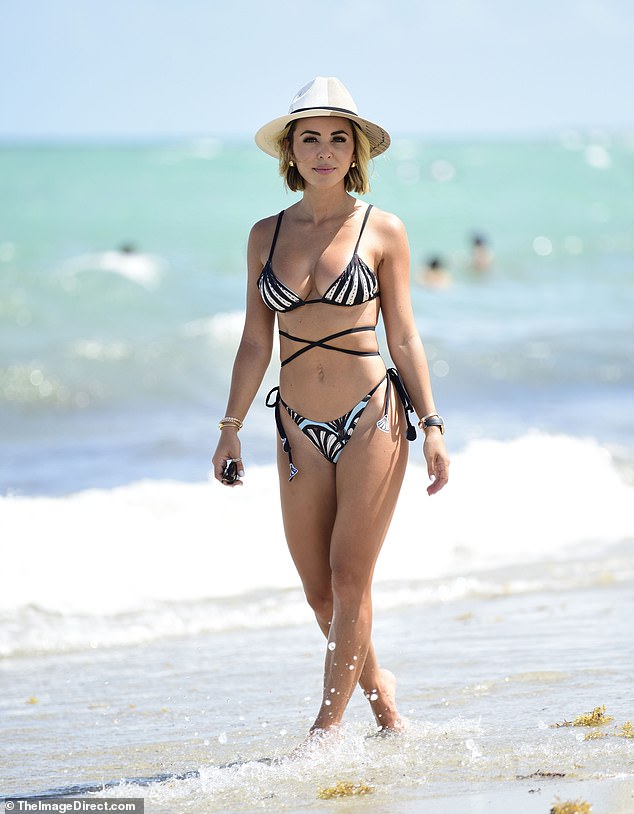 Beach babe! Nicole Martin put on a show-stopping display as she soaked up the sunshine in Miami on Thursday

The string bikini showcased her assets along her her flat tummy and toned legs.

She relaxed by the sea with white wide-brim hat shielding her from the sunrays and a pair of sunnies propped over her stunning eyes.

Her gorgeous complexion was all glammed up with a smoky coat of eye shadow and dash of blush.

The reality star was the picture of relaxation as she walked along the shore with her shades in hand.

Fun in the sun! She relaxed by the sea with white wide-brim hat shielding her from the sunrays and a pair of sunnies propped over her stunning eyes

She appeared to be admiring her scenic surroundings as she walked at a leisurely pace by the waves.

Nicole was among three newcomers joining season four of The Real Housewives Of Miami late last year. She was joined by Guerdy Abraira and Julia Lemigova.

The former Bravo series is finally made its return after eight years off the air in December 2021. 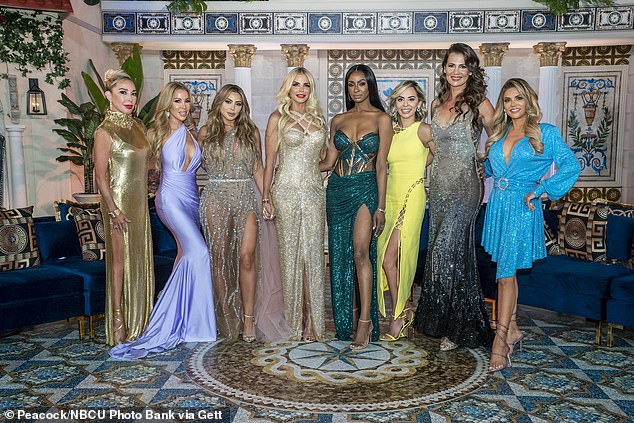 They’re back! The former Bravo series is finally made its return after eight years off the air in December 2021

A few veterans of RHOM also made their return, including Alexia Echevarria, Larsa Pippen, and Lisa Hochstein.

Nicole isn’t the first doctor in the Real Housewives franchise as she joins Tiffany Moon, who is also an anesthesiologist, and Real Housewives of Orange County newcomer Jennifer Armstrong.

Earlier this year, Nicole announced her engagement to her long-time love Anthony Lopez. 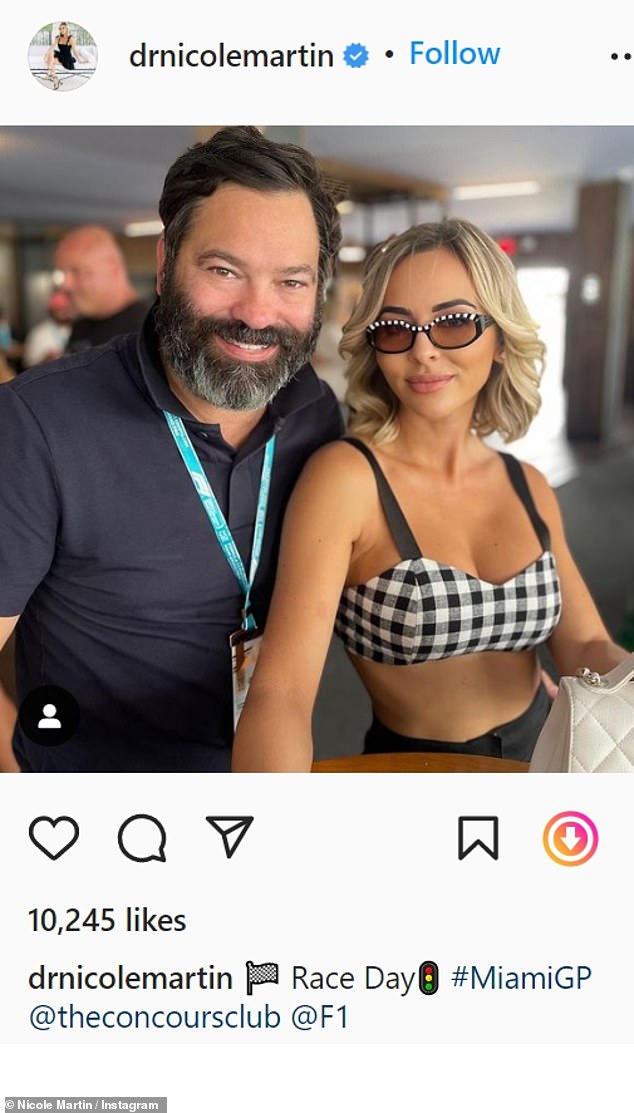 He put a ring on it! Martin announced her engagement to Anthony Lopez earlier this year

At the time, the Real Housewives Of Miami newcomer said the proposal was a ‘total surprise’ on New Year’s Eve.

‘We’ve talked about marriage before. I think we both knew it would happen one day. I just didn’t know that day was coming so soon,’ the mom-of-one said in an interview with People.

The trial lawyer popped the question while the couple was on a family vacation with their son, Greyson, in Aspen.

‘It was simple and private, and nothing short of perfect. It was early morning on New Year’s Eve and we just woke up. We were cuddling in bed, watching the sun start to rise and glisten on the snow,’ Nicole shared

Nicole and Anthony have been together for seven years, when fate brought them together when they were separately visiting Las Vegas in 2015.