Nicole Kidman’s publicist denies claims the actress and husband Keith Urban are flouting the government’s rules as they self-isolate at their $6.5million country estate

Nicole Kidman’s publicist Wendy Day has refuted claims the actress and her family are flouting the government’s strict quarantine rules.

Nicole, 53, and her country music star husband Keith Urban, 52, were granted permission to self-isolate at their $6.5million Southern Highlands estate instead of going through the mandatory hotel quarantine.

‘It’s absolute garbage. She is paying for all her own security and following all the rules, they are in isolation,’ Wendy told SMH’s Private Sydney on the weekend. 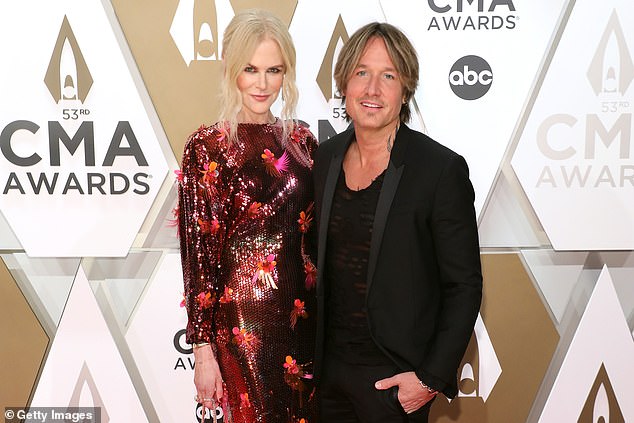 Hitting back! On the weekend, Nicole Kidman’s publicist Wendy Day ‘rubbished’ claims to SMH’s Private Sydney the actress and her husband Keith Urban (both pictured) were flouting the government’s rules as they self-isolate at their $6.5million country estate

Nicole and Keith have divided fans since their arrival in Australia on Monday, after it emerged they’d been granted permission to self-isolate.

And a new poll conducted by Daily Mail Australia shows that the public has very little sympathy for the A-list couple – despite the fact that Nicole is in the country making a TV show that will provide an economic boost to the struggling local film industry.

The Oscar-winning actress was recently given the green light to film her new series, Nine Perfect Strangers, in Australia, and the production is set to create ‘hundreds’ of local jobs when filming commences on August 10. 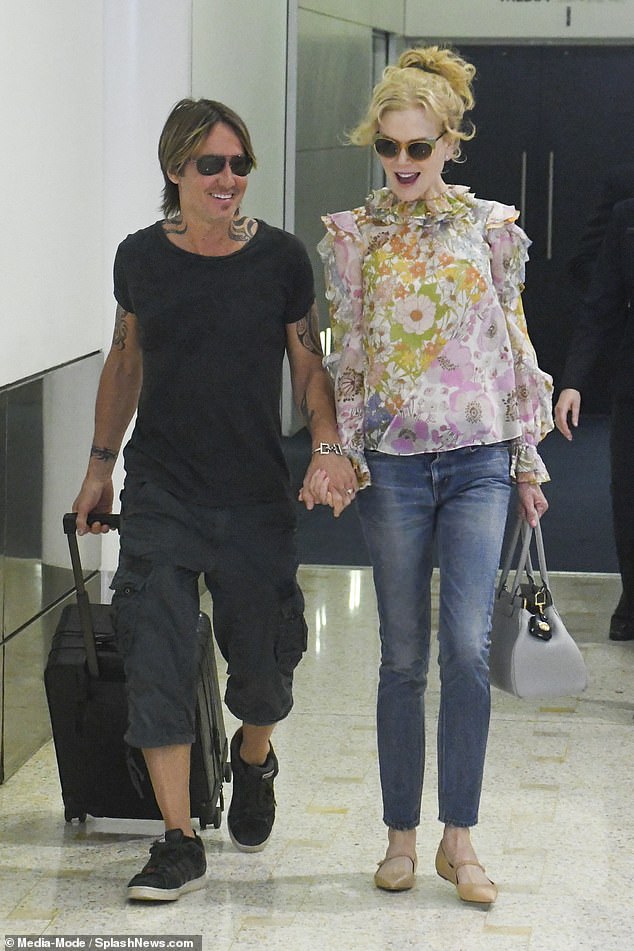 The results are in: Eighty per cent of Daily Mail readers say Nicole and Keith SHOULD have quarantined at a hotel like everyone else – as they self-isolate at their $6.5million country estate. Pictured arriving in Sydney during an earlier visit in December

However, the results of the poll show that only 19 per cent of people support the pair being granted exemption from the strict COVID-19 quarantine rules.

In stark contrast, a whopping 81 per cent of readers said that ‘everyone should be treated the same’ regardless of their celebrity status.

The vast majority were against the Tennessee-based couple and their daughters, Sunday, 12, and Faith, nine, receiving special permission by the New South Wales Government to self-isolate at home, after flying into Australia via private jet. 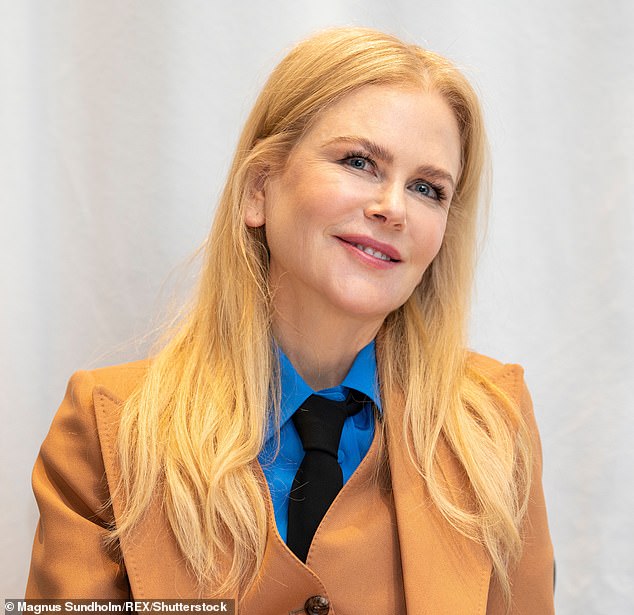 Helping out: The Oscar-winning actress, 53, was recently given the green light to film her new series, Nine Perfect Strangers, in Australia, and the production is set to create ‘hundreds’ of local jobs when filming commences on August 10

Less than a fifth of voters agreed that the family deserved exemption because of Nicole’s plans to help the local film industry during the economic downturn.

After news of their exemption made headlines, some Australians angrily suggested that COVID-19 travel restrictions only seem to affect ordinary people, not the rich and famous.

One fan fumed on social media: ‘This is SO wrong! First, bloody Dannii Minogue and now these two. Completely unfair and wrong!

‘If we all have to do it and no one is getting exemptions then EVERYONE should have to do it! And they wonder why people start breaking the rules.’

Another wrote: ‘Two different sets of laws: one for the rich and powerful and one for the ordinary person.’ 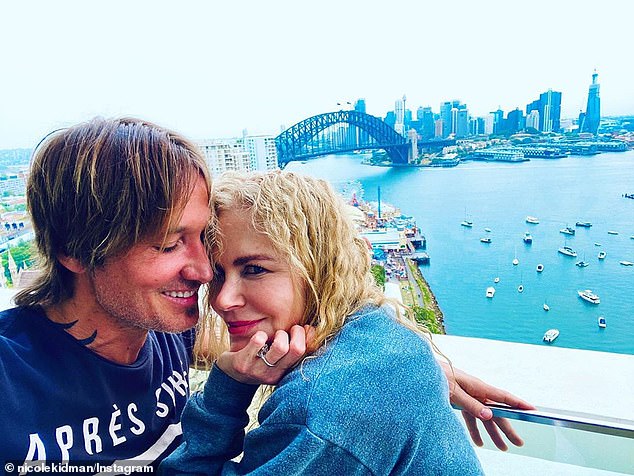 Not happy: However, the results of Daily Mail Australia’s poll show that only 19 per cent of people support the pair being granted exemption from the strict COVID-19 quarantine rules

However, many others pointed out that they didn’t see a problem with it if the pair stayed at home for two weeks.

One supporter wrote: ‘This is right decision. They have their own property, why not? They both deserve a little credit for promoting Australia every day… Welcome home.’

Another added: ‘Why is everyone carrying on? They are isolating at home, just not at a hotel. So what if they are stars? They still have to isolate away from everyone.’

A similar comment read: ‘I don’t see why people are tripping out. As long as they quarantine, what and where does it matter the place they do it?’

Nicole and Keith have been allowed to self-isolate at home instead of staying at a state-approved hotel for two weeks, which is what the vast majority of international arrivals must do amid the coronavirus pandemic.

According to the NSW Government website, people returning from overseas are only exempt from staying at a quarantine hotel if there are ‘strong medical, health or compassionate grounds’. 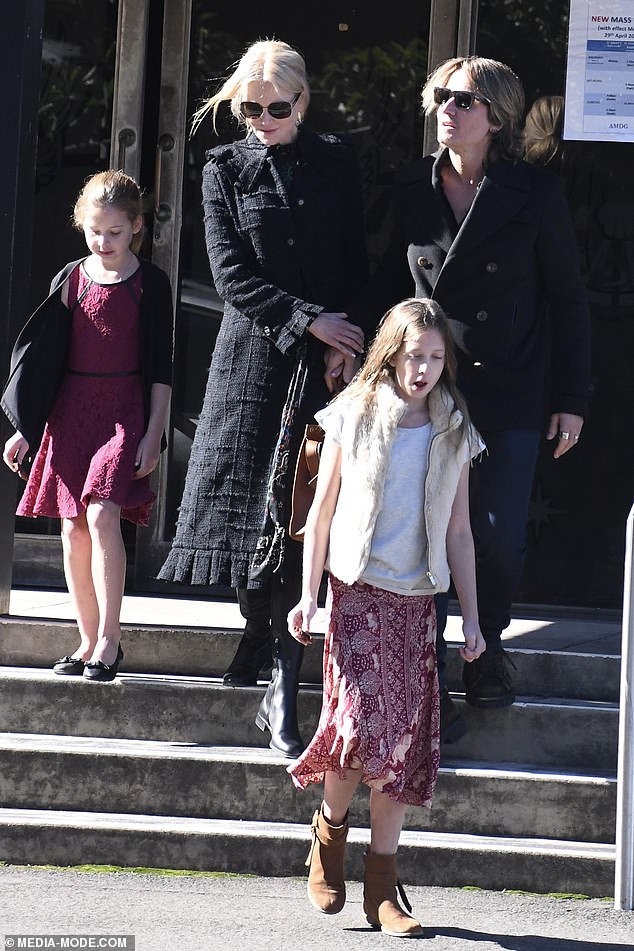 The couple’s arrival Down Under comes after Nicole was given the green light to film her new TV series, Nine Perfect Strangers, in Australia.

The production, based on the 2018 novel by Liane Moriarty, will reportedly inject $100million into the struggling local film industry by creating hundreds of jobs.

Strict COVID-19 restrictions are in place, according to local news reports, and production is based out of Nicole and Keith’s Southern Highlands home.

Cast and crew members flying from overseas or interstate will be made to quarantine in a hotel for 14 days upon their arrival in NSW.

Nicole and her fellow producers will also be responsible for paying all medical and security costs.

Nicole will also star in the show with the likes of Melissa McCarthy, Luke Evans and Manny Jacinto. 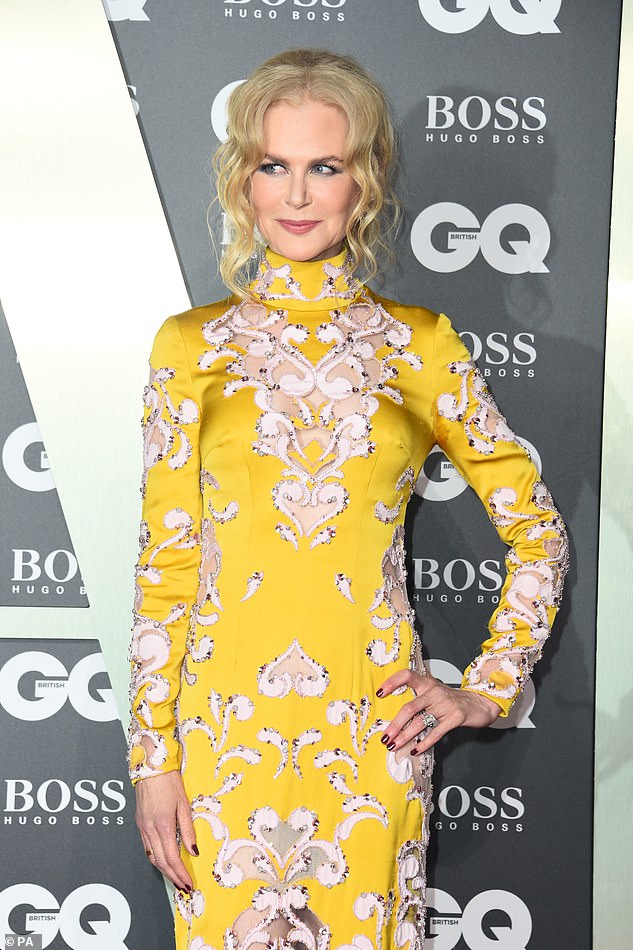 Commitments: The couple’s arrival Down Under comes after Nicole was given the green light to film her new TV series, Nine Perfect Strangers, in Australia. Pictured in September 2019

Speaking to The Daily Telegraph on Sunday, the acclaimed actress said she was ‘thrilled’ to be able to inject new life into the local film industry.

‘It is a great opportunity for me to give back to the community that nurtured me through so much of my career,’ she said.

The series will tell the story of nine stressed-out urbanites who escape to a wellness retreat run by Nicole’s character.

Filming will begin on August 10 and will run for 19 weeks. 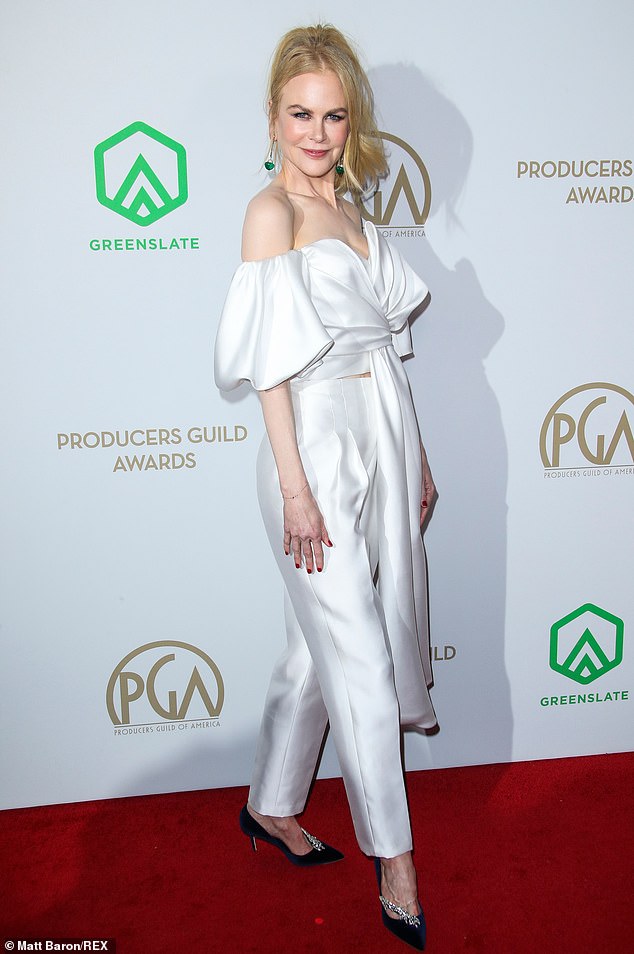 ‘Great opportunity’: Speaking to The Daily Telegraph on Sunday, the acclaimed actress said she was ‘thrilled’ to be able to inject new life into the local film industry