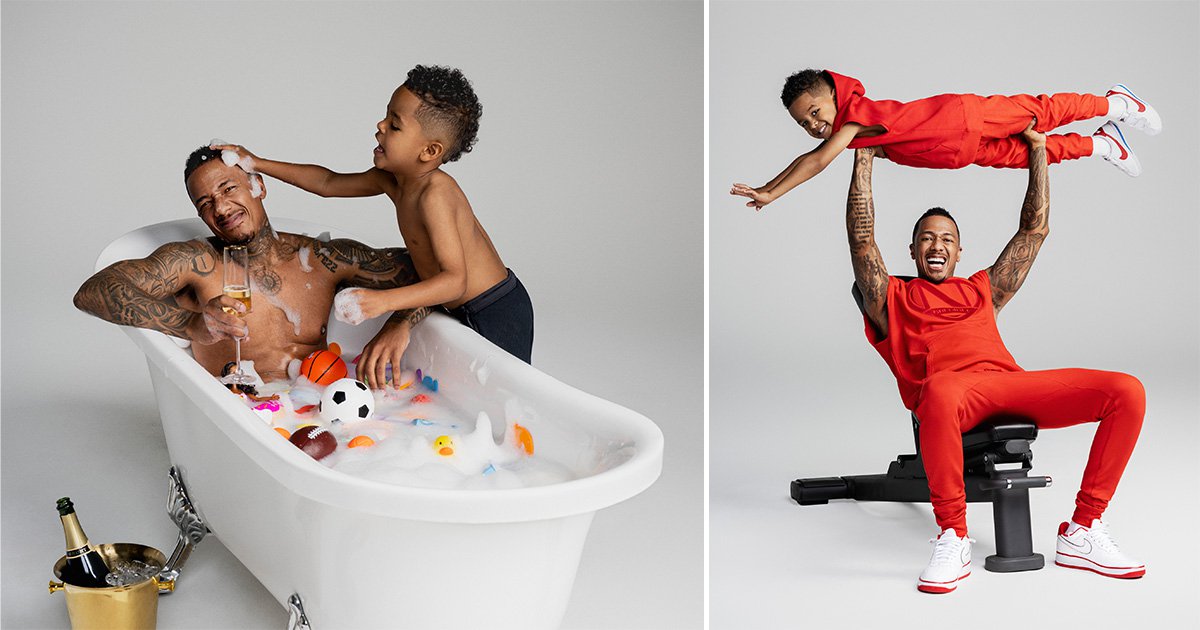 Nick Cannon has lifted the lid on fatherhood, insisting that he is ‘very involved’ in the lives of all his children.

The 41-year-old is set to welcome his eighth child, his first with Bre Tiesi, very soon, after revealing her pregnancy at the beginning of the year.

He is also dad to twins Moroccan and Monroe, who he shares with ex-wife Mariah Carey, Golden and Powerful Queen with Brittany Bell, and he welcomed twins Zion and Zillion with Abby De La Rosa last year.

Alyssa Scott gave birth to Zen, his seventh child, last summer, but tragedy struck when he died of a brain tumor in December, at five months old.

In a new interview, he spoke of his growing brood, sharing how much he makes sure that they are all looked after.

‘Contrary to popular belief, I’m probably engaged throughout my children’s day, more often than the average adult can be,’ he said. ‘If I’m not physically in the same city with my kids, I’m talking to them before they go to school via FaceTime and stuff.

‘And then when I am [in the same city] I’m driving my kids to school, like making sure I pick ’em up. All of those things, making sure [I’m there for] all extracurricular activities. I’m involved in everything from coaching to having guitar lessons with my daughter every week.

‘I’ve seen where people believe a traditional household works, and [yet] there’s a lot of toxicity in that setting. It’s not about what society deems is right. It’s like, what makes it right for you? What brings your happiness? What allows you to have joy and how you define family? We all define family in so many different ways.’

Nick also shared that he often reaches out to fellow famous dads to discuss fatherhood, revealing that he has a great group around him.

‘Kevin Hart’s my best friend, and he’s the one I’m always talking to. We talk about fatherhood quite a bit,’ he added to Men’s Health – and was joined two of his brood for the photoshoot. ‘We were on Real Husbands of Hollywood and put ourselves into fictitious scenarios. Robin Thicke is an awesome dad. Even Ken Jeong. We talk about fatherhood, the silliness of it all.’

The Wild ‘N Out host has often spoken publicly about the huge amount of love he shares for all of his children, and how much he has grown into being a dad.

However, he recently confirmed that he had taken steps towards getting a vasectomy, ahead of the arrival of baby number eight.

‘I already went and got my vasectomy consultation,’ he told E! News. ‘I ain’t looking to populate the Earth completely, but I’m definitely looking forward to taking care and loving all the children that I currently have.

‘I don’t know if I would’ve designed it this way, but it’s one of those things when you’re blessed with the gifts of children – and as we all know, I’ve been through so much, I find solace, I find peace in my children and I find purpose.