She lost her husband Gregg Leakes in early September following a bout with cancer.

But NeNe Leakes appeared to be moving on and searching for romance again after she was spotted with a new boyfriend at her 54th birthday party in Atlanta on Tuesday.

Sources told TMZ on Wednesday that the former Real Housewives Of Atlanta star was dating the sharply dressed man she was pictured standing with in photos from the evening that were snapped by photographer FreddyO. 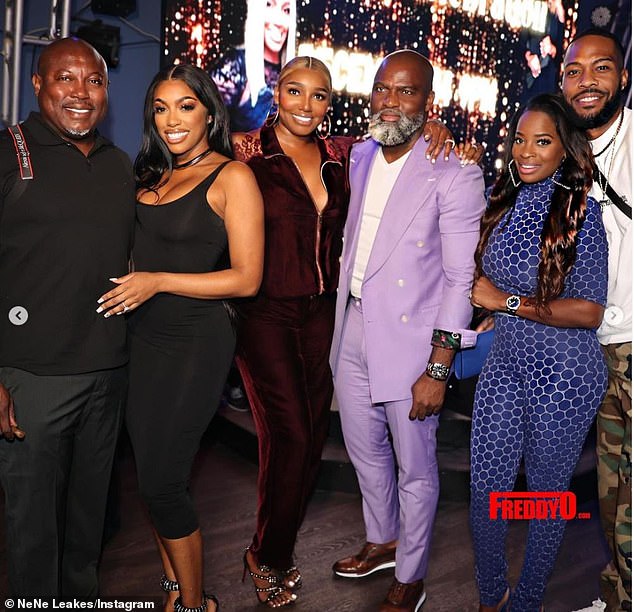 New man: NeNe Leakes was spotted on Tuesday at her surprise birthday party in Atlanta with Nyonisela Sioh (center right), whom she’s now dating, according to TMZ

Leakes was seen in several images with her arm wrapped around Nyonisela Sioh, a businessman and tailor.

Sioh showed off his sartorial flair with a striking lavender suit with a double-breasted jacket featuring peaked lapels, which he paired with a white V-neck T-shirt and casual brown shoes.

According to the sources close to the two, Sioh owns a suit company located in Charlotte, North Carolina.

Although NeNe doesn’t appear to have publicly announced their relationship, she wasn’t afraid to promote Nyonisela on Instagram. On Wednesday, she posted about his upcoming trip to Miami for private tailoring sessions. 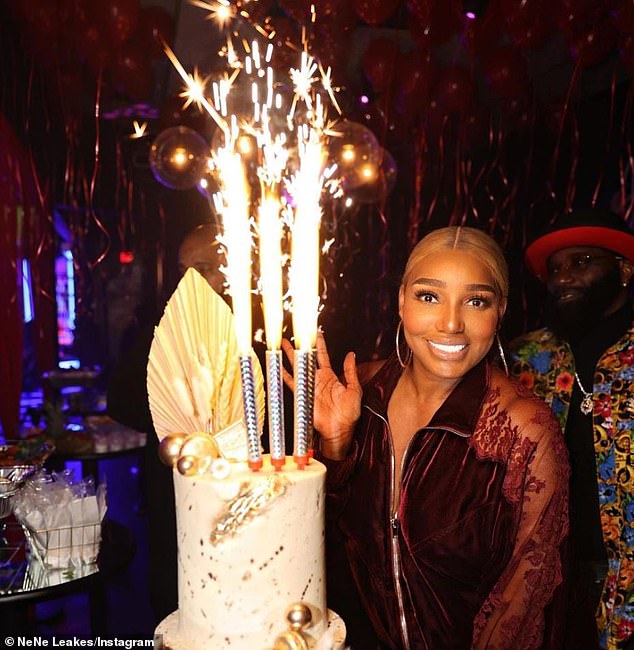 Big night: The former Real Housewives Of Atlanta star celebrated turning 54 with some of her former costars 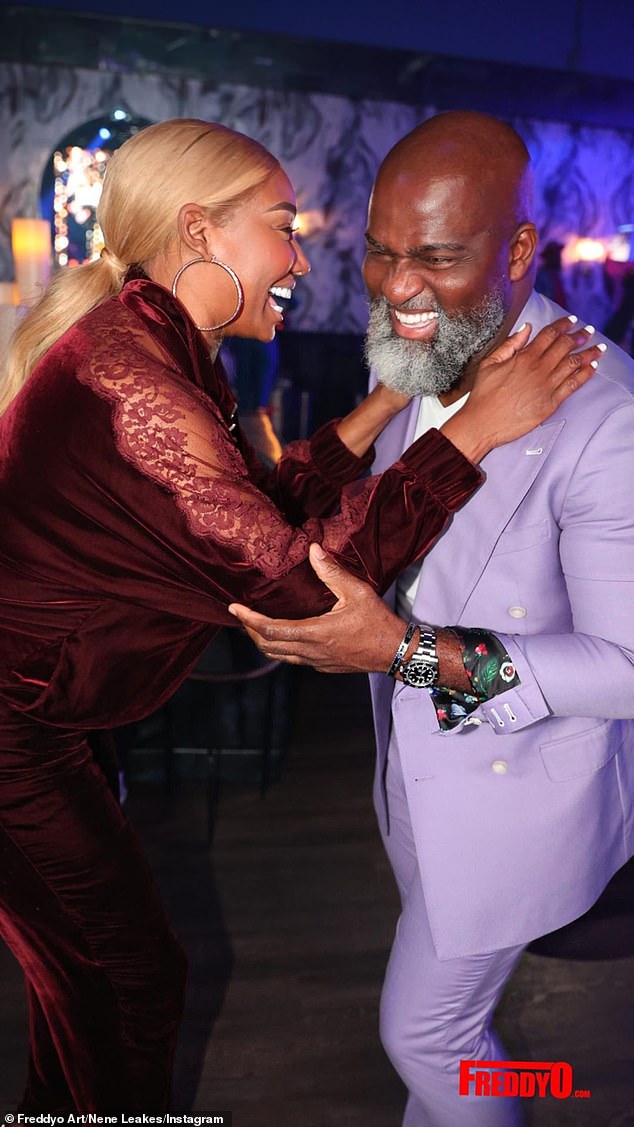 In a relationship: She didn’t mention Sioh, but sources tell the publication that the two are now dating 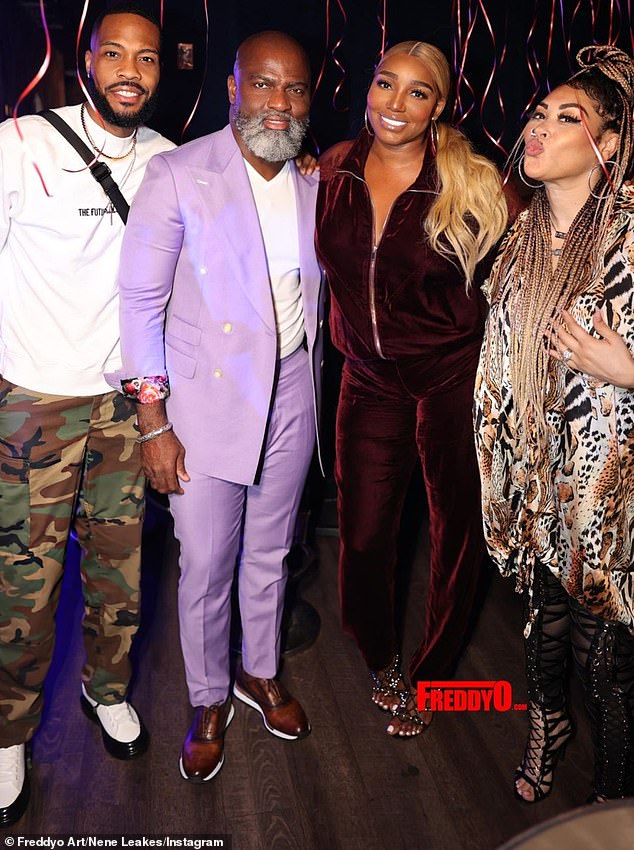 Fashion expert: Sioh is a businessman and tailor who hails from Liberia and owns a suit company based in Charlotte, North Carolina; seen with KeKe Wyatt (R) 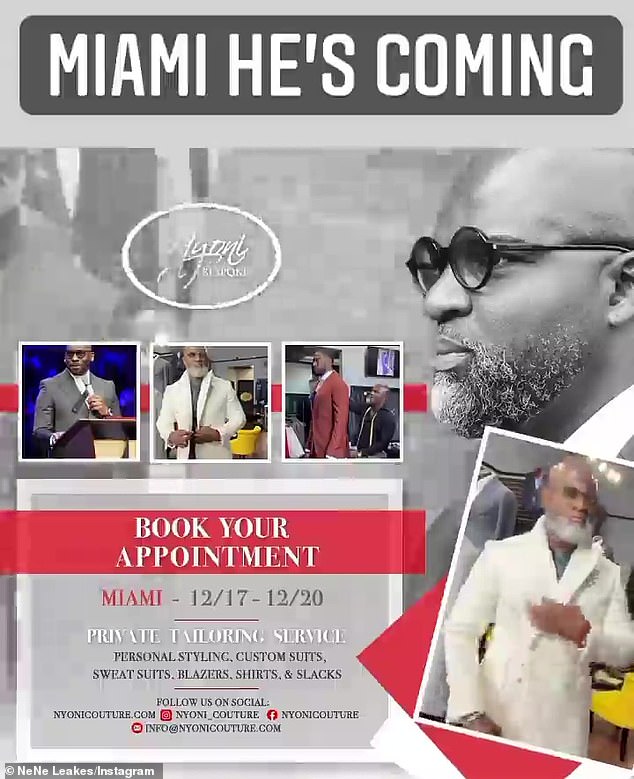 The sources said that Sioh hailed from Liberia before coming to the United States.

They claimed that it was Cynthia Bailey’s ex-husband Peter Thomas who first introduced NeNe to her new man.

Notably, NeNe lashed out at her former costar Bailey back in October during an interview on Atlanta’s V103 after she skipped her late husband Gregg’s funeral services.

[Cynthia] didn’t even come to the repast,’ the reality star said. ‘She did come like a week later after everything was done. She came by my lounge. It’s really hard to explain Housewives. It’s almost like a dysfunctional family. But they all reached out and sent flowers or something.’

She also complained during the interview that her former RHOA costars went in together on a single set of flowers instead of sending her individual bouquets. 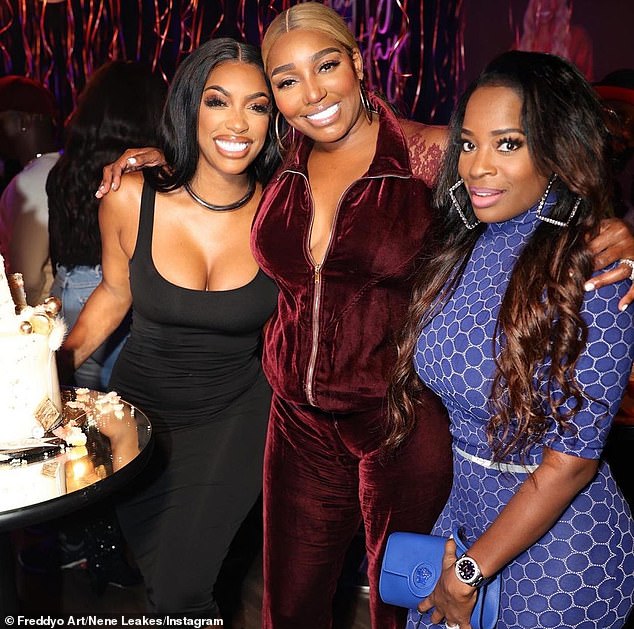 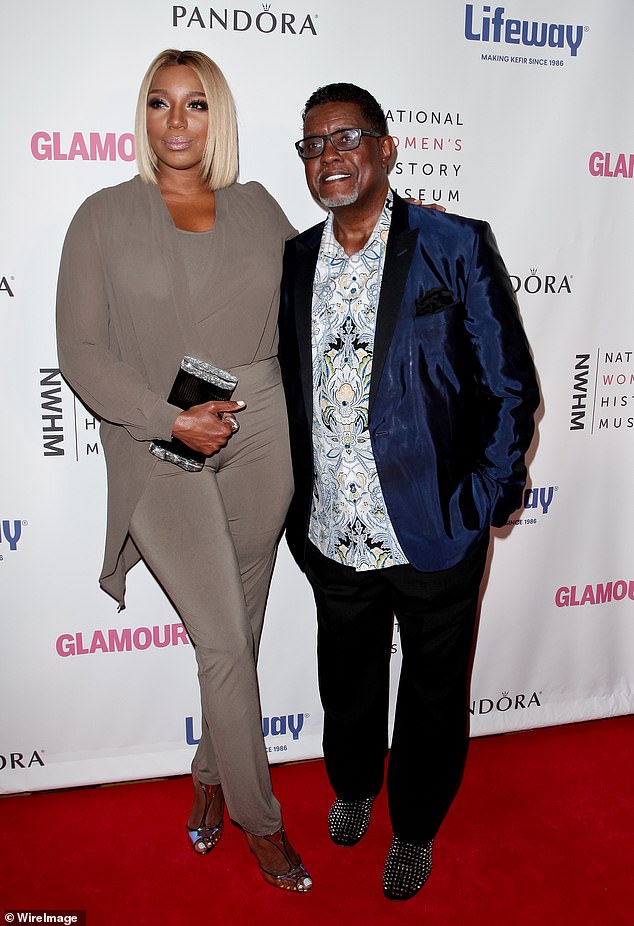 Moving on: NeNe appears to be dating again just three months after her husband Gregg Leakes’ death from colon cancer at age 66; seen in 2016 in Beverly Hills

At her birthday celebration, NeNe was seen hanging out with her former colleagues Porsha Williams and Shamea Morton, along with the singer KeKe Wyatt.

She revealed on Instagram that the whole party was a surprise thrown by her son Brentt Leakes.

‘This year i didn’t want to celebrate my birthday in a big way! I just wanted to chill wit a few love ones but my fam would NOT let it be that way! My son decided to throw me a surprise birthday party!’ NeNe wrote in her caption.

‘This is the first party he has ever thrown me! He did so GOOD! Love you @kingbrentt Not to mention, this is the 3rd gathering I’ve had this week. I love all of y’all for loving me and making sure am good during this time❤️.’

Although it’s not known exactly when the RHOA star and Sioh began dating, their relationship was revealed fairly soon after her husband’s death.

Gregg Leakes died on September 1 at the age of 66 following a years-long struggle with colon cancer.