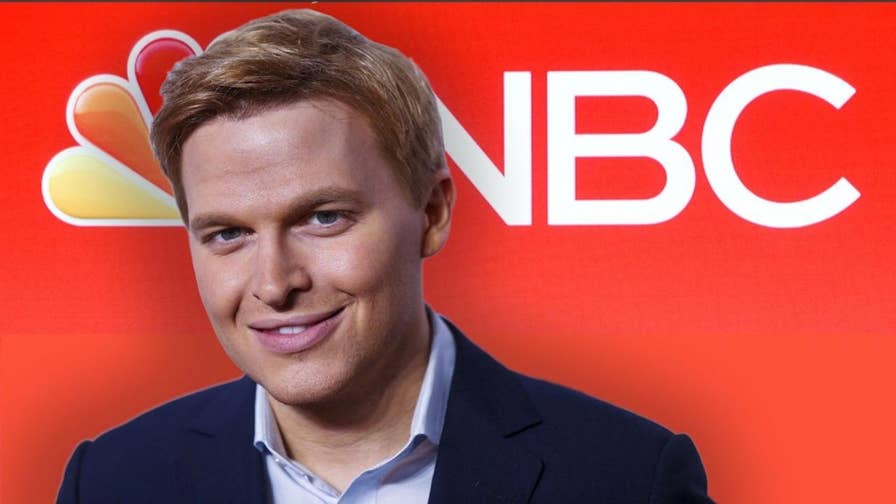 NBC News is slamming reports that it sent its top lawyer to threaten Ronan Farrow after he wanted to publish an expose against now-disgraced movie mogul Harvey Weinstein.

A bombshell report from the Daily Beast on Thursday claimed that NBC News general counsel Susan Weiner made phone calls to Farrow in which she threatened to "smear" him if he continued to report on Weinstein after the network spiked the story.

The Daily Beast further reported that one of Weinstein’s attorneys threatened Farrow by stating that NBC News had assured the attorney in writing that Farrow would not use any information he obtained about Weinstein while reporting the story for the network.

NBC called the report "malicious distortion" in a statement to Fox News.

"Susan Weiner has been a champion of journalists and defender of the First Amendment in newsrooms for over thirty years. The anonymous and untrue attack against her is just one of the many falsehoods circulating around this story," the statement began.

"Weiner never made any threats against Ronan Farrow. Weeks after Farrow left NBC News and went to work for The New Yorker, Weiner spoke to him one time for one specific reason – because the NBC legal department continued to field inquiries about Farrow’s outreach to sources. Weiner reminded Farrow that as he continued his reporting on behalf of a separate news organization he should no longer represent himself as working on behalf of NBC News. She made no threats and the characterization of that conversation in The Daily Beast is a malicious distortion."

NBC’s latest statement comes one day after it was forced to defend itself after a former NBC producer who was working with Farrow on the reporter’s investigation of alleged sexual misconduct by Weinstein claimed that an order to stop pursuing the bombshell story came from "the very highest levels at NBC."

Farrow ultimately won a Pulitzer Prize for his reports on sexual misconduct by Weinstein and other powerful men, which ultimately saw the light of day as a series of articles in The New Yorker. He left NBC months ago.