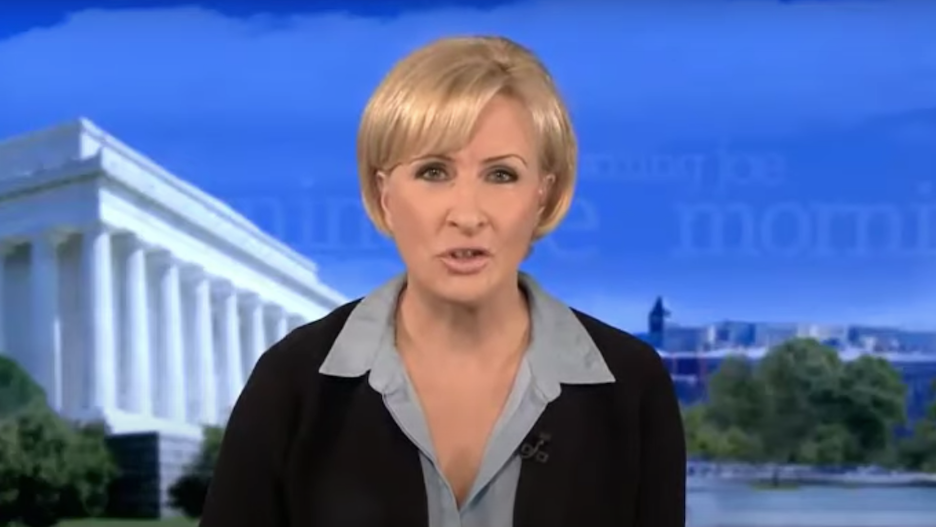 House Minority Leader Kevin McCarthy was slammed by “Morning Joe” commentators Monday after making a “joke” at a weekend fundraiser that it would be “hard not to hit” Nancy Pelosi with the Speaker of the House’s gavel if Republicans take control of the House of Representatives in next year’s midterm elections.

“A spokesman for McCarthy says was was, quote, obviously joking, but House Democrats are calling on him to apologize,” “Morning Joe” co-host Mika Brzezinski said during Monday’s show, before saying the McCarthy’s comments “sounded so Trumpy.”

Journalist Alexi McCammond agreed, adding that, according to the Washington Post, 700 Republican candidates have declared their intention to run for some kind of office, and “over 200 of them, Mika, believe in this idea and conspiracy theory that the 2020 election was rigged and stolen from Donald Trump. So that just gives you a glimpse of how the party will continue to be the party of Trump.” 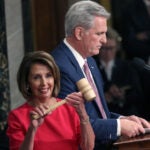 “Jokes about hitting women are not funny, period,” journalist Jonathan Lemire said to McCammond and Brzezinski. “And it’s amazing we have to say that this morning. But it also goes to just further poisoning the well there and the relations between the two parties on Capitol Hill. We just, a week or so ago, we’ve had all of this tension between Republicans and Democrats in the House about the mask mandate. We’ve heard Kevin McCarthy fight back against that. We have saw that Speaker Pelosi called him a moron as she stepped into a car because of his opposition to science.”

Lemire pointed out “it was only six or so months ago, in a building not far from where I’m sitting right now, where a bunch of Trump-loving rioters stormed the Capitol saying they were going to hurt, if not kill, Speaker Pelosi.”

“So to have now, Kevin McCarthy make a, quote, joke about violence towards her is just seemingly inappropriate and takes us to an even further place Trump-ification of the Republican party.”