‘These are dead fingers pointing up into the sky’: Miriam Margolyes says she’s ‘angry about the massive skyscrapers’ as she finally visits the Gold Coast… after she described Australia as ‘brutal’ and ‘greedy’

The Harry Potter star, 79, described the city as ‘greedy’ and said she felt ‘angry about the massive skyscrapers’.

While driving into the city Miriam said: ‘I’m coming in to what I can see as massive skyscrapers. I feel angry about it because they are spoiling with these great structures. 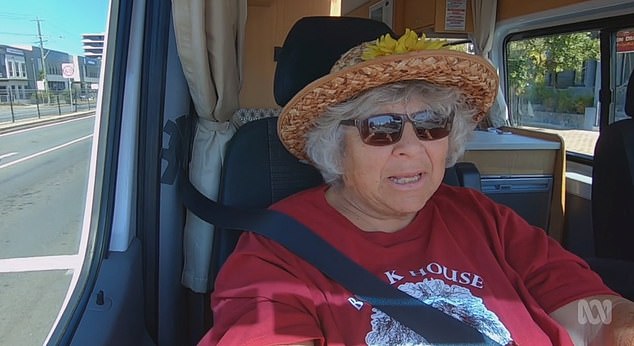 ‘These are dead fingers pointing up into the sky’: Miriam Margolyes (pictured) said she’s ‘angry about the massive skyscrapers’ as she finally visited the Gold Coast on Tuesday

‘These are dead, white, greedy fingers pointing up into the sky,’ she added.

Miriam, who travelled more than 10,000km around the country over two months for her documentary series, said the change she’s seen since she first started coming to Australia in the 1980s is ‘mind-blowing’.

It comes after the star told TV Tonight that she was horrified by the ‘brutality’ and ‘greed’ of modern Australia – and later declared in an interview with The New Daily that she wouldn’t be making any apologies for her remarks.

‘We think we know what [Australia is] like, but we don’t. It’s quite complicated. It’s layered. Lots of things happen. I do think I was right that it’s harsher than it was. Maybe that’s true in the world,’ she told TV Tonight. 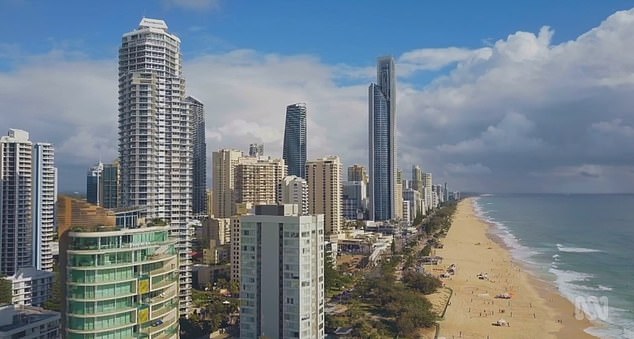 Criticism: The Harry Potter star described the city as ‘greedy’ and said she felt ‘angry about the massive skyscrapers’ during her ABC documentary series, Almost Australian

‘There’s a harshness about it, which I didn’t expect.’

She said the most confronting part of the documentary was having to visit Surfers Paradise, a highly developed stretch of coastline on the Gold Coast, popular with holidaymakers.

‘There is a brutality there and a greed in Australia, which I don’t like,’ she said.

‘You know, the developers. Those horrible structures along the coast, that people should be ashamed of living in. Surfers Paradise, it’s disgusting. I think that actually shocked me because I don’t go there. It’s not my world and I don’t want to go there.’

‘Put your claws back in Miriam’: This comes after defensive Aussies slammed the British-born actress for comments she made about her adopted country

Defensive Aussies slammed the British-born actress for comments she made about her adopted country.

Many suggested that Miriam could always go back to the UK in scathing comments on Facebook.

‘Put your claws back in Miriam and be thankful for the surroundings of where you are living. If you are so incensed with Aussies, simply pack your bags and head back to England,’ one commenter wrote.

‘One simple solution f**k off out of Australia. This country has a lot to offer. Get rid of you and that means some other deserving human might take your place. I sincerely hope you are pressured to leave,’ another added.

‘Nobody is forcing you to stay here!’ one person wrote, while another added, ‘Nobody is perfect Miriam… and no country is perfect either. We all know that.’ 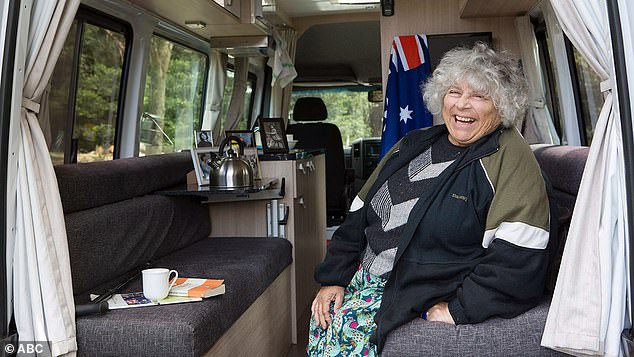 Adventure: Miriam travelled more than 10,000km around the country over two months for her ABC documentary series