EXCLUSIVE ‘It has definitely made sex feel different’: Michelle Heaton reveals how she’s found new confidence in the bedroom after curing ’embarrassing’ incontinence

Michelle Heaton has revealed she’s found a new confidence in the bedroom after curing her ’embarrassing’ incontinence.

The former Liberty X singer, 40, said the way she embraces sex has improved after her long-running battle with the medical condition left her feeling ‘vulnerable.’

Mum-of-two Michelle told MailOnline she suffered from a ‘lack of feeling’ during intercourse following the birth of her children Faith, eight, and AJ, six, and having a hysterectomy at 35. 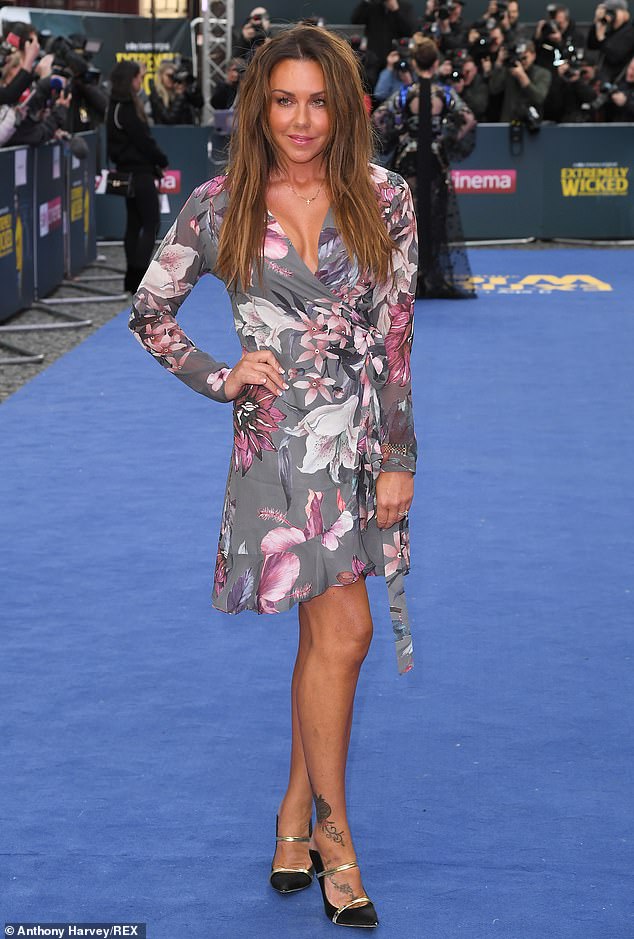 ‘Incontinence was a massive thing for me’: Michelle Heaton has revealed she’s found a new confidence in the bedroom after curing her ’embarrassing’ incontinence

Michelle, who credits her new confidence in the bedroom with husband Hugh Hanley to Silk’n Tightra’s home vaginal rejuvenation device, said: ‘Lets say why wouldn’t it improve my sex life?

‘It has definitely made sex feel different which is the easiest way to say it. It’s not about when you want it it’s about how it feels.

‘Following the birth of my children and the hysterectomy, incontinence and lack of feeling and so on has been something that is very prominent in my life.

‘Trust me incontinence was a massive thing for me. 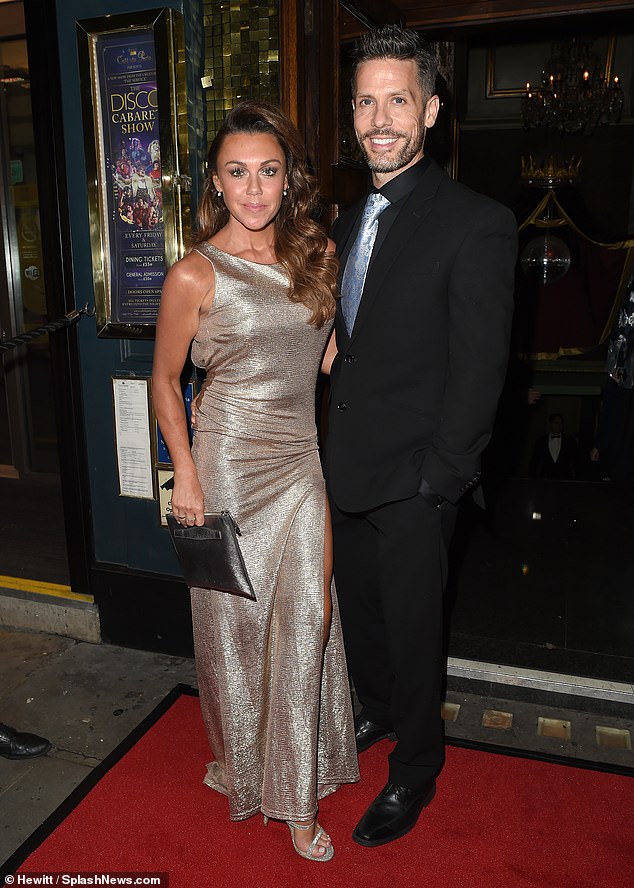 ‘I am quite young as a mum to go through everything. Bouncing on a trampoline with my kids was embarrassing. That was my massive embarrassment.

‘I used to be that fun mum but I knew that I couldn’t. Now I feel more confident. It makes me feel less vulnerable and it’s really helped.

‘I had not thought about vagina rejuvenation before but I didn’t want to go through another operation. It is an alternative to non-invasive surgery and it works. And it is actually quite nice.’

Michelle had a hysterectomy to stop her getting cancer after testing positive for the BRCA2 gene. 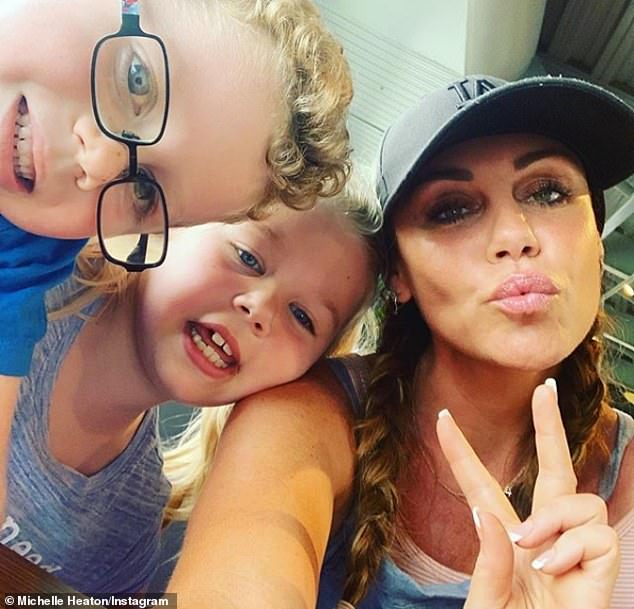 ‘I used to be that fun mum’: The Liberty X star is a mum to Faith and Aaron and said her battle with the medical condition made her feel uneasy when playing with them on the trampoline

She had a double mastectomy and breast reconstruction surgery in 2012, followed by a full hysterectomy in 2015, after the birth of her second child.

Michelle would have loved a third baby – but while she’s unable to have more children, she’s decided to become a mum again to an eight-week old puppy.

She said: ‘I’m getting a silver Labrador and she comes in a week. 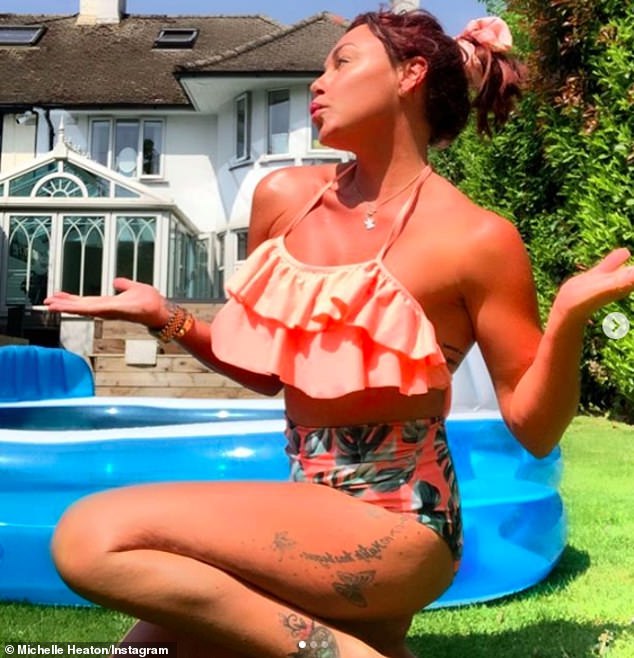 ‘Struggling’: The ex-singer has been making the most of lockdown by enjoying the weather, as well as homeschooling her children, which she says has been a difficult experience

‘I wanted another baby and I can’t have one, so this is the next best thing. We’re going to call her Bella.

‘The thing is my kids are at an age where they don’t necessarily need me and I just want somebody to need me. Obviously they all love me but I need something. I want to cuddle it I want it to sleep on me.’

The TV personality confessed to finding homeschooling her son difficult as he struggles with his breathing, vision and has recently been tested for dyslexia. 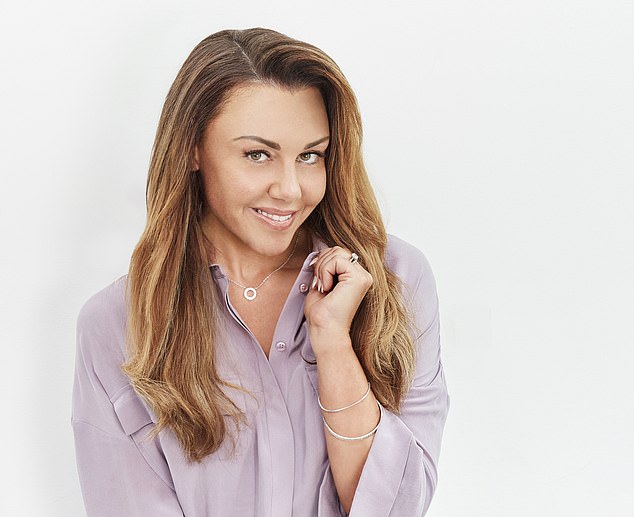 Happier: Michelle is the face of Silk’n Tightra’s home vaginal rejuvenation device that she says has helped to improve her confidence in the bedroom after having a hysterectomy

She said: ‘I was confused at first why they want to send back year one but then I thought that’s the year he found out he couldn’t see properly, he couldn’t breathe properly, he’s being tested for dyslexia, so it’s a very poignant year.

‘I have been struggling because he gets frustrated that he can’t read properly and I’m not a teacher. I will send him back to school if it all goes ahead.

‘He misses all his friends and he doesn’t understand at six years old why they can’t come over and give him a cuddle. He kind of understands but it’s so sad.’