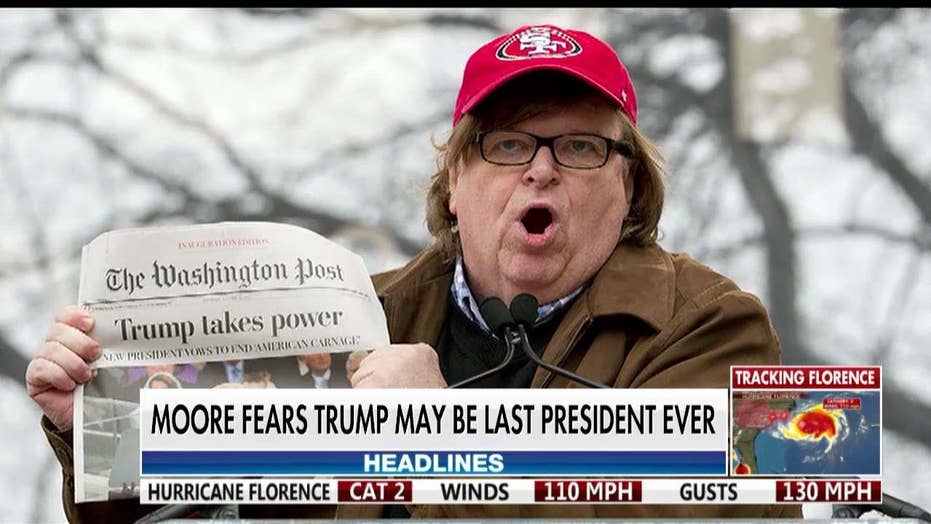 Michael Moore: ‘Absolutely’ Possible That Trump Is the Last Ever President

In the wake of the Taliban’s conquest of Kabul, the capital of Afghanistan, left-leaning filmmaker Michael Moore tried to compare the January 6 U.S. Capitol riot to the Taliban conquest of the presidential palace in Kabul.

“Their Taliban, our Taliban, everybody’s got a Taliban,” Moore tweeted with pictures of the Taliban at the presidential palace and the rioters in the U.S. Capitol. “They’re at their best when they confiscate the halls of power.”

“Thanks for making the perfect case as to why January 6 wasn’t an insurrection,” political comedian and columnist Tim Young replied on Twitter.

“I have clients in Afghanistan who are desperately clinging to their fading hopes of escape,” U.S. immigration lawyer Matthew Kolken responded. “You are a clown [Michael Moore]. You should go to Afghanistan…and stay there.”

Stephen Miller, a contributor to The Spectator, responded, “So by this analogy, the Taliban will be gone in about 3 hours and then Afghanistan will certify the results of a democratic election?”