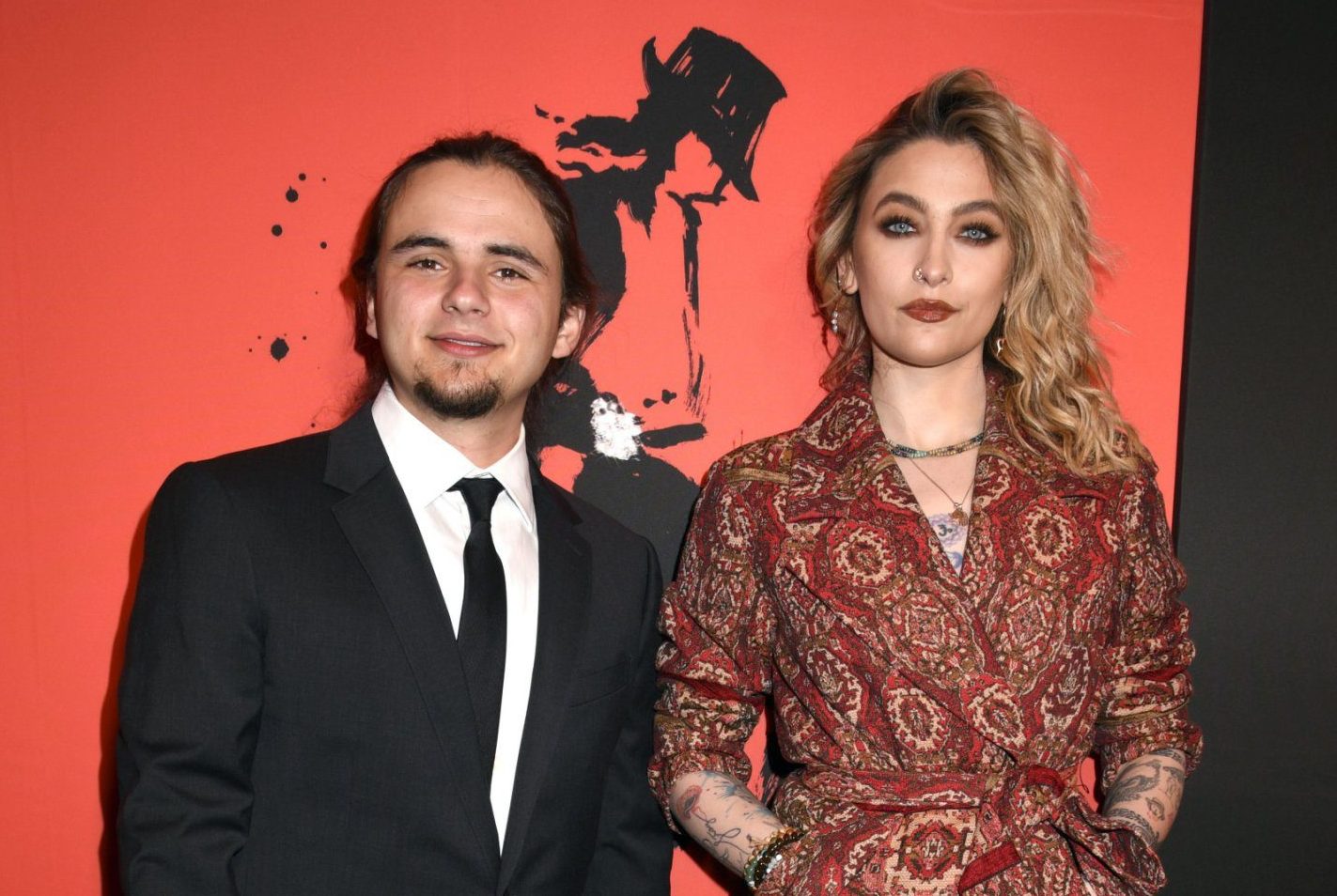 Although Blanket, 19, opted to skip the red carpet during his rare public appearance at the Neil Simon Theatre, older siblings Prince, 24, and Paris, 23, happily posed for pictures at the event.

Wearing her blonde hair loose and tousled, the model and musician perfectly matched her lipstick to her coat and completed the look with bronzed eye make-up.

Brother Prince looked dapper in the classic choice of black suit, white shirt and black tie, with a statement watch and chunky rings adding a little edge as he smiled for photographers.

Paris and Prince are the children Michael, who died in 2009 from a propofol overdose, shared with second wife Debbie Rowe.

Blanket was born in 2002 via a surrogate whose identity is unknown.

The new bio-musical show, directed and choreographed by Christopher Wheeldon, includes over 25 of the singer’s biggest hits, and follows Jackson as he prepared to embark on his Dangerous world tour of 1992 and 1993.

Newcomer Myles Frost steps into Jackson’s shoes for the show, with the actor wearing a black knee-length jacket with silver beaded embellishment and black leather trousers, finishing off his outfit with a pair of small, frameless mirrored shades.

He is making his Broadway debut in MJ: The Musical, after Tony nominee Ephraim Sykes left the show due to a scheduling conflict.

Director Spike Lee also turned up for the show’s opening night, wearing a Beat It T-shirt in a nod to his friend and an orange jacket.

The show’s opening comes shortly after Jackson’s sister, singer Janet Jackson, revealed that he would bully her over her weight when they were young.

In her newly-released four-part documentary series Janet, marking 40 years since her self-titled debut album, the 55-year-old spoke about how his taunts ‘affected’ her.

‘There were times when Mike used to tease me and call me names. ‘Pig, horse, slaughter hog, cow,’ she said.

‘He would laugh about it and I’d laugh too, but then there was some­where down inside that it would hurt.

‘When you have somebody say you’re too heavy, it affects you.’

Janet also got candid over the child abuse allegations her late brother faced from 1993, revealing she felt ‘guilty by association’.

Janet’s other family members, including nephew Taj Jackson, have been vocal in supporting Michael over the serious allegations.

Michael’s brothers, Marlon and Jackie, claimed the controversial Leaving Neverland film ‘did not present any evidence’ to prove their brother’s guilt.

‘These types of things always come up, this isn’t the first time’, said Marlon.

‘When you’re in this business they take shots at you and people try to make money off you. This is one of those moments.’