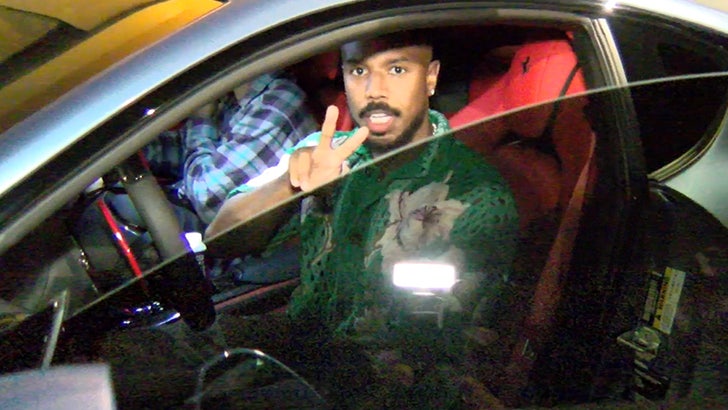 Michael B. Jordan was recently compared to Denzel Washington — and after much internet debate … the man himself has weighed in himself to us on camera.

We got the movie star Friday night while leaving Catch in WeHo, and asked him what he made of people suggesting he’s the next DW of his generation. Mike played it cool and humble … saying the great Denzel is his “mentor,” and saying it’s all love between them.

That doesn’t really answer the question, frankly, but it’s a polished response he seems to have had ready — which is fine. And, perhaps his resistance to stack himself up against Mr. Washington speaks volumes in and of itself.

ICYMI, MBJ and Denzel were both trending earlier this week after a Twitter user openly asked folks if Mike was the next Denzel of this day and age … and his question was met with fiery responses, mostly disagreement. Of course, the jokes flew at Mike’s expense too.

The consensus online seems to be … hell no — Michael’s no Denzel, not even by a long shot. Some have pointed out that the dude seems to be more of a good-looking A-lister type instead of someone with spectacular chops, per se. Fair point … he hasn’t been nominated for too many prestigious solo acting awards in his career — at least not yet, anyway.

Maybe that can change, though, because it seems he and Denzel might’ve gotten pretty close on the set of the latter’s new flick, which has MBJ as the lead. It’s called “A Journal for Jordan” … and it’s all about a war vet who leaves behind love letters for his kid.

Based on what Mike tells us here in this interview, perhaps Denzel might’ve given him a pointer or two.