Mel B’s teenage daughter Phoenix Chi has accused Stephen Belafonte of beating their family dog and ‘laughing’ after the pet became so ill that it needed to be put down.

Phoenix, 19, the Spice Girl’s oldest child from her first marriage to dancer Jimmy Gulzar, made the claim after Mel recounted their difficult ten-year marriage and subsequent divorce in her new autobiography, the appropriately titled Brutally Honest.

‘Stephen didn’t like me,’ she told The Sun. ‘Not in a grown-up “I disapprove of you” way. He was like a kid — a bigger, sneakier kid. 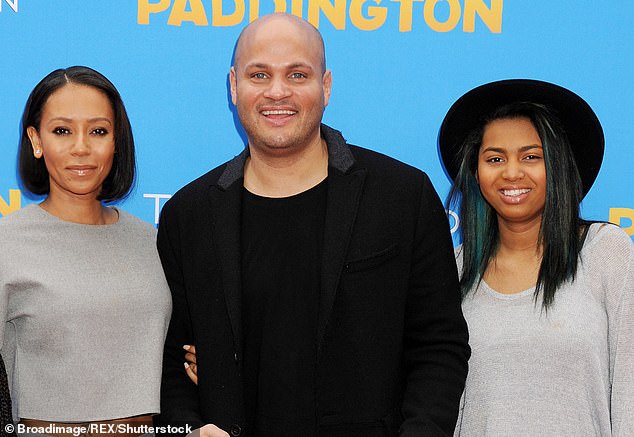 Controversy: Mel B’s teenage daughter Phoenix Chi has accused Stephen Belafonte of beating their family dog and ‘laughing’ after the pet became so ill that it needed to be put down

‘He beat up my dog, and laughed when Lordy got so ill he had to be put down. “Now you don’t have to walk him.”‘

Phoenix admits she took an immediate to dislike to Belafonte, who she claims was controlling and abusive long before he married her mother in 2007.

Reflecting on their initial meeting, after which Belafonte was around ‘all the time,’ she admits her picture perfect life in Los Angeles soon turned into a nightmare. 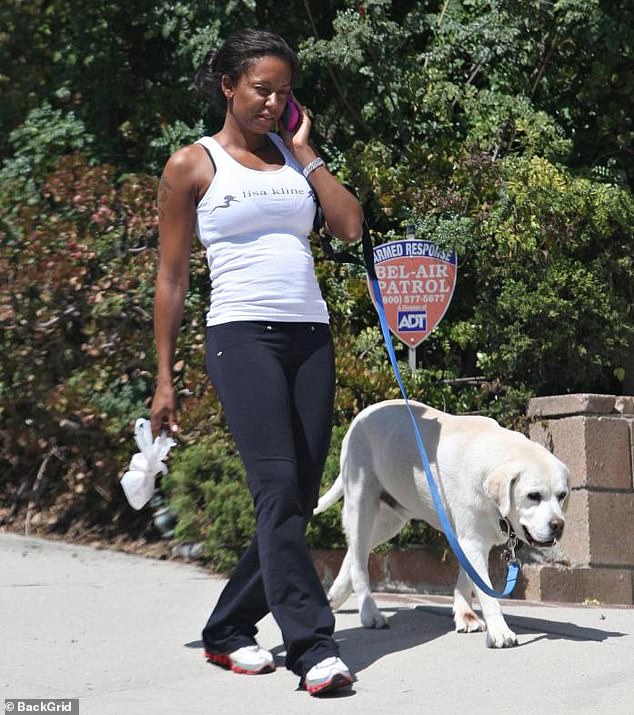 Allegation: ‘He beat up my dog, and laughed when Lordy got so ill he had to be put down. “Now you don’t have to walk him,'” she claimed (Pictured: Mel and Lordy)

‘By then I was nearly ten years old and I’d woken up to the fact that life can just suddenly turn into a pile of c**p,’ she explained.

‘He left s**t in my room. He would start screaming about things like me leaving food, and go so ballistic it was as if I’d committed a crime. I couldn’t talk to my mom — someone else who looked like her was in her body. She believed every word he said. She loved him. Maybe I had to suck it up. I didn’t want to ruin it for her.’

The claims come after  Mel revealed she was left ‘traumatised’ by sex tapes filmed by her husband of ten-years. 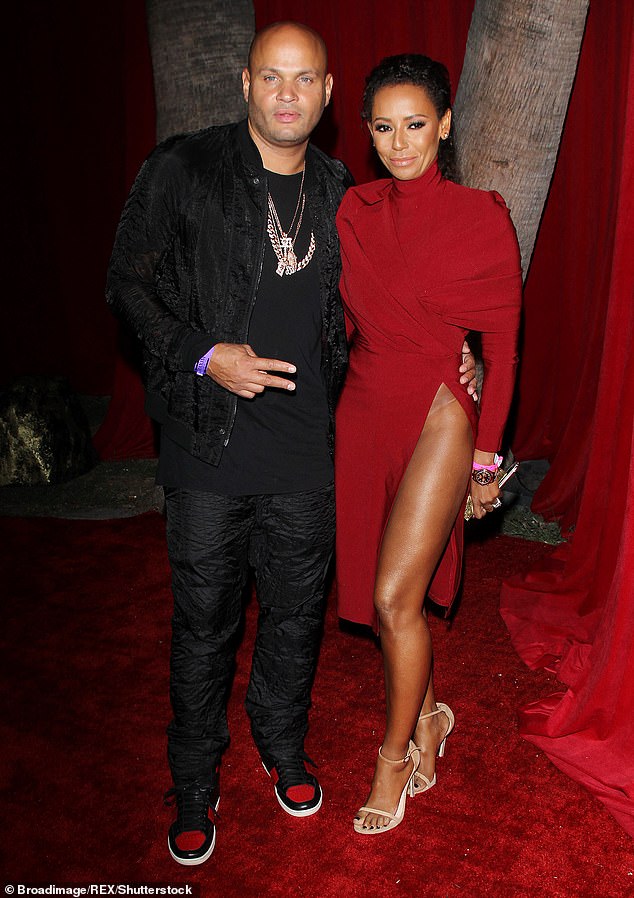 Acrimony: Phoenix admits she took an immediate to dislike to Belafonte, who she claims was controlling and abusive long before he married her mother in 2007

Recounting the eerie moment, which happened just a few months after the couple married, she wrote: ‘Remembering that it had been videoed, I jolted awake. A video. A sex video. 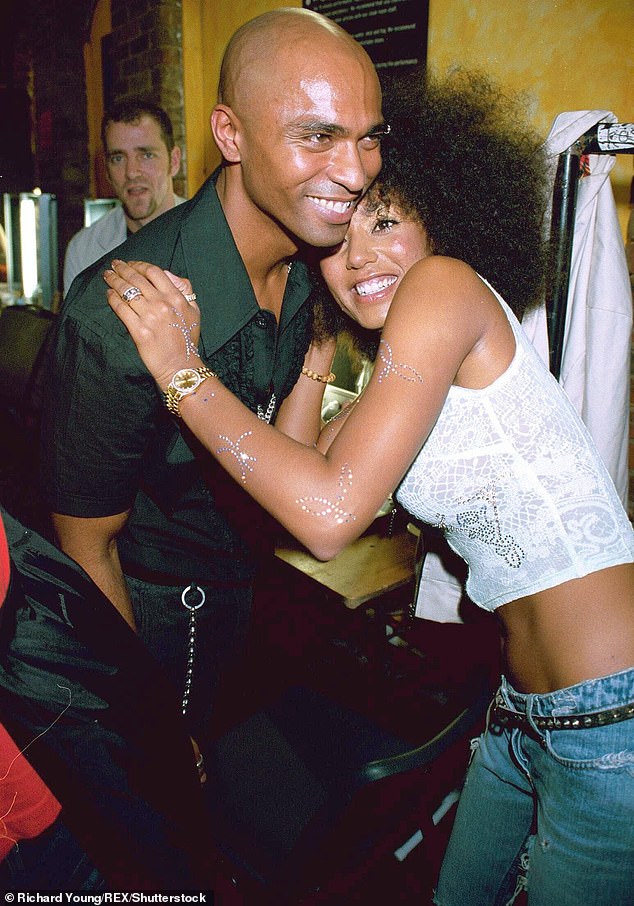 Attempting to reason with her negative thoughts, she questioned how it would be possible for the man she’d just married to want to ‘ruin’ and ‘control’ her in this way, ultimately asking herself how she could have gotten it ‘so very wrong.’

Mel also detailed how in March 2017, shortly after walking away from Stephen, she began a court case with initial charges against him involving domestic violence.

The star explained how, as part of a mediation settlement, in November 2017 she agreed to drop domestic violence ­charges.

She made the deal – which she now regrets doing – in order to stop all of the 64 sex tapes which Stephen made during their marriage from being shown in open court.

The Spice Girl also revealed that she was forced to watch the videos, because of a legal requirement, confessing that it was ‘the most difficult time’ for her.

Addressing assumed scepticism on behalf of the reader about the ‘difficulty’ of watching back her sexual encounters, Mel made some brave disclosures.

She admitted that she has had threesomes to please her partner, and has no memory of some of sexual encounters which she saw herself in on tape.

Mel said: ‘I am frightened when I see myself in some of these videos. I have seen myself used sexually in a way that I did not enjoy or want. Traumatised. It is an understatement.’

The television star detailed the callous nature of the hours of video footage, which included clips which Stephen had filmed on his phone when Mel was ‘visibly out of it’ and struggling to comprehend his demands.

Distressingly, Mel revealed that her daughter Phoenix was in a few of the clips, having been dragged in to ‘see her mother in a state.’

Watching other footage within the tapes led to Mel experiencing flashbacks of memories she’d previously blocked herself from remembering.

‘Me waking up in pools of p**s, vomit, s**t and blood, being mortified, dragging myself up and rolling up my white sheets. Stuffing them soiled and filthy into bin bags, showering over and over again.’