Megan Barton-Hanson sent temperatures soaring as she treated her fans to a very racy Instagram post on Friday.

The former Love Island, 27, ramped up the heat as she showcased her ample assets in a red latex cutout midi dress while elevating her height with black heels.

It comes as Megan hit back at a troll for calling her a ‘h*e’ and a ‘w**re’ in a DM following her breakup with TOWIE’s James Lock. 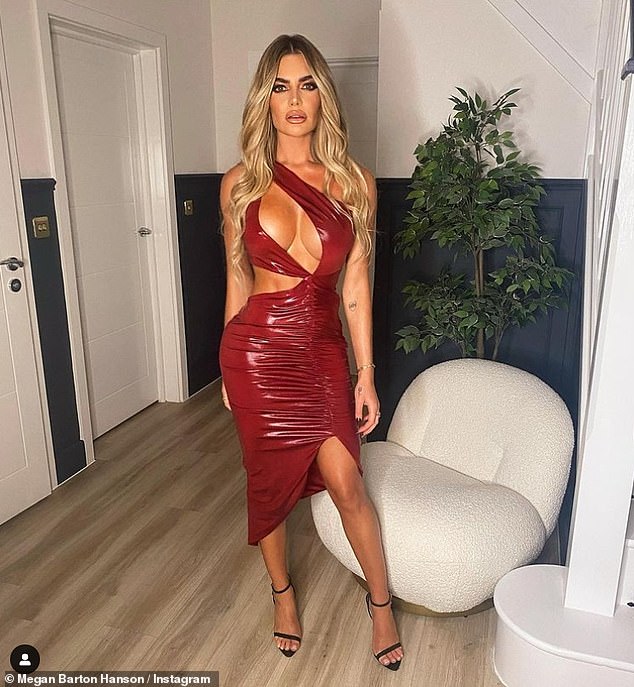 Hot stuff: Megan Barton-Hanson showcased her ample assets in a red latex cutout dress for an Instagram post on Christmas Eve before hitting out at a slut-shaming troll

Flashing her bronzed legs in the thigh-split number, she wore her blonde locks in gorgeous waves and pouted up a storm for the camera.

In her caption, she wrote: ‘Christmas Eve eve with the new hurrr.

It came as Megan exposed a troll who targeted her with a string of expletives in a DM after reports of a breakup with Lockie. 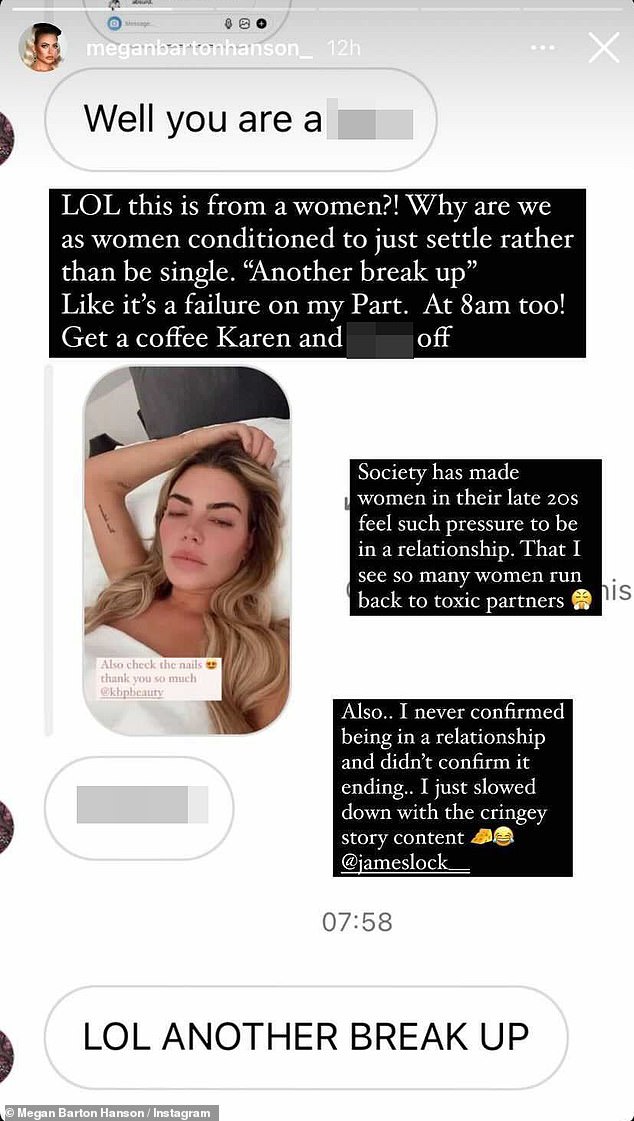 Vile: It comes after Megan hit back at a troll for calling her a ‘h**’ and a ‘w****’ in a recent DM following her reported breakup with Lockie

She shared a screenshot of the messages to her Instagram Story, along with the caption, ‘LOL this is from a women?!

‘Why are we as women conditioned to just settle rather than be single. “Another break up” Like it’s a failure on my Part. At 8am too! Get a coffee Karen and F*** off.

‘Society has made women in their late 20s feel such pressure to be in a relationship. That I see so many women run back to toxic partners.

‘Also.. I never confirmed being in a relationship and didn’t confirm it ending.. I just slowed down with the cringey story content da @jameslock.’ 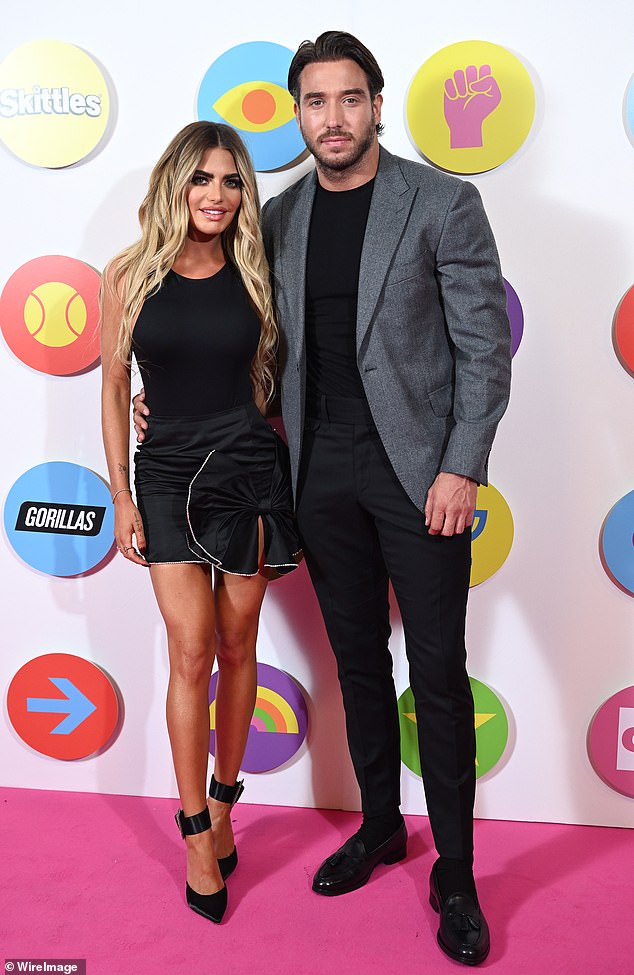 Exes: MailOnline reported that Megan had split from James – just two months after the pair went public with their new romance (pictured in November 2021)

MailOnline reported that Megan had split from James – just two months after the pair went public with their new romance.

The reality stars are thought to have ended their brief relationship a week after returning from a Christmas city break in New York, where they struggled to get on.

A source told told how the pair had argued on several occasions throughout their romance, including at last month’s Gay Times Honours after making their first red carpet appearance together.

An insider said: ‘Megan’s relationship with James hasn’t worked despite her being hopeful after he surprised during the early days of them dating. 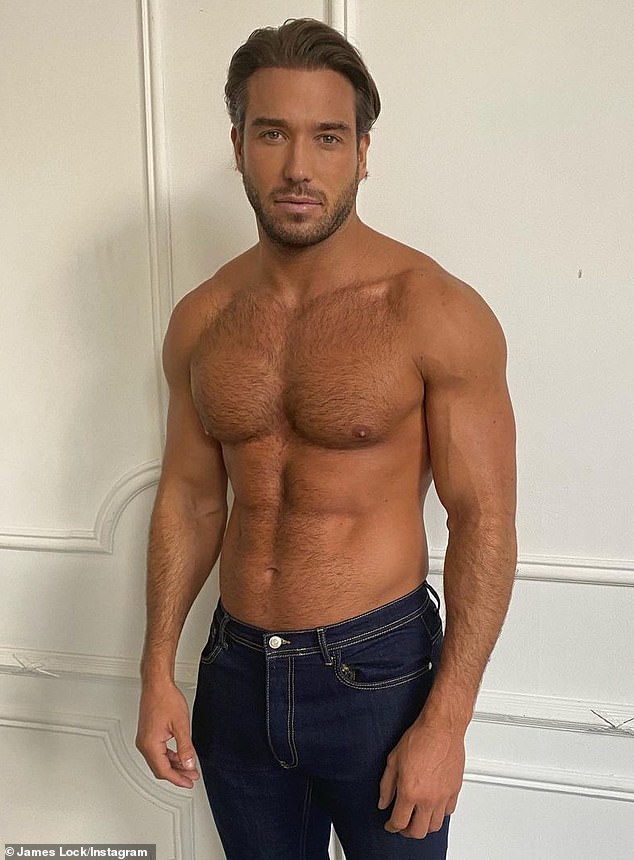 Moving on: The former couple met during filming of MTV dating show Ex on the Beach and quickly became infatuated, sharing sexy messages on each other’s Instagram pictures

‘As time has gone on, they have argued more and the holiday they shared together in New York last week didn’t go at all to plan.

The reality couple went red carpet official with their romance at the Gay Times Honours in London last month after going public in October.

They met during filming of MTV dating show Ex on the Beach and quickly became infatuated, sharing sexy messages on each other’s Instagram pictures.

James was forced to break the news of his new relationship to ex-girlfriend Yazmin Oukhellou during scenes filmed for the last series of TOWIE. 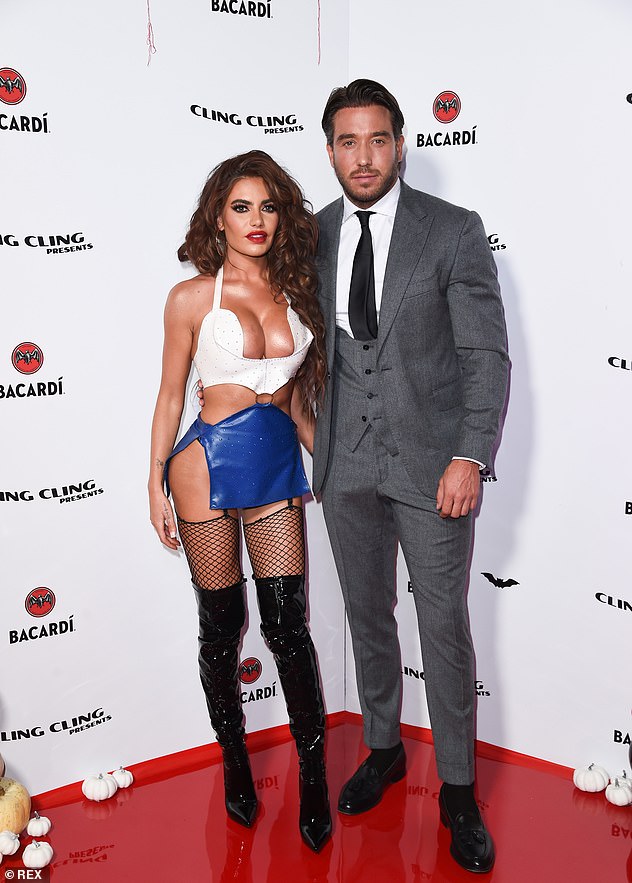 Romance: Megan admitted to being pleasantly surprised by James, who she insisted was nothing like his TV persona (pictured in October 2021)

Their relationship came as a surprise to the cast – after Megan dated ITVBe regular Demi Sims following the breakdown of her relationship with footballer Chelcee Grimes.

The former glamour model vowed during an interview last year that she was no longer interested in men and only wanted to be romantic with women.

Speaking in 2020, Megan said: ‘After being in a relationship with a woman, I would say that’s the most in love with someone I’ve been. I can picture my life with a woman.

‘After the relationship with the girl (Chelcee), I was like, ‘I’m definitely never dating men again’. I thought, “I only want a woman.”

‘It feels like a different dynamic and I felt more myself and more content than I ever had felt with a guy. I can see myself marrying a woman.’

Megan, who found fame on Love Island in 2018, admitted to being pleasantly surprised by James, who she insisted was nothing like his TV persona.

Speaking to MailOnline last month, she said: ‘He’s not really this character that I… well I used to watch TOWIE back in the day when he was the bad boy.

‘He’s so down to earth. He’s easy to talk to. He’s so intelligent and you don’t really see that on TV but, yeah, we’re having a great time.

‘He’s really opened my eyes and we’ve been enjoying a lot of time together. Yeah, he’s really surprised me. I didn’t think he would be like that.’ 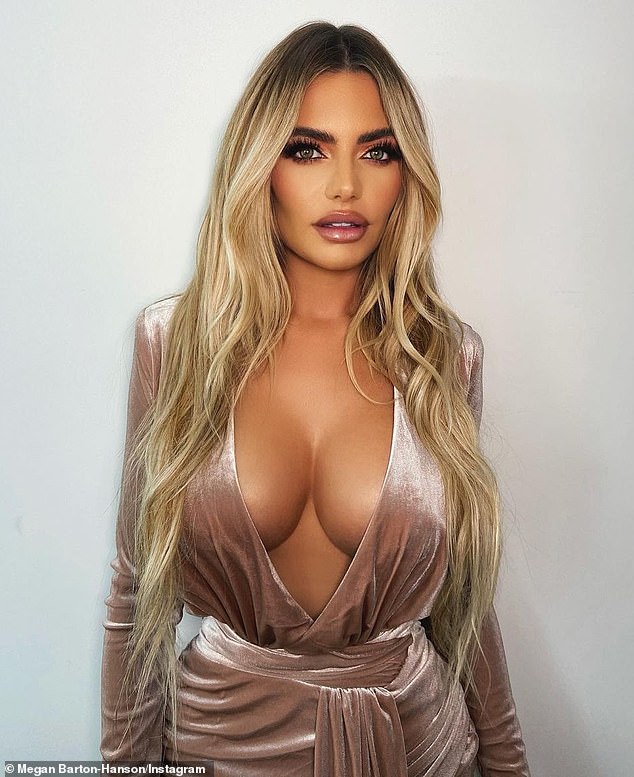 Back then: Speaking to MailOnline last month, she said: ‘He’s not really this character that I… well I used to watch TOWIE back in the day when he was the bad boy’