‘Obsessed!’: Love Island’s Megan Barton Hanson sizzles in lace lingerie before revealing a gold replica of her BREASTS she’s had specially made

She’s never shied away from flaunting her amazing figure.

And Megan Barton Hanson was sure to showcase her sensational physique as she posed up a storm in lace lingerie for a snap shared to Instagram on Wednesday.

The Love Island star, 27, later also excitedly revealed the results of a gold replica of her breasts that she’s had made by Brighton-based artist Lydia Reeves. 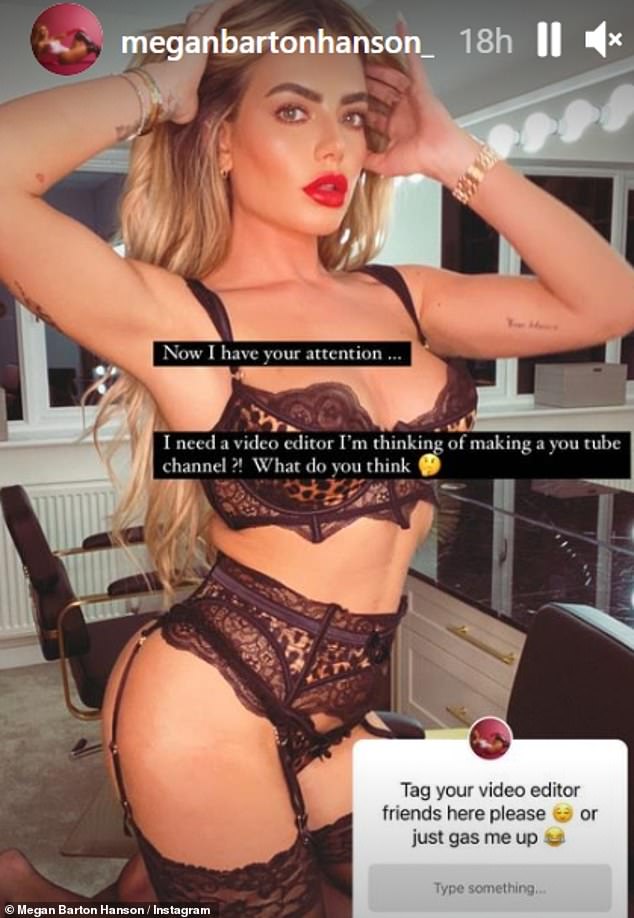 Stunning: Megan Barton Hanson set pulses racing as she posed up a storm in a sizzling lace lingerie set, sharing the snap on Instagram on Wednesday

Megan commanded attention as she set pulses racing in a sizzling lace lingerie set and stockings while posing on a chair.

The beauty took to Instagram to tell fans she’s ‘thinking of making a YouTube channel’ as she grabbed attention with her killer curves.

Running her hands through her hair, the blonde bombshell wrote: ‘Now I have your attention… I need a video editor. Tag your video editor friends here please.’

Just hours later, Megan shared a glimpse at her latest body positivity artwork and gushed over her new piece. 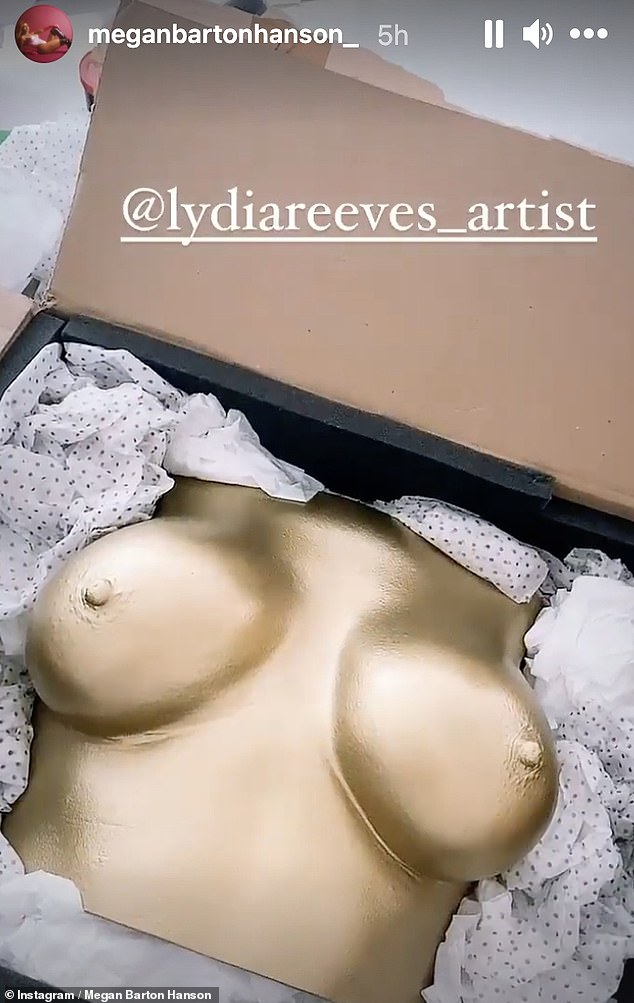 ‘Obsessed’: The Love Island star, 27, later showed off her latest statement artwork – a gold replica of her breasts

Posting a short clip of her new artwork, which revealed her tiny scar piece, Megan declared: ‘Look, even the scar is there. Oh my god I love it. Obsessed!’

Megan then placed the replica on display in her home, making sure it got a good spot where she can continue to admire it.

The blonde beauty had her cast done back in December, sharing the process and a glimpse of artist Lydia’s studio on social media with her fans.

Ensuring she covered all details of the process, Megan also shared footage of Lydia applying moulding solution between her open legs for her vagina cast. 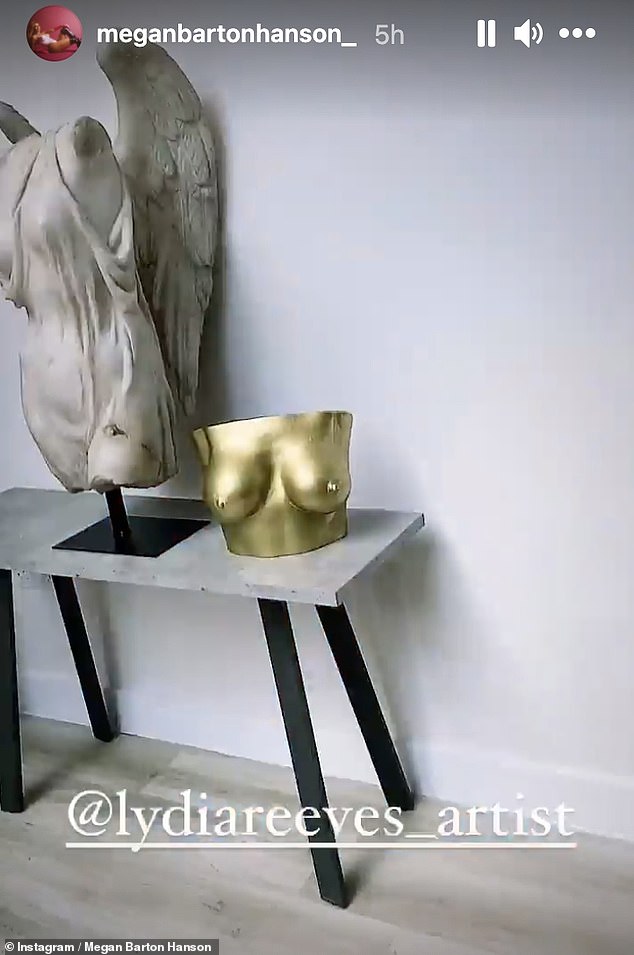 Pride of place: She ensured the new piece was in a good spot at home, placing it on a table 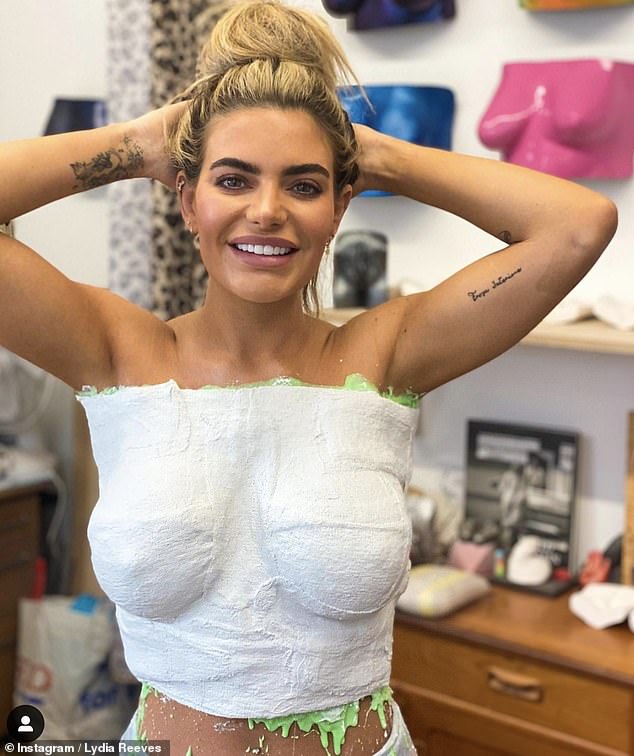 Exciting: Megan had a cast made of her ample assets last December at Brighton-based artist Lydia Reeves’ studio

Joking that she ‘had to’ get a cast of her nether regions, she added a cat emoji as she playfully wrote: ‘Do your thing babe.’

The reality star made jaws drop last week when she confessed she once had sex six times in one day during a candid Q&A session with fans on Instagram.

Taking to her social media on Wednesday, the former exotic dancer divulged how active she is in the bedroom as she answered her followers’ questions.

When a fan asked: ‘Most times you’ve had sex in one day?’ Megan candidly replied: ‘Erm 5/6 but that’s not a regular thing hahaha.’ 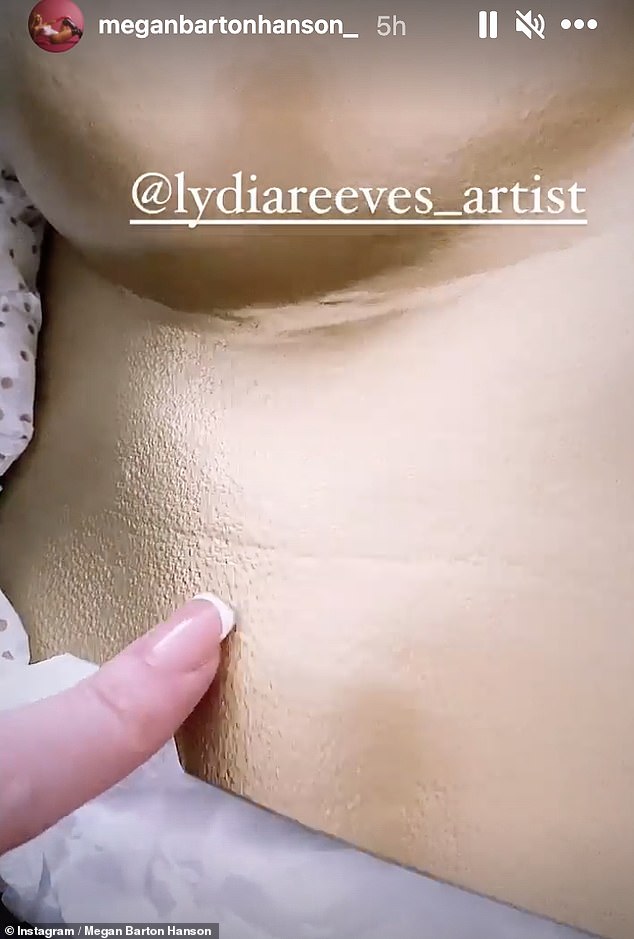 So much detail! The blonde beauty was impressed at how much detail was seen in the statue, with even her small scar being visible

Writing in her column for VICE, she admitted she was ‘exhausted’ constantly trying to meet her male partners’ needs and admits she struggled with the confidence to speak out after seeing the racy films.

Megan, who is bisexual, went onto confess she ‘didn’t really enjoy sex’ until she started dating her first long-term boyfriend as she finally became brave enough to share her own desires.

Offering her own advice to straight men in the bedroom, Megan said: ‘I didn’t start to really enjoy sex until I had my first proper boyfriend.

‘When you’re with someone for a long time, you tend to get more brave and have more open conversations about your feelings and desires. 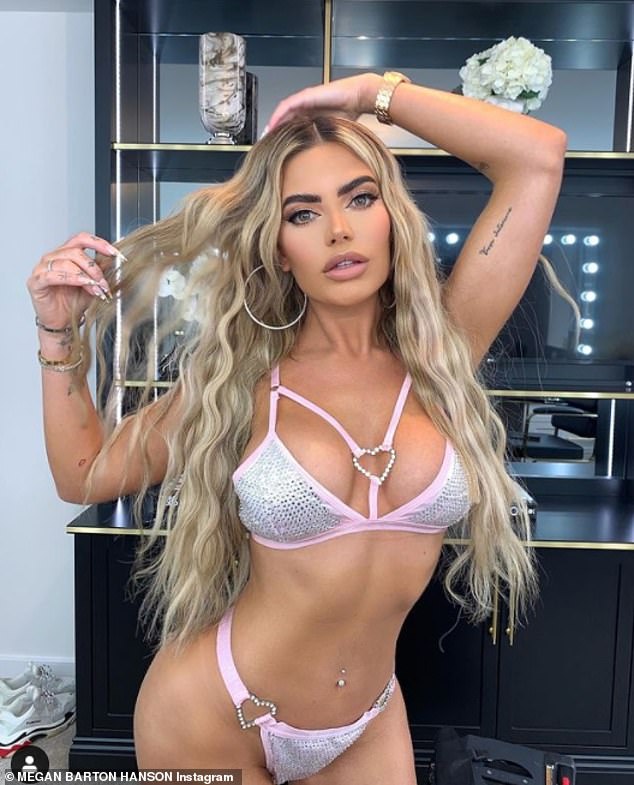 Candid: Megan recently revealed she once had sex six times in one day during a very candid Q&A session with fans on Instagram

“‘Am I moaning too loud? Am I not moaning enough? Am I doing it right? Do I look sexy in this position?” It was exhausting – and it’s exactly the same for men.’

The star went onto say she hopes to empower other women to feel confident and make their own decisions in the bedroom, offering her own tips for straight men so their experiences are healthier and happier.

Since appearing on Love Island in 2018, Megan has continued to delight her fans with racy content on the subscription service OnlyFans. 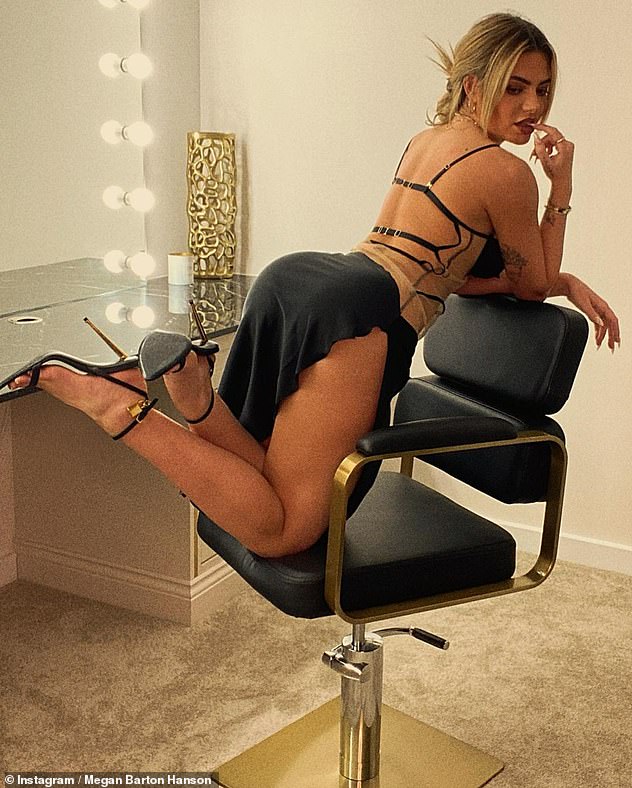 Comfortable in her own skin: Since appearing on Love Island in 2018, Megan has continued to delight her fans with racy content on the subscription service OnlyFans